Review: IN MY SKIN 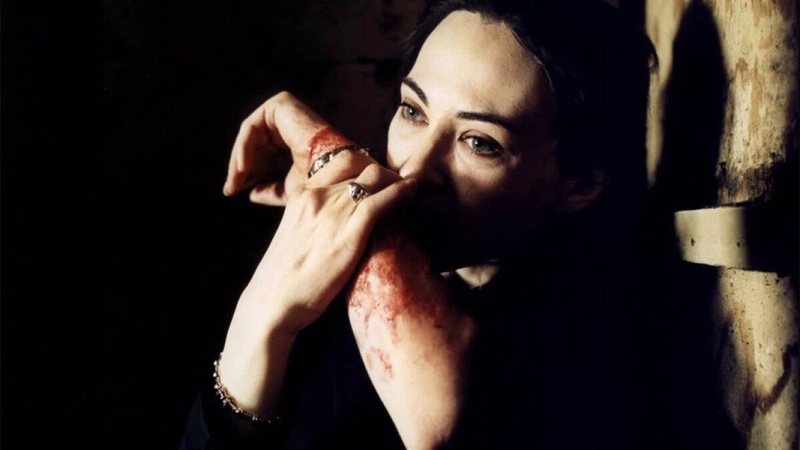 Editor's Note: This was originally published for FANGORIA on November 7, 2003, and we're proud to share it as part of The Gingold Files.

If your experiences watching John Carpenter’s The Thing with a group have been anything like mine, you know that the most squirm-making moment is not any of Rob Bottin’s explosions of monster mayhem, but the simple effect of a man having his thumb sliced open for the blood-testing sequence. Small, identifiable acts like this cut to the heart (pardon the expression) of the violation of the body as the primal source of fear. And if, as many say, true horror lies in what one person can do to another, then self-mutilation—the act of violating one’s own flesh—can be seen as the ultimate shocking transgression. It’s a touchy subject (pardon that expression too) for cinematic drama, and one that Marina de Van’s In My Skin tackles directly and disturbingly.

Anyone familiar with de Van’s previous work as an actress or writer with French director Francois Ozon (particularly on the short feature See the Sea), won’t be surprised by the preoccupation with female pathology in this, her directorial debut. Yet even those who’ve seen Sea, with its startling and unsettling denouement, might be unprepared by how hard to watch some of Skin is. It’s unflinching and graphically gory, yet it doesn’t aim for the sophomoric “shock value” of French brethren like Trouble Every Day. De Van also wrote the script and stars as the protagonist Esther, and as such maintains a tight control on what turns out to be a deeply personal story, albeit one that doesn’t really let us into her heroine’s head even as she’s gouging into her body.

It’s never explained just what Esther gets from the experience of shedding, and ultimately drinking, her own blood; it doesn’t even seem to be the end result of a psychological process. Esther literally stumbles into her gruesome hobby by accident, when she trips and gashes her leg after leaving a party. The wound begins to exert a strange fascination on her, and she becomes obsessed with wounding herself, cutting her skin with knives, collecting and even eating her own flesh. Is Esther’s rebellion against her own body, or against a society or relationship that make her into a “piece of meat”? Is she expressing self-love in its most visceral form, or self-hatred? Or is she simply going mad?

It’s hard to tell; In My Skin is simply a specific case study without the psychological trimmings, and de Van’s passion and commitment to it are palpable, which lends the film a strength it probably wouldn’t have had if the director, writer and star had not been one and the same woman. As a filmmaker, she lends a cool air of detachment to her presentation, but her performance is fiercely committed, and it may be the dichotomy between the two that lends the film its strange fascination. And while one could take her to task for not explaining the motivations behind Esther’s behavior, she’s to be commended for not offering easy answers either.

De Van’s images approach the surreal at numerous points (most notably in a restaurant scene where Esther imagines that she detaches her own hand at the table while her dining partners drone on about business banalities), but they remain grounded by de Van’s serious approach; this burgeoning filmmaker clearly has some interesting things on her mind. She’s also able to make the most of a limited budget, with cinematography by Pierre Barougier and makeup FX by Dominique Colladant that add to the disquieting atmosphere. Even if de Van doesn’t flesh out (pardon that expression too) what motivates Esther, she makes us want to keep watching her, even when there are several moments that would lead just about anyone to look away.