Review: THE HOUSE OF THE DEVIL 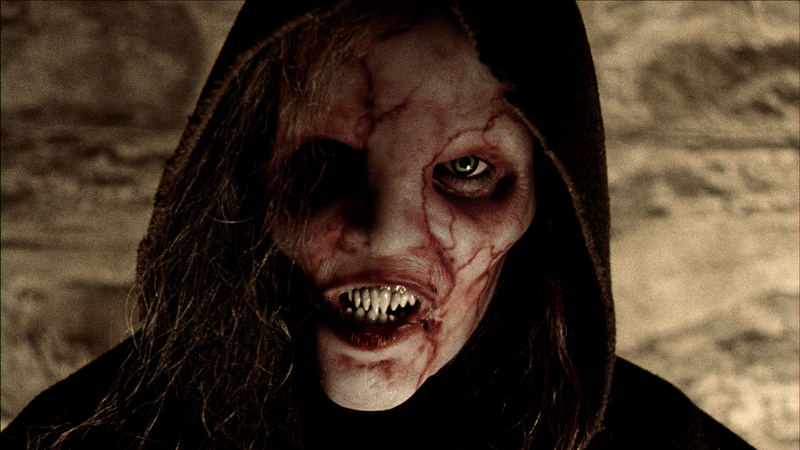 Editor's Note: This was originally published for FANGORIA on April 27, 2009, and we're proud to share it as part of The Gingold Files.

The house in question belongs to Mr. and Mrs. Ulman (Tom Noonan and Mary Woronov), but they don’t enter the picture for a little while. West spends the first act letting us get to know his heroine Samantha (the instantly appealing Jocelin Donahue), a student at a suburban college who has just moved into her own apartment and needs some fast cash for the first month’s rent. Answering a posted ad for a babysitter, she winds up being driven to the Ulman home by her best friend Megan (Greta Gerwig), who has misgivings about the situation from the start, and whose feelings about it don’t get any better once they arrive at the house—a big, creepy old place way out of town in the middle of dark woods.

West manages the tricky balancing act of sprinkling in assorted little signposts that perhaps all is not right with this job, without making anything so obviously threatening that Samantha seems like a fool for sticking around. Perhaps his greatest stroke is his casting of the Ulmans: Noonan, with his kindly yet imposing demeanor and voice that skirts the line between soothing and menacing, is perfectly matched with Woronov, whose line readings imply a sense of superiority even when she’s acting friendly. They seem like eccentric but basically decent folks, and even though the exact nature of the sitting gig isn’t exactly what Samantha expected…well, the pay winds up being better than she thought it would be too. And everything seems normal after Megan and the Ulmans drive off into the night, leaving her alone in the big old place. She bides her time exploring its many rooms, watching TV reports about an impending lunar eclipse (uh-oh…) and ordering in a pizza. Then the funny noises start…

The nature of what will come to endanger Samantha is no surprise given the movie’s title and an opening text screen discussing the “satanic panic” of the 1980s, but shocking the audience with a third-act reveal isn’t part of West’s m.o. He’s more interested in the slow-burn build of tension leading up to the trap being sprung on Samantha, and though not much “happens” in the first hour, he keeps the suspense cooking at an admirable pitch. Even the introductory scenes on campus carry an eerie sense of isolation, and once Samantha is ensconced at the Ulmans’, Eliot Rockett’s cinematography is drenched in palpable nighttime dread. Just as important, if not even more so, is the soundtrack; as they did in The Roost, composer Jeff Grace and audio designer Graham Reznick create a sonic atmosphere that suggests something terrible is about to happen at any moment.

And they do, eventually, with the movie switching to hardcore-horror mode and showcasing some seriously nasty gore (by the Quantum Creation FX gang, who also provided all the nastiness in Splinter). As deft as he is with the subtler side of fear mechanics, West also knows how to time a good jolt, and a couple of moments had the entire Tribeca Film Festival premiere crowd jumping out of their seats.

It’s by now a cliché to refer to a movie that adopts an unironic, back-to-basics approach as being “in the ’80s tradition,” and West goes the extra length of actually setting his story in that decade. Beyond a montage in which Samantha rocks out around the house to The Fixx’s “One Thing Leads to Another,” however, the markers are generally incidental and matter-of-fact: our heroine listens to her music on an old Walkman rather than an iPod, uses a pay phone instead of a cell phone and, most notably, only needs $300 for that first month’s rent. Things were simpler back then, and so were low-budget chillers, and that’s a spirit that West captures well in The House of the Devil. It’s an unpretentious film that asks the audience to go on a ride that downshifts from the in-your-face approach that’s so in vogue these days—and rewards them with a good case of the creeps.