The Sanderson Sisters Are BACK, Baby

Midler, Parker and Najimy are all confirmed for HOCUS POCUS 2. 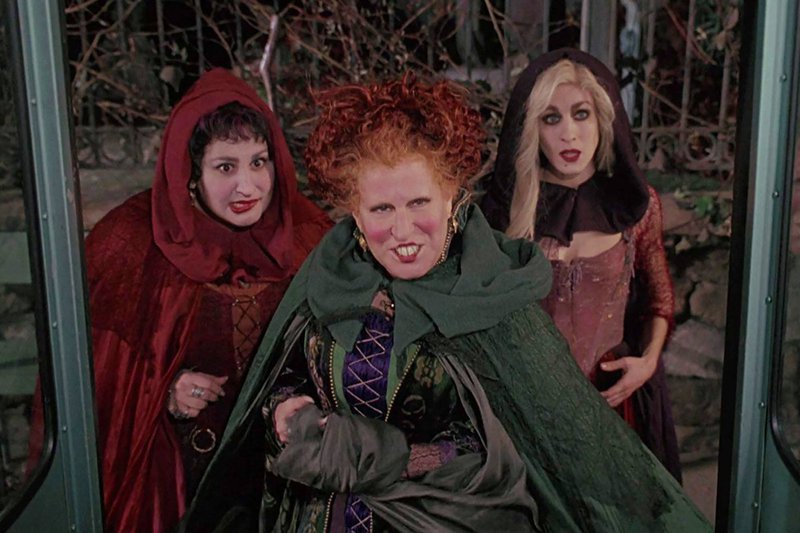 In 2019, Disney announced plans to develop a long-awaited sequel to the beloved, witchy Halloween classic, Hocus Pocus, but it wasn't until today that the stars of the original – Bette Midler as Winifred Sanderson, Sarah Jessica Parker as Sarah Sanderson and Kathy Najimy as Mary Sanderson – are confirmed to reprise their roles. What else is there to say here but amok, amok, amok!

Sistaaaahs! It's been 300 years... But we’re BACK! 🧹 #HocusPocus2 arrives Fall 2022 on @DisneyPlus. pic.twitter.com/OFMTlfjCDq

Hocus Pocus is a Samhain standard, and while Kenny Ortega's riotous direction and the eyeball-pleasing, extremely autumnal art and production design by Nancy Patton and William Sandell are a huge part of that success, the lion's share of the film's endurability is due to the hilarious and bizarre performances behind the Sanderson Sisters. It just wouldn't be Hocus Pocus 2 without Midler, Parker and Najimy.

Variety reports that previously-announced director Adam Shankman now has a conflict due to Disenchanted, but he'll stay on as EP and be replaced in the director's chair by his creative partner Anne Fletcher (which keeps the Ortega/Shankman tradition alive of these films being directed by choreographers!).

Also from the article:

Disney isn’t exactly reinventing the wheel for the follow-up. The sequel centers on three young women who accidentally bring the Sanderson sisters back to modern day Salem and must figure out how to stop the child-hungry witches from wreaking a new kind of havoc on the world.

“Now more than ever, people need to laugh,” Fletcher said. “We should be laughing every day, and there is so much fun to be had with these three unbelievable women playing delicious characters from such a beloved film. I am so grateful to be able to play a part in bringing these witches back to life, and to be working with my friends at Disney again makes it all the more special. This is a movie for everyone, from the fans who grew up with the first film to the next generation of viewers, and I can’t wait to get started.”