HELLBENDER Is Coming To Shudder! Watch The Trailer Now.

Ready to raise some hell with the Adams family? 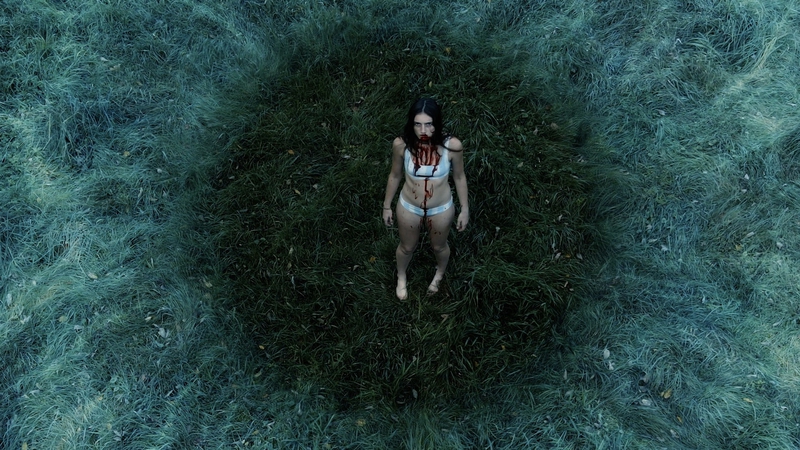 Hellbender (which we were lucky enough to check out during Fantastic Fest) is coming to Shudder, and you all are in for a treat! The Adams family live in upstate New York and make amazingly fun, weird films together. The sixth feature from the family-run production company is written, directed, produced, scored, and edited by Toby Poser, John Adams, and Zelda Adams (The Deeper You Dig) and also stars Lulu Adams. Hellbender focuses on 16-year-old Izzy (Zelda Adams) who suffers from a rare illness that results in living in total isolation with her mother (Toby Poser) on a secluded mountaintop. As Izzy begins to question her sickness and the narrative her mother has fed her for her whole life, she rebels against her confinement and secretly befriends a local girl also living on the mountain. Izzy's friendship with Amber (Lulu Adams) is derailed after she eats a live worm as part of a juvenile game, sparking a violent hunger within her. To understand the root of her hunger, Izzy must unravel the dark secrets of her family's past and the ancient power in her bloodline. Check out the official Hellbender trailer below.