Headless Horseman: The Spirit of Halloween

Paying homage to the ultimate Halloween harbinger of horror! 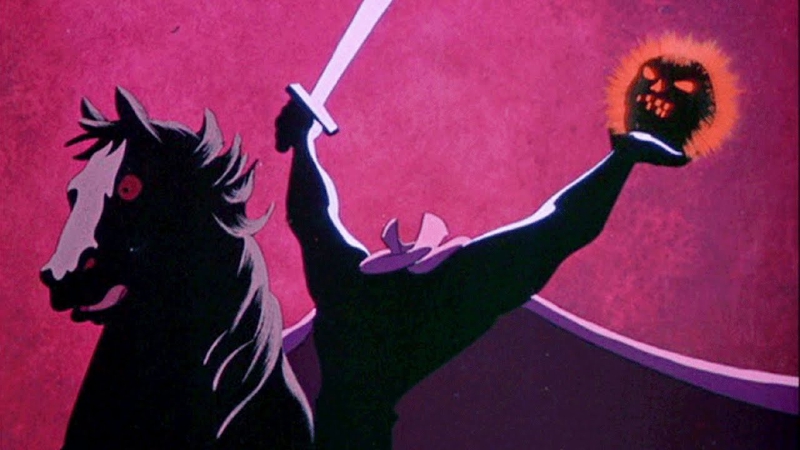 It lives again: Halloween has returned! In the tradition of my favorite holiday, I'd like to honor one of the fine fiends of fear fiction... but which one? For those of us weirdos who live the Halloween lifestyle every day of the year, deciding on a monster that feels especially Halloween-y is a daunting task. While any ol' boogeyman is perfectly acceptable around this time, I want to highlight a horror that can only exist in the chill of an October night: a creature emblematic of all that spooky season stands for! Well, after much gravedigging and coffin-breaking, I've found my perfect Halloween monster: ladies and gentlemen, remove your tops (open to interpretation) for... The Headless Horseman!

Tales of headless phantoms on horseback have existed long before Washington Irving's seminal story, "The Legend of Sleepy Hollow." In fact, they've been galloping about since the Middle Ages. Irish mythology has the Dullahan, a decapitated rider who rides a black steed, tucks their own head under one arm, and uses a spinal cord as a whip (likely the most metal sentence you are going to read today). "Sir Gawain and the Green Knight," a 14th-century Arthurian poem, also featured a man with an unadorned neck. And in Scottish folklore, there is Ewen the Headless, a spectre who is...well, you know.

Haunting as those legends are, the most direct inspiration for Washington Irving's Horseman was Sir Walter Scott's The Chase from 1796, itself a translation of the German poem, "The Wild Huntsman" by Gottfried August Bürger, which was based on Norse mythology (and I thought Bing Crosby made it all up). According to Irving expert Elizabeth Bradley, "Irving had just met and become friends with Scott in 1817, so it's very likely he was influenced by his new mentor's work." The historian says that the poem is "about a wicked hunter who is doomed to be hunted forever by the devil and the 'dogs of hell' as punishment for his crimes."

Despite its obvious European roots, "The Legend of Sleepy Hollow" is as American as MAD Magazine. The 1820 short story, which first appeared in Irving's collection entitled The Sketch Book of Geoffrey Crayon, Gent., is possibly the first true horror story to come out of the United States and certainly one of the most celebrated. Set in the Dutch settlement of Tarry Town (historical Tarrytown, New York) and incorporating historical details from the Revolutionary War, "Sleepy Hollow" brought ghosts to U.S. literature. And while the Horseman hails from Germany within his fictional realm, I like to think of the noggin-free nightmare as the first great American bogeyman. 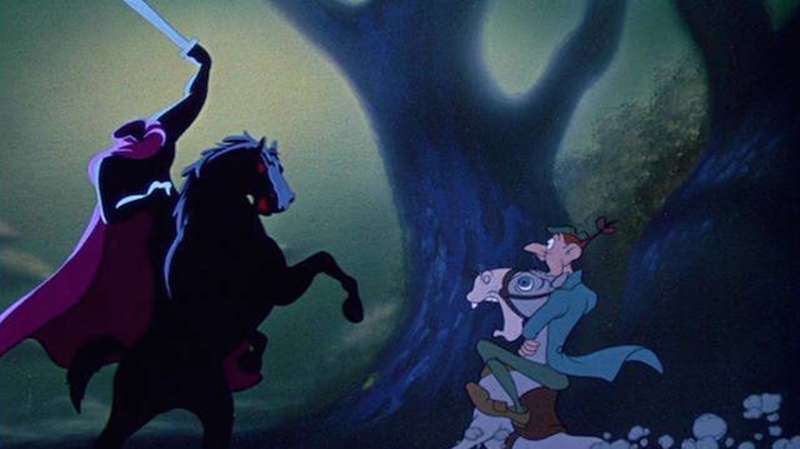 In Irving's story, the Headless Horseman is believed to be the ghost of a Hessian trooper whose head was blown off by a stray cannonball during "some nameless battle" of the Revolutionary War. The primary haunting in Irving's tale involves a lanky, superstitious schoolmaster by the name of Ichabod Crane. After a harvest party and some ghost stories, Crane is menaced by the legendary spook, head on his saddle instead of the more fashionable shoulders. The Horseman pursues Crane until the schoolmaster crosses the bridge adjacent to the Old Dutch Burying Ground, where our dear Horseman is said to "vanish, according to rule, in a flash of fire and brimstone" upon crossing it. But, being rather crafty for a headless gentleman, our Horseman lobs his head at poor Ichabod, sending the schoolmaster tumbling into the dust.

The next morning, ol' Ichabod is nowhere to be seen, as if he had vanished from the face of the earth. All that remains of the former schoolmaster's horrific ride are a wandering horse, a trampled saddle, a discarded hat... and a shattered pumpkin. Now, it is heavily implied that the "ghost" was really just Ichabod's romantic rival, Brom Bones, and that fateful night of fright was just a mundane prank, completely devoid of the uncanny. However, the story is ambiguous enough that one could believe that Crane was "spirited away by supernatural means". And that's what I choose to believe, dear readers!

The Horseman's power extends far beyond the printed page. North Tarrytown, the town that inspired the Legend, officially became Sleepy Hollow in 1996. Washington Irving, who lived in Tarrytown, is now buried at Sleepy Hollow Cemetery. Their high school football team is the Horsemen, and there's even a monument dedicated to Ol' Headless. If there truly is a real-life Halloween Town, it's Sleepy Hollow. 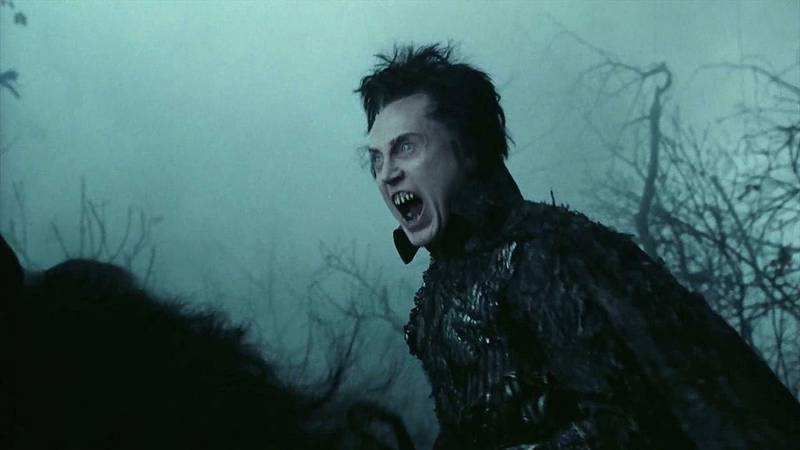 Since the silent era, hundreds of films and shows have featured Irving's specter, the first being a 1922 picture starring Will Rogers. Perhaps the most beloved of these cinematic takes is 1949's "The Adventures of Ichabod and Mr. Toad'," an animated feature that pairs "The Legend of Sleepy Hollow" with a telling of "The Wind in the Willows." Though we aren't bereft of options, the Disney adaptation is my pick for the absolute best. It combines slapstick and scares in a way that can only be achieved through animation. Another notable take is Tim Burton's Sleepy Hollow, a loose adaptation of the story. It owes far more to Hammer than Irving, but it's a perfectly eerie yelp-yarn. And while the Burton film reinvents the tale into a supernatural whodunit, it does retain the essential elements of the Legend. There was also a Sleepy Hollow TV series from 2013 to 2017, but I can't imagine a show that ran for four years being particularly faithful to a twenty four-page story.

The aforementioned shattered pumpkin is a curious aspect of the Horseman. What was once a clue to the spurious nature of the spirit has become part of its mystique. No longer the tool of a charlatan, it has become the weapon of one of horror's most venerated villains. Over the years, the pumpkin has morphed into a surrogate head, which I find far more novel than a detached one. That pumpkin noggin is what separates our Horseman from the others. It has elevated him above the average apparition. It is the reason why he is Halloween's chosen monster. May the Horseman ride forever!