"Wall Of Crazy": How Grady Hendrix Lives Inside His Books

See inside the author's mind (and room). 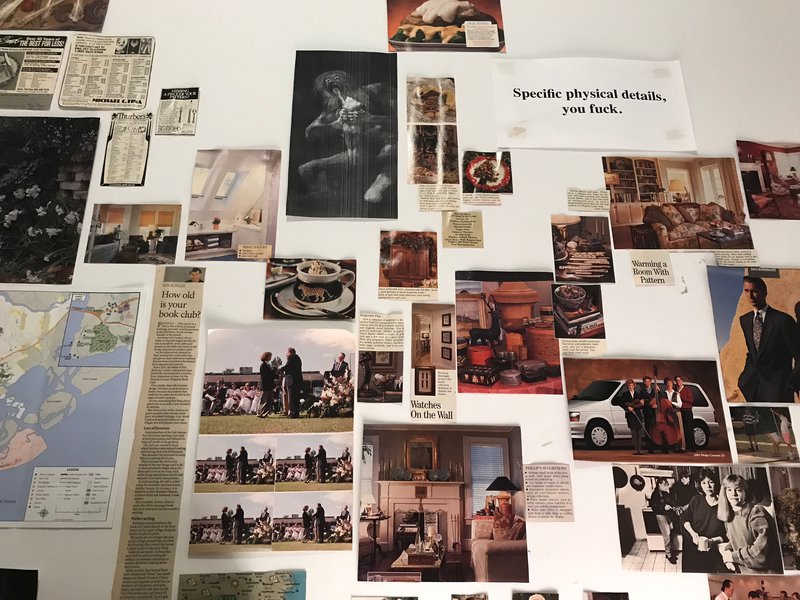 Five years ago, I realized I could either get serious about writing for a living, or I needed to get a day job. I had no skills other than writing, so I doubled down and rented an office around the corner from my house. It’s a tiny sliver, wedged in between a driving school and a company that does medical billing, with just enough room for a desk, a couch and boxes and boxes and boxes of horror paperbacks that I can’t seem to stop buying even though the book I bought them for (Paperbacks from Hell) came out three years ago.

My office serves two purposes. Living in a one-bedroom apartment with my wife while writing books is a good way to get a divorce, so it keeps me married. It’s also not cheap, which means that I need to earn enough each month to pay my rent. That rent check is a tiny cattle prod that keeps me productive.

It also has big, bare walls.

When I started writing My Best Friend’s Exorcism, I buried myself in research, surrounding myself with old yearbooks, copies of my high school newspaper, my high school literary magazine, old photos, letters, and my office walls became an accidental patchwork quilt of calendars from 1988 where I penciled in the academic year for my fictitious Albemarle Academy. I taped up television listings from 1988, newspaper headlines and maps of Charleston, where the book takes place.

I liked living inside my book, so for my next novel, We Sold Our Souls, I made a Wall of Crazy over my desk on purpose, just like the serial killer in Se7en or someone unraveling a government conspiracy. It was so much fun I did it again for The Southern Book Club’s Guide to Slaying Vampires and now it has become a ritual for every single book.

If you’re interested in what unbalanced individuals do when no one’s watching, here’s a guide to The Southern Book Club’s Guide to Slaying Vampire’s Wall of Crazy.

The Wall of Crazy appears over my desk the minute I start seriously digging into a book and hovers over me like a paper ghost until its publication day. Having to fill the wall forces me deeper into my research, and it gives me something to stare at besides the internet when I want to look up from the page. I try to put disparate images next to each other in the hope that they will spark something. ‍ 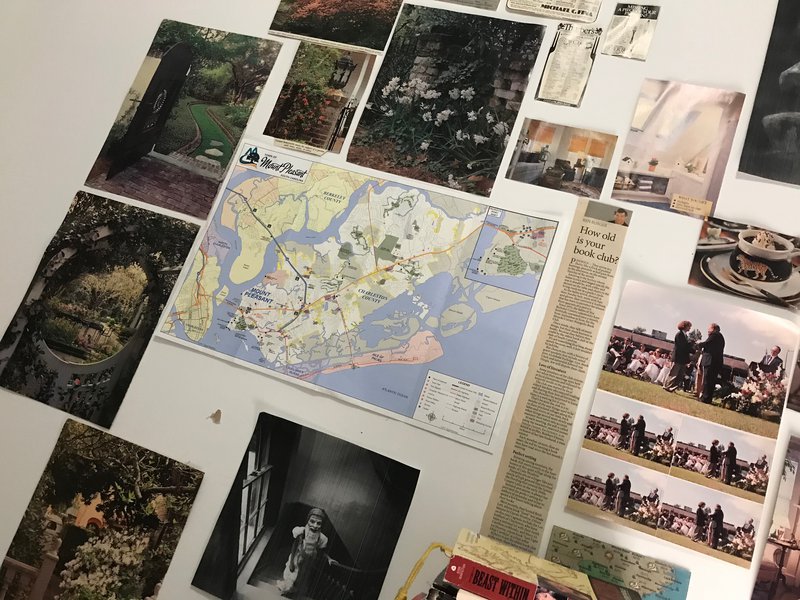 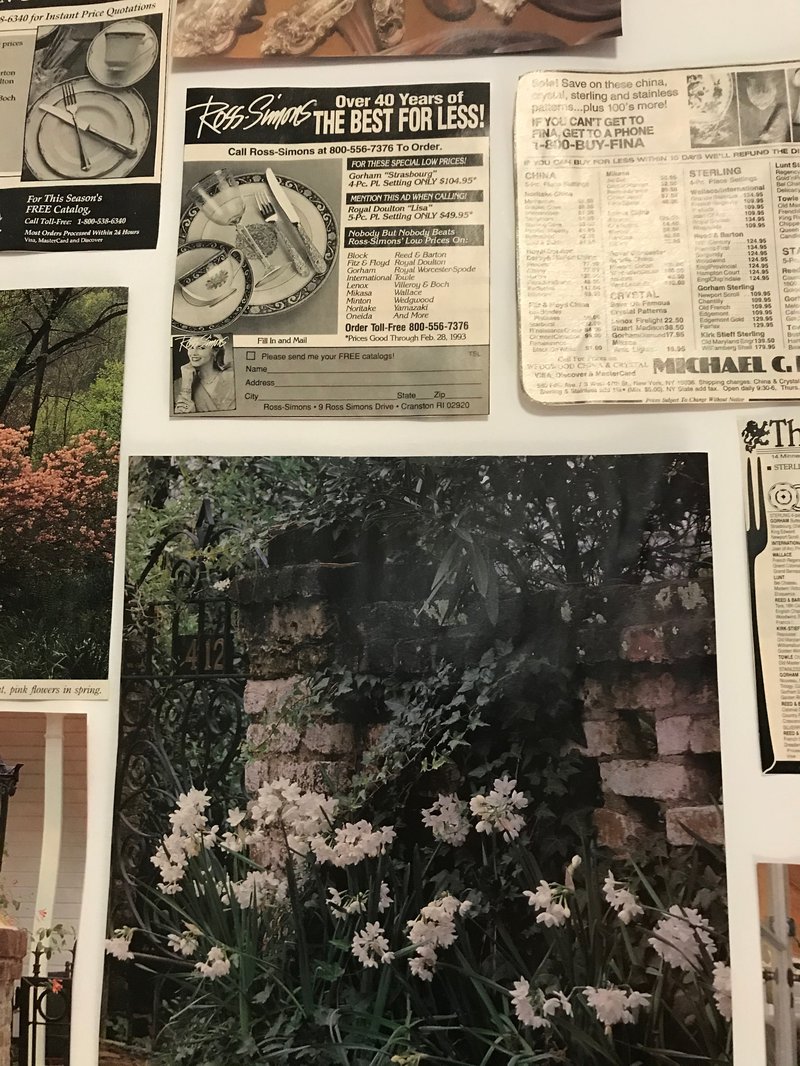 This Wall had lots of garden pictures, since Grace gardens, and I pulled list after list of silver patterns since she adores silver and china. Those identical pictures on the right of some nerd shaking hands are me graduating from high school in 1991. Now that I’ve been under quarantine for weeks, my hair once again looks like a large ginger poodle. 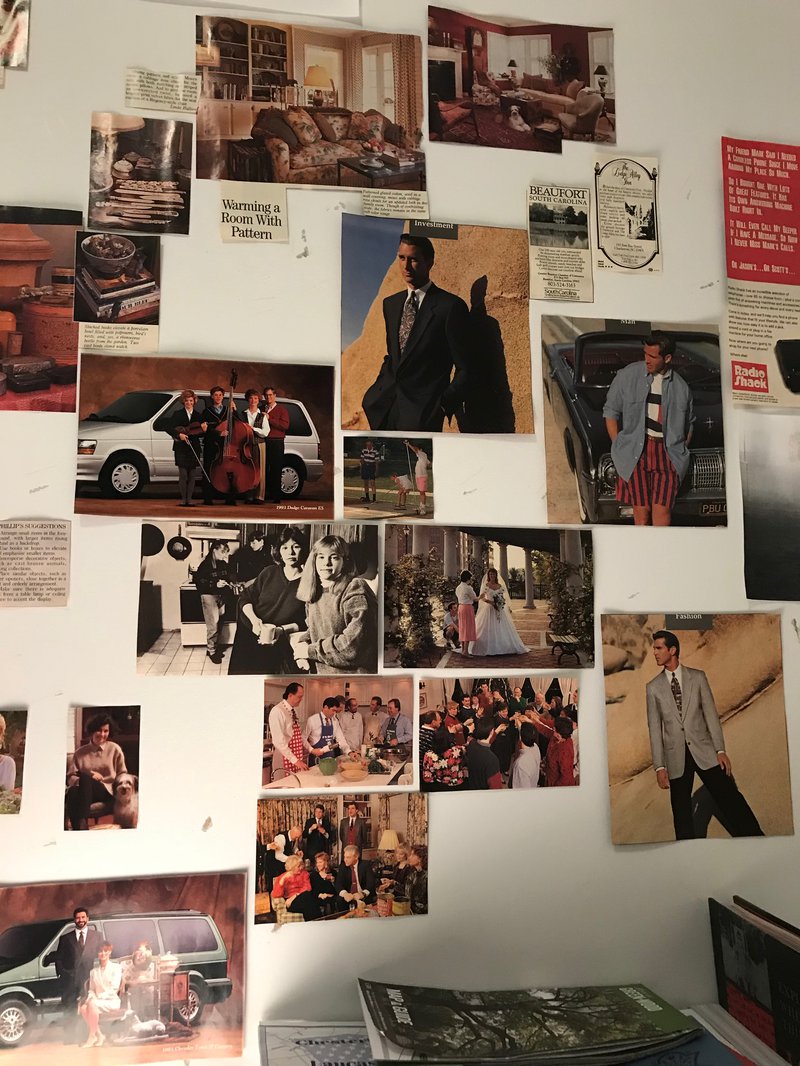 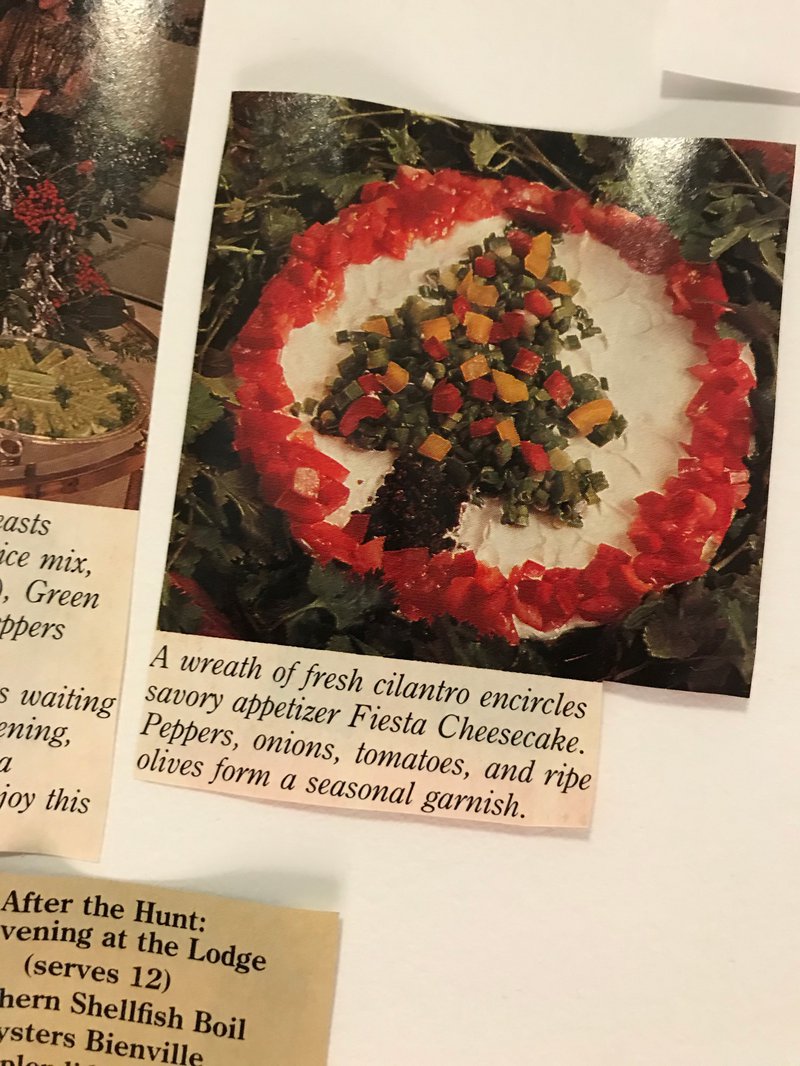 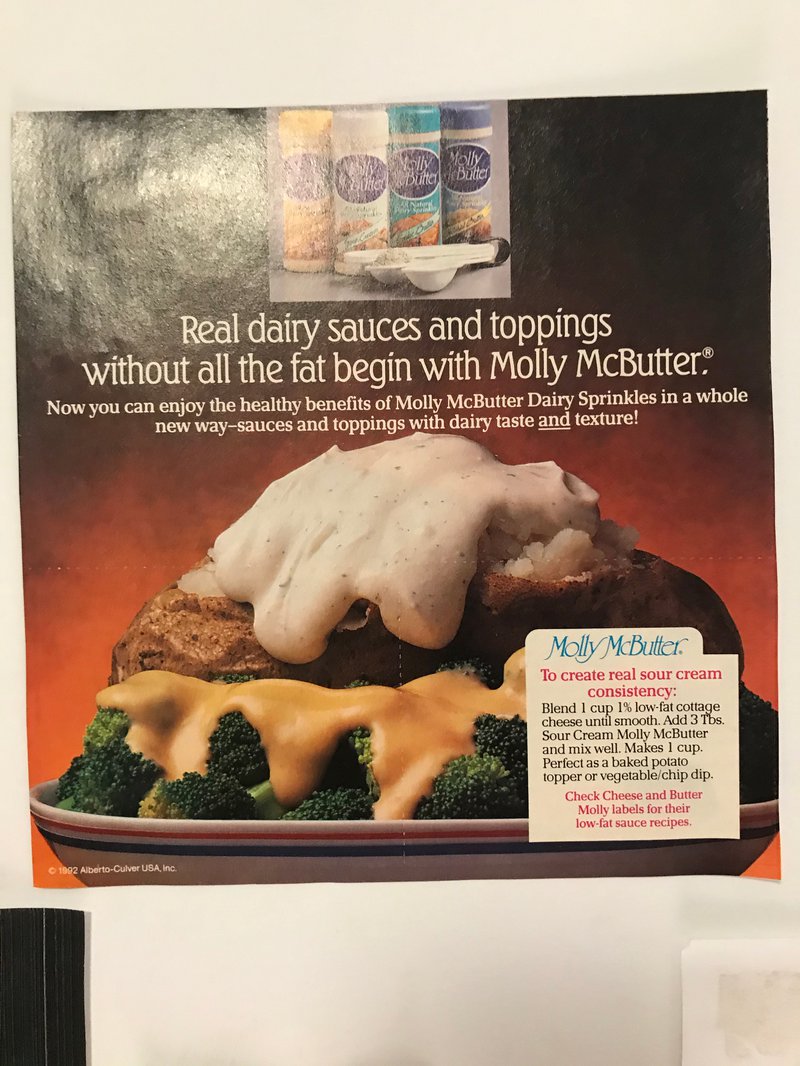 Pictures of ‘90s clothes and ‘90s food helped me keep my head in the decade and reminded me of things like Jolt Cola, the fad for low-sodium and low-cal cooking, the rise and fall and rise of margarine and butter substitutes (I Can’t Believe It’s Not Butter!, Country Crock, Molly McButter), and how terrible special occasion food could be. I also clipped pictures from ads to stand in for my main characters. You can see my model for the face of Maryellen Papadopoulos down there on the lower left with her dog, Skipper. 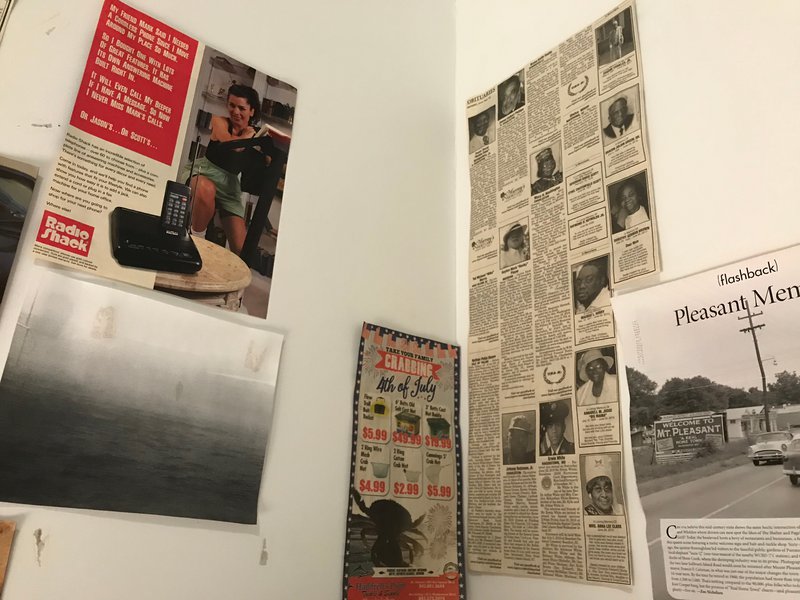 Obituaries gave me some great faces for walk-on characters, but nothing got me into the ‘90s headspace faster than ads for things like answering machines from Radio Shack and 4th of July sales. I have to become super-nostalgic for long-vanished times (1988 in My Best Friend’s Exorcism, 1993 for Southern Book Club’s Guide to Slaying Vampires, 1812 for Mohawk), and it takes a huge amount of willpower to slip into it every day, kind of like O.J. Simpson’s glove. But if you don’t love spending time in an era, why write about it? 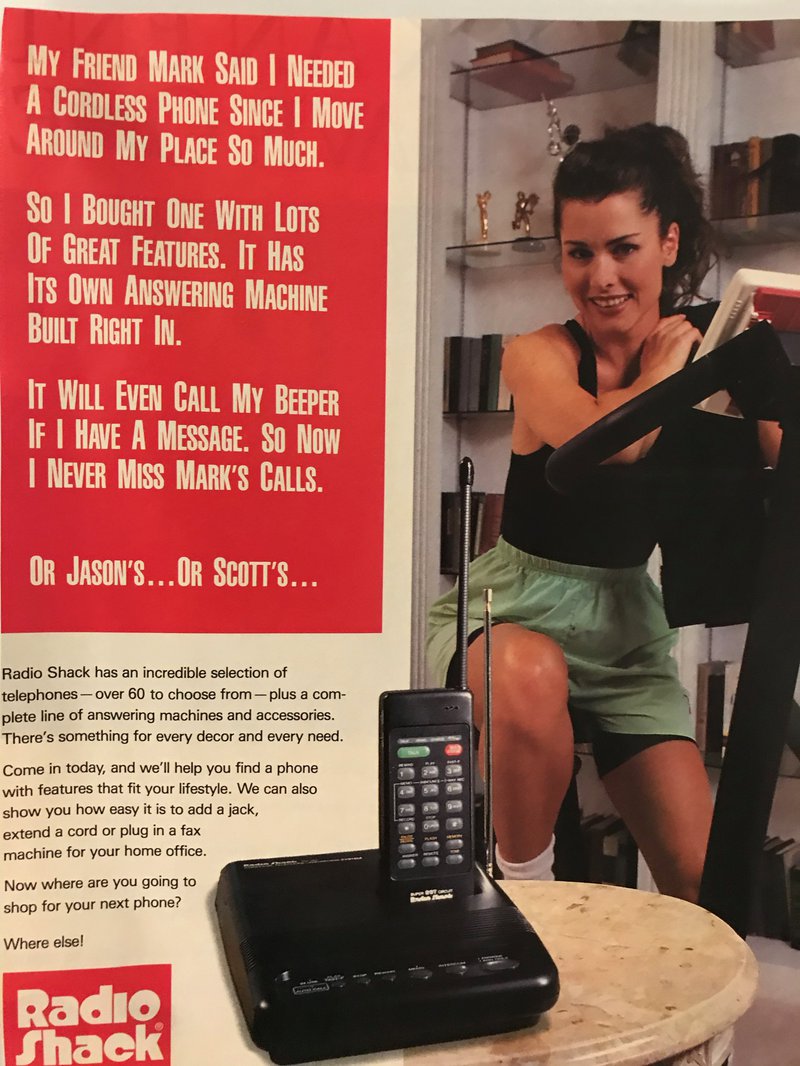 The ‘90s are close enough that they don’t have their own identity yet, but still far enough in the past to be another planet. Trying to figure out which of my characters had a pager, which were early mobile phone adaptors, and which held out on even getting an answering machine took forever. This ad is exactly the kind of thing that would inspire Kitty to buy something she would never use, like that stationary bike. Growing up, I feel like everyone had a spare bedroom that served as a graveyard for rowing machines, Abdomenizers and a set of Tae Bo workouts on VHS. 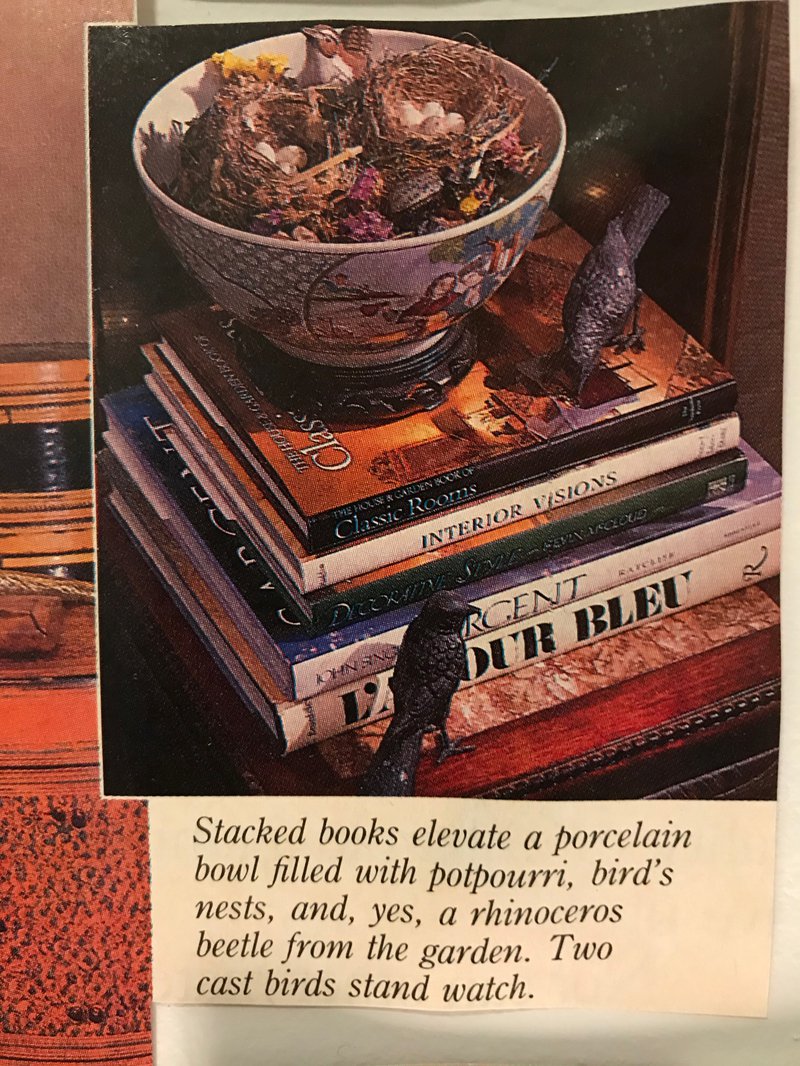 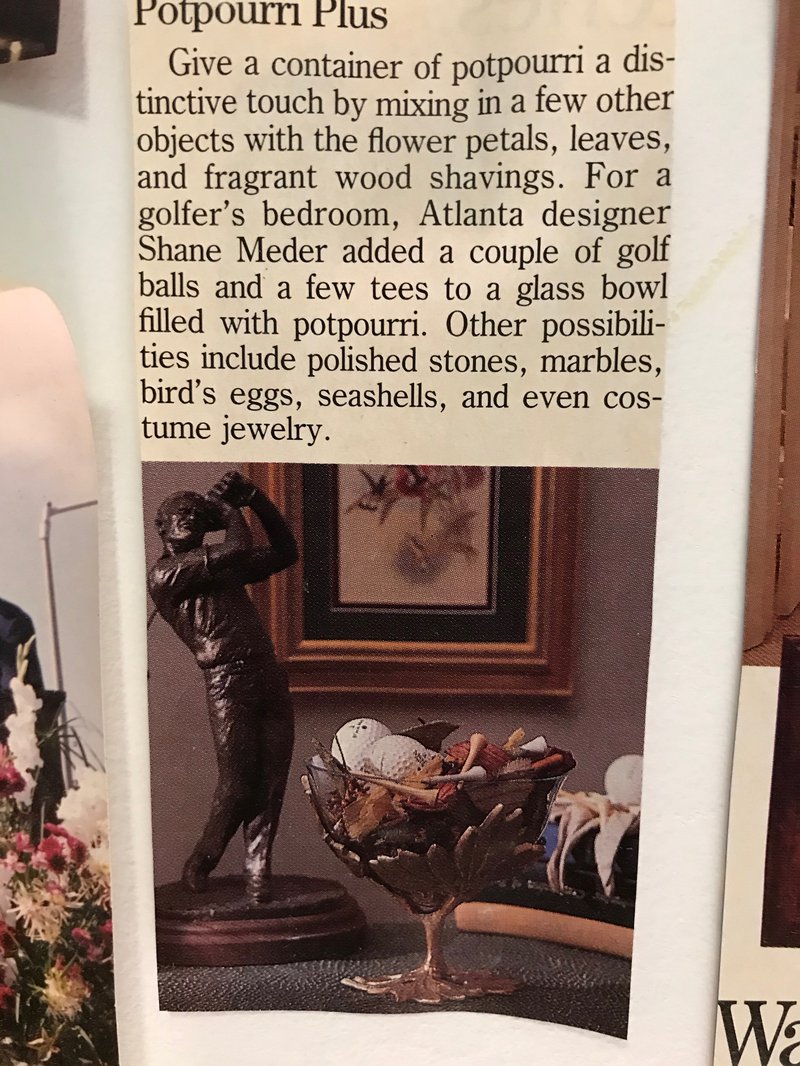 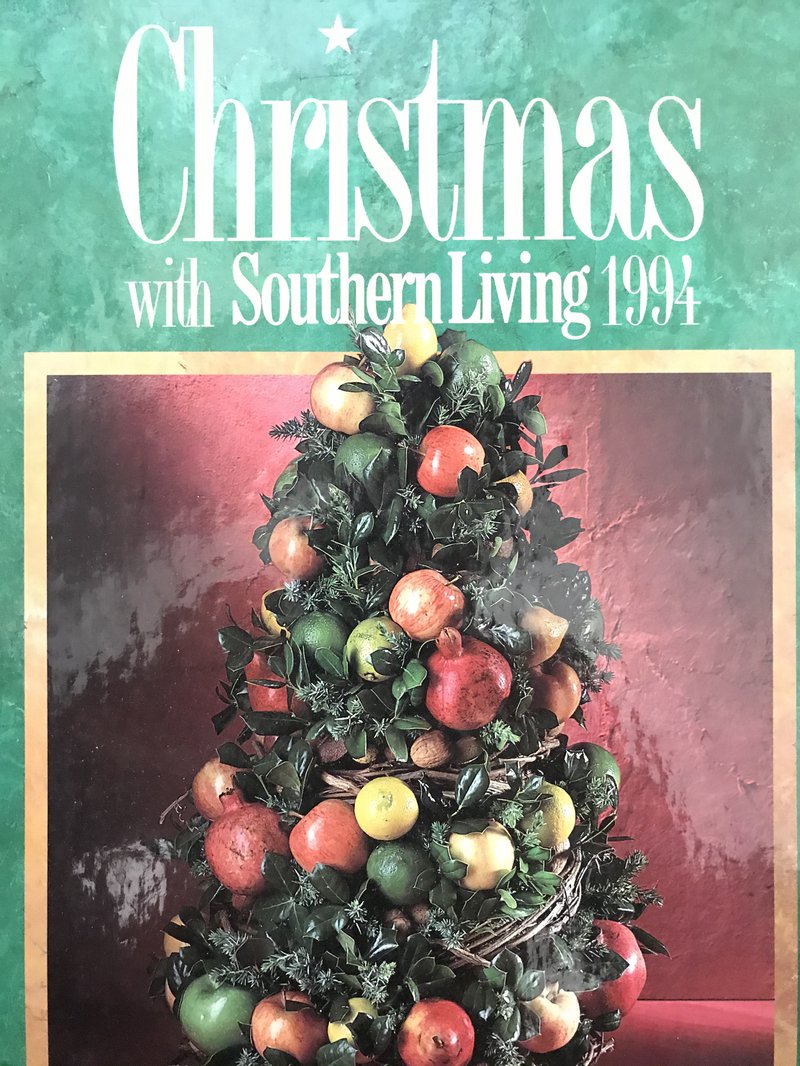 Nothing helped me get Slick right more than Southern Living magazine (and its Christmas decorating book). From tossing some golf tees into your potpourri bowls to stacking books and tiny statues on your end tables, if Southern Living thought it was a good idea, Slick did, too. Of course, I can make fun all I want, but as a kid I found my friend’s houses whose moms were like Slick deeply comforting. 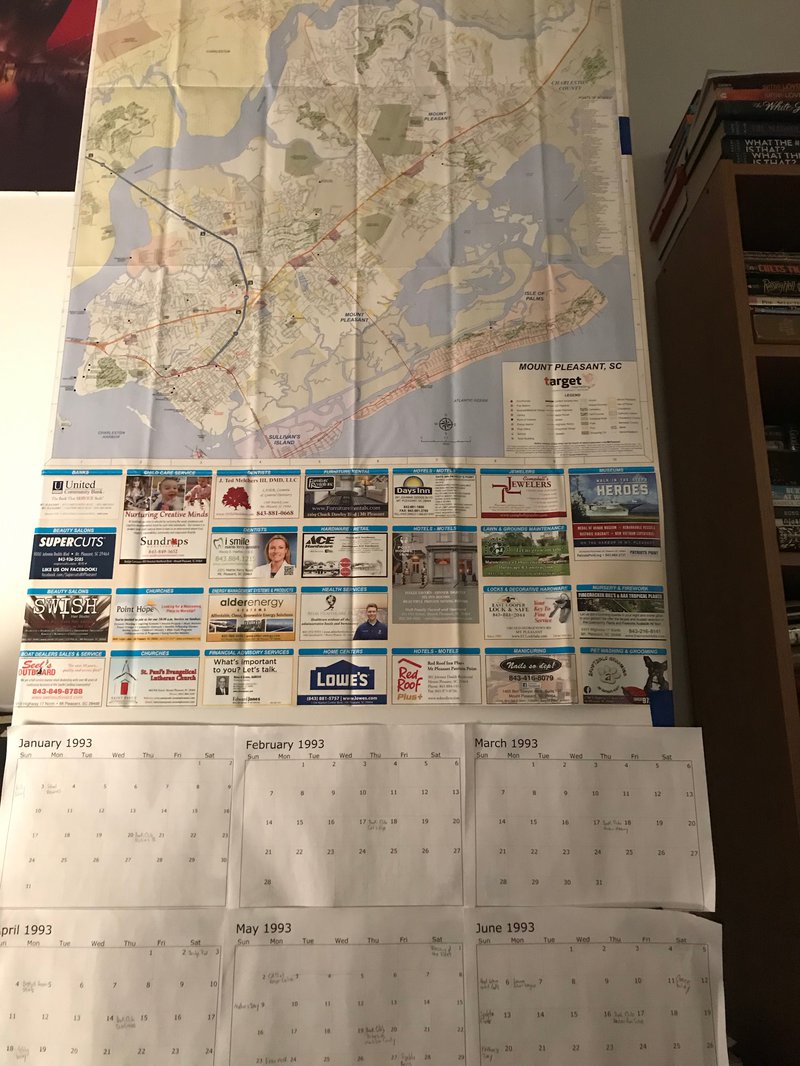 I totally stressed while writing My Best Friend’s Exorcism because I wanted a certain scene to take place during a tropical storm, and the only big storm to hit Charleston in 1988 happened three weeks too late. Then I realized I could just make it up. I still struggle to get dates right and I rely on maps and local weather reports a lot, but that solid framework gives me something solid to hang my fiction on. In this age of microfilm, Google Earth and easy internet research, there’s no excuse for a writer not to sweat blood to get the details right. If I have to suffer, everyone should suffer, too. 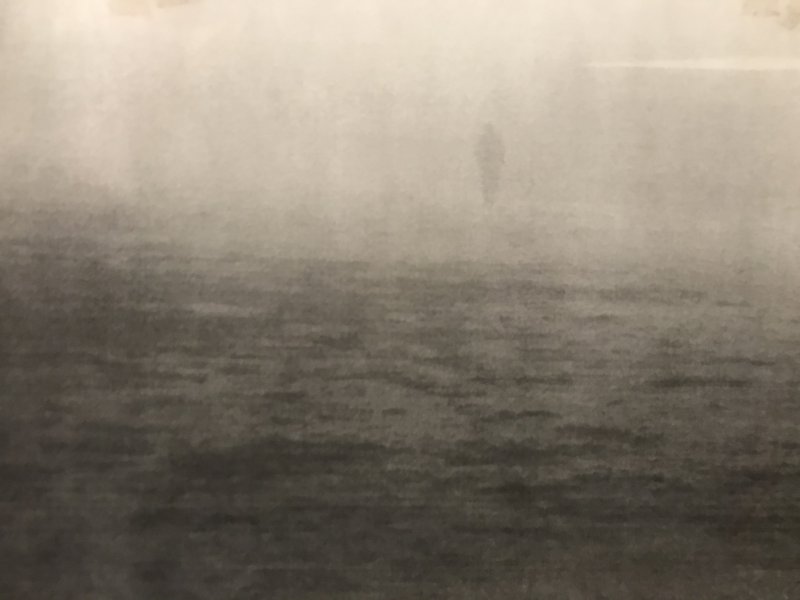 This went up on the We Sold Our Souls Wall of Crazy, but it never connected for me. Then when I started thinking about Southern Book Club, I found myself obsessed with this image of a man, way off in the mist, who seems to be creeping closer every time I look away. There was even a scene in the book where he attacks Patricia in a thick mist at the local park. There’s something about fog turning a wide-open field into a claustrophobic labyrinth that really appeals to me. I cut the scene, but I’m determined to use it at some point. 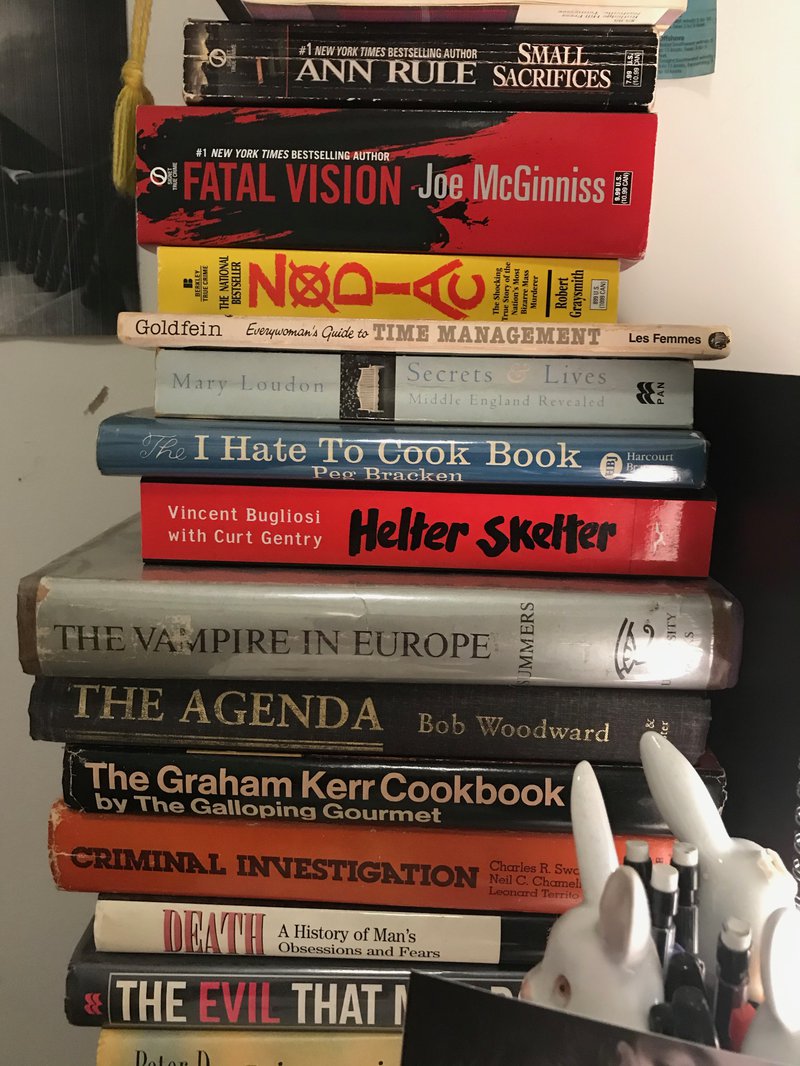 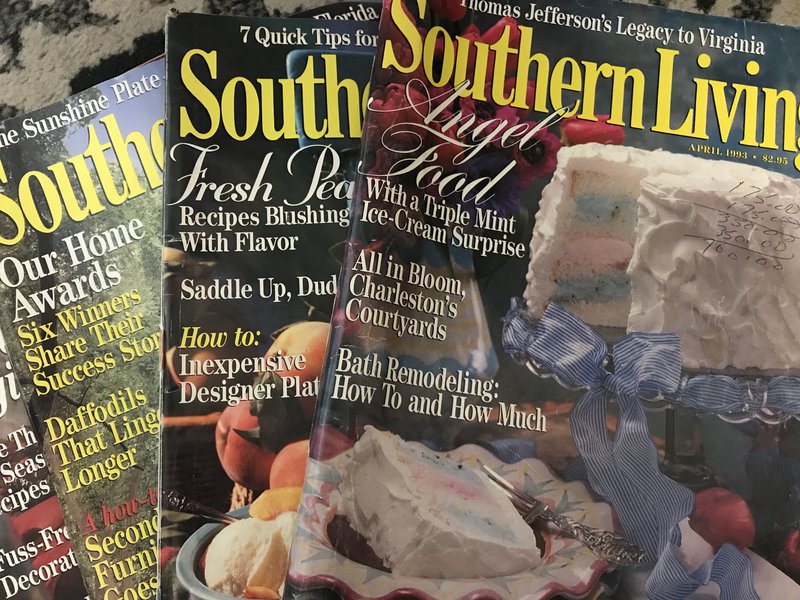 A lot of the images on my Wall of Crazy came from this run of Southern Living magazine from 1993 that I bought and studied the way a rabbi ponders the Torah. 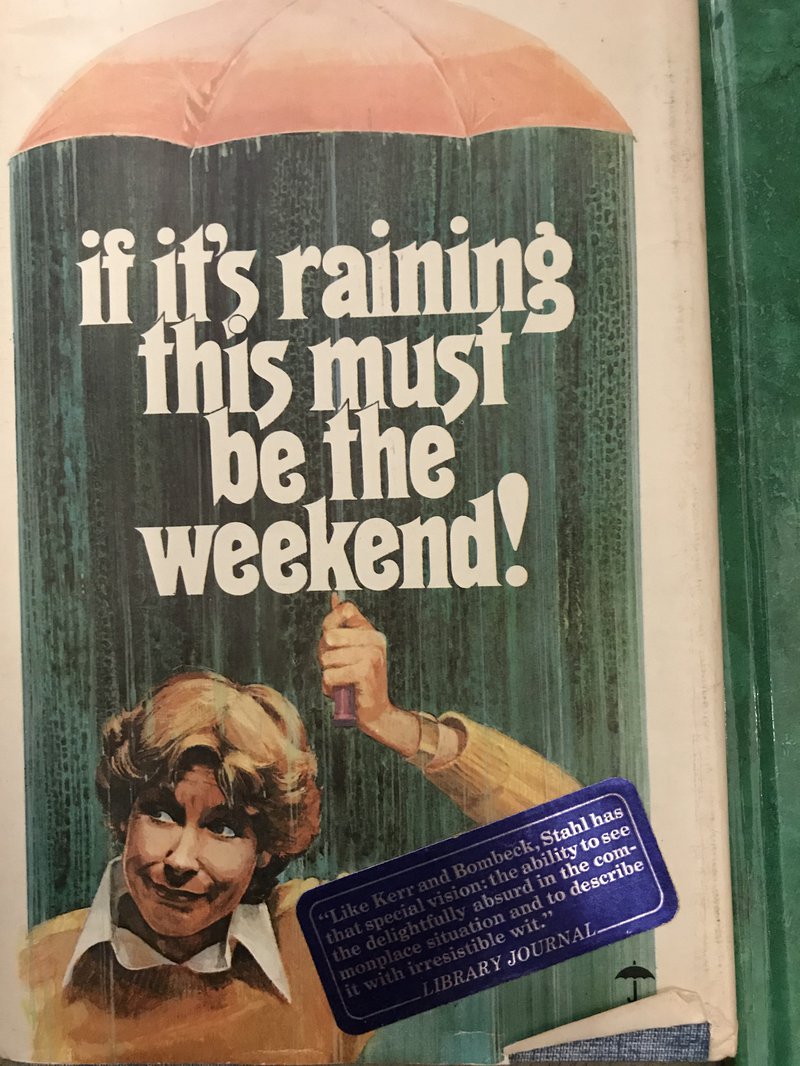 Erma Bombeck was the queen of “housewife books” which was a big genre that took the same cynical, world-weary tone toward raising a family that Dirty Harry takes toward street crime. Many of the big writers such as Nancy Stahl were syndicated columnists, and the ridiculous duck face that her cover model wears on If It’s Raining This Must Be the Weekend perfectly embodies the womp womp mom-joke quality of the writing. Bombeck’s prose had a real sting to it, though, and even great horror novelist Shirley Jackson wrote two “housewife books,” Life Among the Savages and Raising Demons, that are among her sharpest and best. Screw Haunting of Hill House. Let’s see Mike Flanagan adapt one of those. 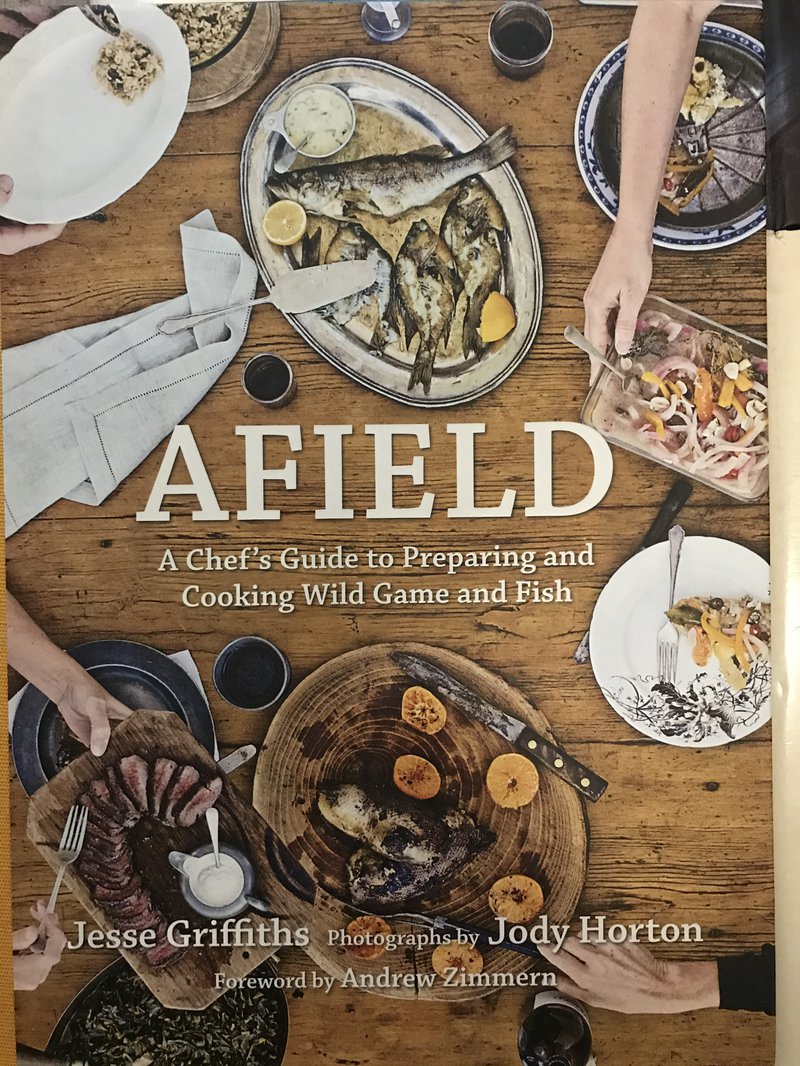 I bought this cookbook about the joy of murdering and chopping up animals purely to support its photographer, my high school friend Jody Horton. It turned out to be an invaluable reference for a scene in Southern Book Club, however. 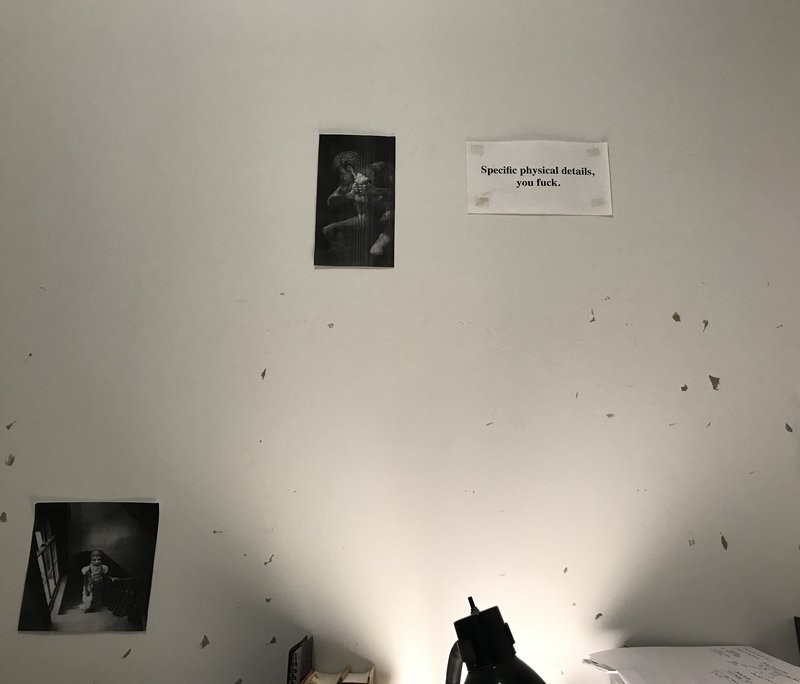 ‍On the day my book comes out, my Wall of Crazy comes down and lies fallow for a couple of weeks while I get ready to start the next book. All that’s up there right now are three things that have survived the last few transitions. 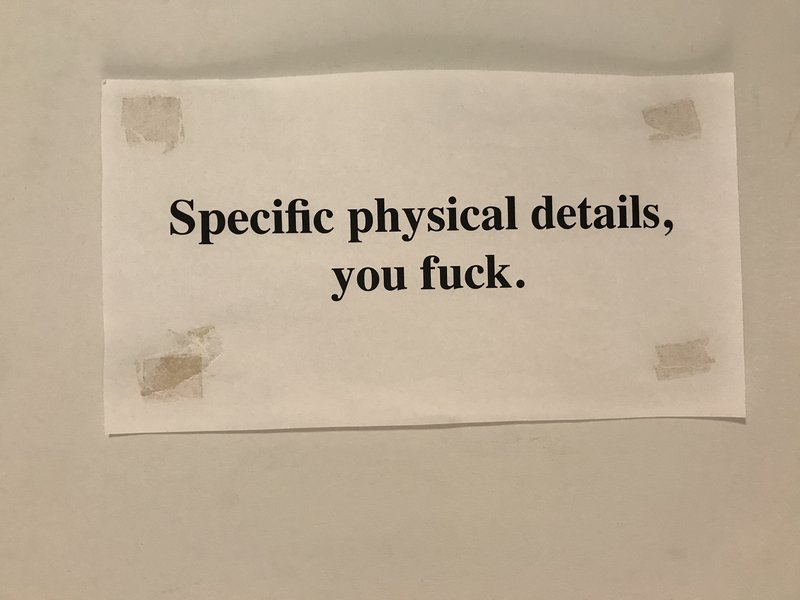 This is the first thing I ever put up, and it has survived every single book. It’s the one piece of writing advice that makes all the difference to me, and it’s something I have to remind myself of constantly, in the harshest terms possible. 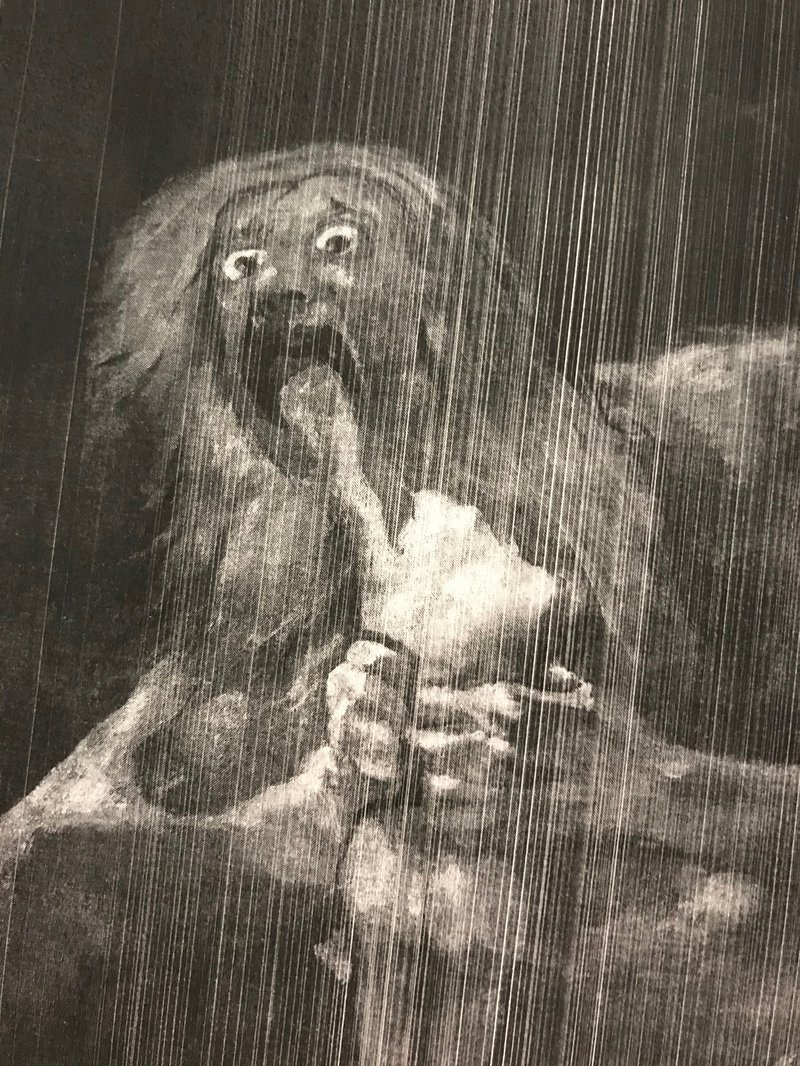 I had a color image of Goya’s Witches’ Flight up on my Wall of Crazy for We Sold Our Souls, but I have had this printout of Saturn Devouring His Son on there all the way back to My Best Friend’s Exorcism. It’s a central inspiration for a novel I wrote back in 2013 and revised in 2015 that will be finally coming out in 2021. I’m doing a final round of edits on it this May and June, but after that, goodbye, Saturn Devouring His Son. 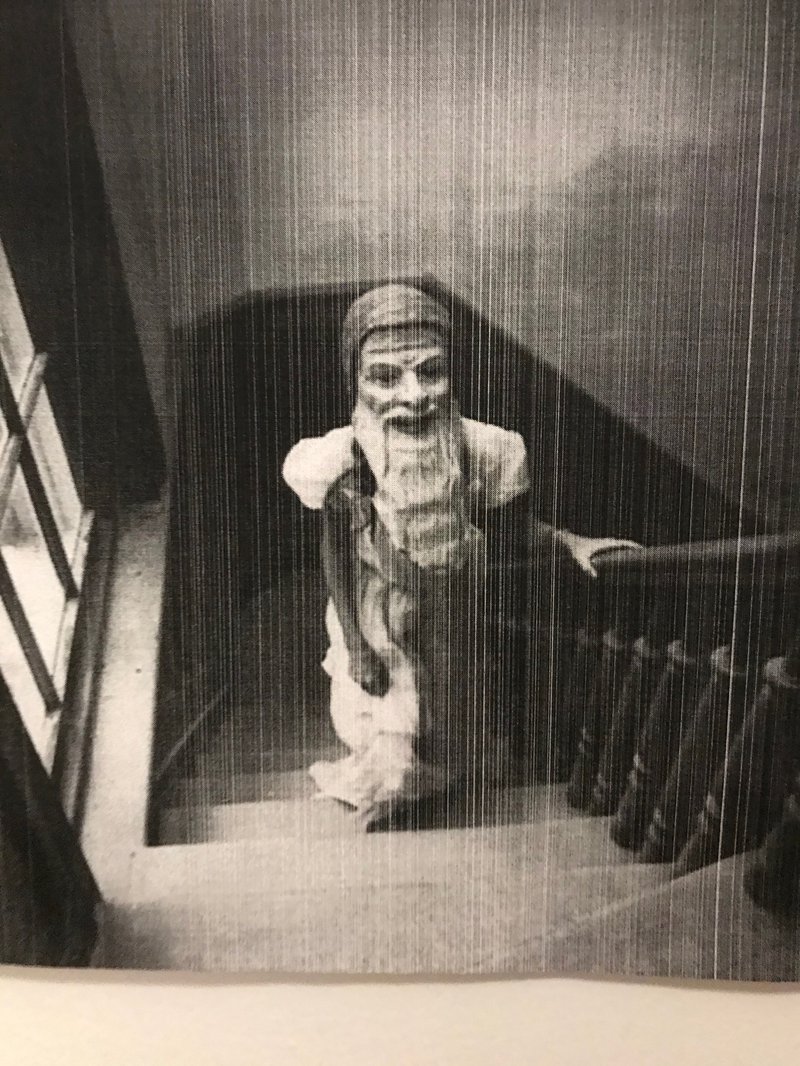 This image went up for We Sold Our Souls because it’s deeply freaky, but it never connected with that book. I left it up for Southern Book Club even though I couldn’t see the connection to that book, either. Now, however, it’s the central image of a book I’ve got coming out in 2022, which I’m about to start writing later this year. Sometimes you find an image that is loaded with nightmarish associations, but it has to wait for the right book. 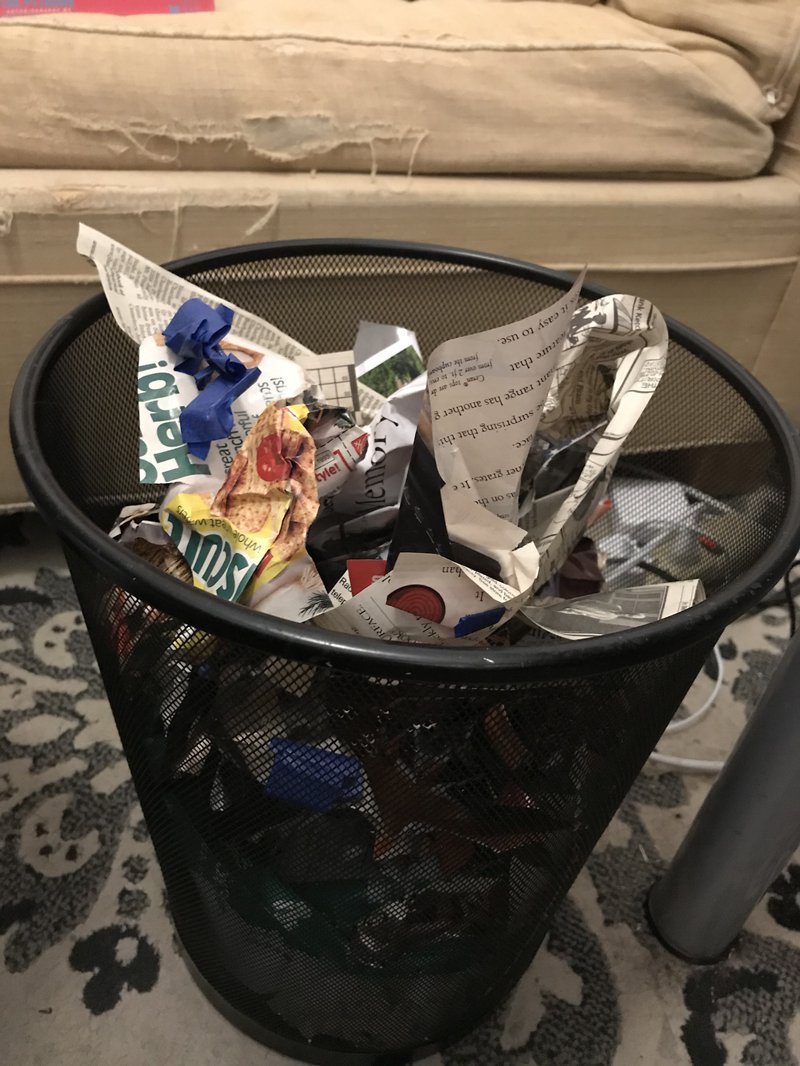 The Southern Book Club’s Wall of Crazy graveyard. The first time I tore down a book’s Wall I felt like I was making a huge mistake. Now I love how temporary they are. For me, these aren’t books, they’re a year or two of my life and they become vessels for everything I’m going through, so it feels like a Viking funeral when the Wall comes down and I move on to the next thing. Like a serial killer, I keep moving forward and never look back. Unlike a serial killer, I don’t keep trophies and I don’t re-read my books. Actually, that’s a lie. I do occasionally re-read We Sold Our Souls because that book got me through a really dark period of my life. Sometimes, when I’m low, I like to check back in on Kris Pulaski. For me, a little shot of her personality is like a bump of cocaine.