Some first semester frights to get you in the (school) spirit. 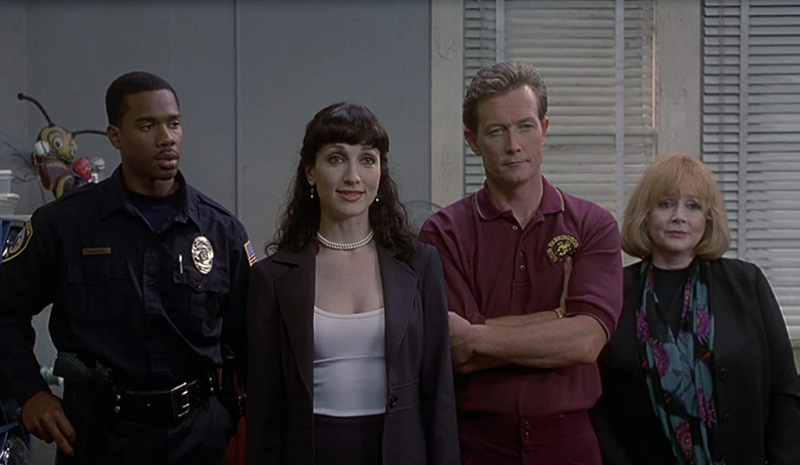 I loved going to school when I was a kid. Sure, things like bullies and math tests brought the experience down a little, but seeing friends, reading cool books (usually of the spooky variety), and dissecting things in biology class more than made up for that. September always makes me remember the ups and downs of the years between elementary school and my final semester in university, and I've noticed that those memories often end up running parallel to the horror that I watch this month. It's a genre for all seasons, after all. So here are five of my favorite spooky school-based flicks and the memories they conjure up. Maybe they'll knock loose a few of your own. 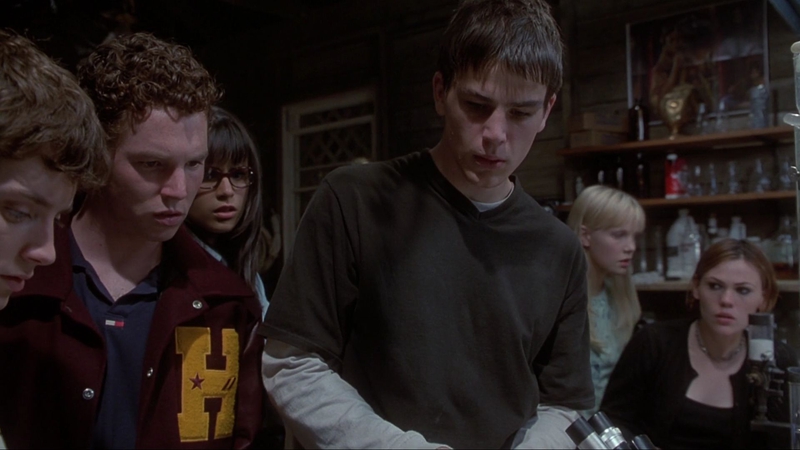 When I was a kid, I was sure my grade two teacher was an alien. We never knew what to expect from Ms. Carter as we filed into her classroom each morning. One day she'd be all smiles and rainbows, the next, she'd have you in tears because you messed up a math equation. She was also crazy strong (I believe my mother said Ms. Carter was "built like a brick shithouse"). One day the fire alarm went off unexpectedly and I remember seeing her take two kids who were struggling to put on their shoes, throw them over each of her massive shoulders, and stride out of the building with the ease of a particularly light-footed mastodon. In hindsight, she was just an old-school teacher who could have been a powerlifter in another life, but in my child's imagination, I was sure something otherworldly was hiding behind those cat's eyeglasses.

The kids in Robert Rodriguez's 1998 sci-fi/horror banger The Faculty have the same problem, only in their case the teachers at their high school are aliens (or at least, they're being controlled by a particularly nasty variety of them). Two student journalists stumble across this horrifying truth and, after a failed attempt to get the local police to take them seriously, try to stop their assault on earth themselves with the help of a few still-human classmates. The film nods heavily towards classics of the sci-fi/horror subgenre like Invasion of the Body Snatchers and The Thing, but what really adds an endearing quality to it is how it takes kids from differing cliques and social circles and throws them together à la The Breakfast Club. Seeing young people from different walks of life come together thanks to a shared mistrust of the generations that came before them always warms the heart.

No two words can elicit a cheer from a class full of kids faster than "field trip." Most of the time, they don't even care where they're going as long as it promises the opportunity of escaping the four walls that cage them in day after day. One of the strangest school outings I remember taking back in the day was to a petting zoo that was on some dude's farm. The first time I watched The Texas Chain Saw Massacre, I couldn't quite place my finger on why the Sawyer house felt vaguely familiar. And then it hit me: it had similar vibes as that damn petting zoo! Thankfully, it was just a kindly old farmer who ran the place we went to and not some cannibalistic chainsaw-wielding maniac, but I suppose one can never be certain about these things.

In 2000's Battle Royale (director Kinji Fukasaku's adaptation of the controversial novel of the same name), a group of junior high kids finds themselves on a field trip from hell. Pitted against each other in a government-sponsored death match on a remote island, the teens soon realize that their only chance to escape is to be the last student standing. Friendships are tested, deep-seated grudges are exposed, and monsters who have hidden in their ranks for years soon emerge. The film is a wonderful examination of classism and the clash between old and new generations. And yes, it also makes me nostalgic for the days when I'd jump on a bus with my classmates and get whisked away to the local science museum or box factory. Perhaps I have a problem. 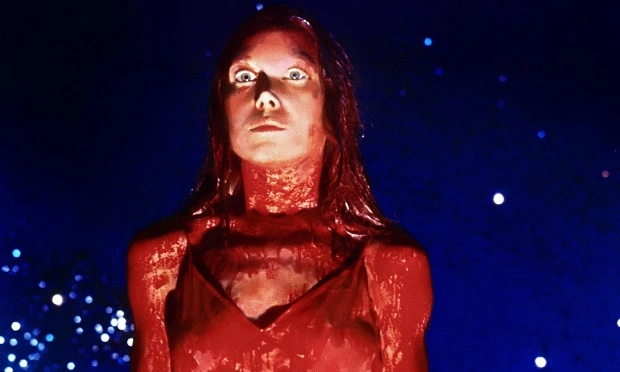 School dances can be an emotional minefield when you're a kid. One minute you're having the time of your life with your friends, doing all the variations of "the running man" that your adolescent mind can conjure up; the next, you're hiding in the bathroom while everyone's slow dancing and wishing you'd stayed home. In grade seven, a girl in my class asked if I'd go to our school's winter formal with her. I was over the moon and accepted her request with a dorky fervor. Then the night came and…she didn't show. It was all a gag. Her friends watched and laughed from a distance as the realization that I'd been the butt of an elaborate joke slowly washed over me, and I made my way back to the computer lab to rejoin my nerdy brethren.

For anyone who's had a similarly cruel prank played on them in their youth, the climactic scene in Brian De Palma's Carrie (based on the debut novel of some unknown horror scribe by the name of Stephen King) feels pretty relatable. It encapsulates the sadness, horror, and rage that wells up inside a young person when something humiliating happens to them in such a public setting. But those final moments (before the pig's blood shower, at least) also beautifully capture the optimism that can wash over you when hitting the dance floor at that age. The sense that anything can happen that night, be it romance, acceptance, or just some fun. Watching Carrie White experience all three of those things for the first time is truly touching, and what happens next is all the more shocking because of it. 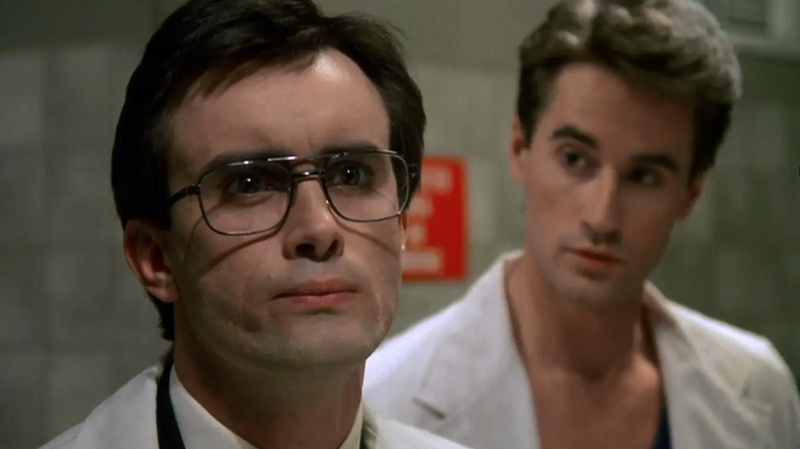 My first year in residence, I was paired with a guy from the University of Tokyo named Hiroki Yamasaki. We didn't know each other beforehand, but I soon learned that the dude was an absolute rockstar. He'd always tell you to call him Hiro, and would often follow this request up with a rendition of a certain Enrique Iglesias tune those of a certain age might remember. Hiro snored like a Mack truck, would do a hundred push-ups every morning after waking up, and always got a mean case of the giggles after he tied on a couple at the campus bar. Being roomies with a complete stranger can be a real source of anxiety for many people (it certainly was for me), but he was a damn legend.

Of course, some folks get the complete opposite of that coin. Just look at poor Dan Cain (Bruce Abbott), the dorky hunk who serves as the protagonist of Stuart Gordon's splatter classic Re-Animator. After posting an ad looking for a new flatmate, the Miskatonic University med student gets a knock on his door one night and comes face-to-face with Herbert West (Jeffrey Combs), a pencil-necked little weirdo whose strangeness is matched only by his snark. As if these attributes weren't enough to cause tension in their household, Cain soon learns that West is obsessed with using a horrifying reanimation agent of his own creation to raise the dead. Soon he's dragged into old Herbie's fanatical attempts to conquer the grave, and his life is forever changed for the worse. Sometimes with roommates, it's the luck of the draw. 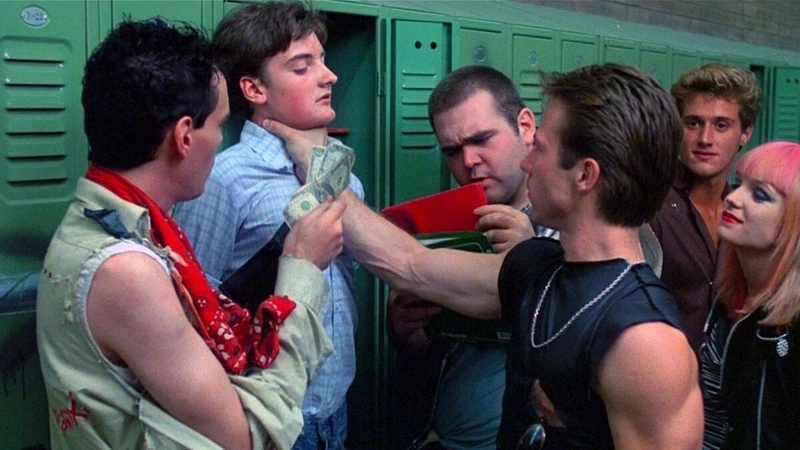 I've worked in academic and school libraries now for six years. It's a pretty sweet gig (I liken it to getting to be the "Fun Uncle" of the school), but it still feels strange being on the other side of the desk from the students I see every day. Having to be the grownup in a room full of young people (whether they're just starting middle school or are about to earn a graduate degree) can be intimidating at times, especially when you have to deal with patrons of the snottier variety. Usually, breaking out my "stern teacher's voice" is enough to squash any extreme problems I might have, but there's always that fear in the back of my head that a day will come when chaos of some variety might erupt and leave me hiding under a desk.

The interesting thing about Mark Lester's Class of 1984 (a film about a new-in-town music teacher's battle against an especially violent gang of punk-ass students terrorizing the high school he now works at) is how the experience of watching the movie is altered if you work in an educational setting. It's not as if the picture changes drastically from what it already is: a fun, over-the-top throwback to the juvenile delinquent exploitation flicks of the 1950s. But if your career involves getting up in front of groups of oftentimes attentive, sometimes aloof, and occasionally confrontational teens, well, the movie becomes a little more visceral despite how ridiculous it gets. If anything, the film is essential viewing for educators and staff before classes begin because, at the very least, it'll make your most stressful days with your students look like a walk in the park.