Fungal Horror: It's Sporing And We're Diving In From MATANGO To IN THE EARTH

Exploring fungal horrors and the science that inspires them, from flying salt shakers of death and beyond! 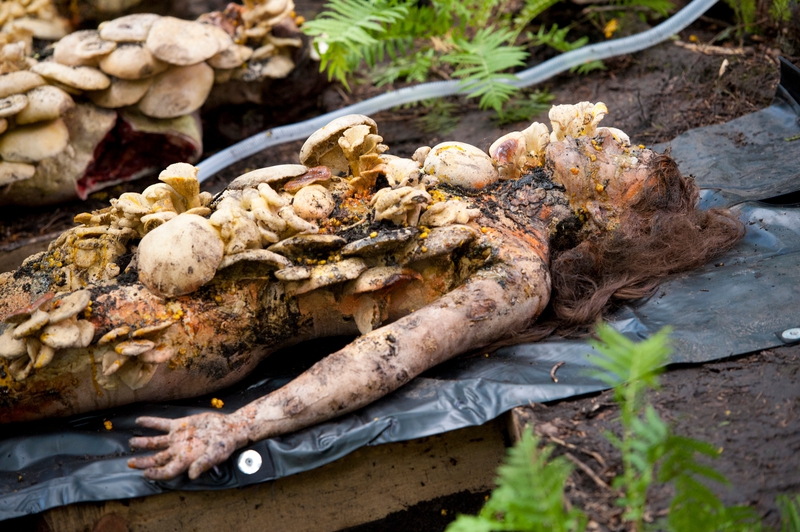 Mushrooms likely aren't something that you'd be afraid of generally. You might use them to make a stir fry, pasta sauce, or a nice salad. But the horror genre has a number of films about deadly fungus, and quite a few have been released in the last few years. It is a subgenre that I like to call Fungal Horror. In these terrifying films, television shows, et cetera, you don't eat the fungus; the fungus eats you.

I am going to take you on a journey of the progress of Fungal Horror and how it has developed in the history of horror. I'm not going to pretend that I will be able to discuss every fungal-related horror film, tv show, video game, and book in this relatively short piece, but I will try to hit the high points. 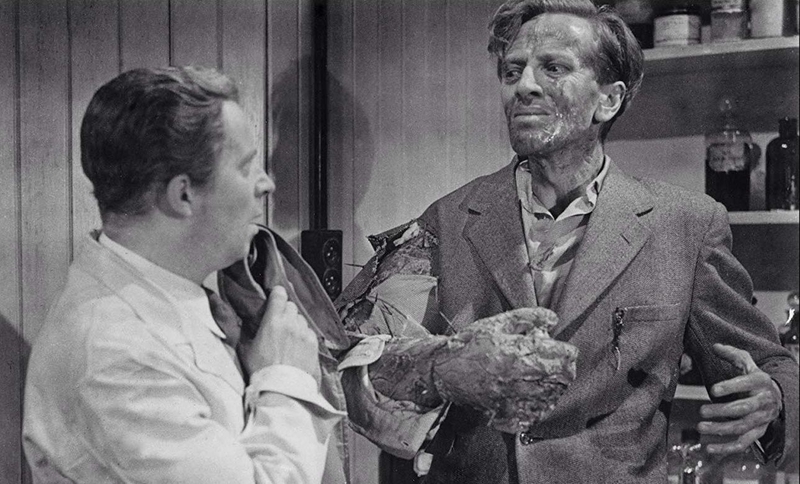 Let's start with 1955's The Quatermass Xperiment, directed by Val Guest and from the source material of Nigel Kneale's BBC serial. Here is the synopsis: Professor Bernard Quatermass' manned rocket ship returns to Earth, but two of the astronauts are missing, and the survivor seems ill and unable to communicate.

It is never explicitly said that the creature is a fungus, the alternate title of the film is The Creeping Unknown, after all, but a main concern of the heroes is that the creature that used to be Victor Carroon is not allowed to spore. Both plants and fungi release Spores, but normally it is plants like ferns that release them. I doubt that the monster in this film is a killer space fern, although that could be cool. Fungal spores can also be quite large and affect human beings in adverse ways.

In 1958, the American television show Suspicion adapted the William Hope Hodgson short story "A Voice In The Night". The story was first published in 1907; the episode was directed by Arthur Hiller and written by Stirling Silliphant. If you can find it, it has both Barbara Rush and James Coburn in it. Yes, people have been writing about scary fungus for a while now. 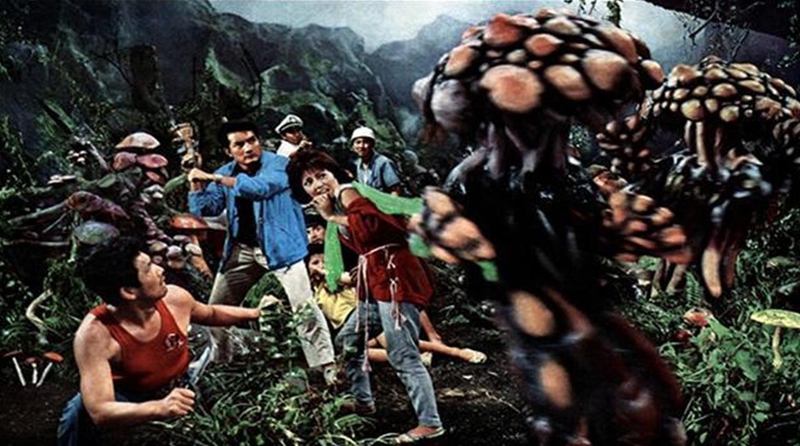 In 1963, there are two films featuring Fungal Horror. The first is Matango, a Japanese horror film directed by Ishirō Honda, which is also based on "A Voice In The Night." In both versions of the story, shipwrecked people become infected with fungus and start turning into hybrid fungus/human creatures. In Matango, which has the added horror of the nuclear explosions in Japan in World War II, the radiation from the blasts caused mushrooms to become mutagenic, thus, changing humans who consume them into mushrooms themselves.

The other is an obscure psychological horror film from Canada called Amanita Pestilens, about a man fighting a deadly fungus for control of his beloved front lawn. No, really. Directed by René Bonnière and written by David Walker, it was the first Canadian film shot in color and the first to be filmed in both English and French with the same cast. 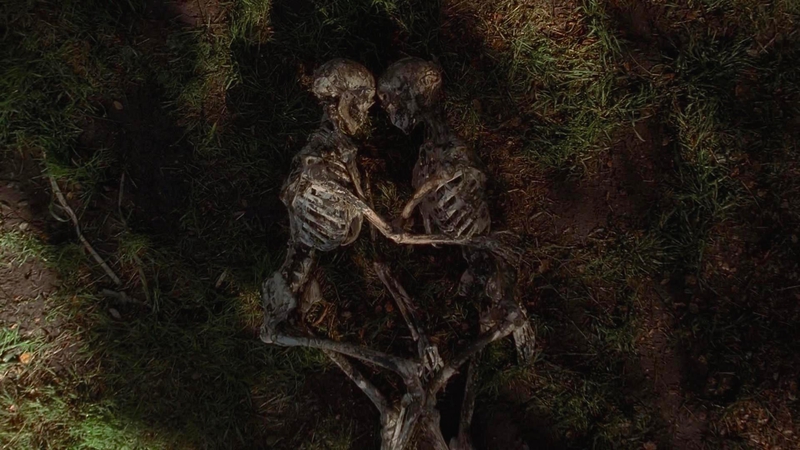 In May of 1999, during the sixth season of The X-Files, the episode "Field Trip" concerned a type of mushroom that sent out spores, causing hallucinations and death as the fungus absorbs into the body with a gross yellow fluid. The episode was written by Chris Carter, John Shiban and Vince Gilligan.

"Amuse Bouche", the second episode of the first season of Hannibal that aired in April of 2013, is a story of a murderer who induces comas in diabetic patients to use their bodies to grow mushrooms. Yes, for once, the fungi aren't the bad guys. Yes, the bodies used as mushroom food are really horrifying. The episode was written by Jim Danger Grey and directed by Michael Rymer.

Also, in 2013, the incredibly popular video game The Last Of Us, developed by Naughty Dog, brought the concept of the fungal zombie to mainstream audiences. Wait, deadly fungus and zombies? Say no more and sign me up. In The Last of Us, people are infected by the parasitic Cordyceps fungi; while survivors Ellie and Joel struggle to survive after meeting each other. The game is now being adapted into a television show by HBO, which reminds us of how terrifying ideas will continue to be adapted into other forms of entertainment across mediums. It's like mutation is everywhere. 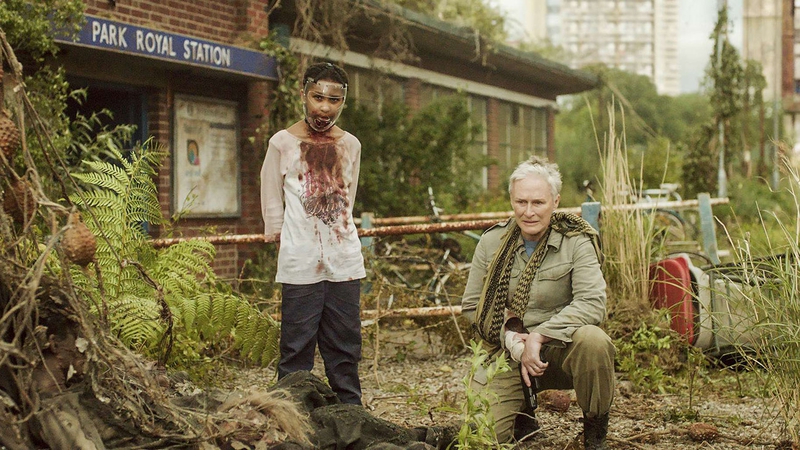 The idea of the fungal zombie is further explored in the book, based on the Edgar nominated short story "Iphigenia at Aulis", The Girl With All The Gifts by M.R. Carey, and in the book's film adaptation of the same name. In it, the world is taken over by what the characters call Hungries, zombies who have been infected with yet another fungi, Ophiocordyceps unilateralis, which is also entomopathogenic, as are other zombie fungi. The film version is essentially the same story, but has the bonus of the silent crowds of Hungries in stasis and the fruiting bodies that could release the spores worldwide.

It's even more disturbing that there is another zombie fungus called Massapora that infects cicadas and turns them into "flying salt shakers of death" and "single minded sex machines", so that they can find other cicadas to mate with and continue to spread the psychedelic fungus. These ideas really aren't that farfetched. After all, we are being plagued by variants of Covid, and if there's one thing you can count on in nature, it's change.

But in the last couple of years, Fungal Horror has taken a different shape. With the publication of Silvia Moreno-Garcia's revisionist gothic novel Mexican Gothic, the idea has gone in a different direction where the symbiotic relationships of Mycorrhiza are used to change a human being into a host of the fungi and uses spores to keep others under control. The fungi are in control. 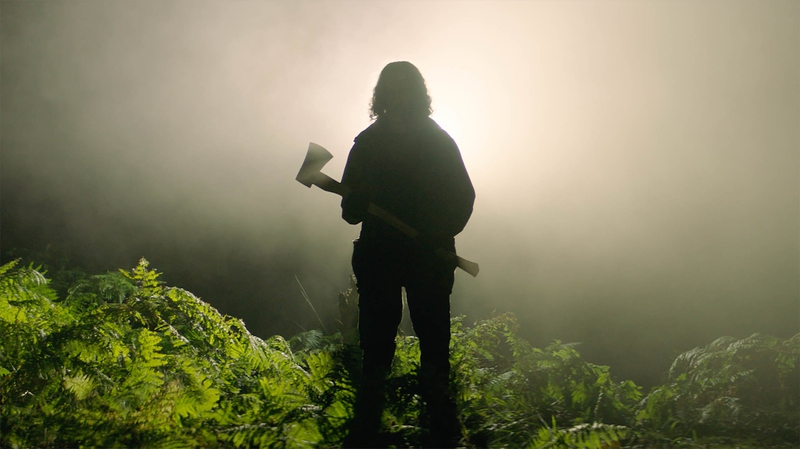 Mexican Gothic was released in 2020, the year of the pandemic. One of the films produced during that year, Ben Wheatley's In The Earth, used the idea of Mycorrhiza and the idea of a woodland spirit, perhaps a sentient spirit of Nature in the forest. It nudges you with the idea that the pandemic in the film, was caused by that spirit who has become angered by humanity and may be trying to destroy us. In this aspect, In The Earth is more of a folk horror film presenting the idea that an organic intelligence within the Earth might want to wipe us out. It's a sobering thought when you muse upon the question of where diseases like Covid 19 come from? Is it merely the roulette wheel of chance, or is the planet that we live on a sentient being? Could other forms of life and a sentient form of Nature be in a symbiotic relationship that recognizes the threats that we pose? Is there a design behind mutations in Nature? 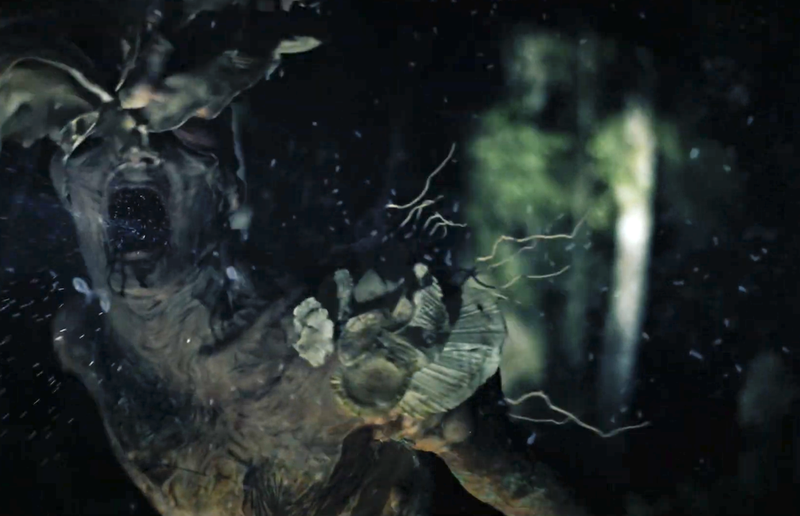 The second film, Gaia from South Africa, also takes place in a large forest, but returns to an idea that is more like Hodgson's "A Voice In The Night" and its adaptations. Two forestry workers, Gabi and Winston, are attacked by fungal creatures in the forest. Gabi meets a former plant pathologist and his son and is told that an ancient organism lives in the forest and is ready to spread to humans beyond the ones infected there. Directed by Jaco Bouwer and written by Tertius Kapp, it is also a work of folk horror, and broaches some of the same questions that In The Earth does, in a different way.

It's almost as if the pandemic has awakened this thought in artists that they expressed through Fungal Horror. What if? What if the Earth itself was tired of our chaos and wanted to clean house? There's also the terrifying conjecture that we really aren't the apex life form on Planet Earth and that our home has the power to wipe us out whenever it chooses to. The thought that we really aren't as powerful as we think we are.

In The Earth and Gaia are currently streaming on Hulu.