The FEAR STREET Trilogy Gets Three Times The Trailer

The triple-sized trailer for Netflix's Fear Street trilogy – out from Leigh Janiak next month and based on the generation-defining gateway horror series by R.L. Stine – is here, and it's RAD:

I've had a chance to see Part One and Part Two of the trilogy, taking place respectively in 1994 and 1978, and both are note-perfect glimpses of a moment in horror time, with nods to the slashers of the '90s and the '70s shaping the first two parts of a larger narrative that tracks the centuries-long curse blighted on Shadyside by Sarah Fier. Part Three: 1666 looks to be as dark and surprising, and speaking of surprising: these movies, based on YA scares, are rated R, and they sure as hell earn it!

You can read the synopses and release dates for all three films below, and check out the poster, too. This triad premiere ("Three Movies. Three Weeks. One Killer Story.") is a genuinely thrilling endeavor that Netflix and Janiak have embarked on, a generous approach to a property beloved by fans for decades. '90s YA horror has rarely been taken as seriously as it deserves to be, but Fear Street is here to change that.

A circle of teenage friends accidentally encounter the ancient evil responsible for a series of brutal murders that have plagued their town for over 300 years. Welcome to Shadyside.

Shadyside, 1978. School’s out for summer and the activities at Camp Nightwing are about to begin. But when another Shadysider is possessed with the urge to kill, the fun in the sun becomes a gruesome fight for survival.

The origins of Sarah Fier’s curse are finally revealed as history comes full circle on a night that changes the lives of Shadysiders forever. 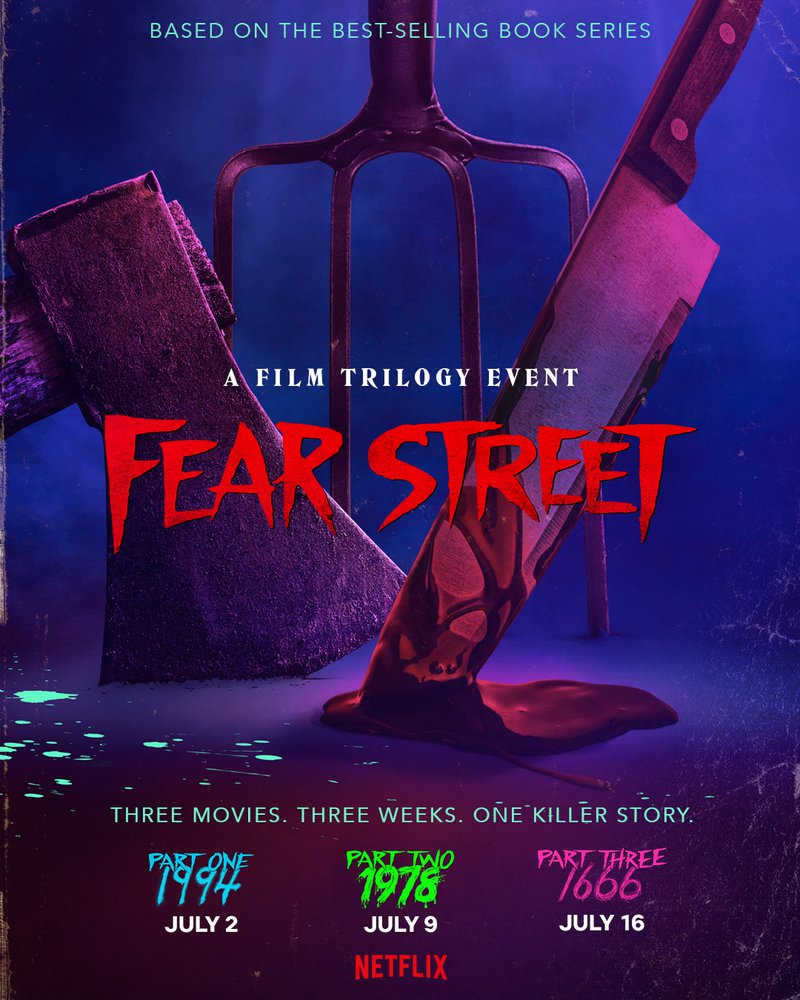