In a world where everything is possible and limitless—it's wonderful and scary at the same time. 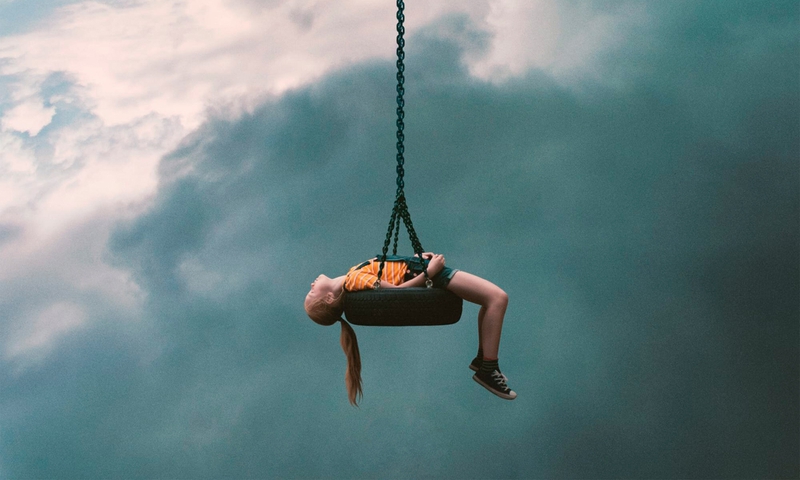 The "creepy kid" corner of the horror world summons specific, schlocky tropes: vomiting girls, jarring profanity, bizarre powers orchestrating nefarious plots that usually end with someone losing an extremity or two. The obvious disconnect between these supposedly innocent tykes and their profane exploits is a natural breeding ground for such unrepentant exploitation filmmaking, where this dissonance is often pushed to confrontational levels. Rarer, though, is a film like Eskil Vogt's The Innocents, which twists this genre staple into an unsettling exploration of childhood itself. Positioning its violent outbursts as more of a means rather than an end, the film's supernatural elements only amplify the natural horrors of an age where each discovery is weird, wonderful, and horrifying all at once.

During a listless Nordic summer, young Ida (Rakel Lenora Fløttum) moves into a new apartment complex with her family. Largely left to their own devices by their parents, Ida and her older, autistic sister Anna (Alva Brynsmo Ramstad) befriend a couple of other kids in the building: the curious but troubled Ben (Sam Ashraf) and the kind, outgoing Aisha (Mina Yasmin Bremseth Asheim), who particularly pays no mind to Anna's non-verbal behavior. As the quartet spends more time together, they come to discover latent powers—mind control, telekinesis, and telepathy—that blossom in horrific fashion as natural childhood curiosity and Ben's dark impulses collide. 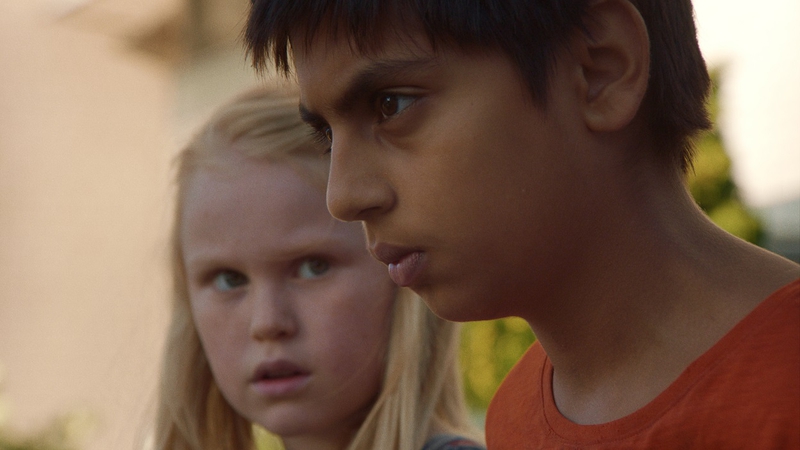 However, those impulses aren't explicitly sinister, Vogt insists. "I don't think that there are any evil kids. They have good and bad in them as we all do as humans," he says. "It's more about that inner struggle of how to deal with those emotions. Some are constructive, and some are destructive. How do we find our way through that?" Much of The Innocents finds its characters navigating that tricky path, their strange powers complicating an already difficult journey.

According to Vogt, a natural and horrific drama arises from the dichotomy of extraordinary children attempting to reconcile their strange abilities with the common experience of growing up. "I feel like morality is strong in this genre, and this movie is about finding your own set of morals. When you're a child, your morals come from your parents, but you eventually have to find your inner moral compass, and I think that's part of what we do as kids, "he says. "You have to try things and see how they feel, and that exploration is part of becoming a good, moral human being." The Innocents embraces the typical disconnect of this subgenre but does so in a perceptive, heartbreaking manner that acknowledges children are capable of committing good and evil as a matter of course. 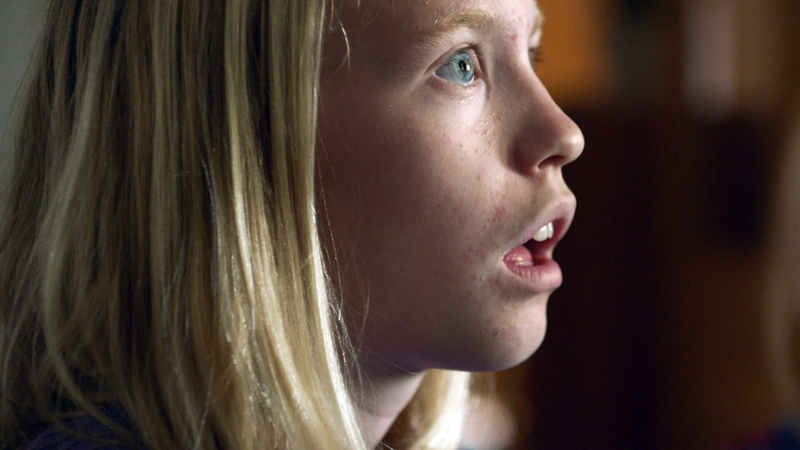 Even with its dark turns, The Innocents resists the typical trappings of this subgenre. Rather than couch his tale in the perspective of horrified parents desperately trying to comprehend their "bad seed," Vogt hovers around the children, observing them as they explore the fanciful and horrific possibilities during their cruel summer. This perspective was crucial to the film: "It was important to be with the kids as much as you can," he says, noting that the approach not only builds suspense but also keeps the children as the focal point. "I wanted to make a movie where I'm with the kids," Vogt insists." We need to be in their inner circle and not on the outside like in many other movies."

For Vogt, these trappings are horrifying enough, and the elliptical nature of his script—which is in no hurry to reveal the source of these strange powers—foregrounds this natural, universal struggle that all children endure. Inspired by stories of childhood brutality, particularly from well-adjusted adults who would "have those stories about being cruel to animals and younger siblings," he wondered about this seemingly ubiquitous, disturbing rite of passage. "I started wondering why that's such a common thing. Why do kids need to transgress and explore and experiment like that?" In answering that question, he resisted the urge to attribute his characters' disturbing urges to any kind of external, devilish force. "I think a lot of horror movies have that strong good vs. evil theme, but they're too religious or rely on some exterior, diabolical force instead of focusing on impulses that we need to control, and we put these words on them." 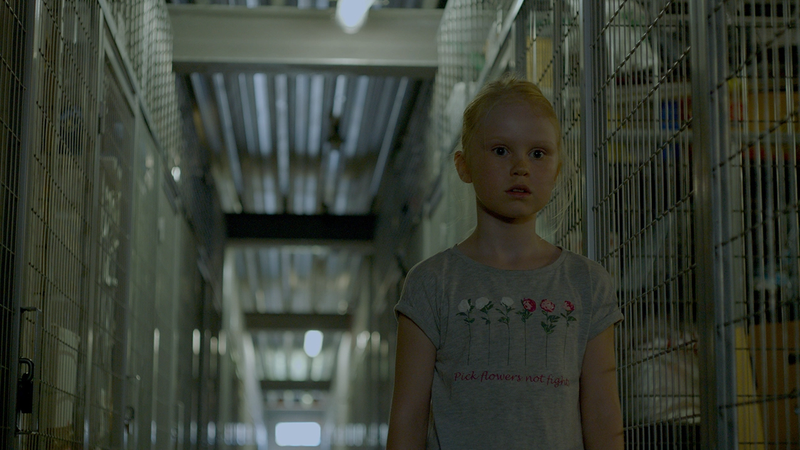 As such, staples of this genre like The Omen were pointedly not a reference point for the writer/director, who wanted to craft a film that thrived on drama and psychological dread rather than schlock. Citing The Spirit of the Beehive as a major influence, he focused on capturing the unique world of children, which started to fascinate him once he had kids of his own. While he wasn't a nostalgic person growing up, he began to look back after observing his kids and recalling his own random memories. "I was reminded of how radically different it is to be a child. How differently you experience the world and how open you are to everything because you don't know how things work," he says, adding, "You have problems separating fantasy and reality. You live in that world where everything is possible and limitless—it's wonderful and scary at the same time."

Such an approach also dictated a sympathetic portrayal of these children, including Ben, the most disturbed of the bunch whose violent tendencies cast a pall over this bright, Nordic summer. Vogt is quick to credit Ashraf's performance in painting a complicated portrait of a slippery character: "I cast him because I knew he could bring that vulnerability to that character, even when he's at his most dangerous." At times, Ben's impish provocations do recall some of the genre's previous little devils; at others, it's clear that he's simply a kid whose abilities have provided an unfortunate outlet for the anger he can't quite articulate. While Vogt wants his audience to see Ben as obviously disturbed, he felt like he would have "failed as a filmmaker" if they craved and relished a comeuppance. "He's a human being, and I wanted to remind people that he's just a kid," he notes. "Even adults our age, especially men, have problems with their anger. How can you ask a young boy to control those feelings when his family circumstances aren't ideal? He's all alone in this world, and he has a power he shouldn't have." 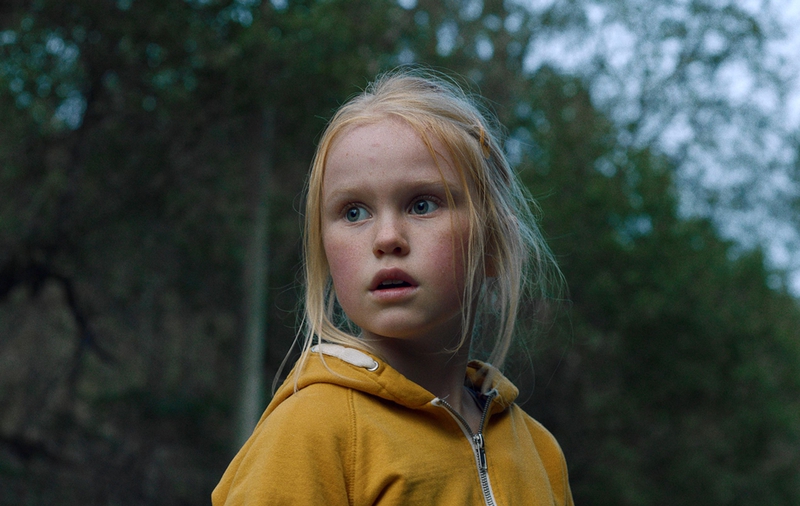 Despite its character-driven approach, deliberate pacing, and restrained violence, horror fans should fret not: Vogt himself assures you that The Innocents is a horror movie. The filmmaker, who traces his horror movie obsession back to watching a VHS copy of The Shining, wears the genre as a badge of honor. In a declaration that should delight most devotees, he scoffs at the dreaded "elevated horror" label, recognizing that horror is a wide umbrella encompassing everything from splatter movies to arthouse fare. "Horror movie enthusiasts are always looking for something new. They're open to everything," he muses before explaining that his journey took him from Peter Jackson and Sam Raimi to European giallo films.

While he appreciates those splatter movies, their approach ultimately wasn't right for The Innocents, a film that thrives on a slow burn and creeping dread where violence is treated like punctuation marks. To explain his approach, Vogt notes that he "doesn't feel that much" when witnessing "extreme violence" in a movie. "When I see someone getting their heads blown off, I have no memory of that kind of pain or experience. I laugh. That's the splatter thing. It's funny because it's taboo," he offers. "But if I see someone getting their fingernail hit by a hammer, I'll shudder because I've felt something like that." He further describes his desire to keep the violence in The Innocents on that kind of intimate, cringe-inducing level, "You get a bone cracking instead of extreme violence, which you don't always feel. It just becomes a trope or an empty gesture."

Between the film's surgical deployment of violence and its alienating, sun-splashed atmosphere, Vogt hopes The Innocents is as unsettling as it is a fascinating character study, noting that he set out to make a scary movie. "I wanted it to be about childhood, but I also wanted it to be scary," he tells me before describing the encouraging early reaction to the film. "When I got the thumbs-up at horror festivals, and audiences recognized it as a horror movie, I was very happy. I made a very personal, very free movie, the same way I wrote The Worst Person In The World, and it's a huge compliment when people call it a horror film."

The Innocents is now playing in theaters and streaming on demand.