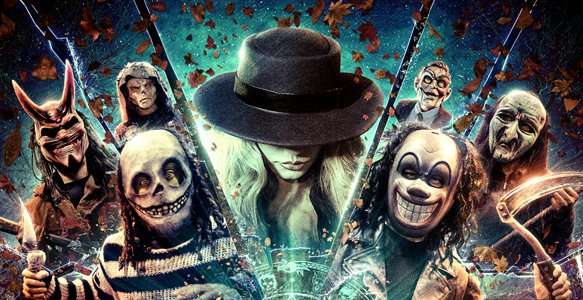 From a producer of the Don’t Fuck in the Woods movies comes a new mix of horror and humor centered on All Hallows’ Eve. They See You recently wrapped and is heading for a festival premiere in October (natch), and Fango has the exclusive first look at the new poster and some stills.

They See You, a co-production of Jonestown Films and Studio 605 Films, was directed by Tory Jones (The Wicked One) from a script he wrote with Cheyenne Gordon. Lloyd White, Jack Gross, Jace Carson, John Wells, Jason Crowe and Sebrina Scott star; the synopsis: “Three outcast brothers steal a mysterious board on Halloween and unknowingly unleash a horde of ghouls from another dimension onto their hometown.”

“It’s very much inspired by classic coming-of-age movies that we know and love,” Jones says. “The story is a witty, fun, spooky ride that doesn’t take itself too seriously and will have people laughing one minute and jumping out of their seats scared the next.” Adds executive producer Chris Gierowski, “I know Tory’s goal was to make a Halloween version of Jumanji, and we are super-excited for people to see it!” They’ll have their first chance when They See You has its world premiere October 2, 2021 at Fright Night Horror Weekend in Louisville, KY.

Check out some exclusive images and the poster below! 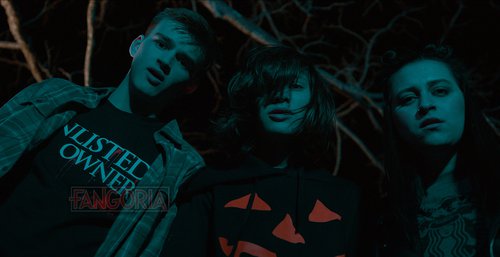 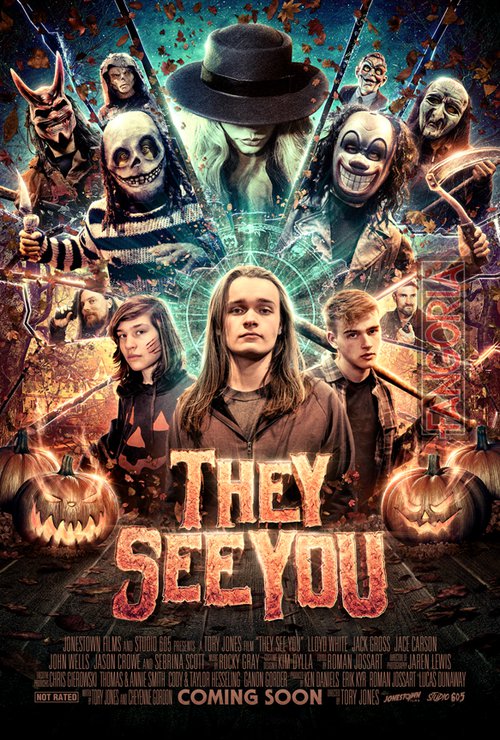