Take a look at these poster variants by Creepy Duck Design. 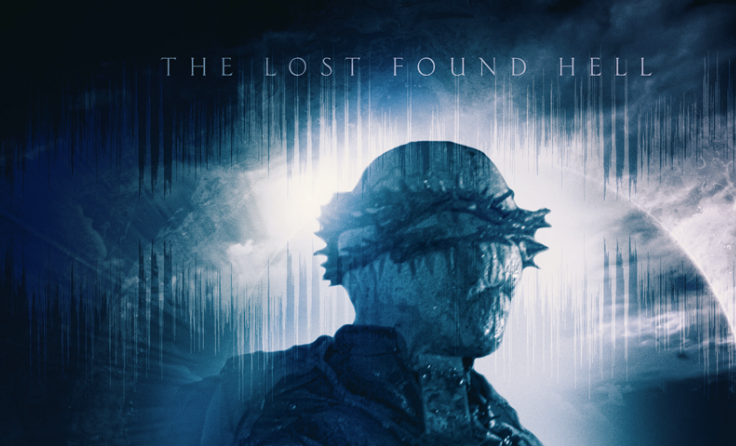 Director Douglas Schulze (The Dark Below, Mimesis) gave FANGORIA the first look at a pair of variant posters (created by Creepy Duck Design) for his latest fright feature, Thorns; check ’em out below. He also gave us a few words on the movie, which combines religious and sci-fi themes and stars Hellraiser icon Doug Bradley, Jon Bennett, Cassandra Shomer, Bo Shumacher and Elly Schulze.

The synopsis of Thorns is as follows: “The story centers on an ex-priest working for NASA who is sent to investigate a remote observatory that went silent after receiving a radio signal from deep space. Upon arrival, he discovers the signal has set in motion the biblical end of times. The former priest must now summon his lost faith to stop the signal from spreading hell on Earth.” The emphasis is on old-school practical effects and gore; Bradley appears as “a mysterious archbishop” in the film. 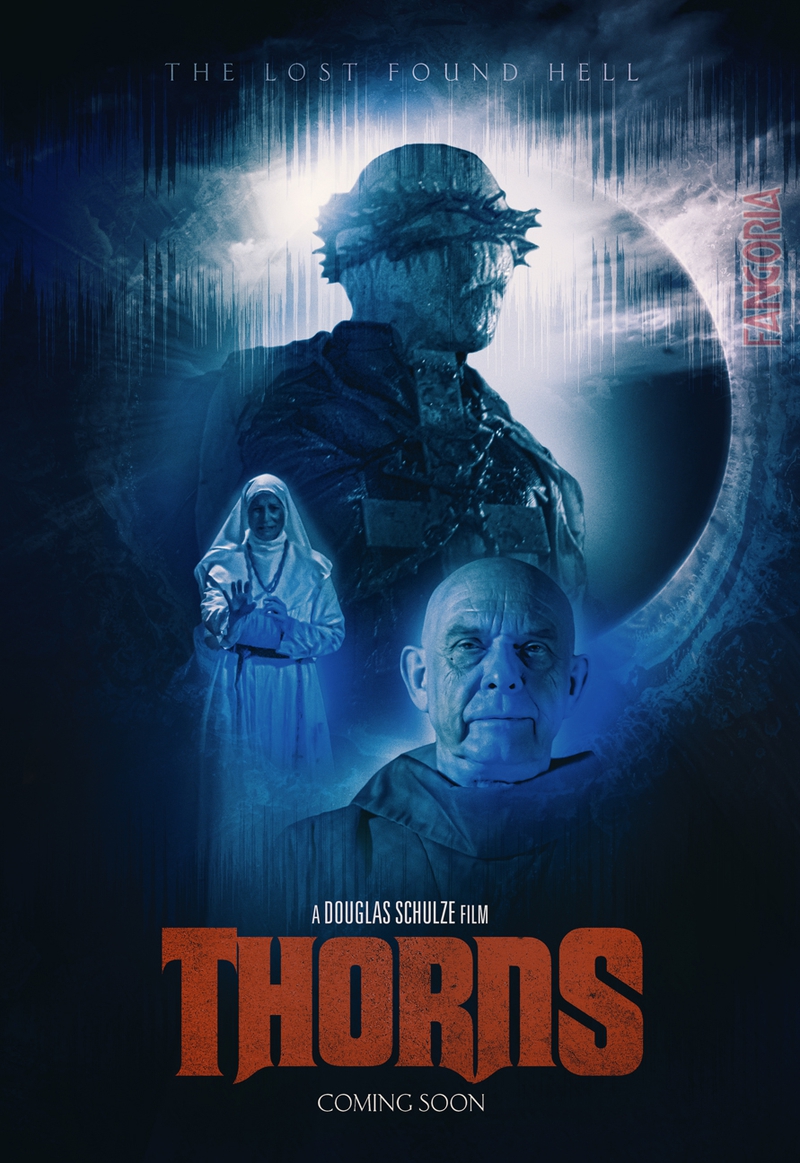 “There’s a short list of iconic actors I’ve always wanted to work with,” says Schulze, who has previously guided the likes of John Saxon, David Carradine, Richard Lynch, Dee Wallace, Sid Haig and Lance Henriksen, “and Doug Bradley is near the top of that list. He brings a sense of authenticity to every role he plays—such a commanding screen presence. I felt he was the perfect choice to play a holy man obsessed with biblical prophecy. Between takes, we’d discuss one of the film’s driving themes: predestination vs. free will. We also chatted about author Lewis Carroll and the impetus for Alice in Wonderland, and his time working with Clive Barker, whose work I’m a huge fan of.

“Thorns ranks among my favorite moviemaking experiences,” he continues. “Years ago, I had a bad situation with a well-known actor who had to be fed their lines by the script supervisor.” No such problems existed this time: “Doug had these lengthy monologues to memorize, and as a director, you’re always concerned about actors having their lines down. Every single time, Doug nailed it, word for word with only minor adjustments. Multiple takes were often just for variety.” 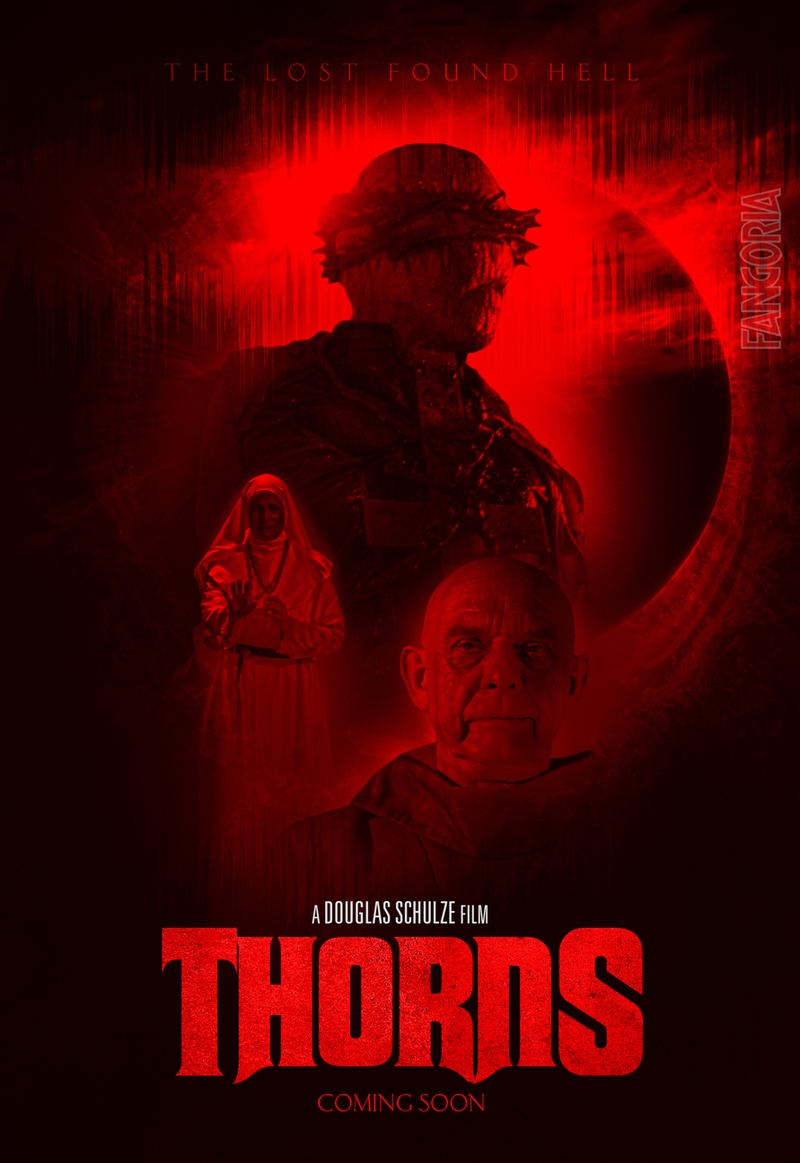 Schulze plans to have Thorns play North American and international festivals in 2023, followed by limited theatrical and streaming release around Halloween. And he’d like to both revisit this subject matter and reteam with his star in the future. “Thorns was conceived as three stories about the biblical apocalypse,” he says, “and I’m hoping to have the opportunity to work with Doug again in the near future.”