The visual effects legend sits down with FANGORIA to discuss his stop motion horror masterpiece, 30 years in the making. 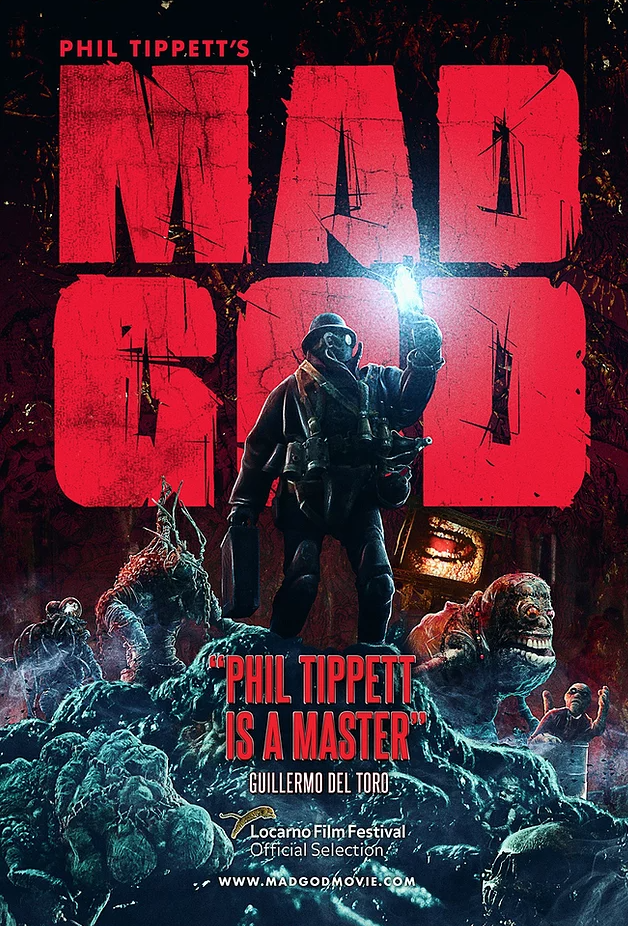 The ED-209 in RoboCop, the walkers in The Empire Strikes Back, and the dinosaurs of Jurassic Park all have one man (and two hands) in common: visual effects legend, Phil Tippet.

A name familiar to many horror and film fans, this two-time Academy Award winner has spent decades spearheading jaw-dropping moments of stop-motion and design. Beginning with his work on the original Star Wars trilogy (and, yes, Joe Dante's Piranha), Tippett quickly established himself as a modern master of the craft.

In 1984, he founded Tippett Studio, where he continued to innovate the stop motion industry. He then bridged the gap between practical and digital to create some of the first realistic computer-generated effects, beginning with Jurassic Park.

However, his most recent work is perhaps his most personal (and definitely his most disturbing). Mad God is an 80 minute, stop-motion horror masterpiece that, frankly, has no cinematic comparison. Every frame is lovingly filled with a jarring, primordial world of tortured souls, globular monsters, and gore-filled hospital beds.

He first began to work on the passion project in the late '80s, but abandoned it after shooting a few minutes of footage due to work obligations.

Tippett's Mad God is finally being screened in its entirety at film festivals worldwide in 2021, premiering last week at the Locarno Film Festival in Switzerland. Its US premiere will be this September at Fantastic Fest in Austin, Texas.

FANGORIA got a chance to sit down with Mr. Tippett, who helped shed light on the directorial process, some life-long inspirations, and his glorious nightmare. 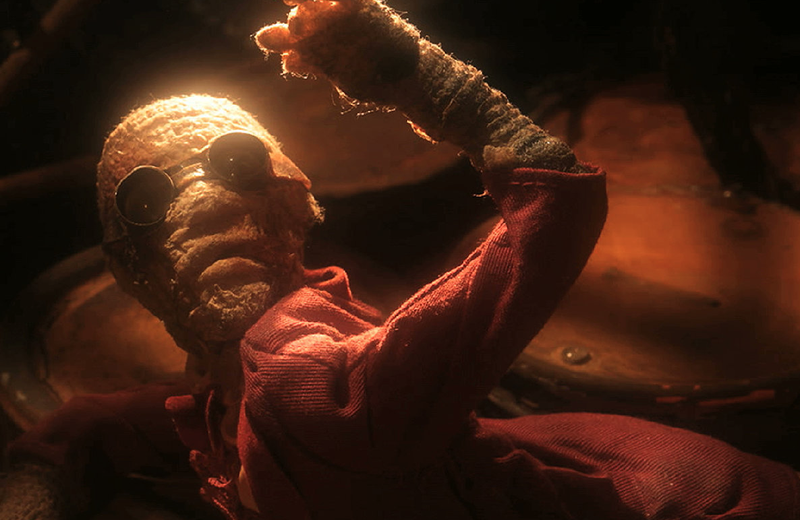 What was it about stop-frame animation legends like Ray Harryhausen (7th Voyage of Sinbad) and Willis O'Brien (King Kong) that inspired you at such a young age? What else inspired you?

Oh, it was magic, pure and simple.

They used a lot of magical tricks. They actually went back to Georges Méliès, who was a stage magician, for their inspiration.

I think it all began when I was probably ten years old and my dad realized that I was into monsters. He was an artist and had a large collection of art books, so he showed me a book of Hieronymus Bosch and Pieter Bruegel paintings. And that set off a spark.

I don't even know what it was, but ever since then, I wanted to make a Hieronymus Bosch movie. But now, I've somehow managed to do it.

Where do you draw your inspiration now, all these years later, especially when crafting the world of Mad God?

My wife was in the editorial department on Amadeus, so we would go out to dinner with Milos Forman (director, also of One Flew Over the Cuckoo's Nest). I asked him for advice since I was a young filmmaker, and he gave me the best advice I have ever heard which is, "If you want to take a good shit, you have to eat well."

And I totally got it! The more time you have to prepare, the better the thing is going to be. So that's what I did after I abandoned those first few minutes of Mad God: I spent the next 20 years studying Freud and Jung, making storyboards and designs.

As you mentioned, the Mad God project fell on the back burner over 30 years ago. What inspired you to come back to this world?

I had first abandoned it because the scope and scale was just too big.

It was a vertical climb for me because the computer graphics revolution had just hit, and I was the creative lead of a studio. We were going out on location, attending production meetings, and doing the visual effects, so it soaked up a lot of my time. But then I also had time on airplanes and in the evenings to think. And when I came back home, I had a huge library that was full of all kinds of books: archeology, prehistoric life. It was all very eclectic and I had a lot of weird stuff.

But twenty years later, some of the guys at my studio were watching me archive about three minutes of Mad God footage that I had shot in the late '80s, all on 35mm film and with motion control. They looked over my shoulder, thought it was an old Czechoslovakian movie from the '40s, and asked what it was. I told them that it was just a failed project, but they were very intrigued with what they saw.

Those two guys, Chris Morley and Randy Link, then set up and animated the first shot of the protagonist (The Assassin) going down some stairs with a torch. And it just went from there! 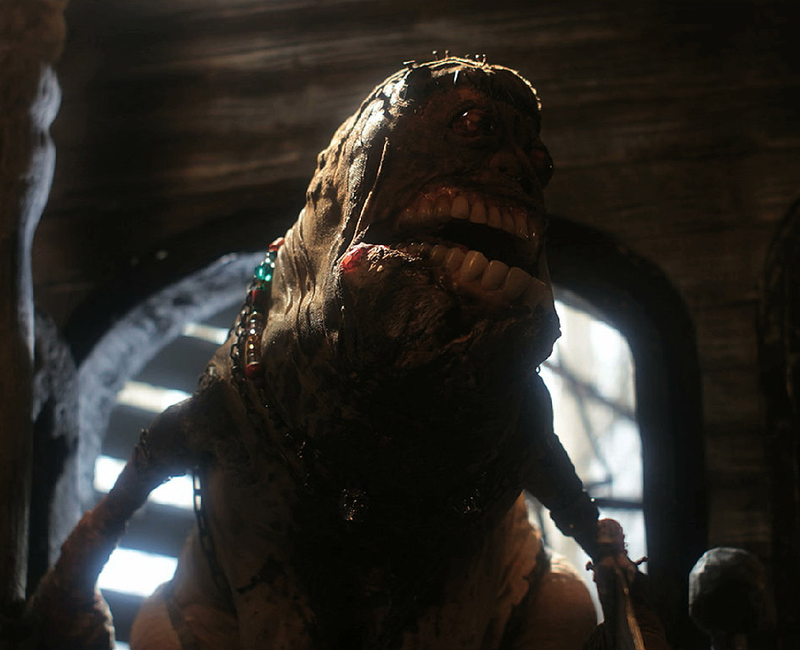 With this movie, you've been able to work with Tippett Studio employees, who might have just typically been in front of a computer doing their day-to-day VFX work. What was it like guiding this new generation in the art of stop motion, and what was their response working in this tactile, hands-on manner?

Well, I had a couple of the best stop motion guys in the world working for my studio at the time. They had turned into computer artists, but Tom Gibbons is a great stop motion animator and Chuck Duke is equally as good (he's now working on Guillermo del Toro's Pinocchio project). They were the leads, but then I brought on a student who Tom had been teaching. They were pretty good amateurs when I got them, but they walked away being very good animators.

We just picked up people. I would give talks around the Bay Area and the students would ask if they could volunteer. One thing led to the other and I would get as many as fifteen to twenty people on a Saturday coming in, which actually turned out to be the only way I could have made the movie.

During the week, I could plan what they would do, because they were mostly all unskilled, and I would come up with tasks. Like, there was one huge task that would have shut me down if I had to do it all myself: making these mountains of dead army men. Even with the help, just that took almost three years to complete, with 4-6 people working on their weekends.

Mad God was first screened at the Locarno Film Festival, alongside your two collaborations with Paul Verhoeven (Starship Troopers and RoboCop). Was there anything you picked up from him that you applied to directing?

Yeah. Paul really became my mentor. My only film school, because I couldn't afford to go to film school, was just art school.

I've had a number of mentors through my life that I would seek out: these people that were older than me and interested in the same things. But Paul and I were interested in many of the same things, our political views were very similar, and we could really create using a shorthand.

We had a really terrific relationship.

I've been following Mad God since 2013's Kickstarter campaign, which financed the first twelve-minute "Part 1" of this story. Now it's 80 minutes and complete, and audiences will be able to see the full story on a big screen. What do you hope their reaction is?

The audience response has been great already. They had set up three screenings at Locarno and then opened it up to three or four more, just by word of mouth. So, that was terrific.

I sat in the back of the theater, with composer Dan Wool, just so we could count how many people walked out. There were about 200 people at the screening, because it was all socially distanced. I sat next to a mother and a father and their two kids. The kids were about six and eight years old, and I told the mother, "I wouldn't bring my kids to this!"

They made it about two minutes into the movie. Eight people left, and they were four of them. On her way out, she said, "You were right."

I said, "Oh it gets worse. You better hurry."

Watch the trailer for Mad God below: