Exclusive Interview: The Creators Of ‘Antrum: The Deadliest Film Ever Made’ 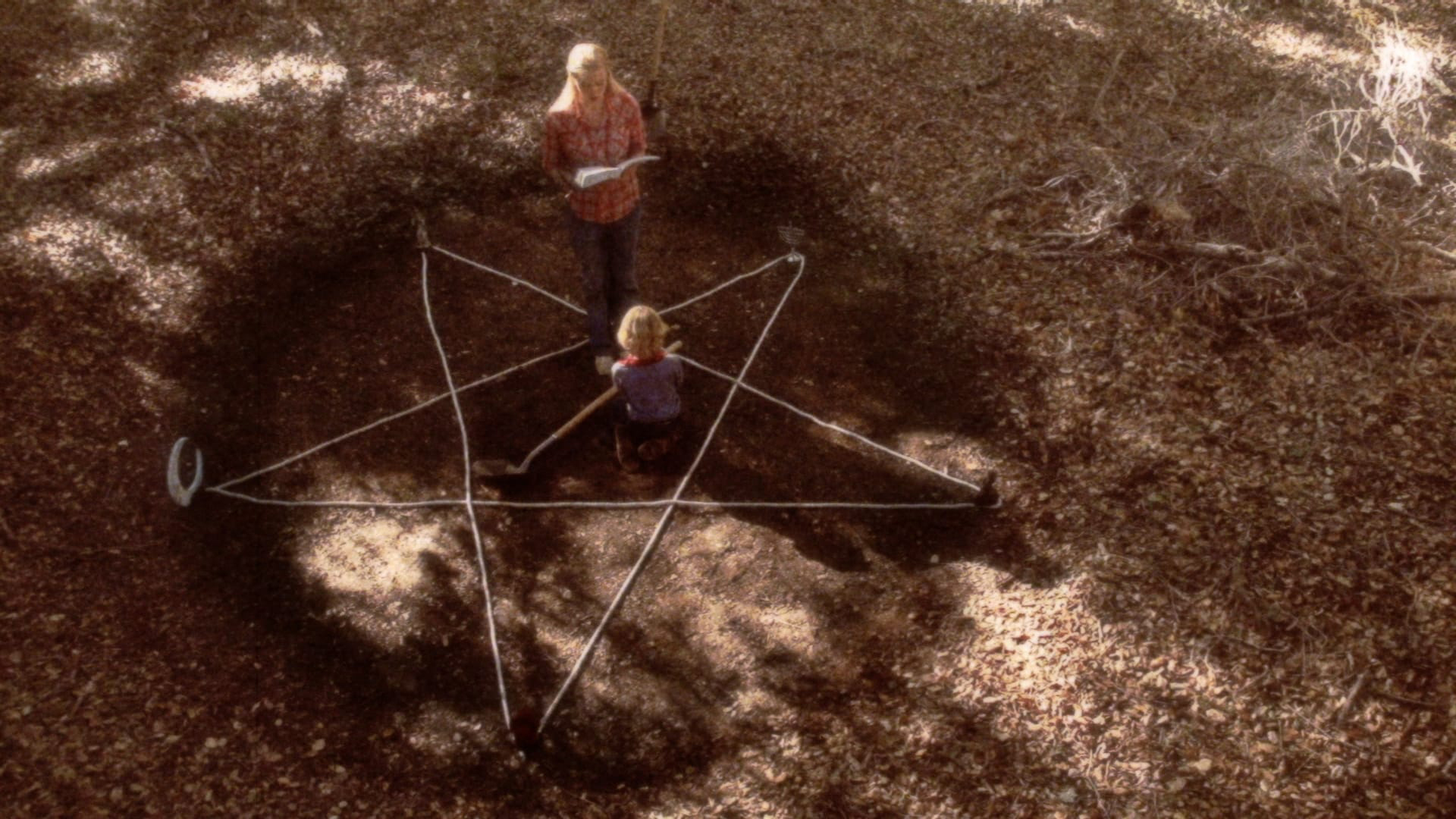 Oh, look. It's just a couple of kids, playing with Satan.

Exclusive Interview: The Creators Of ‘Antrum: The Deadliest Film Ever Made’

ollowing screenings at festivals around the world, where it unnerved and intrigued horror devotees, Antrum: The Deadliest Film Ever Made is now available for rental and purchase online. David Amito and Michael Laicini’s movie is about a fright feature from 1979 that had a much more insidious effect on its viewers, driving them to insanity and murder.

Deadliest Film, which can be viewed on iTunes and Amazon, begins in documentary-style with assorted interviewees relating Antrum’s notorious history. Then we view Antrum itself, which has been crafted to evoke the off-kilter, slow-burning style of ’70s Euro horror. It follows a pair of siblings, teenage Oralee (Nicole Tompkins) and young brother Nathan (Rowan Smyth), as they pass through the titular gateway to hell (located at the spot where the devil fell to Earth after being cast out of heaven). Their ordeal, as they are stalked and tormented by evil netherworld denizens, is interspersed with brief bursts of more extreme footage and subliminal occult symbols suggesting that someone or something is attempting to use Antrum to maliciously manipulate its viewers.

“Part of the reason people have been looking forward to this release so much,” says producer Eric Thirteen, “is because no one has been able to say what this movie really is. At first, people thought it might be a mockumentary. When that turned out not to be true, some people actually thought it was a hoax. I’m excited to have the final trailer out so people will see it with their own eyes. Antrum is real. It’s a full-length horror film, and you can watch it right now.”

“Between the two of us, Mike and I have digested a lot of horror movies,” says Amito. “By now, the rush of being truly and deeply scared by a film is just not easily accomplished anymore. My fear receptors are fried when it comes to scary movies. I’ve seen too much. This is not to say that we aren’t capable of appreciating an incredible piece of horror art — Midsommar and Luz come to mind this year — or being deeply disturbed by an act within a story, but it’s not the same as when I was 12-years-old. Back then, there was a very real danger that the monsters I saw onscreen could somehow step out of my parents’ TV, haunt and murder me.”

“I like to think of this as a never-before-seen kind of character-driven movie because ultimately, you play the ultimate role in this experience too,” Laicini adds. “It’s the first horror movie where not only can the characters be killed … you can too.” He notes that framing Antrum as a ’70s production was key to the aesthetic. “A lot of movies from that era are character-driven. Some might argue that Antrum is concept-driven, but I feel one of the surprises is just how sensitive and character-driven the story is. Ultimately, I believe that’s part of why it feels authentic.”

Another key to that authenticity involved casting a pair of young leads who not only looked like late-’70s kids but were believable as siblings. “Miraculously, the stars aligned for us there,” Laicini says. “Thankfully, Rowan had this messy mop of blonde hair that was already period-authentic.”

It also gives him a look similar to that of Giovanni Frezza, the little actor in Lucio Fulci’s The House by the Cemetery and Manhattan Baby. “You’re right; when you look at him, he seems familiar in all the right ways — and that was a gift we were given on this production. I have to say, our leads made the making of this movie a total joy.”

When it came to re-creating the visual style and pacing of that bygone decade, the duo developed a strategy that Laicini refers to as “Method filmmaking,” immersing themselves in classics such as Don’t Look Now, The Exorcist, The Omen, Carrie and the like.

“They play a little slower, the camera is more often fixed on a tripod, [and we took cues from] specific framing and the more select use of close-ups,” Amito explains. “The rhythm of the suspense plays differently, compared to what you see in more modern films. We were very lucky to work with Maksymilian Milczarczyk, an extremely gifted cinematographer who shared our love and knowledge of 1970s films.”

He adds that the experience they wanted to provide to their audiences was similar to that which people experience when they attend live haunted attractions. There’s an element of putting yourself in the hands of strangers there, and similarly, “Mike and I are your hosts, inviting you to watch a cursed film that we have deliberately manipulated on multiple levels to have a psychological effect on the viewer.”

“We had many conversations about the nature of story, as it relates to our own fears,” Laicini says. “What are you afraid of? There’s no way to answer that question without being told a story. Antrum forces you to reflect on the power of storytelling, and to be actively engaged in self-reflection on the power of your own beliefs or fears.”

Of course, when you present to your audience a movie that allegedly has the power to drive them crazy — with fear or otherwise — you’re establishing a pretty high bar for yourself. Setting up those expectations, and then following through on them, was “nerve-wracking,” Laicini admits. “There’s a part of me that doesn’t understand how we made it out of production alive, because making a movie with a concept this audacious is just inviting failure.

“But at every step of the way, even when we felt we had nothing else to give to Antrum, we found deeper reserves to pull from and a way to carefully craft this experience, frame by frame, as lovingly as we could. The movie took almost five years to finish, because we were ruthlessly honest with it every step of the way. I like to think all of that struggle is paying off, because, well, here we are in 2019 and Antrum is being talked about in huge magazines like FANGORIA, has played at major festivals and has international distribution. We must have done something right.”

Read more about Antrum: The Deadliest Film Ever Made in FANGORIA #5, on sale now.

Michael Gingold has been part of the FANGORIA family since 1988, when he began writing for the magazine. He became associate editor in 1990, quickly moved up to managing editor and eventually became editor-in-chief, and was an editor and writer for the previous FANGORIA.com website. He also contributes to Rue Morgue, Birth.Movies.Death, MovieMaker and Scream, both in print and online, and has written liner notes, directed bonus features and taken part in audio commentaries for Blu-rays and DVDs from Arrow Video, Vinegar Syndrome, Synapse Films, Blue Underground, Garagehouse Pictures and others. He is the author of 1984 Publishing’s Ad Nauseam: Newsprint Nightmares from the 1980s, Ad Nauseam II: Newsprint Nightmares from the 1990s & 2000s and Ad Astra: 20 Years of Newspaper Ads for Sci-Fi & Fantasy Films, FAB Press’ FrightFest Guide to Monster Movies and Rue Morgue’s Shark Movie Mania.