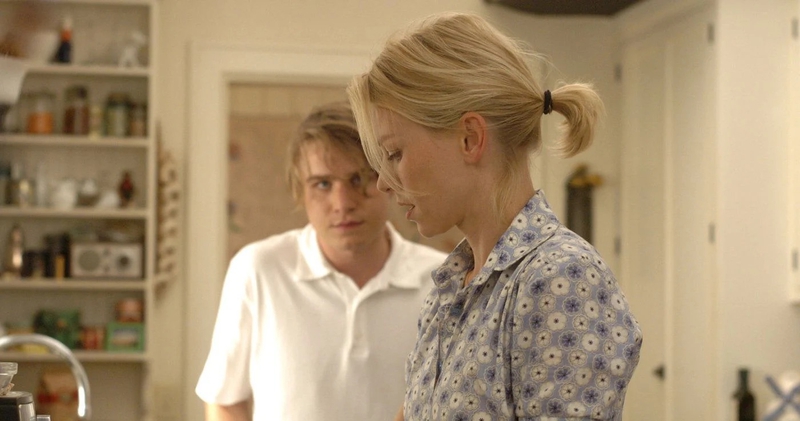 Editor's Note: This was originally published for FANGORIA on March 14, 2008, and we're proud to share it as part of The Gingold Files.

“I don’t like violence,” says filmmaker Michael Haneke, “and I don’t like horror movies. I would never do a thriller or horror film for the sake of doing it, and I would say that Funny Games is a self-reflexive anti-horror film. It’s a criticism of violence, because that really makes me angry.”

That distaste for brutality—specifically as it has permeated the mass media—has paradoxically led Haneke to make two of the most creepy and unnerving thrillers of the past couple of decades. Or, more to the point, to make the same one twice. Haneke’s new Funny Games is an English-language remake of his own 1997 film that startled the hell out of the Cannes Film Festival, and has gained a cult following in the States. A decade later, he’ll be reaching and disturbing a significantly wider U.S. audience with this shot-by-shot retelling, toplined by A-list talents Tim Roth and Naomi Watts (the latter becoming something of a genre remake queen with The Ring, King Kong and her reported involvement in the upcoming The Birds).

Watts and Roth play Ann and George, a married couple who take a weekend trip with their young son Georgie (Devon Gearhart) to their Long Island vacation home. They’ve barely settled in before they’re paid a visit by two seemingly polite young men who call themselves Paul (Michael Pitt) and Peter (Brady Corbet, whose character is actually referred to by a few names by Paul). They soon drop the manners, however, and commence a series of increasingly unpleasant “games” with their new victims—and crucially, Paul involves the audience as players, turning to address the audience directly, implicating them in the torture that follows—and subtextually asking questions about why we would want to continue watching.

Some might question why Haneke would make a statement about his abhorrence of violence with a movie that is itself hard to watch, but he believes that “there is no other possibility. You can just talk about violence, but that’s easy. You can discuss all the bullshit in the world, but that proves nothing. I believe you have to have to shake people a little bit, to wake them up.” And he believes that Funny Games’ message is as relevant today, if not more so, as it was when he made the first version. “More than ever, it has become self-evident—it almost goes without saying nowadays—that violence is part of entertainment. It’s the part of entertainment, of the media. The film as it was has only become more topical, as a result of developments in between, so there was really no reason to change it.”

While it was his own decision to recreate the original movie to the letter (right down to constructing sets that were an exact facsimile of the house he used in ’97), the idea of remaking Funny Games initially came from Chris Coen, one of the new film’s producers. “He approached me in Cannes; I was there with either Caché or The Piano Teacher, I don’t remember which,” Haneke recalls. “He asked me if I’d like to do it, and I thought about it and finally said, ‘Yeah, I’d do it with Naomi Watts; if she agrees, then I will.’ So she did agree [laughs], and when I was thinking about how to do it, I found there was nothing to add. It’s much more difficult to do the same thing shot for shot, but I didn’t really want to just change, let’s say, a couple of scenes and leave the rest, because that would make it neither here nor there. However,” he adds, “if you were to ask me, had I to do the first film again, would I change things, I would say yes, I would.”

Nor would he allow his cast to make any significant deviations from the established text. “Of course they wanted to,” Haneke says, “but I am very stubborn!” Nonetheless, while the actors did all watch the first Funny Games before they signed on, “to know what they were getting into, I encouraged them during the shooting not to see it again, because I didn’t want them to be bound by it.”

The result is what may be the most intense ensemble of performances in recent cinema, highlighted by Watts, whose turn as Ann is heartbreaking and nakedly emotional (almost literally as, unlike her ’97 counterpart, she plays the most harrowing sequence clad only in her underwear). Given the results, it’s not surprising that Haneke based his decision to make the second Funny Games on her participation. “I saw her in two films, Mulholland Dr. and 21 Grams,” he says, “and I just think she’s a terrific actress and portrays that vulnerability very well. She’s able to express a full range of extreme emotions. There are not so many actresses with this power.”

Tapping those abilities while shooting the film’s more difficult scenes presented a particular challenge for the director, who says that in such a situation, “You have to create a situation of trust on a set, and make sure the actor or actress can open himself or herself up to the role and to the director. The actor has to almost be protected from the director, and has to feel that way, and then you can elicit that kind of performance.”

Not only did Haneke guide an entirely new cast through the familiar roles, he also collaborated with a completely different crew as well. “Nobody came back from the original; it was not possible because of the unions, rules and regulations and work permits and those sort of things. It was my first time with the cinematographer, Darius Khondji. I had asked him to work with me on an earlier film, but he didn’t have the time, so we finally met on this one. It was good and very easy, and we are friends now.”

Unlike Khondji and many other European imports who now largely ply their trade on U.S. studio productions, Haneke has no particular aim to go Hollywood. “For years and years,” he says, “I haven’t had much time to think about what I will do in the future, because the next five years are always full of projects. So I have no time to dream about that; it was never my main interest to make a film in America. It always depends on the project and the possibilities it offers. If there was an opportunity there where I could do what I wanted to do, why not in America? Or why not in China, why not in Africa? I’m an Austrian, but I’m not an ‘Austrian filmmaker’; I’m a little radical minority—a one-man minority!

“Generally,” he adds, “I can always do what I want to do, so I’m in a really privileged position. But then, tomorrow it could stop! If you do two flops, then nobody will give you money. Till now, though, I’ve always been working.”

Throughout that career, which began with TV in the 1970s, video has been a subject he has explored alongside issues of violence. In 1992’s Benny’s Video, the title character is a young boy whose constant viewing of small-screen slaughter leads him to commit his own murder and tape the act; in his acclaimed Caché (2005), a couple is plagued by cassettes that turn up on their doorstep and prove to contain images from their own lives. And one key moment in both versions of Funny Games finds Paul making fourth-wall-breaking use of a remote control.

“It’s not that I’m particularly fascinated with video,” Haneke notes; nor does he see it as a negative in and of itself. “It’s just a technical means to do something. You can also do lots of wonderful things with video. It’s just like the way the Internet is a means nowadays, and I’m actually mulling over an idea in my head about the Internet and violence. It’s not about the medium as such, but what you do with it. Any new technology can be misused for the wrong purposes. When it comes on the scene, its value is neutral, but then it can be abused.”

Whatever subject matter he winds up exploring in his future productions, it’s pretty much a given that it will draw passionate reactions of one kind or another out of audiences. When the original Funny Games opened in Europe, he recalls, “There were enthusiastic people and people who hated it very much. That’s normal. All my films are controversial, and divide the viewers. If you have a position, I think it’s inevitable that some people will be shocked and other people will find it OK. I’m always attacking something, because to make a film, I have to be angry. I need to be shocked by something, so then I can make a story about it.”