The veteran director guided the horror star through two cult flicks—and is now celebrating him with DRACULA, NAZI HUNTER. 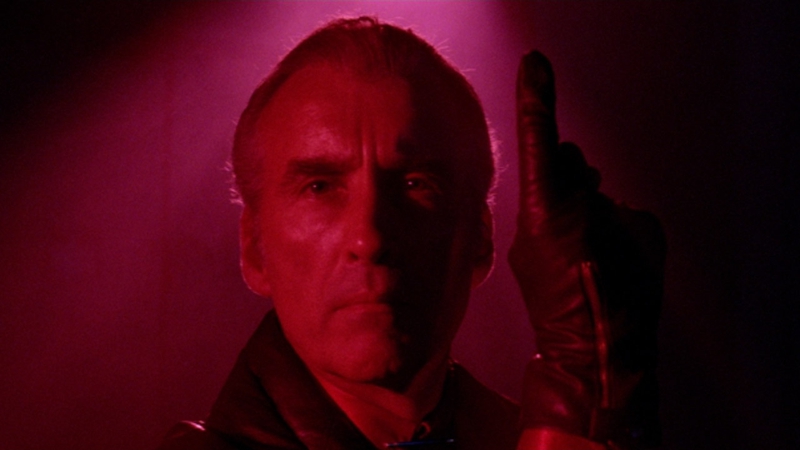 THE RETURN OF CAPTAIN INVINCIBLE (1983)

Legendary actor Christopher Lee is best known for his many collaborations with Britain’s Hammer Films, but there’s a subset of genre devotees who especially enjoy his pair of collaborations with Australian filmmaker Philippe Mora. The director first cast Lee as a singing villain in 1983’s offbeat superhero spoof The Return of Captain Invincible, then tapped him for 1985’s Howling II…Your Sister Is a Werewolf, the sequel that spun off Joe Dante’s hit original in bizarre new directions.

Return of Captain Invincible, which recently made its Blu-ray debut courtesy of Severin Films, sees Lee playing Mr. Midnight, the WWII-era nemesis of the titular costumed fighter for justice. In the ’50s, government persecution led Captain Invincible (Alan Arkin) to hang up his cape and crawl into a bottle, but the re-emergence of Mr. Midnight leads him to attempt a comeback. It’s not easy, for various reasons—including a musical number in which Mr. Midnight tempts him with an alcohol-oriented song entitled “Name Your Poison,” written by none other than The Rocky Horror Picture Show’s Richard O’Brien.

Lee’s rich baritone singing voice had previously been heard in Robin Hardy’s classic The Wicker Man, and though Mora is an admirer of that film, “that had no bearing on casting Christopher,” the director says. “I knew from conversations with Christopher that he loved singing, and I had heard him sing, actually.” He had also previously been acquainted with O’Brien’s work…and admits he initially wasn’t as impressed. “Jim [Sharman, Rocky Horror’s director] and I were very close friends in London, and when he got a tape of the [stage] show from Richard O’Brien, he said, ‘Come over and listen to this, I want to do this.’ He played me the whole tape and said, ‘So what do you think?’ I said, ‘I don’t know, I think it’s a bit corny. Frank N. Furter?’ [Laughs] So that shows you what I knew!” 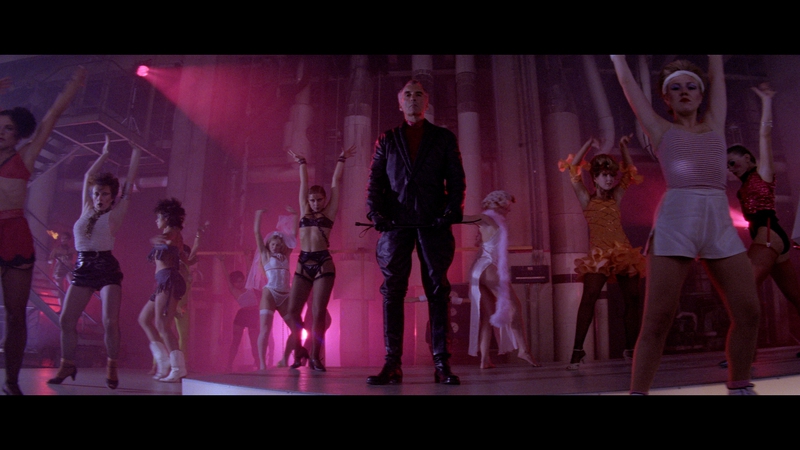 O’Brien, Mora adds, jumped at the chance to write a song for Lee, and guiding the actor through the Mr. Midnight role was “a pleasure, a pleasure. He was a consummate professional. I remember that on Captain Invincible there was one tracking shot, and every time the camera went past Christopher, he’d lean forward about six inches. After the second time, I said, ‘Chris, why are you doing that?’ And he said, ‘My dear boy, I’ve made hundreds of motion pictures, and I’ve been looking at the focus puller, and he doesn’t know what the hell he’s doing. So I’m focusing myself.’ [Laughs] I said, ‘Congratulations, you’re the first self-focusing actor I’ve ever met!’”

Lee also worked well with co-star Arkin, Mora says, even though the two would seem to be very distinct kinds of actors. “That’s actually why I cast them,” he says. “They were totally different; the English style and the American style are diametrically opposed, and I thought that would be really good for the hero and the bad guy. I liked that tension. They were both professionals, so they got on very well on the shoot, though they didn’t hang out together or anything like that.” 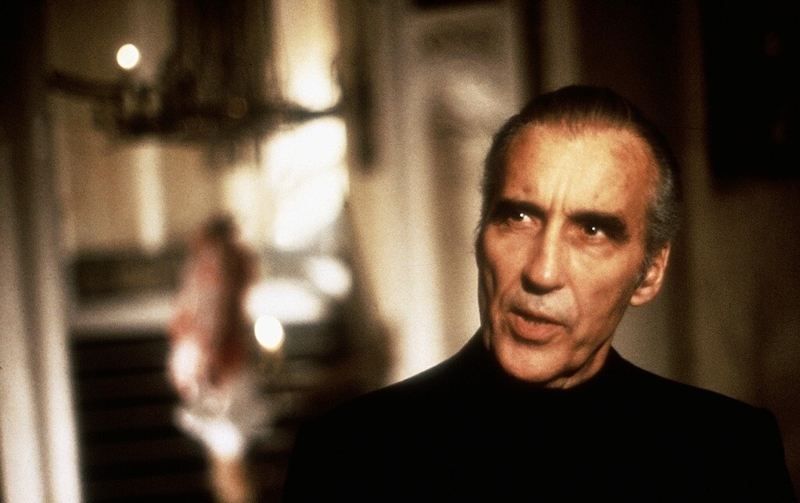 When Mora got the Howling II gig soon after, he was faced with a dilemma: “When you do a sequel, you’re damned if you do and damned if you don’t. If you don’t make it like the original, the fans of that movie say you screwed it up, but I chose to make Howling II very different. It’s kind of comedic, really. I have a sense of humor, and I find it hard not to… I mean, how seriously can you take it?”

As such, he knew exactly who he needed to play the role of lycanthropy expert Stefan Crosscoe, who helps Ben White (Reb Brown) and Jenny Templeton (Annie McEnroe) take on the immortal werewolf queen Stirba (Sybil Danning). Amidst the over-the-top action and dialogue, Lee is “an incredible straight man,” Mora says. “That movie wouldn’t have worked without Christopher being absolutely deadpan. For example, when he puts on those sunglasses at night [to infiltrate a punk nightclub], that is just beautiful, but it wouldn’t have worked if he wasn’t deadly serious. We knew it was funny, but funny is a serious business.” 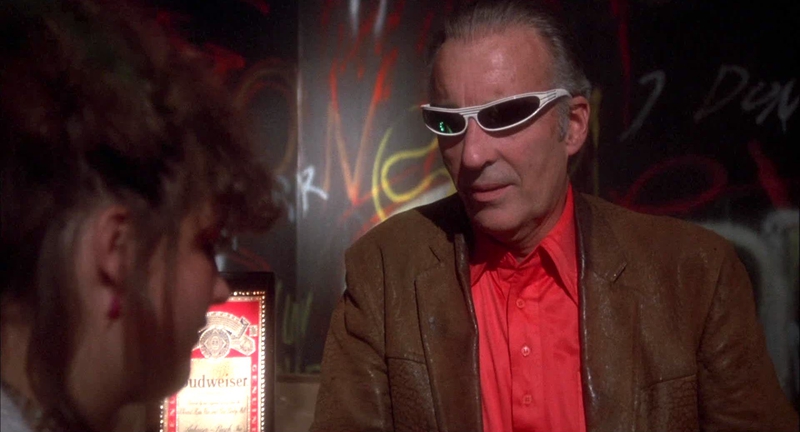 Shooting the punk club sequence also occasioned a situation that could have wound up much less amusing, Mora relates. “We shot Howling II in Prague, in Soviet-occupied Czechoslovakia, and during the punk scene, the assistant director came to me and said, ‘There’s a problem. There’s a Russian general outside who wants to see you; he wants to know what you’re doing.’ So I went out, and this general looked like he’d just come back from the war in Afghanistan—a terrifying-looking fellow. There was an interpreter there who said, ‘The general wants to know what you’re doing, because young people aren’t allowed to get together like this.’ And I said, ‘Oh, I’m shooting a film about werewolves.’ The interpreter then said, ‘The general wants to know: What is a werewolf?’ [Laughs] And I told him, ‘A werewolf is someone who turns into a wolf when there’s a full moon.’

“The general looked at me, and I was like, oh, what’s going to happen now? And he burst out laughing, and I thought, oh, thank God! Then he said, ‘You’ve got half an hour to finish whatever you’re doing, and then everyone has to leave, three at a time every 10 minutes, because this is an illegal gathering, of werewolves or whatever the hell it is you’re doing.’” 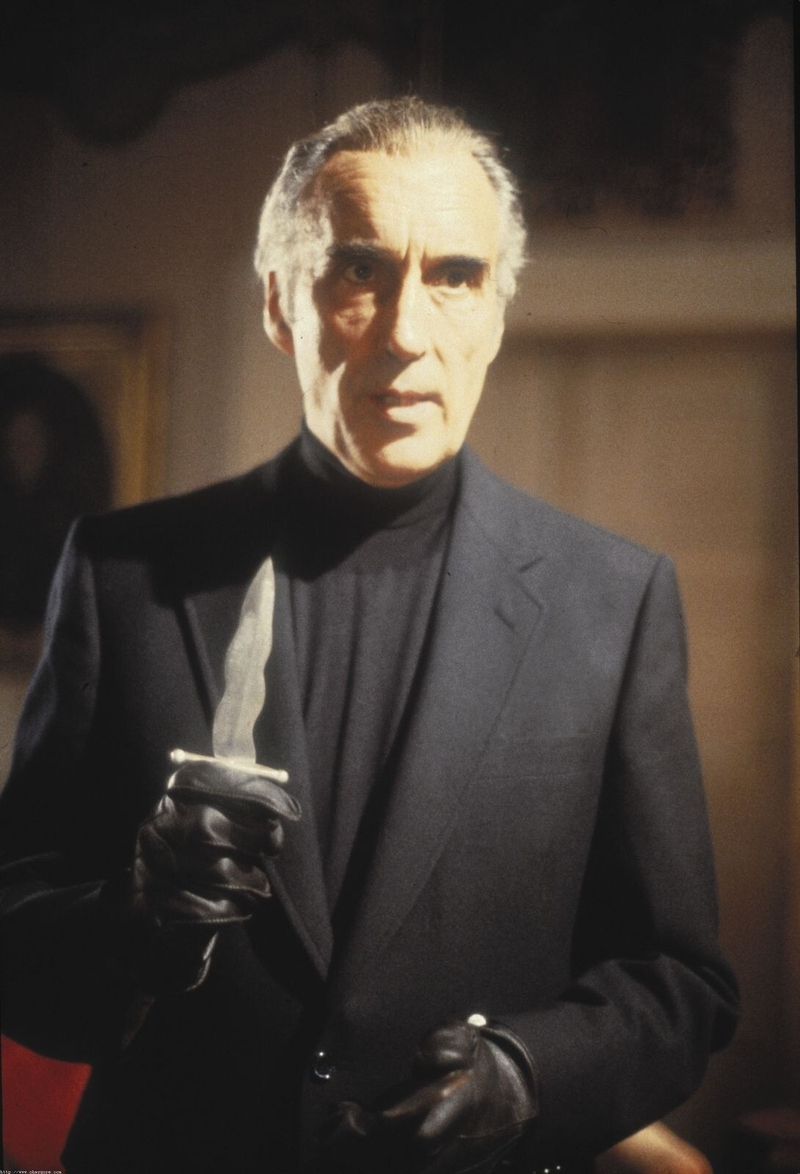 Filming the werewolf adventure behind the Iron Curtain also led Mora to some surprising discoveries about Lee’s background. “We were landing in Prague, and there was a military welcoming committee there, and I said to Christopher, ‘I wonder who that’s for.’ He said, ‘That’s for me, old boy! I’m a war hero here; I was involved in the assassination of [Nazi official] Reinhard Heydrich, who terrorized these people.’

“That was a whole new side of Christopher that I didn’t know. He said he’d been in British Intelligence and involved in the planning of Heydrich’s death and the hanging of Nazis. And because Prague was Russian-occupied, the KGB were following us around and bugging our calls in the hotel and everything, because I reckon they knew about Christopher’s background. For all I know, he may well have reported back to British Intelligence about what was going on in Communist-occupied Prague.

“So there was all this real-life espionage stuff happening, and when I saw him after we made Howling II, he said he’d told me a little bit too much, because he was still under the Official Secrets Act in London, which is very strict; you never really escape it. He said he’d been paid a visit by the Intelligence people, and they told him he was still under the signature of confidentiality and to shut up! 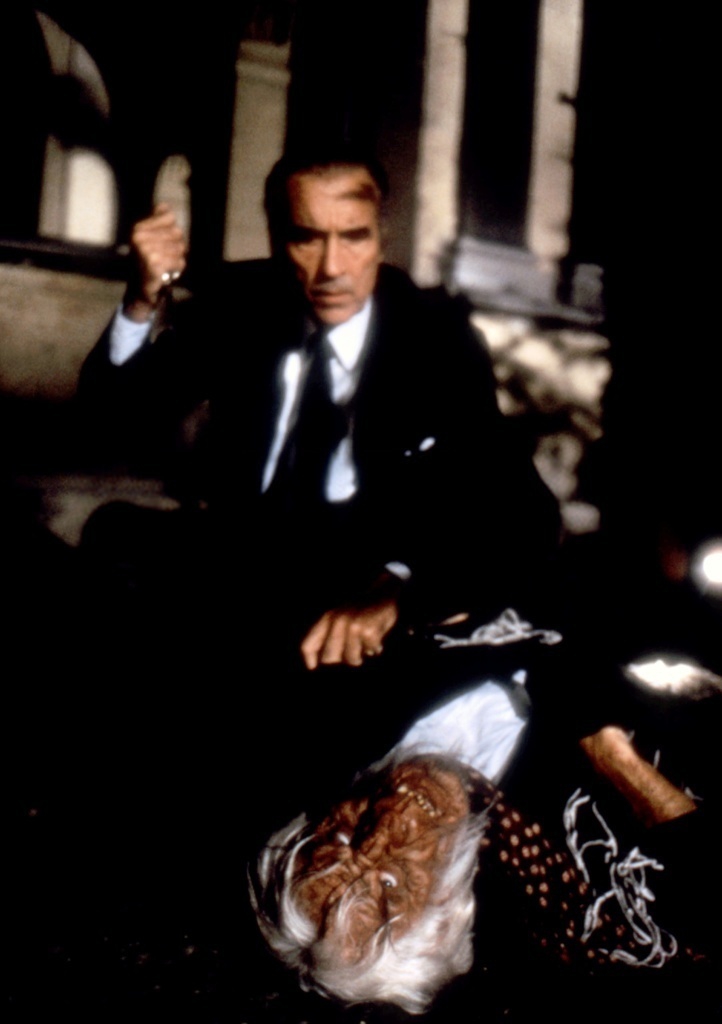 “Christopher saw a lot of horror during the war,” Mora adds, “and I think that gave him a gravitas in his acting that you can’t fake. He’d witnessed all that terrible stuff, and I believe that gave him power on screen, because he unconsciously projected the gravity of that true horror.”

Mora is now paying homage to this part of Lee’s history with a project called Dracula, Nazi Hunter, a hybrid of documentary and recreated scenes recounting the actor’s WWII and postwar activities. Although Lee’s death in 2015 precluded him from advising on the movie, “He did show me some locations, when we made Howling II, where he described scenes from the war that he’d been involved in with the Resistance. Christopher was very emotional about the whole thing, so I just think it’s a great project. It’s about history, but it’s also about movies.”

Mora has had a crew shooting footage in Prague for Dracula, Nazi Hunter, “including a Czech-Australian collaborator of mine called Tom Fantl. We were really hamstrung by the pandemic, and that slowed us down.” Another challenge the filmmaker hadn’t surmounted at the time of our talk: finding an actor worthy of portraying Lee in the recreations. “It’s virtually impossible,” Mora acknowledges, “because if it’s not really accurate, it becomes comedic. It’s very difficult casting real people when the audience knows what that person looked like. I mean, Baz Luhrmann came up trumps with the guy [Austin Butler] who played Elvis; that was absolutely amazing, he’s one of the best doppelgangers in movies. But it’s a tall order.”

The director is also returning to the world of werewolves with a film currently titled The Growling. All he’ll say about this one is, “That’s on the back burner, but it’s definitely there. I wrote it myself, and I had to summon up some magic to come up with a werewolf idea that hasn’t been done.”

“Magic” is also a word Mora uses to describe his times with Lee. “Working with Christopher was among my great life experiences. You know, when these things are happening at the time, you often don’t realize how significant they are or how important they are. I certainly enjoyed making those films with him at the time they were happening, but now that he’s passed, I realize how precious those experiences were, and what a special person he was.”