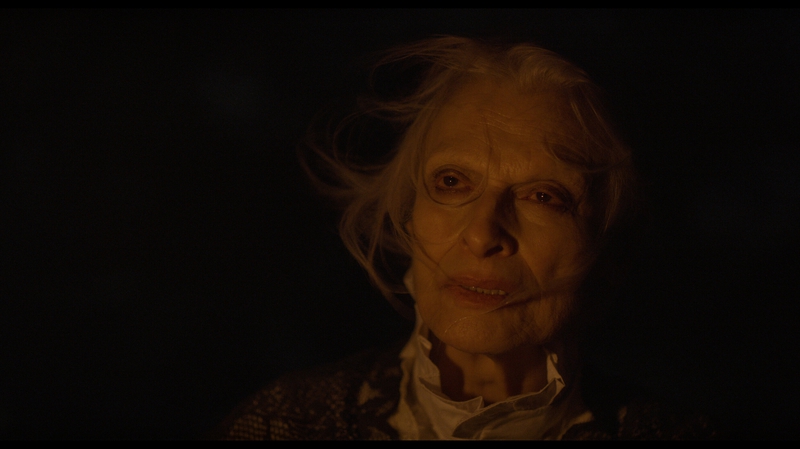 When FANGORIA visits the set of Edoardo Vitaletti's The Last Thing Mary Saw (see issue #14, now on sale), the cast runs the gamut of the generations. The two stars are young actors Stephanie Scott (Insidious: Chapter 3) and Isabelle Fuhrman (Orphan, Cell), while another of the story's central figures is portrayed by veteran Judith Roberts, whose genre résumé stretches back to David Lynch's classic 1977 debut feature Eraserhead. (Another of her notable fright roles was, coincidentally, Mary Shaw in James Wan's 2007 chiller Dead Silence.)

Last Thing, premiering on Shudder January 20, casts Roberts as Constance, the matriarch of a deeply religious family, who is freshly deceased as the movie opens. As the narrative unfolds, it repeatedly jumps back in time to reveal Constance ruling over the clan with an iron will and a penchant for punishment. That's bad news for teenage daughter Mary (Scott), who escapes her oppressive life via a clandestine affair with Eleanor (Fuhrman), the family's maid—a "sin" that incites Constance's wrath.

"She's got some problems!" Roberts says of her wrathful role. "She's close to being a Lucifer, maybe; you don't see that right off, but she's quite something. The part has been evolving, because in the beginning, when I first read the script, I didn't really get the full detail of what Edoardo was going for. But as we've gone along, I've come to see the full nature of this woman, and it's been very interesting. He's made some changes, and I love his sense of detail; he has terrific ideas about all of the people in this story. It's not just creepy-crazy—it can be that, but it's also very human. I've enjoyed that part of it very much." 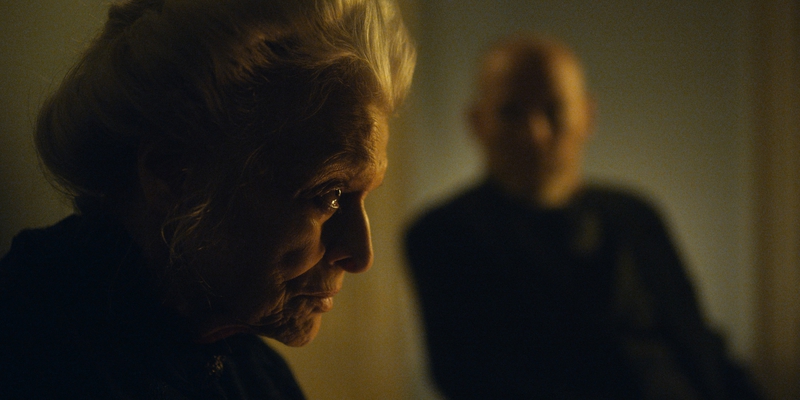 She has also enjoyed the opportunity to cut loose provided by such a fearsome role. "It really is great fun. That's what acting allows you; you don't have to think about it, you can just let it go, and let your instincts go. What it does is give you permission to do things you would never do in real life. Again, I'm just hoping to make her as human as possible, even though she does pretty inhuman things."

There's a dreamlike quality to a number of moments in The Last Thing Mary Saw, which gives it a commonality with Eraserhead. Lynch's surreal black-and-white cult favorite features Roberts as the Beautiful Girl Across the Hall, who tempts her neighbor Henry (Jack Nance) while he deals with a misshapen infant child and other disturbing elements. Due to financial restrictions and other issues, the movie was shot over the course of several years. 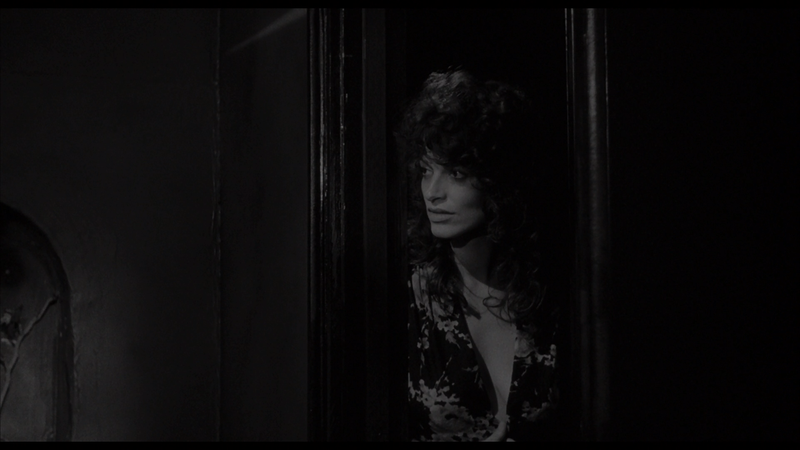 "I think we did one shoot in 1971, and then we did another one three years later," Roberts recalls. "We did it at AFI, the American Film Institute in Los Angeles; it was a lonely place, down by the railroad tracks. But it was a great experience. David was an amazing force, really; he knew exactly what he wanted, every minute. I mean, it was sometimes hard to understand what the storyline was, but it didn't matter. It could be a dream—your dream, my dream—and he got wonderful coverage of everybody."

"David is his own person; whatever he feels about something, he sticks with that," she continues. "The fact that he knows and feels and trusts and is confident about his own ideas, and how he wants to see them put together, is pretty amazing, and it shows in his movies. I remember seeing The Elephant Man, and I was very moved by that, and I've seen the others, too, and some of them are truly brilliant and wonderful. I really liked the new Twin Peaks as well."

Roberts also has fond memories of her late Eraserhead co-star Nance. "Oh, Jack! He was excellent in that film. I only knew him through that, and he had a wonderful personality. He was just a good person, and I was sorry to see him go. He and David were very close; they had known each other for a long time. I also only met David when we first talked about the movie, but a lot of the crew—the cinematographer, etc.—had been friends already. He was very loyal, and should have been, because they were terrific. They were all very able-bodied people."

One of Eraserhead's memorably unnerving sights is the aforementioned baby, a bizarre-looking little being whose exact real-life nature has been the subject of speculation ever since the film first came out. "David made that all by hand, with organic materials," Roberts confirms. "It was not actually alive, but it has that feeling, doesn't it? Just how he made it, what products he used, I don't know, but it looks so natural, like something that had actually been born. We called it 'Spike,' and there was something very poignant and sad about that embryo or creature or whatever you want to call it. David made the little chickens [in the dinner scene] and everything too, all by hand."

Roberts sees Lynch and Vitaletti as having a lot in common: "Edoardo also knows what he wants, what he likes and doesn't like, and he's very specific. It isn't as if he's copying David or anything like that, or using the same style, but he's also very focused, and has his own vision. When I first looked at [The Last Thing Mary Saw's script], I thought, 'Wow, I'm not quite sure what this is [laughs]. Where does it take us, or where am I going in this story?' And in the last few days, the sense of where we're going with it is falling into place. Listen, you can see it in your mind very well, but doing it is another thing. And I now know what the line is for Constance, and the whole sense of the style of the piece has become clear."

The Last Thing Mary Saw is now streaming on Shudder, click below to watch: