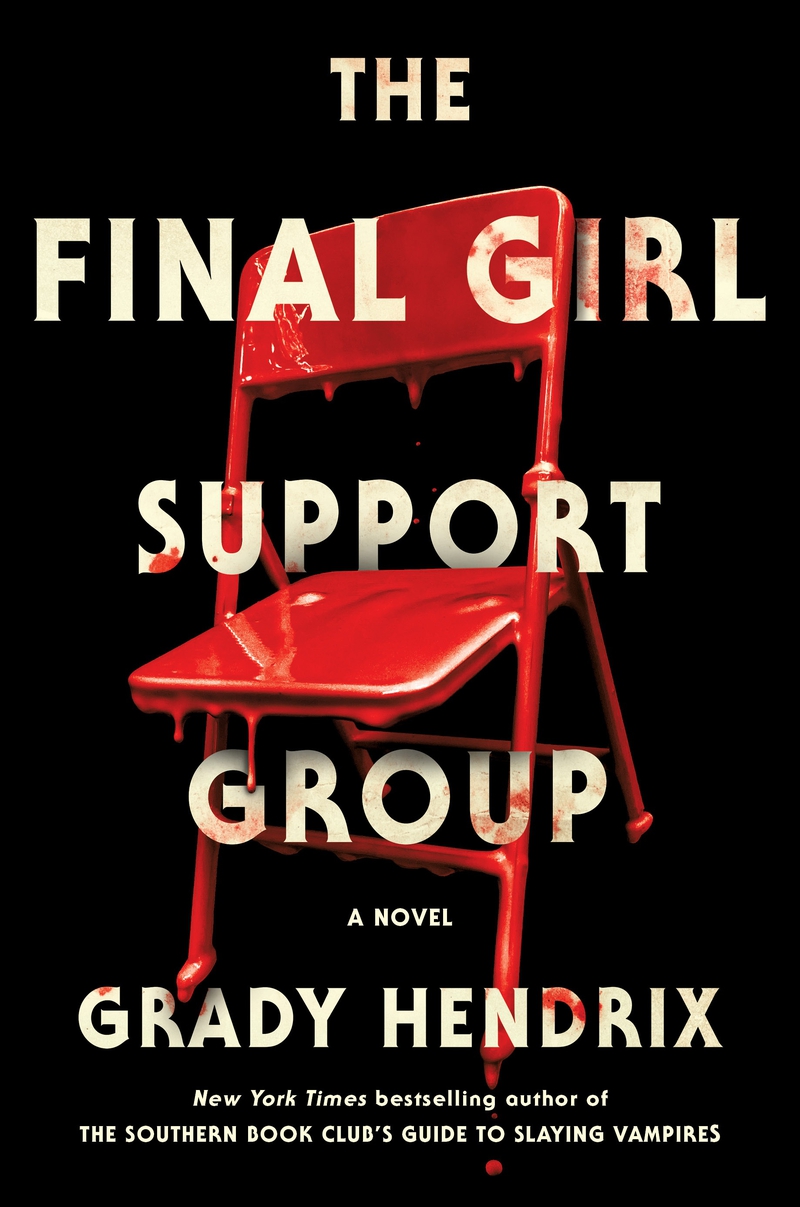 THE FINAL GIRL SUPPORT GROUP making the leap from page to screen.

Yesterday, Deadline broke the exciting news that Charlize Theron and It duo Barbara and Andy Muschietti will be joining forces to bring Grady Hendrix's The Final Girl Support Group to life on HBO Max.

Hendrix expressed his excitement on Twitter, and had this to say to FANGORIA exclusively:

When these guys approached me about taking Final Girl Support Group to HBO Max the first thing they said was that this show had to be about women, not about final girls. It had to be about real people, not horror movie icons. Right then, I knew we were all on the same page. The Muschiettis know horror, Denver and Delilah's last show was Mindhunter, and HBO Max is pretty swanky. For me, this was an opportunity I couldn't refuse.

With Andy Muschietti slated to direct the pilot and this team of producers, (including Hendrix on board as an Executive Producer), we can't wait to check this out. Hendrix also had this to add, "Ever since I appeared as a background actor in Mighty Joe Young back in 1998, Charlize and I have been looking for another project together and we're so glad we finally found one." We're glad, too!

The Final Girl Support Group centers on a group of real-life survivors and their therapist. The women find solace in their shared experiences as they try to find catharsis and a sense of normalcy. Nearly a decade after the attack, a member of the group goes missing and their safety is shattered. However, when you're up against a group of final girls, picking them off won't be so easy.

The Final Girl Support Group is available now. For an extra cool bonus, the audiobook version is narrated by Adrienne King. Who better to narrate a tale of final girls than the final girl who defeated Mrs. Voorhees in Friday The 13th? Click here to order your hardcover, paperback, kindle or audiobook.