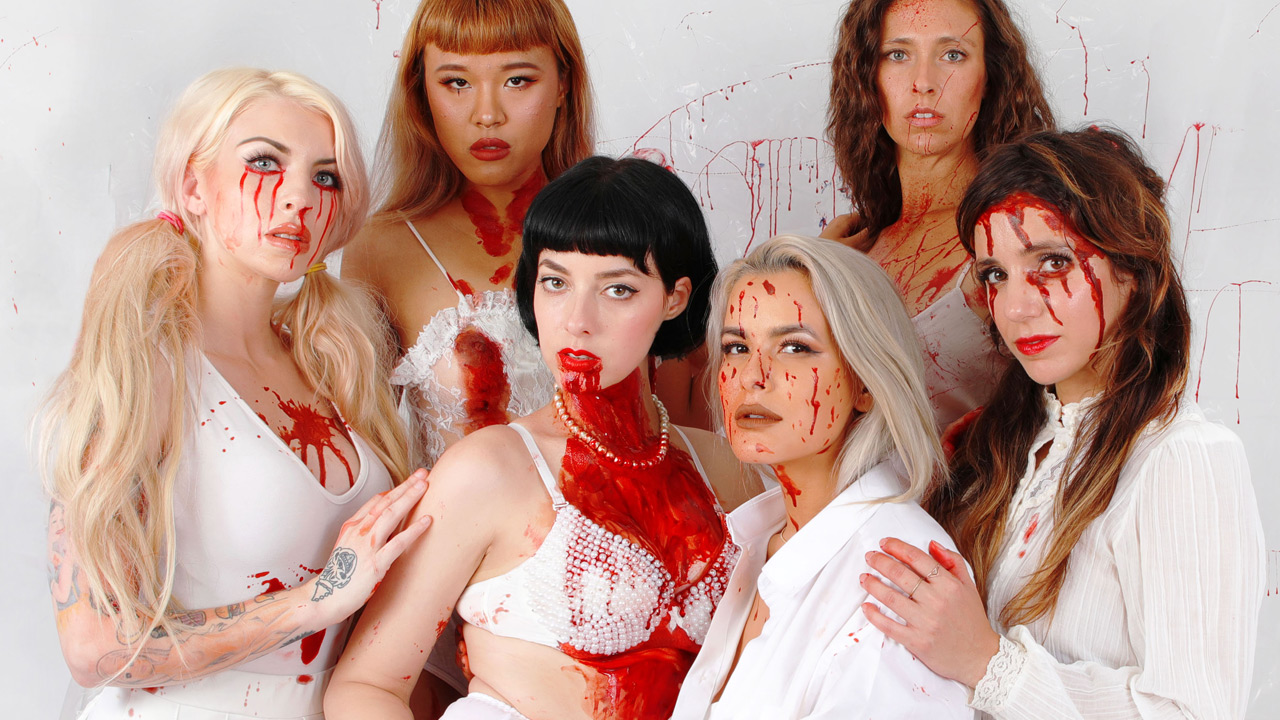 Last fall at Fantastic Fest I was knocked out by a collection of horror shorts that unspooled under the title Fatale Collective: Bleed. The whole thing ran less than fourteen minutes, each story told by a different writer/director. Viewers were subjected to a speed round of six brand new voices -- Lola Blanc, Francesca Maldonado, Danin Jacquay, Linda Chen, Natasha Halevi, and Megan Rosati -- each delivering sharp, distinctive tales in rapid succession.

The segments of this anthology were playing in spaces that are relatively new, culturally speaking -- YouTuber culture, “safe spaces,” influencers, ASMR -- and this made them fertile, fresh territory for horror. Yes, it's rad that each short was written and directed by a woman, but the films had one other, arguably more important thing in common: I’d never seen anything like them before.

That's not to handwave away one to focus on the other; the two facts are inextricably and obviously connected. What's exciting about these shorts is that they're points of view we haven't seen before, delivering stories their creators are uniquely suited to tell. As consumers of horror, getting New! Horror! Things! is always something to celebrate; the how and why of getting those new things is something worth thinking about.

Anyway, that Fantastic Fest audience ate up Fatale Collective: Bleed. I cheered; I told friends; I hired one of the filmmakers (Megan) to write for Fango. And today I am incredibly proud to share Fatale Collective’s work with the extended FANGORIA family.

On the festival circuit an individual short film can fall through the cracks, fade from memory, or otherwise fail -- for any number of reasons -- to make an impression in the three minutes it has your attention. But the women of Fatale Collective wisely came together like a bloody, badass, glamorous Voltron and turned their collection of six micro-shorts into a mini-event that had Fantastic Fest attendees buzzing. Apparently that happened at quite a few festivals, and when you watch Fatale Collective: Bleed, I think you’ll understand why.

The filmmakers sent along this statement:

“Fatale Collective was founded in 2019 by a group of female horror filmmakers dedicated to uplifting women-identifying voices in horror. Sponsored by Panavision’s new filmmaker program, and with an all-volunteer, mostly female crew, they self-produced (in collaboration with SheehyTV) a micro-short anthology with each segment written & directed by a different filmmaker. Featuring shorts by Lola Blanc, Danin Jacquay, Megan Rosati, Francesca Maldonado, Natasha Halevi, and an animated segment by Linda Chen, their film FATALE COLLECTIVE: BLEED was selected to play at Fantastic Fest, Brooklyn Horror Film Festival, Fright Fest Glasgow, and Chattanooga Film Festival, and claimed the Director’s Prize in Overall Cinematic Achievement at Filmquest. They have a lit group text and love horror memes. You can find them online at @fatalecollective on Instagram and @fatalehorror on Twitter. They are thrilled to make their online debut on FANGORIA.com.”

Phil Nobile Jr. is the Editor-in-Chief of FANGORIA.