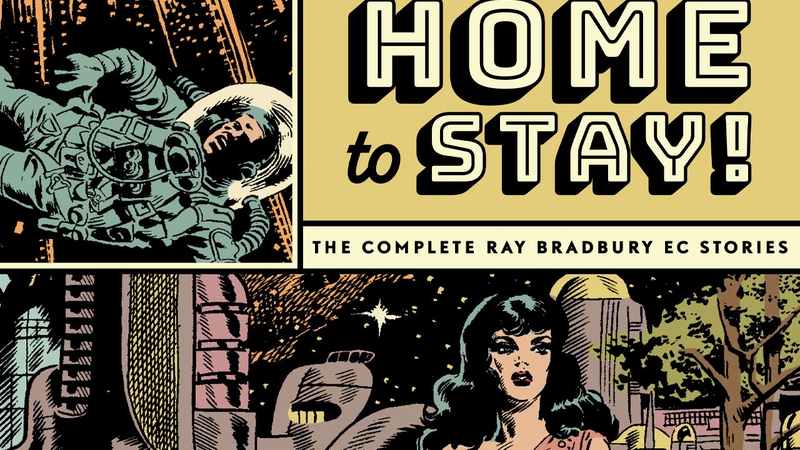 For the first time ever, all of Ray Bradbury's stories adapted by EC Comics are collected in one single volume, including the unauthorized ones! Between 1951 and 1954, EC Comics adapted 28 of Bradbury's stories in their classic style, scripted by Al Feldstein and interpreted and illustrated by all of EC's top artists: Johnny Craig, Reed Crandall, Jack Davis, Will Elder, George Evans, Frank Frazetta, Graham Ingels, Jack Kamen, Bernard Krigstein, Joe Orlando, John Severin, Angelo Torres, Al Williamson, and Wallace Wood.

Highlights in this singular volume include: "Home to Stay"— a clever combination of two Bradbury science fiction stories that Bradbury himself proclaimed topped his originals (available in no other form or medium), masterfully woven together by Al Feldstein and Wallace Wood. "A Sound of Thunder" — the classic time-travel-gone-wrong story brilliantly illustrated by Al Williamson and Angelo Torres. "Touch and Go" — an obsessive psychological thriller tautly executed by Johnny Craig. And many more, including "The Million Year Picnic" (Elder), "I, Rocket" (Williamson and Frazetta), "Zero Hour" (Kamen), "Mars Is Heaven" (Wood), and "There Will Come Soft Rains…" (Wood). Plus three bonus stories inspired by other Bradbury tales.

We have an exclusive excerpt from a story of lost love, lost youth, and a haunting past. Check out Ray Bradbury's "The Lake" below, adapted by Al Feldstein from the Ray Bradbury short story of the same name and published in the June/July 1953 issue of EC Comics Vault of Horror. 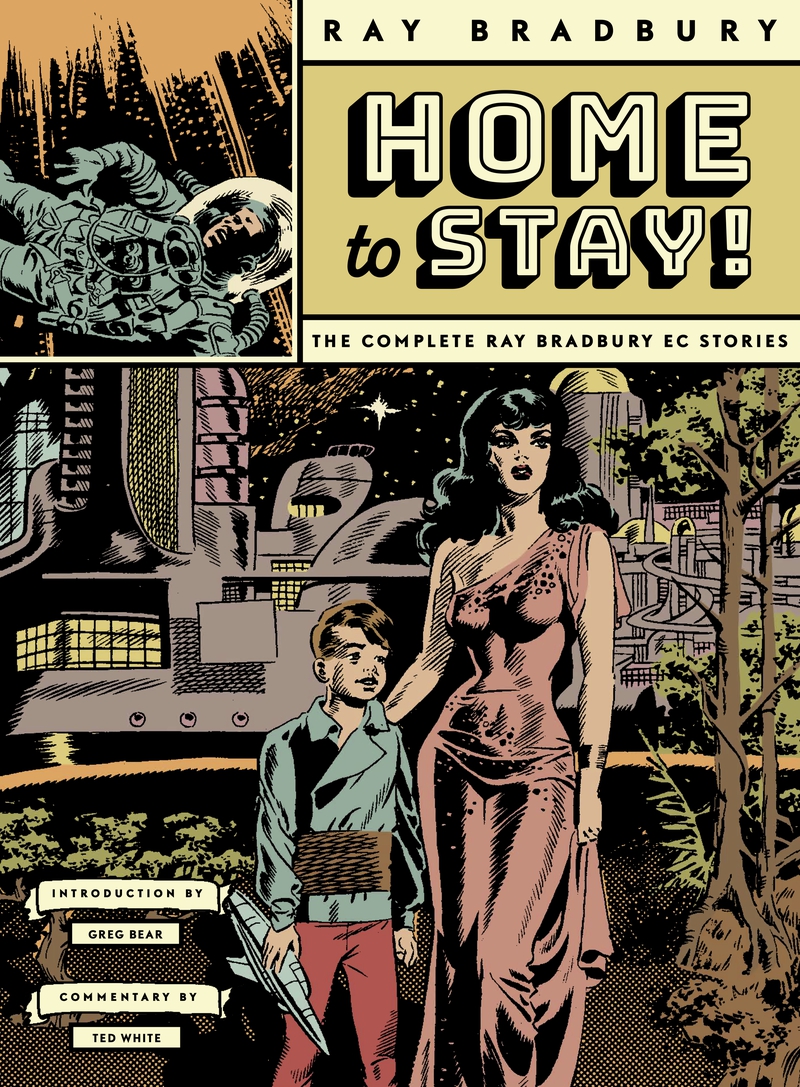 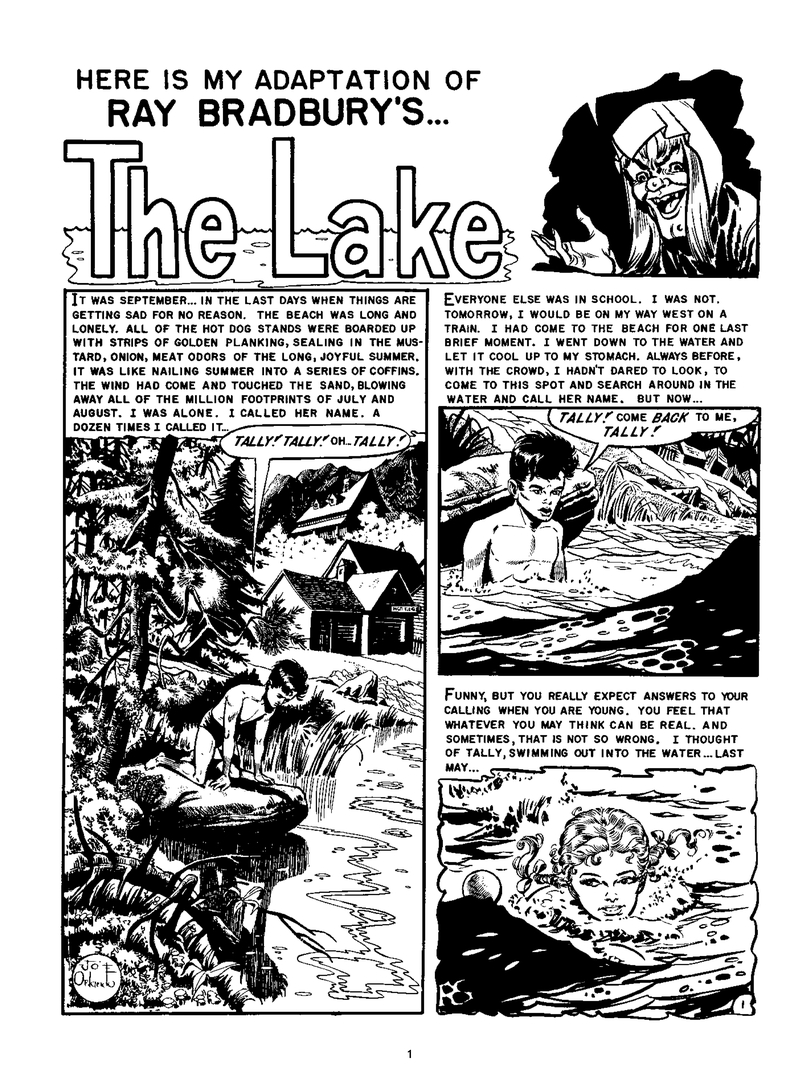 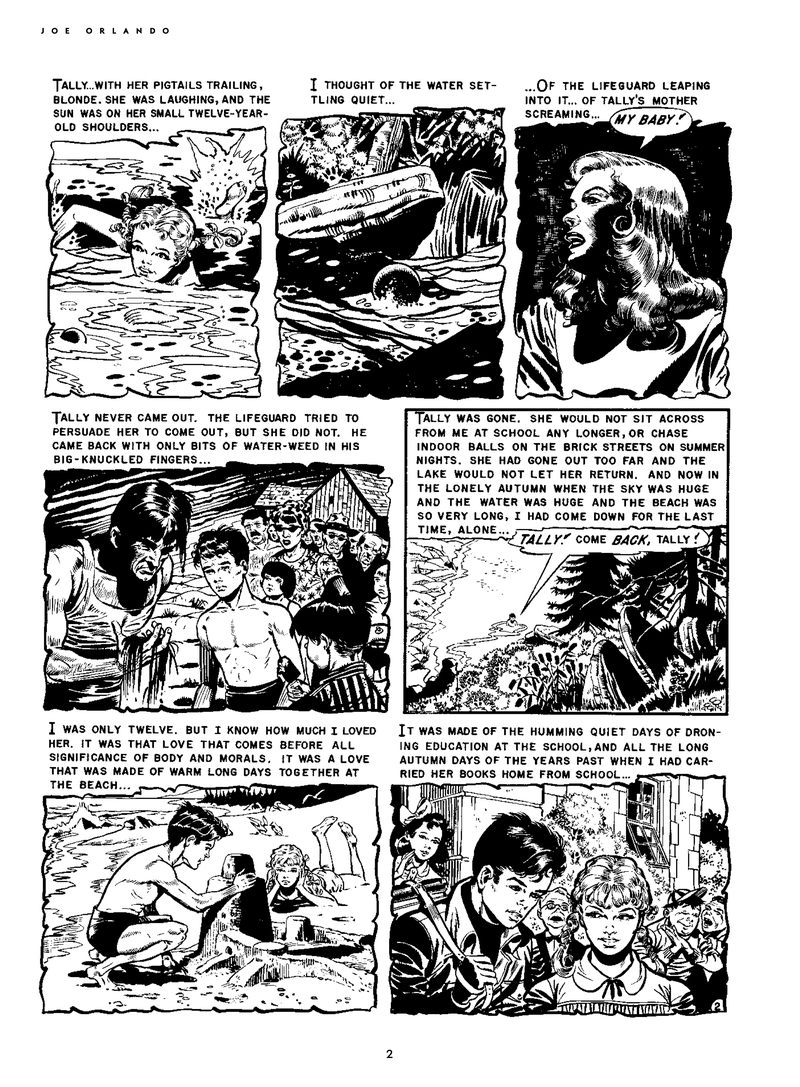 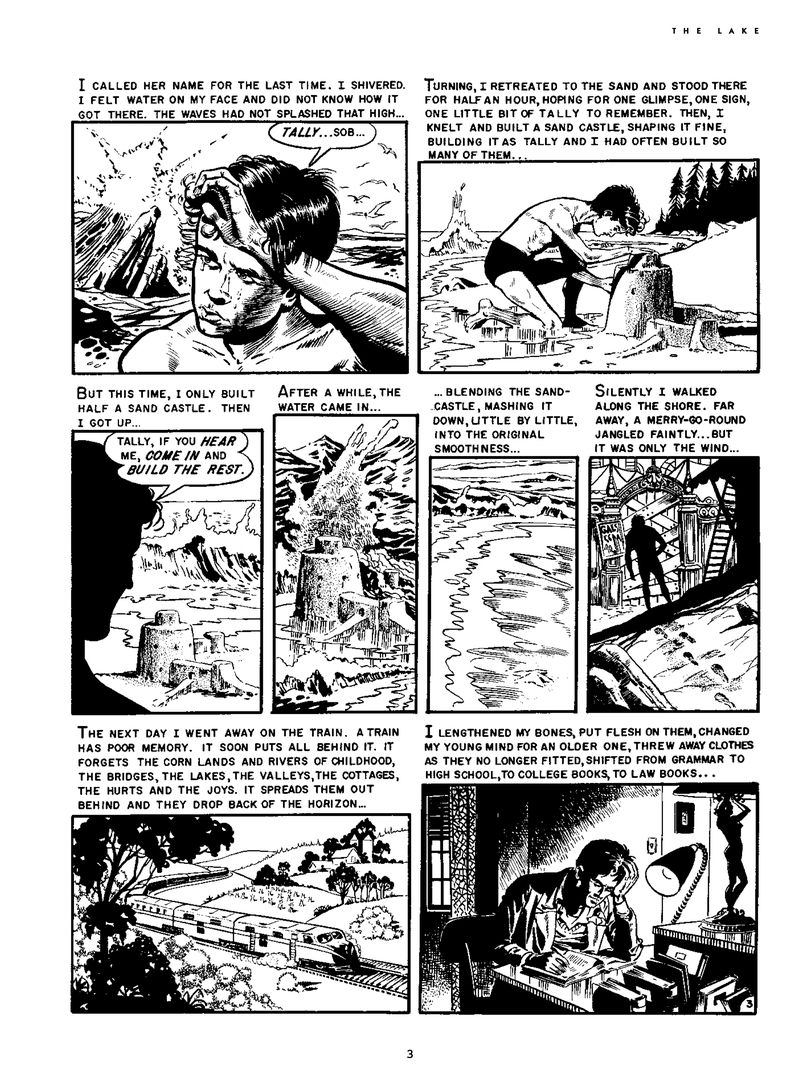 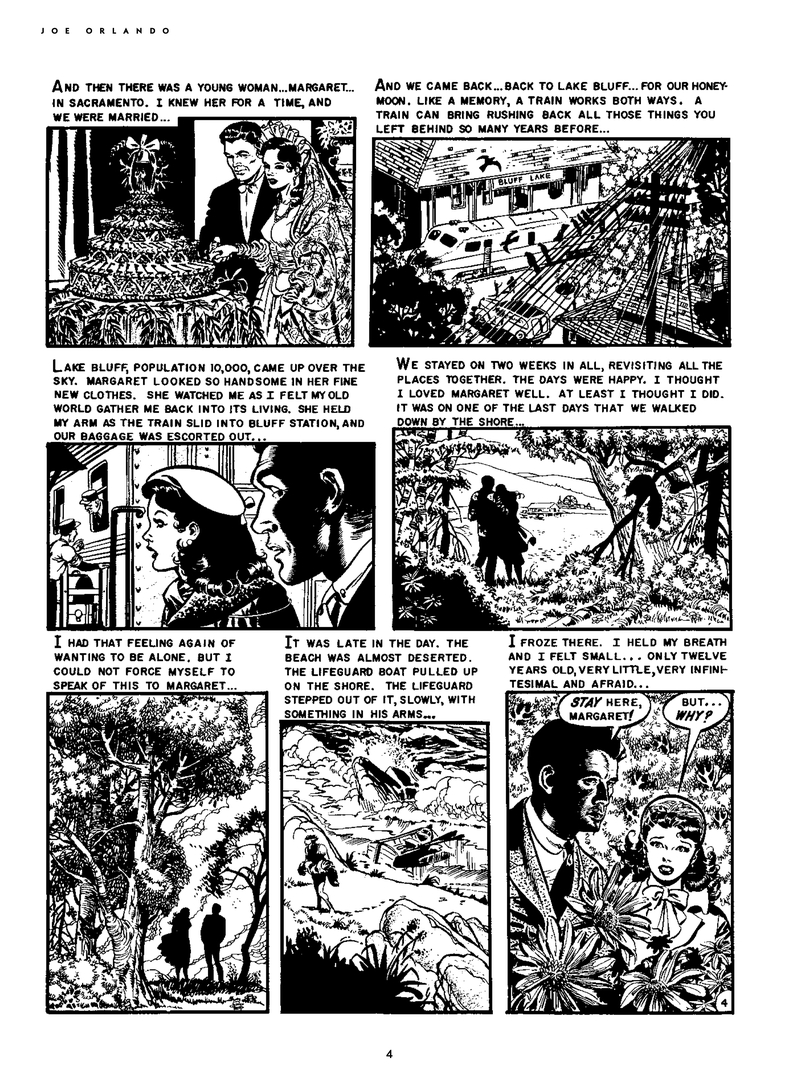 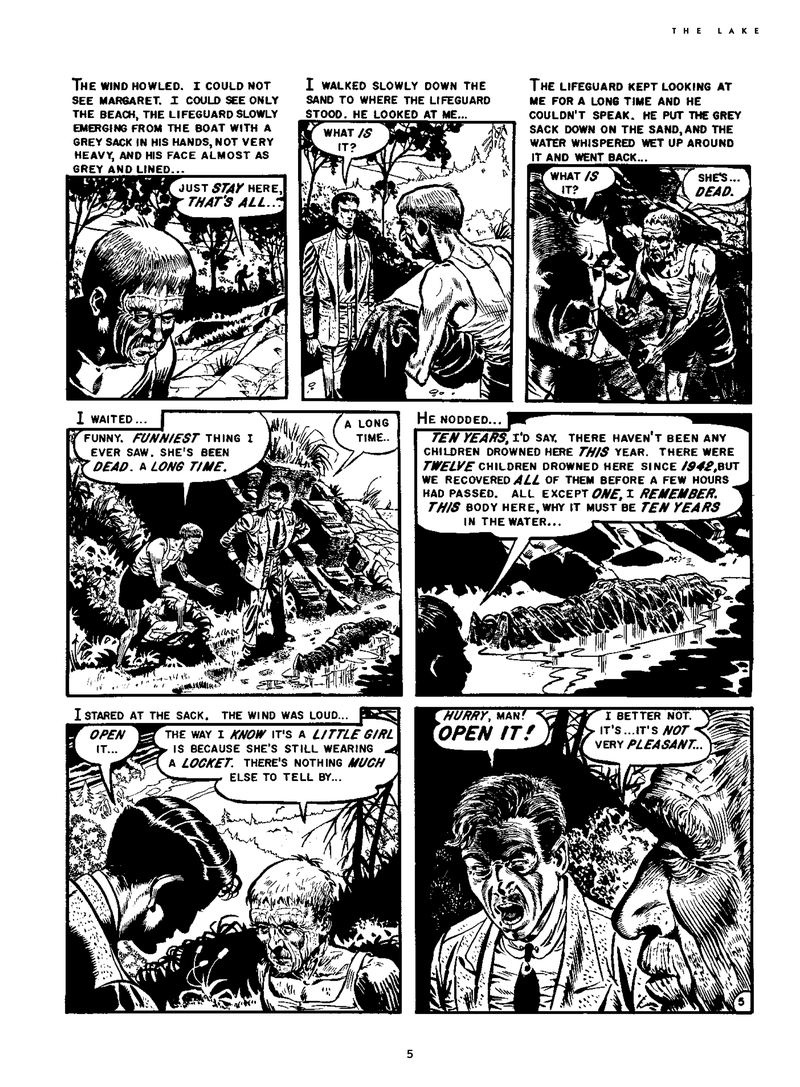 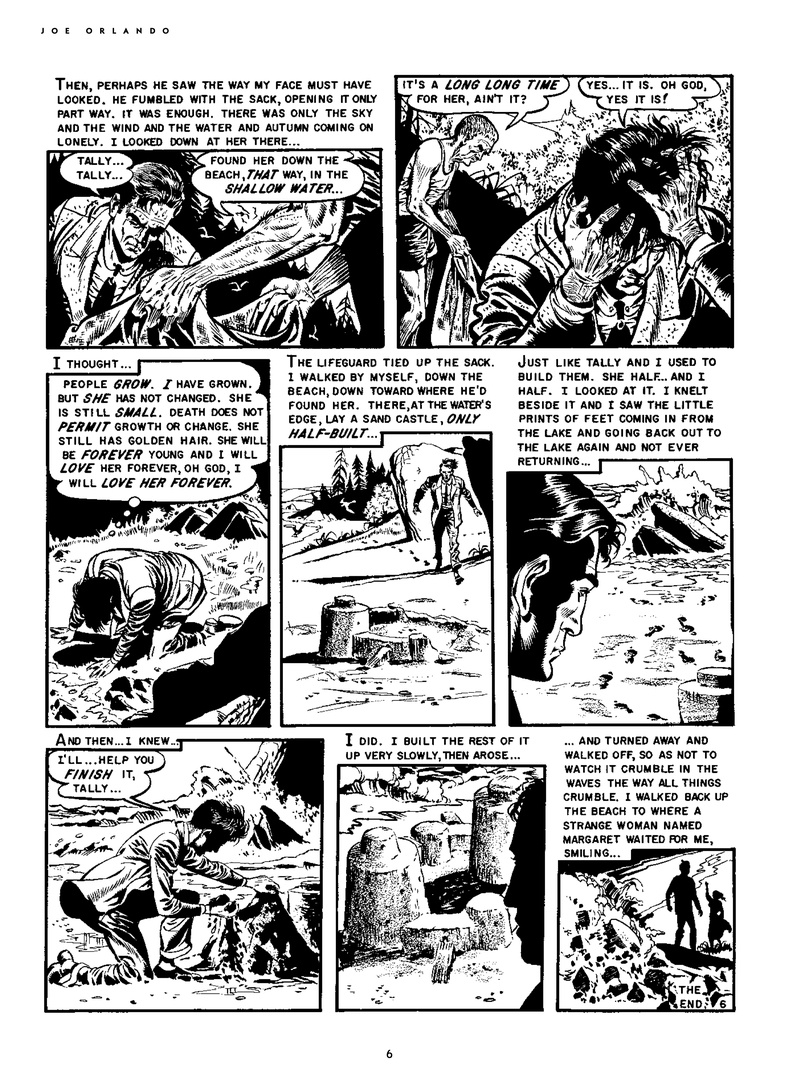