Alex Phillip's hallucinogenic headfuck will also be available to stream on Screambox from November 8th. 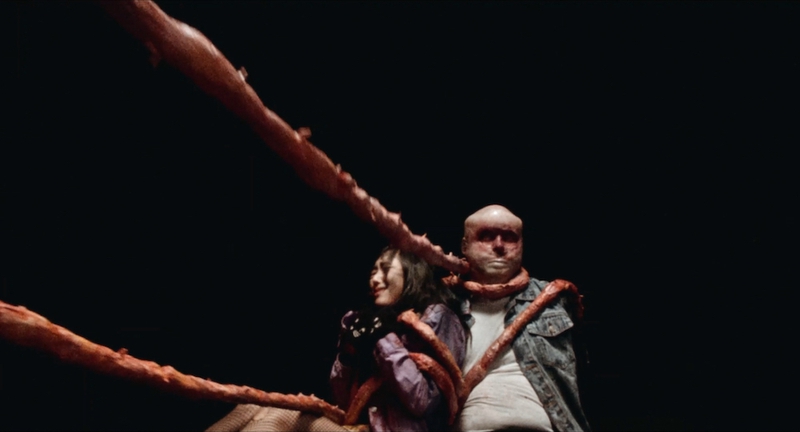 Get ready for a wormy winter treat – All Jacked Up And Full Of Worms, the hallucinogenic horror-comedy from writer-director Alex Phillips hits streaming on Screambox on November 8th.

All Jacked Up has been a festival favorite since its premiere at Fantasia earlier this year, and received high praise from screenwriter C. Robert Cargill (The Black Phone, Doctor Strange) who called it "supremely fucked up, gross out, midnight movie nonsense of the highest degree."

Just incase you don’t believe Mr Cargill, one glance at the official synopsis for the film and you’ll see what he means:

Roscoe, a janitor for a scuzzy love motel, drifts through life until he discovers a hidden stash of powerful hallucinogenic worms. Guided by visions of a giant floating worm, he encounters Benny, a moped enthusiast trying to manifest a baby from an inanimate sex doll. They fall in love with doing worms together on a downward spiral into the primordial ooze.

Prior to its Screambox release, lucky moviegoers can experience the wriggly wonder on the big screen, with upcoming screenings on the following dates:

If you’re in the vicinity of any of these screenings, make sure you check out the transgressive splatterfest that is All Jacked Up And Full Of Worms. And if you can’t make it, just hold tight for the streaming release – and check out the official trailer while you wait: