Docuseries WE ARE LEGEND, Reveals The True Stories Of Fictional Icons: Dracula, Sherlock Holmes And Tarzan

MagellanTV to Make Part One of Series Available to All for FREE, September 9 – 16 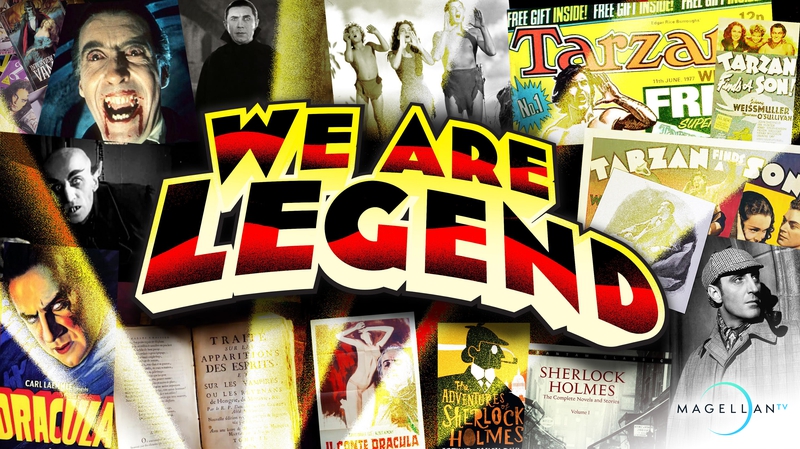 Brand new limited three-part series We Are Legend comes to MagellanTV today! The new docuseries explores the profiles of iconic literary characters Dracula, Sherlock Holmes and Tarzan. Part one of the series, Dracula Never Dies will be FREE to stream for a limited time (September 9 - September 16). Count Dracula has lived a million lifetimes since his initial incarnation, like his counterparts featured in this series, they have transcended the stories from which they were originally conceived and "achieved fictional immortality." Each episode of We Are Legend will investigate the true stories behind these immortal characters and explore the secret to their timeless success. Here's a breakdown of the episodes in the limited series:

Dracula Never Dies (Part One) – Since Bram Stoker’s original depiction of Romanian Count Dracula, the vampire has become one of the most subversive fictional characters in pop culture. Reflecting society around him, Dracula has resonated with audiences for decades, and his undying appeal is explored in Part One of We Are Legend.

Tarzan: The Call of the Jungle (Part Two) – Created in 1912 by author Edgar Rice Burrough, the unlikely tale of a nobleman who was raised by apes and grew up to defend the rights of the weak and disadvantaged has achieved worldwide popularity. Part Two of We Are Legend investigates how the beloved vine-swinging hero has evolved over time.

Sherlock Holmes Against Conan Doyle (Part Three) – Sir Author Conan Doyle introduced Sherlock Holmes in 1887 and, in the years that followed, grew to resent his most popular creation. Despite Doyle’s disdain for the character, Holmes has lived on to be portrayed in hundreds of movies, shows, books and more. We Are Legend Part Three explores the true story behind the celebrated detective and his author.

MagellanTV is an ad-free streaming service dedicated to premium documentary programming. Globally available, the service offers one of the deepest collections of factual content anywhere, with features and series encompassing true crime, history, science, biography, nature, the arts and a growing slate of 4k content. For more info, visit the official MagellanTV website.

We Are Legend is now available to stream exclusively on MagellanTV. Part one is FREE to stream, September 9-16.