Watch Brett Freedman turn our reigning queen of horror into... The Bride! 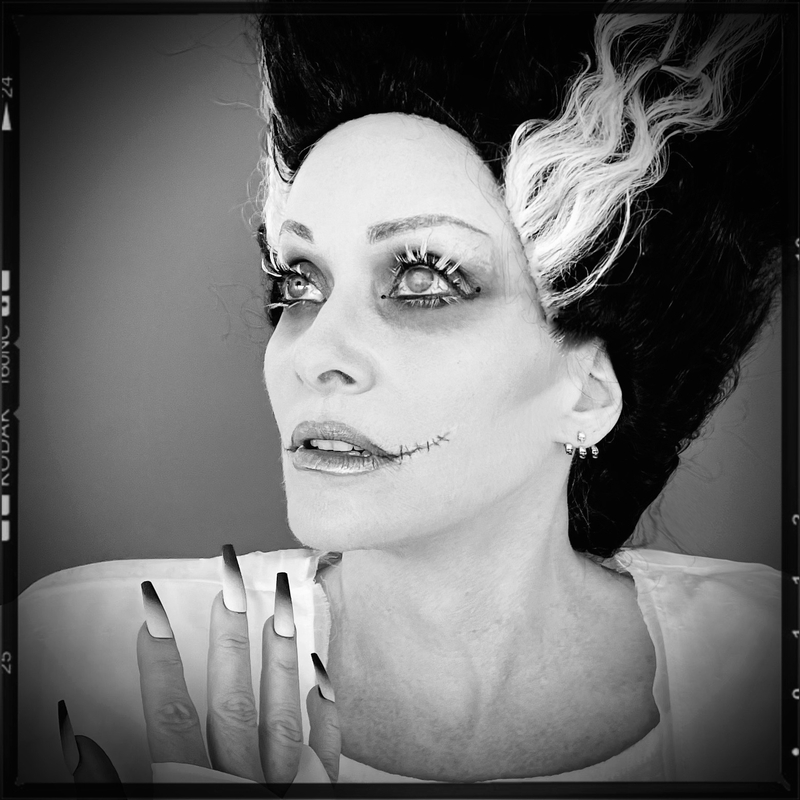 Editor's Note: No tricks, just treats in store for you groovy ghoulies on this, the most Hallowed of weeks! To kick off Halloweek, Los Angeles makeup artist Brett Freedman is transforming our reigning queen of horror Barabara Crampton into three iconic horror divas. Up first — The Bride! Stay tuned as we reveal two more looks throughout the week. Take a look below for Freedman's Diary of a Makeup Artist and Barbara's full photo set.

Hmmm...what if we took one of our reigning women of horror and gave her a Divas of Darkness makeover? Even better...what if we did three? As an LA-based makeup artist, I'm lucky to have some of the best in the biz as friends. I reached out to photographer Lesley Bohm and costume designer Milda Bublys to have some good old-fashioned spooky (yet glamorous) fun! Enter the blonde-haired, blue-eyed minx Barbara Crampton. Up first? The Bride of Frankenstein. If there were a poster girl for horror, Bride would definitely be in the top five. What's more recognizable than that electro-shock beehive, pinched brows and her bandages as fashion gown?

Barbara was more than game -so let the smoke and mirror games begin! Makeup-wise I wanted to create something fresh. I LOVE the classic Bride aesthetic but wanted to do my own spin. A look that winked to the classic Bride -but with an updated twist. I lightened Barbara's sunny California skin to a tone similar to a stale Nilla Wafer. For eyes, cheeks and lips, I dodged the expected flat grays and hard lines and leaned into a palette of mauve, lavender and gunmetal in a mix of shimmer and matte. I always like the idea of bringing attention to the eyes by lightening them rather than just making them darker. I took Ardell Whispies lashes, cut them into three parts, and painted each with white liquid liner. I then placed these behind Barbara's mascara'd natural lashes. The effect was to feel spiked, icy and otherworldly. 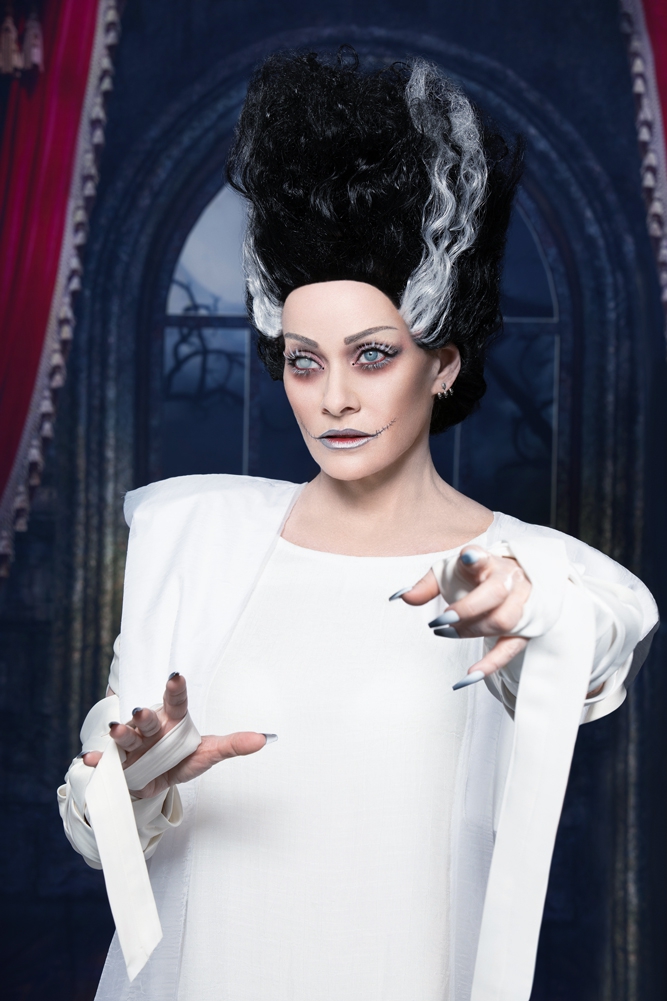 The brows are characteristically like lightning bolts pointing to her temples. Hollow slate lips with edges grimaced up with fine 'stitches' for a feeling of a forced, demure smile. Milda constructed a sweeping satin shell for the dress with what she termed 'Bandage Couture' sleeves -just in case Bride wanted to step off the operating table and onto the red carpet. Lesley's lighting was crisp and high-key. The idea was to take Bride's look out from the dark shadows and give it the oh-so-Hollywood magazine cover treatment. I knew Barbara would be gorgeous in the look...but what I didn't expect was how fully she would embody each character. I figured the makeup, hair and clothes would sell it just fine. I learned that the body language, vibe and commitment of the actress would bring it all to life with even more depth. See the BTS vid to get a glimpse of the nuance. We had so much fun on the shoot, and I will forever have the image of Barbara in full Bride garb giggling while nibbling on gluten-free mini muffins! Ladies and Gentleman, this is FANGORIA's Halloween gift to you...check back this week to see the other character skins Barbara slipped into. 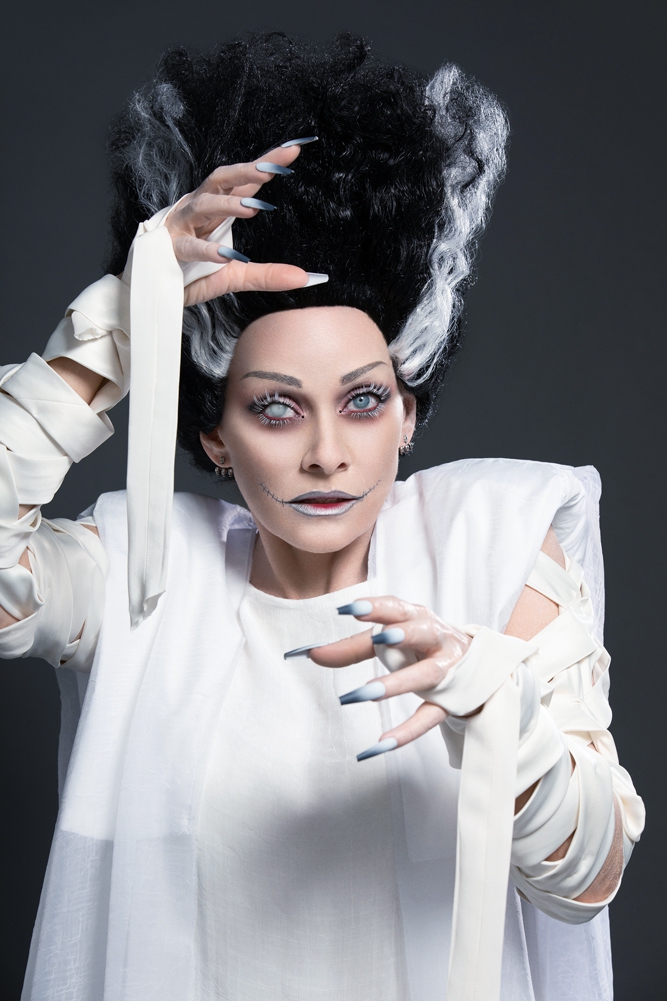 Be sure to follow @FANGORIA on social media platforms to check out behind-the-scenes videos, makeup timelapse and more from the Divas of Darkness shoot.