Arrow Video and Synapse have teamed up for a limited 4K release of 1982's TENEBRAE for its 40th anniversary. 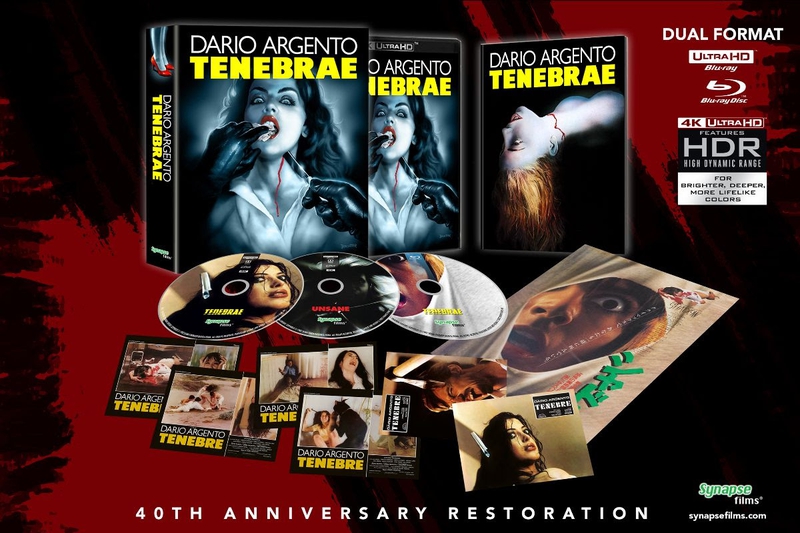 Good news, Dario Argento fans who also happen to like their '80s horror in 4K. The filmmaker's 1982 classic Tenebrae is being made available in 4K Ultra HD for the first time ever this summer, courtesy of the folks at Arrow Video and Synapse. The limited release (emphasis on limited) will be arriving this summer in honor of the film's 40th anniversary.

Tenebrae will be hitting shelves in its new Ultra HD glory on July 26, 2022. Interested parties will have a couple of choices as the movie will be available in a three-disc 4K UHD/Blu-ray box set that is limited to 6,000 pieces. An even more limited "variant" cover version will only be available from the Synapse Films website and the folks at Diabolik DVD. That particular version is limited to 2,000 pieces and retails for $64.95. The synopsis for the film reads as follows:

"American mystery author Peter Neal (Anthony Franciosa, Death Wish II) comes to Rome to promote his newest novel, Tenebrae. A razor-wielding psychopath is on the loose, taunting Neal and murdering those around him in gruesome fashion just like the character in his novel. As the mystery surrounding the killings spirals out of control, Neal investigates the crimes on his own, leading to a mind-bending, genre-twisting conclusion that will leave you breathless!"

Now, what is it that is contained within these disks, you may be wondering? Here is the rather meaty list of bonus features and all of that good jazz buyers can expect.

At the very least, that is a lot of extra goods for the money, that much is certain. Not to mention that the box art, in both cases, is pretty impressive. It's a win-win for Argento fans who would like to see this little gem in the best presentation possible. Not only that, but this would look mighty fine sitting on someone's physical media shelf. 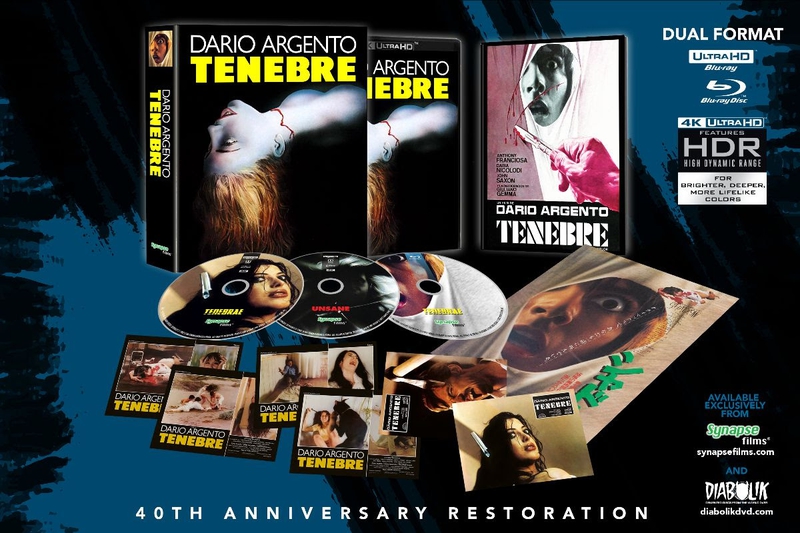 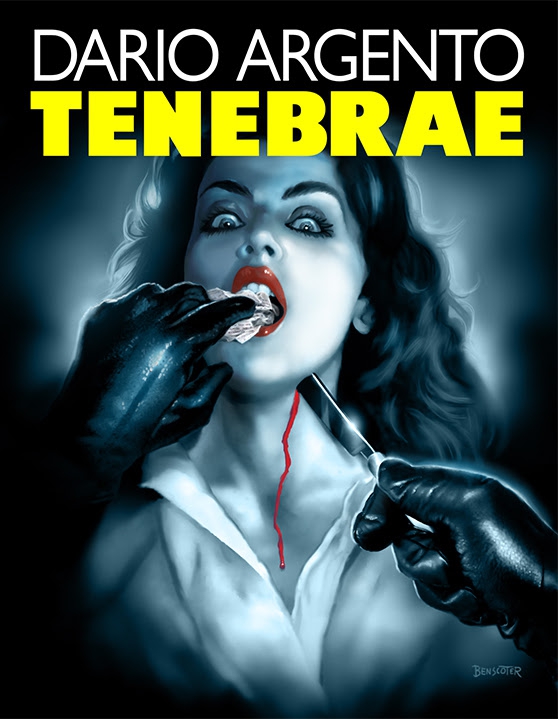 Dario Argento is not a name that needs an introduction for genre fans, as he is the filmmaker behind such genre classics as Suspiria and Phenomena, among many others. But Tenebrae truly represents not only one of his lesser-seen works, but also one of his most acclaimed. That makes this release all the more important as it offers a chance to shine a light on a gem within the catalog of a true horror master.

Those interested in pre-ordering a copy of Tenebrae on 4K can head on over to Synapse Films.