Daniel Espinosa Takes A Bite Out Of Marvel Horror With MORBIUS 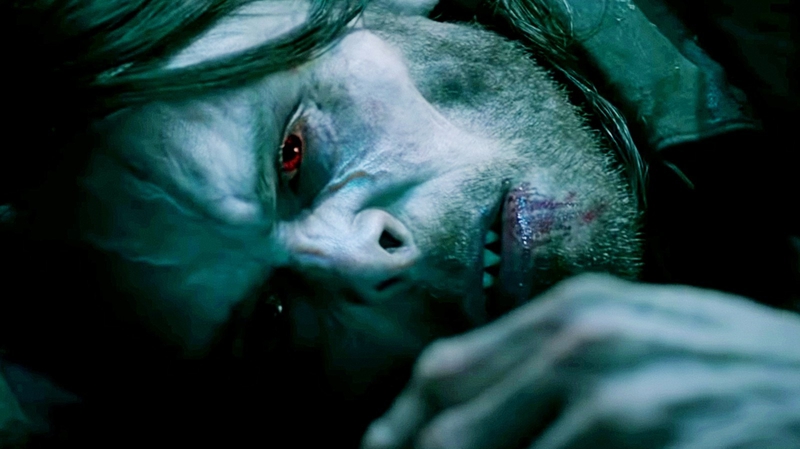 Audiences have had no shortage of Marvel comic book films, but very few have delved into the publisher's horror characters, at least not since Wesley Snipes' tenure as Blade concluded. Though Morbius is best known as a second-tier Spider-Man villain, the vampiric anti-hero headlined his own book in the '70s and '90s and, along with Blade, Satana, Man-Thing, and Werewolf by Night ushered in Marvel's supernatural side. That side of witches, vampires, and werewolves appears to be reanimating in both the Marvel Cinematic Universe and Sony's Spider-Man Universe.

Less of a superhero film and more of a mad scientist-vampire movie, Sony's Morbius tells the story of Dr. Michael Morbius (Jared Leto), a biochemist who turns himself into a living vampire after trying to cure himself of a deadly disease. When bodies start showing up, drained of their blood, Morbius is forced to reckon with whether he created a cure or something much worse.

I thought Morbius was a fun movie. I'm curious if you were familiar with the character before signing on, or was it someone that you caught onto through the directing process?

I read a lot of comic books as I grew up in the '80s and the early '90s, so I was familiar with Morbius. When I did my first feature in 2004, it was the first time I got a paycheck, so I just started buying comic books [laughs]. I always thought Morbius was a bit quirky and interesting. They made so many different versions of him. Remember the kind of Nine Inch Nails, goth version in the '90s? And there was the funny '70s, more theatrical version. So, it was interesting to find out what we should do with him for the film.

I was really impressed with the visuals in terms of how Morbius' powers were displayed with the echolocation and the speed at which he moved. I thought it was really different from the kind of other displays of powers that we've seen in comic book movies. I'd love to hear a little bit about your creative process for coming up with that look.

Thank you, man. You know that makes me super, super happy because that's one of the things I really wanted to do. Morbius, for example, flies on the wind because he has hollow bones. The idea is that he's light enough to ride on the wind. I think that has to mean that he can see the wind. So, then I started thinking about 'how do you see wind?' It has something to do with echolocation, and it kind of gives you the sense of how energy travels. It has to be like you're on drugs almost, like having a third eye, to be able to see that. Then I started thinking about how that would look. I went to this exhibition that a museum had called the "Marshmallow Mushroom Feast." You could walk in, and you could become a tree but with goggles, and then your breath came out like energy, you could see it. I took my crew down there and I said, 'let's talk to those guys.' We spoke to them, they gave us some thoughts, and we developed this idea.

I also wanted to have more comic book colors, like how I saw comic books when I was growing up. Another influence was the way Pokémon does fights, which I thought was very interesting in terms of the display of strength by these tidal waves. That's where the waves come from in the movie.

Yeah, you know some reviews have mentioned The Matrix in terms of the way the action is shot using slow motion, but I was gonna ask you if there was an anime influence.

Yeah, completely. And Asian cinema overall. If you look at The Grandmaster by Wong Kar-wai, and the use of super slow motion, which is a bit Matrix-y, that's one film we were inspired by.

I noticed a Nosferatu reference in the film, with the cargo ship, The Murnau. Were there any vampire films that influenced your aesthetic choices for Morbius?

Yeah, The Lost Boys, Thirst (the Korean film), and The Hunger by Tony Scott with David Bowie. And, of course, old-school films like Nosferatu. I tried to find vampire films that don't deal with Christianity because I think for me vampires are more about anarchy rather than religious undertones. 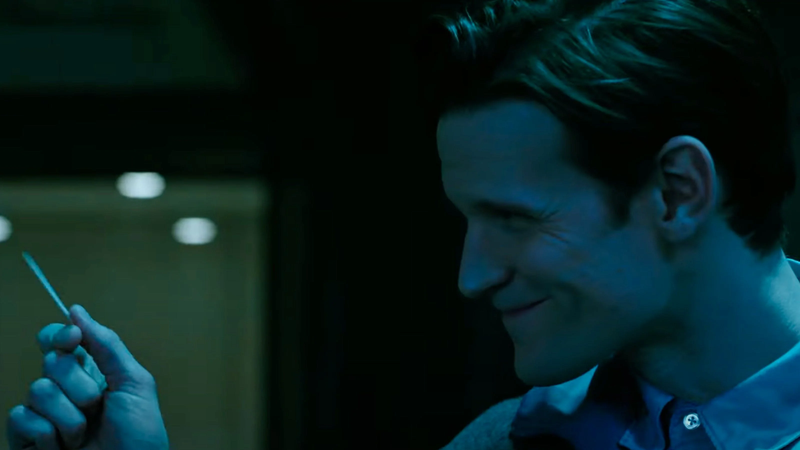 The themes in the film are really interesting in terms of who deserves a chance at life and what we're owed to stay alive, played out through the relationship between Morbius and his childhood friend, Milo (Matt Smith). Since Milo isn't from the comics and is an original creation for the film, I'd love to know how you worked with the screenwriters and Matt Smith to develop him.

Morbius is such a bad guy and so lost at the beginning of the comics. He's in many ways, like the way they treated The Lizard. But with Curt Conners, he doesn't remember what he's done; he's kidnapped by this other half. But Morbius has this anxiety about what he's doing and why he's doing it, so you get to this Doctor Jekyll and Mr. Hyde situation. But I thought it would be interesting to have two characters caught in that situation and have them battle each other, and show Morbius' inner struggle against the Hyde persona. I wanted Milo to embrace the idea of Hyde, to see himself as superior. I also liked the idea of this British colonial guy being the bad guy and Adria [Arjona], Tyrese [Gibson], and Al [Madrigal] being the good guys. I also thought Matt Smith had this energy and engulfing craziness. He'd make a good Joker, I think. But I thought that would be a nice counterpoint to Jared [Leto].

I grew up reading the '90s Morbius books, and I'm really looking forward to seeing more of the horror side of Marvel. There's a nice tease for Adria's character, Martine, in the end, but are there any other characters you'd like to introduce into this world?

You know, when I read that Jessica Jones book…what was it called?

Yes! Alias. But I've thought about this scene in the second issue where she's sitting down with Carol Danvers, having lunch and bullshitting about her messed up dating life, and then in the background, you have Giant-Man rolling through, battling with someone else. I've always liked this idea in books like Alias and The Marvels where these worlds are populated by all these different stories, tones, and perspectives. That's a bit of a non-answer, but that would be fun to explore.

Morbius is currently playing in theaters.