Cyborgs, Taoists And Aliens: Choi Dong-Hoon On The Fanciful Fusion Of ALIENOID 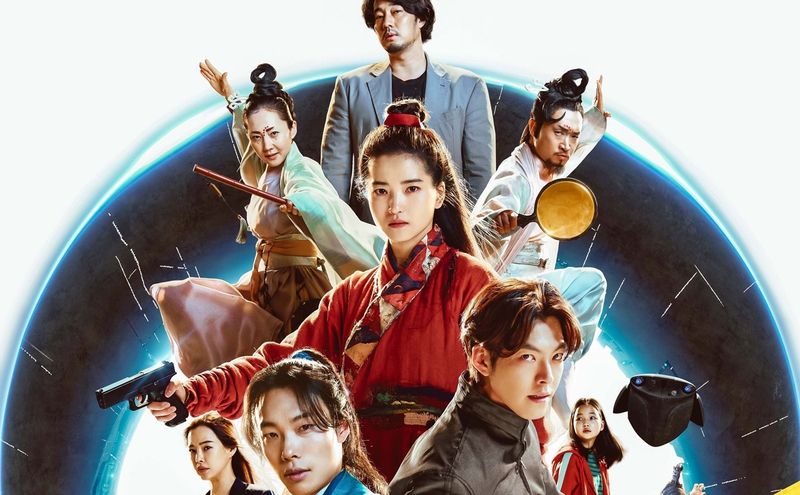 Director Choi Dong-hoon gently cracked a smile at the mention of his latest film resembling a combo of Tsui Hark films, Paul W.S. Anderson joints, and xianxia serials. Said the creator of The Thieves and Jeon Woo-chi: The Taoist Wizard through a translator: "I really wanted to make an amalgamation of Hollywood sci-fi elements with Asian fantasy films."

But even with the intention clarified, Alienoid, for which Well Go USA obtained North American rights in June, can still surprise, as the explorations of its intention guarantee the next detail will be even more "what in the world" than the next. In a world where prisoner aliens can hide within human bodies, only a cyborg and his spherical robotic assistant can stop them. Should there be a hole in the sky, a Hyundai Galloper will jump out, often with music fitting of a buddy cop film. Charms, qi, fans, tentacles, and bullets are all fair weapons in a fight. Don't worry, we've only scratched the surface. 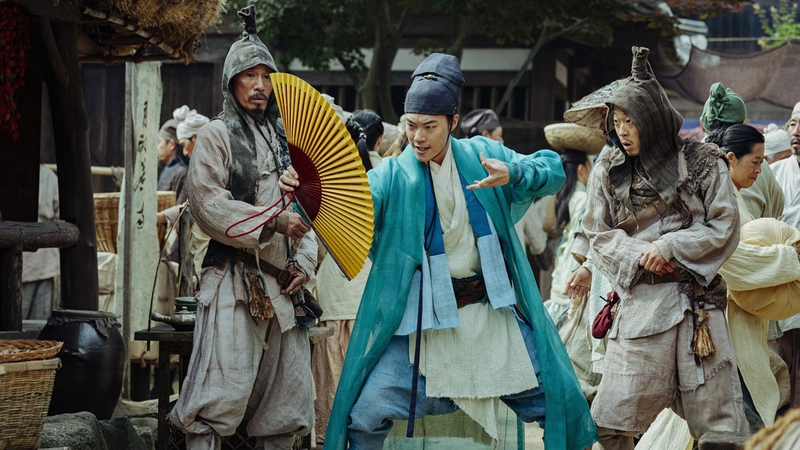 Choi said he was a kid in a candy store while putting the project together, whose English title is a portmanteau derived from the original Oegye+in (or Alien+human). As he put it, "After making Jeon Woo-chi, I wanted to make a film like that one more time, and if I were, then the villain would be coming from outer space—I thought that would be so much fun."

A quick refresher: In that 2009 fantasy actioner starring Gang Dong-won and Im Soo-jung, our protagonists must fend off goblins. There were also charms, qi, and fans.

Judging by the numbers, audiences rolled along with that fun factor; reportedly, the 33 billion won (or $25 million) Alienoid bested both Minions and Thor: Love and Thunder in Korean theaters. Navigating the plot before seeing any footage can be entertainment in and of itself. In response to an alien invasion threat, an inquiring young girl (Choi Yu-ri), a pistol-wielding conwoman (Kim Tae-ri), two transforming enforcers—Thunder (Kim Woo-bin) and Guard (voice of Kim Dae-myung)—and three skilled Taoist monks—Muruk (Ryu Jun-yeol), Madam Black (Yum Jung-ah) and her husband Mr. Blue (Jo Woo-jin) will have to jump across timelines, and genres, to obtain an important artifact called the "divine sword." 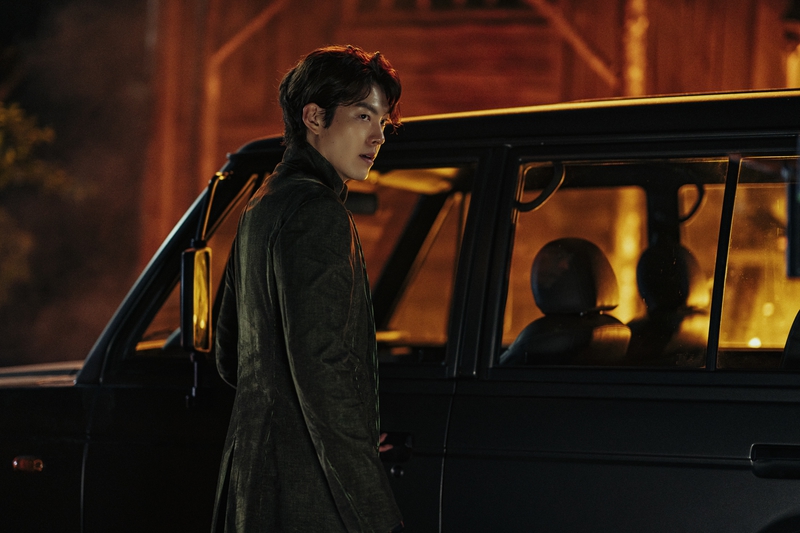 Certain names there should make Alienoid a treat for stateside fans of Korean media. Straight from The Handmaiden, actress Kim Tae-ri. Ryu Jun-yeol was in the acclaimed A Taxi Driver. This marked The Heirs' Kim Woo-bin's splashy return after prolonged treatment for nasopharyngeal cancer. While Yum Jung-ah of A Tale of Two Sisters teams up for a third time with director Choi here.

"I'm a very lucky director to have her—she can take on any genre," he said. Choi also revealed his favorite Alienoid characters to write about are the duo Madam Black and Mr. Blue. 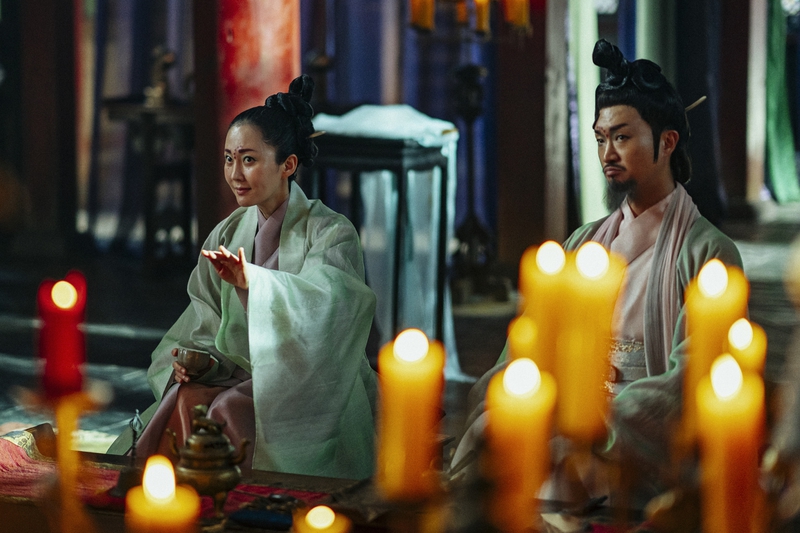 That said, one of Alienoid's more awe-inducing factoids is that this is just the first half of the journey. Like Kill Bill, Dune or Avengers—or a closer-to-home example, The Witch (Manyeo)—Oegye+in is divided into two films, a decision Choi deemed a creative challenge and a source of curiosity. Per Korean media, the whole production set a local new record for the longest shoot at 387 days.

As of this writing, the rollout date for Alienoid 2 remains a simple "2023."

"Of course, this film has elements of science-fiction and fantasy and all that," Choi said, "but in a nutshell, it's about a huge event through which people encounter each other, gather, make relationships and then reach their destination." And for the second half, he teased that audiences should expect more action and the potential for characters who didn't get to hop between Goryeo and present-day Korea in the first installment to have a go at it in the next chapter.

Alienoid is in U.S. theaters August 26.