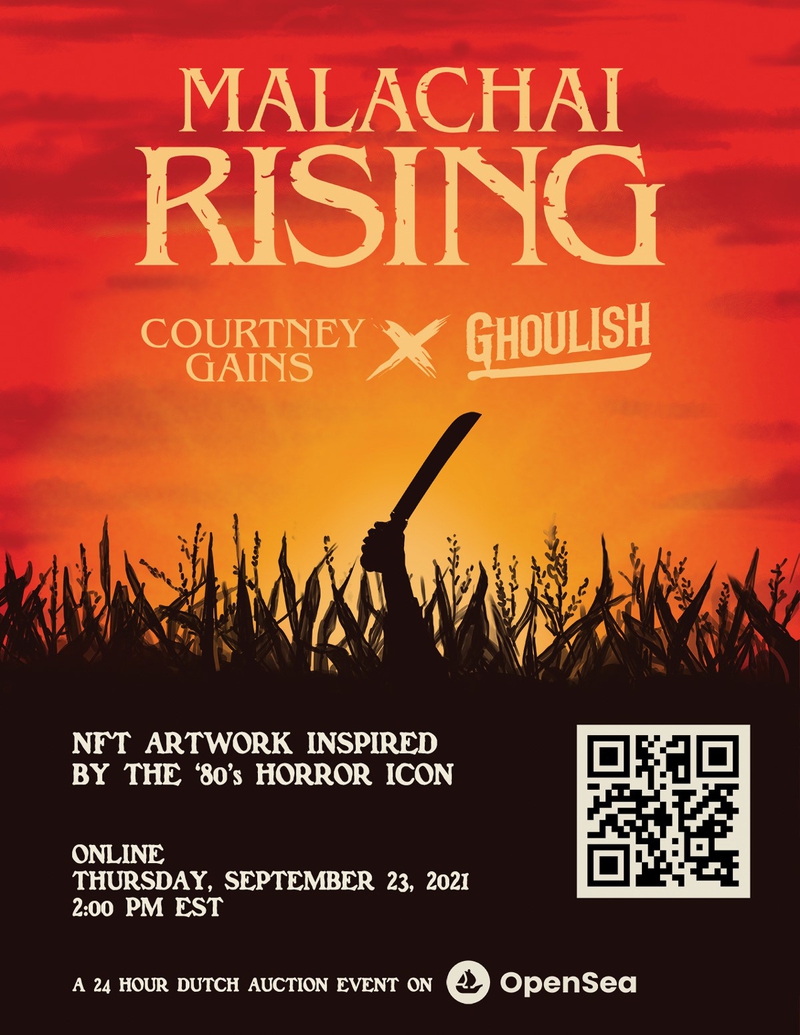 Brand new artwork from Goulish, entitled "Malachai Rising" will be available as an NFT later this month. The piece immortalizes Gaines' Malachai from Children of the Corn, the artwork also appears as the album artwork for the newly remastered soundtrack. Multiple variants will be available, take a look at some information from the original press release below, along with a peek at the auction's menu. 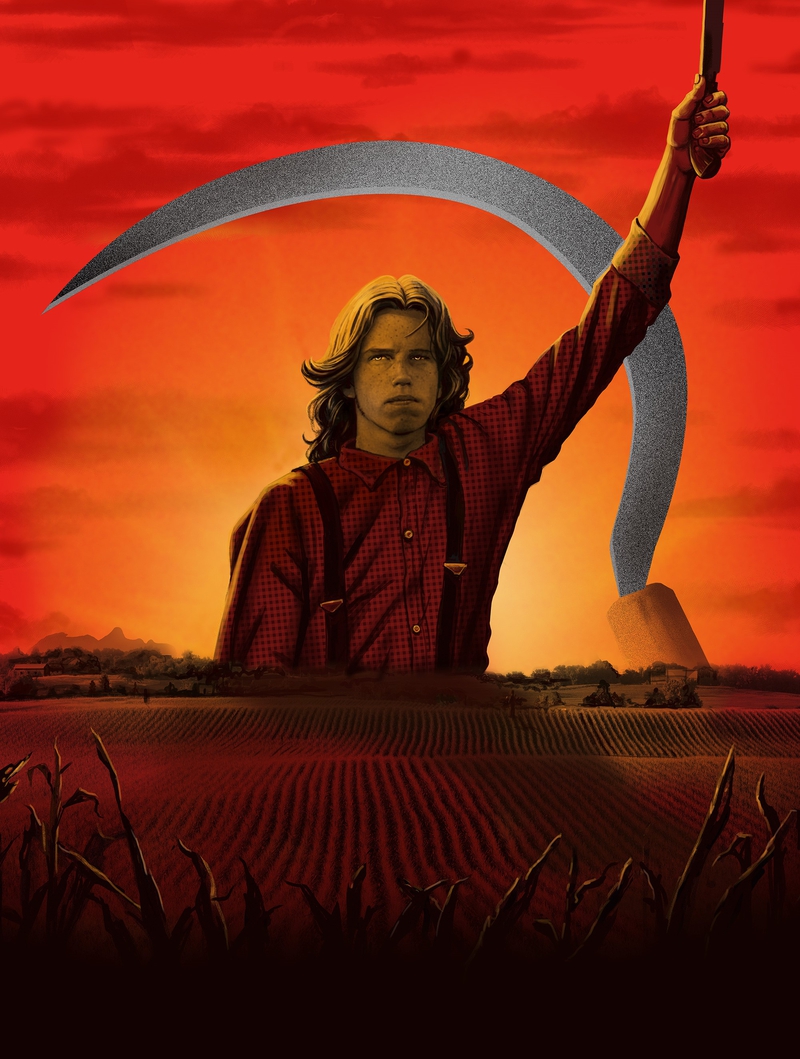 Children of the Corn star Courtney Gains will release an NFT (Non-Fungible Token) art collection called "Malachai Rising". The 9-piece collection is a mixture of digital and physical artworks produced by the master of horror painting, Gary Pullin A.K.A. Goulish.

"This is something fun for everyone who wants to have a piece of this history." When he says everyone, he means anyone who can actually get into the time-limited event.  Popular NFT drops are notorious for jammed ques of eager collectors all trying to connect at once. "We will hopefully minimize that rush by giving away most of the NFTs in batches over 8 days before the main event." says Gains, "It's very important to me that everyone who wants to be part of this is gets something from it." The remaining eight NFTs range in prices from $19.84 to $19,840,000.00 all based on the year 1984 when the film was released. The works are inspired by Malachai's appearance in the original film with the main attraction of the event being an original digital painting by Gary Pullin of a larger-than-life Malachai looming over a darkened cornfield. The painting also appears on the album cover and cd case for the remastered soundtrack. This main event NFT will be sold Dutch Auction style where the price starts at 19+ Million and falls every millisecond until someone buys it. By winning the NFT, the buyer also acquires the 1 of 1 18" x 24" archival print of the painting signed by Gary Pullin and Courtney Gains.

Fans will be able to get a slice of ‘80's culture during the all-day auction Thursday, September 23rd, and can sign up for more information on the website www.malachairising.com starting September 1st. 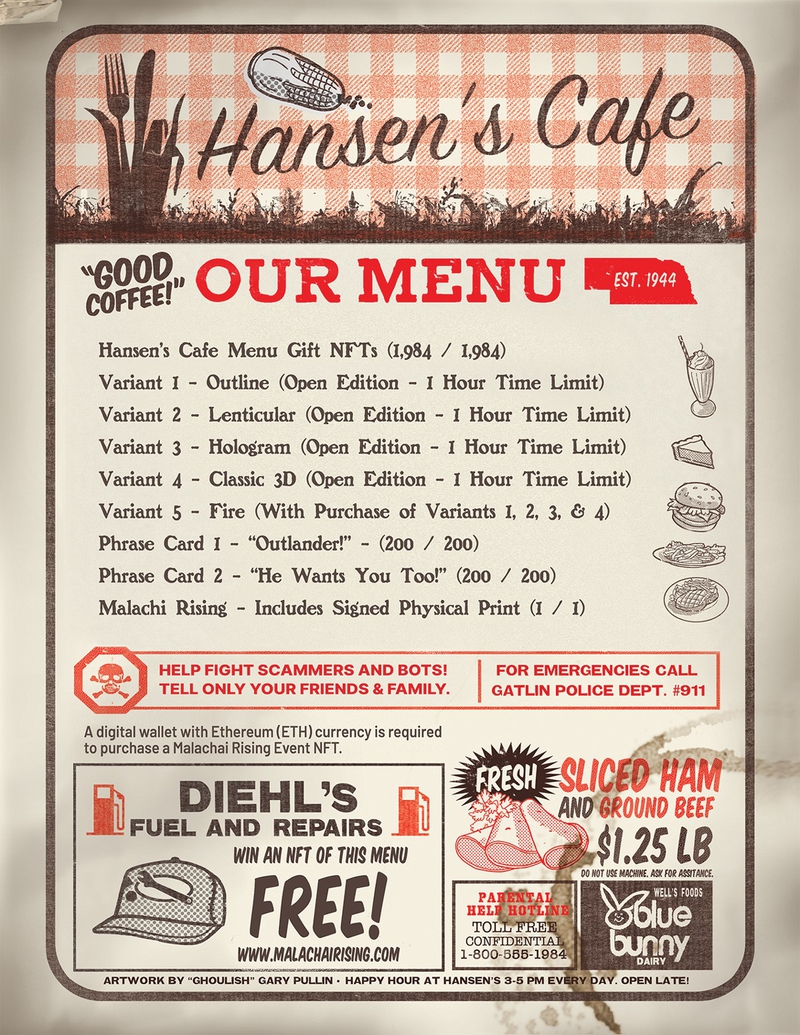