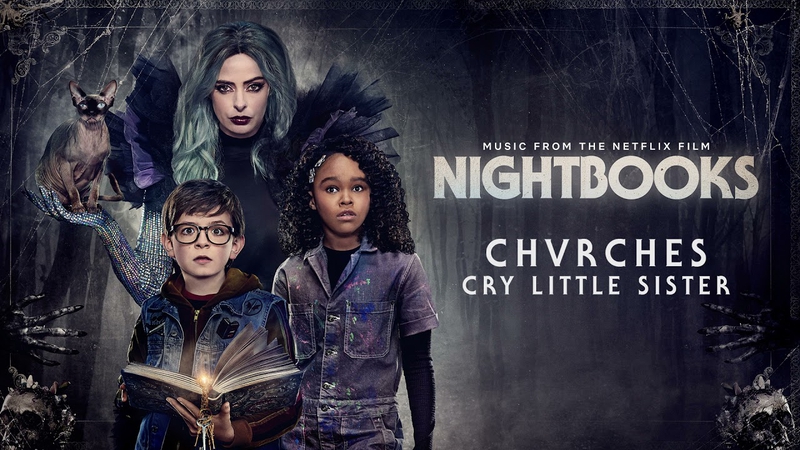 Horror movies and haunting renditions of iconic songs, it's a duo that just makes sense. The release of Chvrches' "Cry Little Sister" cover for Nightbooks got us thinking about some of our favorite iconic tracks, covered in the genre across the years. First up, the reason for the season (er, article.) From The Lost Boys, (which just so happens to be Alex's favorite movie in Nightbooks), "Cry Little Sister."

This one may be a bit controversial, but Lissie's slowed-down version of Rob Zombie's high-octane "Dragula" used in Haunt caught me off guard the first time I heard it, and it's stayed in regular rotation since. (Along with the original, I'm not a maniac.)

The Sanderson sisters covering "I Put A Spell On You" in Hocus Pocus is so iconic that you may even forget it's a cover. Not many people can successfully do Screamin' Jay Hawkins justice, and while Bette Midler and the Sanderson sisters may omit the growls and the snarls, they do deliver an impressive (and fun) rendition. Here's a video in the vein of the Disney Singalong series, join in.

For Scary Stories To Tell In The Dark, Lana Del Rey covered Donovan's 1966 poppy "Season of the Witch" in such a velvety haunting way that it feels she might actually be casting a spell on you. Disclaimer: We can't say with any certainty that she isn't, so tread carefully. Watch the video on YouTube. The song opens up the movie as we find ourselves smack dab in the middle of small-town Pennsylvania, Halloween afternoon circa 1968 as everyone makes their evening preparations and it sets the scene perfectly. You can almost smell the leaves and the candy corn. 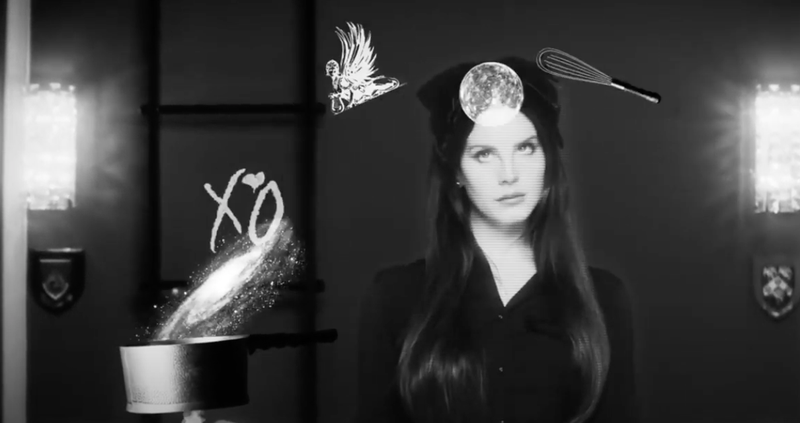 The Luniz "I Got 5 On It" reworked by composer Michael Abels for a balletic showdown in Jordan Peele's Us is a feast for the ears AND the eyeballs. The strings come moaning in deep and ominous, before catching you off guard, high and chaotic. Something in the vein of Bernard Herrmann meets hip-hop, masterfully brought together by Abels.

Say his name five times and suffer the consequences. The Destiny's Child deconstructed version of "Say My Name" is fitting in Nia DaCosta's Candyman. "Say my name, say my name" (don't do it!) It sounds like Destiny's Child is singing from some far-off place (you know, like from the inside of a mirror), but quickly gaining as the chaotic anxious strings come into play, triggering an inherent urge to start running from something you cant' see.

If you're in the mood for a little crushing existential dread, let's take a look at Donnie Darko, offering up Gary Jules' cover of Tears For Fears' '80s hit "Mad World" delivered in a way that may actually cause the tears to fill up your glasses.

The Animals' 1964 chart-topper "House Of The Rising Sun" has an underlying chill as is, but Lauren O'Connell's cover for American Horror Story: Coven makes it even more fitting for a coven of witches in New Orleans.

Ok, we are sneaking this one in from The Girl With The Dragon Tattoo because it is too badass and truth be told, it absolutely oozes horror. Karen O and Trent Reznor covering Led Zeppelin's "Immigrant Song" with a whole lot of grit, dirtying it up a little (and of course this is "dirty" in the best possible way.) It sounds like it dropped right out of the land of the ice and snow.

Alright, that's it for now. Maybe these tunes will help power you through twenty minutes or so of your day. Nightbooks is now streaming on Netflix, you can check out our exclusive Convo x Fango with director David Yarovesky and hear a bit more about The Lost Boys love and how it's incorporated into Nightbooks.