The 2022 lineup includes the world premiere of Eric Pennycoff’s THE LEECH, a super special secret screening, and a live taping of THE BEST MOVIES NEVER MADE. 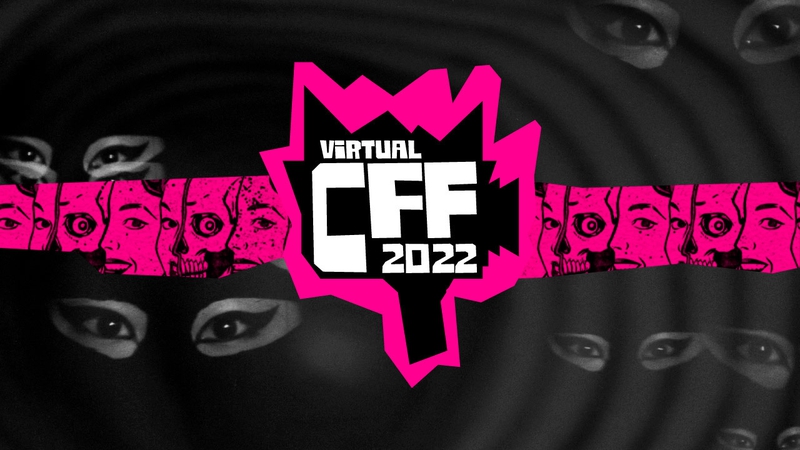 The Chattanooga Film Festival (CFF) is (nearly) upon us! Kicking off June 23rd and running through the 28th, we are excited to announce more stellar programming in this final wave (check out the first wave announcement here.) From events to twenty additional features and six blocks of short films, this year's festivities are bound to be a blast.

Alana Purcell's charming comedy/drama True Believer won over the genre-hardened hearts of the festival's entire programming team, and will be making its world premiere debut, following the story of siblings discovering family secrets at a quirky cabin in the desert.

This year's closing night film will be the world premiere of Greg Swinson and Ryan Thiessen's lean and mean thriller Night Shift, which promises to leave "attendees with their blood pumping and eyeballs ready for whatever the talented duo of directors makes next."

In past years, the festival hosted multiple secret screenings. This year they're changing it up with one singular secret screening, by design. The festival has begun releasing a series of codes and clues surrounding the screening, giving CFF 2022 VIP Badgeholders a chance to be some of the first to experience one of the year's sure-fire home runs for genre film fans. Fans can email their guesses to [email protected] The first lucky fan to guess the screening will win a badge to attend CFF 2023.

Rounding out this year’s live events are a tribute to Up All Night's Rhonda Shear, A Magical Ass Evening of... magic with filmmaker of the previously announced CFF 2022 selection Breathing Happy, and world-class magician Shane Brady. Eric Pennycoff, Jeremy Gardner, and Graham Skipper will be presenting a live commentary track recording along with other members of the cast and crew of The Leech. CFF will also be welcoming filmmaker and film historians Stephen Scarlata (Jodorowsky's Dune) and Josh Miller (Sonic The Hedgehog 1 and 2) for a special live episode of their acclaimed podcast The Best Movies Never Made.

The Discord server will be your round-the-clock CFF party headquarters, badge holders can attend nightly watch parties. Individual tickets for applicable feature films and the shorts blocks will be available 48 hours before the festival starts on June 23rd. VIP badges are available now at chattfilmfest.org.

Check out the lineup and details below:

THE SNAKE GIRL AND THE SILVER-HAIRED WITCH
This movie feels like it was dreamed into existence. When a girl named Sayuri is reunited with her family after years in an orphanage, she's plagued with phantasmagorical visions involving a fanged demon, wild monsters, and murder by snakes. And it only gets weirder from there. Directed by Noriaki Yuasa (the co-creator of the GAMERA series) and adapted from the work of manga pioneer Kazuo Umezu, THE SNAKE GIRL AND THE SILVER-HAIRED WITCH is a stylish, theremin-fueled gothic nightmare that's easily the most traumatizing movie ever aimed at a kids audience. Salvador Dali would be proud.

Award-winning director Nikias Chryssos (DER BUNKER) follows up on his success with the story of a young and feverish boy named Paul who must challenge the obsessive community that surrounds him in order to free his sister from the nefarious conspirations of the cult leader, Fust.

Trapped in an underground facility, five scientists wake from cryogenic sleep with no memory of who they are or how long they've been asleep. They soon make a shocking realization: a killer is hunting them down there, and may even be hiding among them.

GIVING BIRTH TO A BUTTERFLY

After having her identity stolen, a woman, and her son’s pregnant girlfriend, bond together on a surreal journey as they attempt to track down the perpetrators.

A self-important filmmaker aspires to change cinema. An actress and actor languishing in commercial hell gets cast. Through this journey they find fame and emotional destruction. Hooray for Hollywood! A slapstick absurdist film about how people create and view movies in the 21st Century.

A mother has designed an unconventional plan to change her son's disturbing obsessions.

Twenty-something Jiwon attempts to deal with the loss of her mother and her father's worsening drinking. Faced with a violent neighbor threatening the family, and complicated love life, she accepts the aid of a local shaman.

A number of lost souls find refuge in a small motel in the middle of nowhere, its only distinguishing characteristic being the ruins of an old Mystery Spot—a long-dead roadside attraction with strange metaphysical powers. Nathan and Rachel find solace in one another, both attempting to escape dark pasts that seem to be using the Mystery Spot to go from being painful shadows of their lives to very real entities of the present. Everyone at the Mystery Spot will be affected by its unique properties, but only some will survive its reality-shattering implications.

After a break-in occurs during her first night on the job, the lone night shift janitor must fight to survive when she becomes the target of the masked intruders.

In filmmaker Roberto Doveris's heartwarming LGBTQ+ Chilean comedy, we follow Pablo, a young actor who dreams of starring in a movie, but to pay the bills, he has to work as a simulated patient in medical schools and bizarre alternative therapy sessions.

A struggling all-girl rock band goes on tour and discovers their worst problem is not just being forgotten by their fans.

A film about the life of a modern Siberian Tatar village on a forgotten stretch of the Silk Road.

Though the CFF Secret Screening has long been a sacred tradition of our festival, this year's truly takes the cake. We're so excited about this one we've decided to shroud it even more in mysterious ass mystery than our past secret screenings. Yeah, we know there was that one time we made y'all join a cult before we started the movie, but it was obviously totally worth it! We've already begun dropping cryptic hints and badly rhyming clues for eagled-eyed festival attendees, and we've set up the email address [email protected] if you'd like to venture a guess as to what this year's secret screening is. The first person to email us with a correct answer will get a free VIP badge to CFF 2023. This screening is open to VIP Badge Holders only

A portrait of humanity as captured by its surveillance cameras.

Two troubled women on the edge see their lives intertwined when they embark on a vicious crusade of revenge, fueled by shifting passions and haunting secrets.

A concerned young woman moves home to look after her ailing grandmother and soon finds herself fighting a malevolent presence with a dark secret.

A devout priest welcomes a struggling couple into his house at Christmas time. What begins as a simple act of kindness quickly becomes the ultimate test of faith once the sanctity of his home is jeopardized

Abena and Kwame are struggling to recover from a devastating tragedy. They travel to Los Angeles for a vacation that they hope will help them find their way back to one another. Instead, during an awkward dinner with estranged friends, Vivian and Anthony, Abena is increasingly terrorized by an evil possessing the house. As her terror grows, it ultimately engulfs all four with horrifying consequences.

Siblings discover family secrets at a quirky cabin in the desert.

Anna gets paroled from a Polish prison after fifteen years behind bars. Once free, Anna has but one goal - to find a woman whose name is Dorota.

Gaspard is the last man on Earth. Zeria, his grandson, is the first human to be born on Mars. Gaspard tells him about his life, his fears, his loves... in the hope Zeria will come to see him before he dies... Zeria would be the first human being to return to Earth without having ever known it…

The Tennessee Entertainment Commission Presents the

CFF SALUTES UP ALL NIGHT AND RHONDA SHEAR
From 1989 to 1998, if you were a fan of genre cinema, you knew where to turn every Friday and Saturday night. USA Up All Night was home to curated cult and horror cinema, and it introduced legions of cinephiles to weird and wonderful worlds they had no idea existed (or maybe they did know, and their parents forbid them to look!). It also brought the classic concept of the movie host into a whole new era and regularly featured skits, comedy, and killer special guests (THE RAMONES!!!).

Initially hosted by the late great Gilbert Gottfried, Up All Night kicked things into high gear in 1991 when the tenure of its best known and most beloved host, Rhonda Shear, began. Rhonda had a background in everything from modeling to comedy. Her quick wit and unforgettable enunciation of the show's name (even now, we're sure you're hearing it in your head!) made the show a cult hit for an entire generation of cinephiles.

A badass to this very day, Rhonda is now a best-selling author and a wildly successful entrepreneur known worldwide for her, inclusive of all body types, Rhonda Shear Intimates products, and her ongoing charity work with the American Cancer Society. From her tenure on Up All Night to her appearances everywhere, from Spaceballs to Full House, you're not going to want to miss this one, folks. Join CFF as we salute Rhonda and have a fascinating career-spanning chat with one of the true queens of genre cinema.

Help celebrate CFF 2022's opening night film as we join THE LEECH’s writer/director/producer Eric Pennycoff along with the film's stars Jeremy Gardner, Graham Skipper, Taylor Zaudtke, and Rigo Garay for a cocktails (or mocktails!) encouraged live commentary track that will provide fun and fascinating insights into one of our wildest 2022 offerings.

Not only is Shane Brady a talented actor/writer/director, he's also one of the most gifted

magicians working today. Though his magic skills are on full display in his new film BREATHING HAPPY, making its world premiere at this year’s fest, Shane has a hell of a lot more tricks up his sleeve (sorry, we couldn't resist). Along with his lovely assistant—acting CFF Mayor David Lawson Jr.—Shane has graciously offered to regale CFF 2022 VIP Badge Holders with some of his signature magical badassery.

The Best Films Never Made Podcast

CFF is pleased to welcome filmmakers and film historians Stephen Scarlata (JODOROWSKY’S DUNE) and Josh Miller (SONIC THE HEDGEHOG 1 and 2) for a special live episode of their acclaimed podcast in which the duo explores the most legendary movies NEVER made. Laugh and learn about the weird and wild world of cinema that almost was!

The Return of the Monster Squad

Our ride-or-die homies for life, Andre Gower and Ryan Lambert, stars of earth's finest film, THE MONSTER SQUAD, make their triumphant return to CFF. They'll be acting as hosts for our Dangerous Visions and WTF Shorts blocks and leading Q&A sessions with this year's attending filmmakers. This year's CFF shorts RULE so we hope you're ready to ROCK UNTIL YOU DROP.

We've got your Saturday night all planned out for you: Join us on the official CFF 2022 Discord Server for a Double Feature Picture Show of the wildest order; we'll be watching filmmaker Jay Burleson's THE THIRD SATURDAY IN OCTOBER PART V! Immediately followed by THE THIRD SATURDAY IN OCTOBER PART I (trust us, this is the order in which you want to experience them). Throughout the watch party we'll be getting live dispatches and updates from the cast and crew's private screening, and we honestly can't wait to share in celebrating this fantastic pair of films with you.