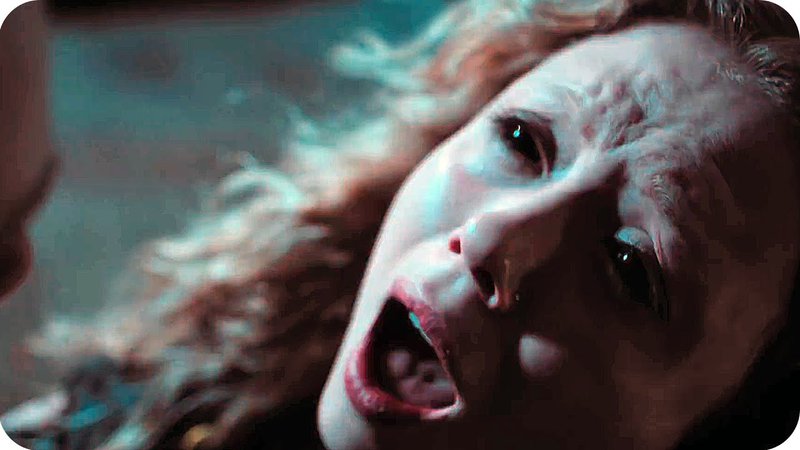 Editor's Note: This was originally published for FANGORIA on April 5, 2016, and we're proud to share it as part of The Gingold Files.

If Irish horror has a Roger Corman, it would have to be Brendan McCarthy. The producer and occasional writer has been behind a string of genre features from the Emerald Isle, and talks two that are hitting disc today—Cherry Tree and The Hallow—in this exclusive interview.

After TV and documentary work in the early 2000s, McCarthy first entered the horror realm as an executive producer on a pair of rural-set features: 2004’s Dead Meat and the following year’s Isolation, the latter featuring an early starring turn by The Babadook’s Essie Davis. He then produced (with John McDonnell) and collaborated with director David Keating on the screenplay for Wake Wood, the 2011 witchcraft thriller that was part of Hammer Films’ 21st-century revitalization. His and McDonnell’s other credits this decade include Outcast, Stitches, The Last Days on Mars, Let Us Prey and the pair of features addressed in this conversation.

Cherry Tree reunites McCarthy and Keating on another story of suburban sorcery. Here, teenaged Faith (Naomi Battrick), desperate to save her dying father, makes a pact with her school’s witchy field-hockey coach (Hellboy II’s Anna Walton) that involves her carrying a child—and lots of icky centipedes. Colin Hardy’s The Hallow follows a conservationist (Joseph Mawle) and his wife (Bojana Novakovic) to a new home in a deep forest, where the magical, monstrous local beings come out to play. FANGORIA spoke with McCarthy following Cherry Tree’s world premiere at last summer’s Fantasia festival in Montreal.

I understand the story of Cherry Tree went through significant changes on the way to the final film. Can you talk about the development of the storyline?

What underpinned it all was that David and I wanted to make another film that would deal with the same sort of territory as Wake Wood: people doing bad things for good reasons, and of course paying a very high price for it—an unfair price. That’s how it started, but at one point I strayed into an area that was probably just too dark, where the reveal was ultimately going to involve a disturbing, incestuous relationship as part of the witch’s curse on her. That never really felt right, or like something that anyone would really want to watch, you know? So we then tried to think it through without going there, and still telling the same emotional story.

The movie still deals with sensitive material: a teenager becoming involved in black magic and getting pregnant intentionally.

I suppose, yes, but the thing that makes it interesting for me is that she makes that decision. In Rosemary’s Baby, and many of these Satan’s-baby kind of stories, it’s foisted on them somehow, whereas in this case, she actually makes that choice, and in a sense, she doesn’t see that she has a choice, but she does. They’re saying, “You don’t have to do this, your dad can die”—and you might argue at the end of it that that was the better option.

How much of the Wiccan ritual we see in Cherry Tree is authentic?

None of it [laughs]. Nor, by the way, was anything authentic in Wake Wood; it was a complete and absolute fantasy. I think it’s a bit more fun, and the major element was the centipedes, thinking about the witches’ familiars and what they might be. I felt that if these people are essentially evil, then surely their familiars would be nasty and scary and unpleasant. We started looking at spiders, which would weave these strange webs that people would get encased in and so forth, but when we started creating concept art for it, it somehow didn’t look scary enough. I kept telling the various people who were doing drawings for us, “It doesn’t necessarily have to be a spider anatomically; think a weird spider and whatever that might mean.” Nobody was getting it, and then I was chatting to the guys at the Bowsie Workshop, who did our special effects, and Ben O’Connor there said to me, “Have you ever thought about a centipedes? You should have a look.” He e-mailed me a couple of YouTube links of centipedes killing snakes and things like that, and I was just like, “OK, I can work with this.” That really set me off; I was thinking, how did I miss centipedes all these years?

Can you talk about the great, atmospheric location you found for the witches’ lair?

We had been working with people on another film who were from the Cork area, and they told me about this place called Camden Fort, which is essentially a fortification at the mouth of Cork Harbor that was built to defend the city against invasion by the Spanish Armada in Elizabethan times. It’s actually one of three forts, one at each side of the mouth of the harbor and the other on an island in the middle, so you would sail in and be caught in the crossfire of three fortresses that would bomb the hell out of you. It has these amazing vaulted ceilings, and tunnels that run down to gun positions. It’s a very big, extraordinary, strange place, the kind you can have a lot of fun with—if it wasn’t a fortress, what could it be, you know? It could be this place under Sissy’s house. What was especially perfect was its amazing stone spiral staircase; I don’t know how they carried weaponry and ammunition up and down it. It must have been a rough job working there, you know?

Was it difficult for the Cherry Tree crew?

It was, actually, because it was extremely cold. As I said, there were tunnels down to the gun positions at the sea, so there was this permanent sea wind coming in. And no matter what you were dressed in, eventually you froze to death. That was especially challenging for the skinned people, because they were wandering around in these body suits with very little clothes on underneath. We would set up heaters in a little corner for them, but man, they were really cold: “Can we please shoot this before I die?!” The logistics of that whole place were very difficult, because there wasn’t a way of getting to the particular places where David chose to shoot without a walk down very long steps, carrying whatever. The electricians were not very keen on it.

Looking at your filmography, it seems Irish/British occult lore is something you have a special fascination for…

Absolutely; the world of those Dennis Wheatley-type stories just rings my bell somehow. I was raised in a very Catholic Ireland, where the fear of the devil was an enormous part of why you were religious; if you sinned and died, you would burn in hell. The devil was a very strong motivating force for being good, so it was a different way of thinking of things. It can infect a child’s imagination, and you never quite get rid of it. Films like The Exorcist scare me to death on the most irrational level; it just presses those buttons. And because that kind of thing genuinely frightens me, I’m of course fascinated by it and want to know more about it.

How did you get involved with The Hallow? It’s quite an impressive debut for Hardy.

Corin is an amazing guy, and we were lucky enough to be a part of that with Occupant Entertainment. It was their film and they developed it with Corin, but they kind of hit a cul-de-sac financially. I just happened to be at the Galway Film Fleadh and met with somebody from WME, Deborah McIntosh, and we chatted there. Then, a couple of weeks later, she said, “Brendan, I’ve got this amazing Irish horror film; I can’t believe I didn’t think to mention it to you straightaway. You’ve got to read it; I think you should be involved.” And we read it and said we definitely wanted to be involved, so we got speaking to [producers] Joe Neurauter and Felipe Marino and got it going. It was great fun to do.

How was it collaborating with Hardy?

Corin is very special; all the drawings and artwork he did to prepare for The Hallow were amazing. He had a very strong vision of what he wanted to do, and the creatures always looked fantastic. That was going to be the big concern: Could we get the right puppet operators and dancers who would wear the suits, and have to do that in the middle of the woods in the middle of the night? There’s always that catch. It’s all very well when you’re in a nice, warm studio, but then it’s like, “That’s not where we’re going to be doing it, by the way!”

The clash between modern civilization and paganism/occultism is a key theme in many of your films.

Well, I like the feeling that you can be in a regular sort of community, and actually, right under the surface, it’s a totally different place with a completely different point of view. That’s always a really scary idea: some sort of variation of Invasion of the Body Snatchers. Everyone looks like they should be straight and normal, but they’re not. But of course, they think they are.