A Shovel Between The Eyes: The Writer/Director Of BLOOD QUANTUM Speaks

Jeff Barnaby opens up about his zombie picture. 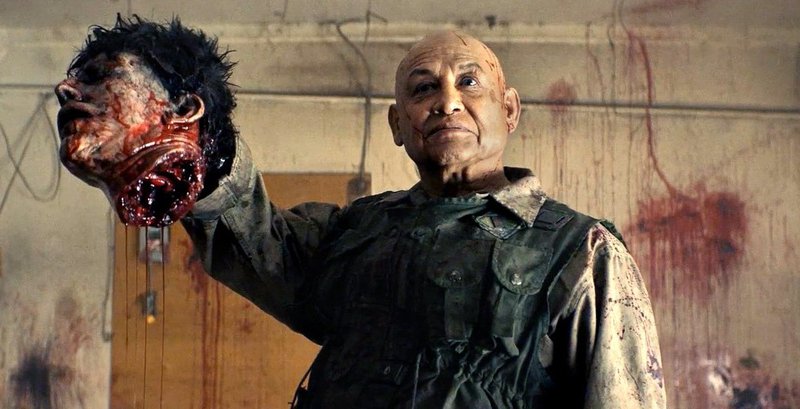 FANGORIA: Tell me about this set.

Jeff Barnaby: Oh, it was hard. It was a hard shoot because it was a lot of long days, a lot of switching from days to nights, and a lot of cold weather. I remember, there was one particular night when we were shooting on a bridge, and all the fake blood froze on the actors. And we didn't have a lot of money, so we were doing like one-take shots, one-take special effects, and we're just kind of plowing through the film as fast as we can. And I feel beat up at the end of it, but I think, for the most part, we got our best on screen.

JB: It's pretty powerful, of course. For me, those are always the type of films that I do where the minorities are the white guys on set. I think it's an anomaly for the audience. But I think, for me, if you're writing a film from where you come from, I mean, that's what you represent. And there are no white people, because it's not the case on a reserve. And you're setting up a scenario where Native people are immune to the zombie plague. So there wasn't going to be a lot of non-Natives on screen. In that sense, it's quite unique in the horror genre. I can't even think of another film that's like that, and I'm just happy to have gotten the opportunity to do that. I'm still kind of wrapping my head around the reception and how it's going to be handled.

Jesse Wente, the head of the Indigenous Screen Office, once said that Native people are the most photographed ethnicity in the world. And I think when you have that burden, particularly when the photographer is a non-Native person, you're dealing with what people think they know. So it's kind of an uphill battle, and I think a lot of things are going to get lost in translation. When you're making a film with Indigenous people, ultimately, it's going to be for Indigenous people, and you hope that there's some common ground that can bridge the gap between the two. I'm hoping, eventually, they find that, because I think white audiences in particular are always used to having that Dances With Wolves Lieutenant Dunbar character to hold their hand through a film. That doesn't exist here, and I think that's going to bristle some people. But at the same time, the zombie story is one of the most popular stories that you're seeing in cinema today. It was my wish, anyway, and my hope that there was going to be some crossover there, in the sense that the familiarity of the genre would be that guiding light for non-Native audiences. 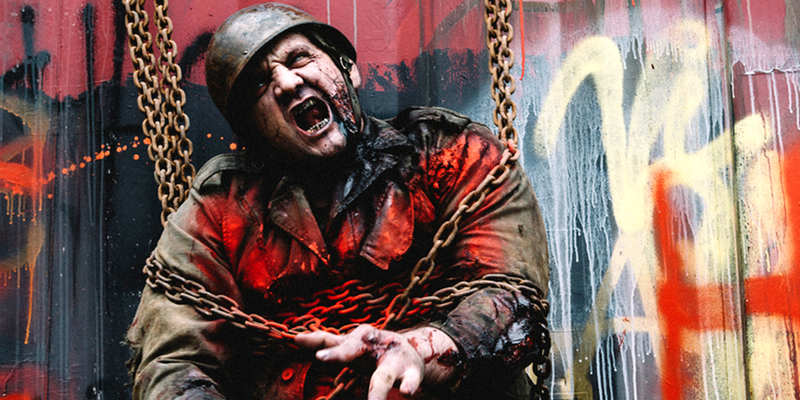 Fango: It was interesting speaking with (cast members) Michael Greyeyes, Elle-Máijá Tailfeathers, and Forrest Goodluck about the politics of the film, because Elle-Máijá and Michael each had their own takes on it that were influenced by their experiences as adults working in the industry. Forrest's take was different, as he acknowledged that it's a political film, but at the same time said it would be nice if it could just be a zombie film, and not necessarily be connected to politics.

JB: But therein lies that history again, because Native people on screen have always been political, in the sense that they were the villain to the John Wayne, Manifest Destiny, American, “fucking awesome” white guy. And you look at Hollywood, in general, like 100 years of Hollywood, the fucking main theme is always going to be white guys are awesome. I think when you don't have that – I'm assuming anyway, as a non Native audience member – you're gonna have trouble finding your footing, seeing those aspects in other people that you don't recognize as yourself. And I think there's been some attempts to bridge those gaps, but, at the same time, you're still dealing with familiar heroic tropes. I think I deliberately tried to make just a zombie film. It's kind of weird to say it this way, but my approach was to ignore politics, and just present it as a zombie film. Because I think, just by virtue of having a Native cast, it's already going to be political. And I think the story embeds itself in a political arena without ever having to acknowledge it. I almost think that's rubbing some people the wrong way, because I'm getting like these first hot takes, and I'm seeing that people either aren't understanding it, or they're deliberately obfuscating the content. So they seem like they don't understand it, or maybe they do and they just don't like what's being said. Because you're talking about exposing a history of erasure, and doing it in a way that holds a mirror up to a non-Native audience. And I don't think this climate, particularly in the Trump era, is ready to come to terms with that history. 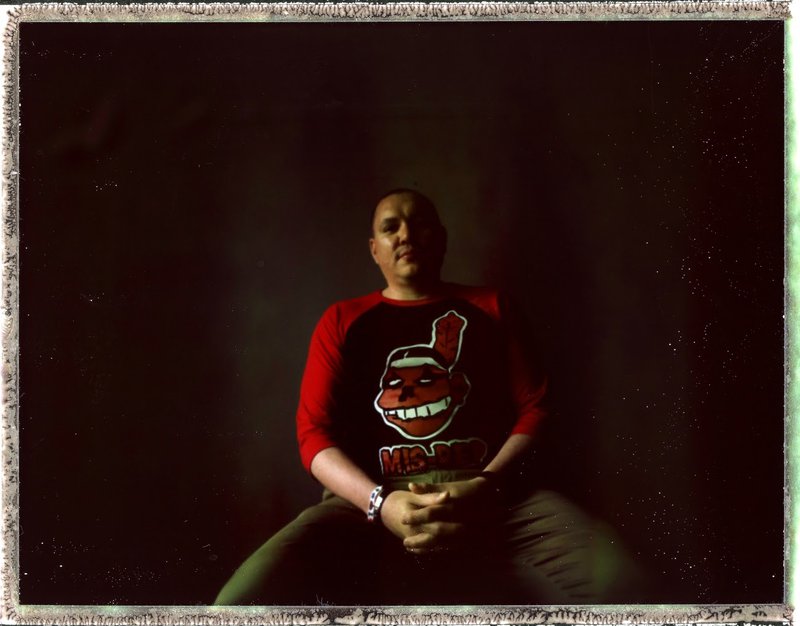 Fango: There often seems to be a kneejerk reaction from white people, and white audiences in general, when it comes to representations of otherness. I think specifically with representation of Indigenous people, there is an immediate sense of accusation, and people get unnecessarily defensive. Are you concerned that this is what’s happening around Blood Quantum?

JB: I don't know. It's too early to tell. But I definitely feel like I was aware of it. That's why I was kind of laying off the politics because I didn't want to wag my finger. And fuck, who knows, man? I mean, you can present things, and it'll seem flawless to one person and it'll seem like a total mess to somebody else. I think there's definitive statements that film can't be misinterpreted, and it's just a question of you, if you like what's being said or not. For me, I feel like I've represented the situation as it happened. I represented colonialism as it happened. And I think I kind of flipped the history on its face because we empowered Native people, and we had them literally debate on screen about whether or not they should basically relive colonialism. The very concept of the premise is “if we let these white people in our community, they may literally eat us all. So that's a pretty explicit statement on postcolonialism and your reaction to white culture. And I mean, that's not even a stretch. Maybe that's the problem. It's like a shovel between the eyes. And, like I said, it's just a question of whether or not you like what's being said. But you cannot dispute the truth of what's happening or what's happened. Because it's happened. I mean, I say that, but we see that almost on a daily basis, where people are subverting and contorting the truth to suit their stories. And that's the history, that is the fucking little history of Native people on screen. They played the villain, because the truth was too hard to swallow.

Fango: And it requires a lot of self reflection that people aren't prepared for.

JB: Not only that, man, it's such a loaded image, and it's a loaded story. It's hard to present it in a way that doesn't seem biased, and that's kind of what I tried to do. I just tried to present it as a zombie story, and have the politics embedded within the story without anybody really kind of going out of their way to say this was our history, and we're not going to repeat it. 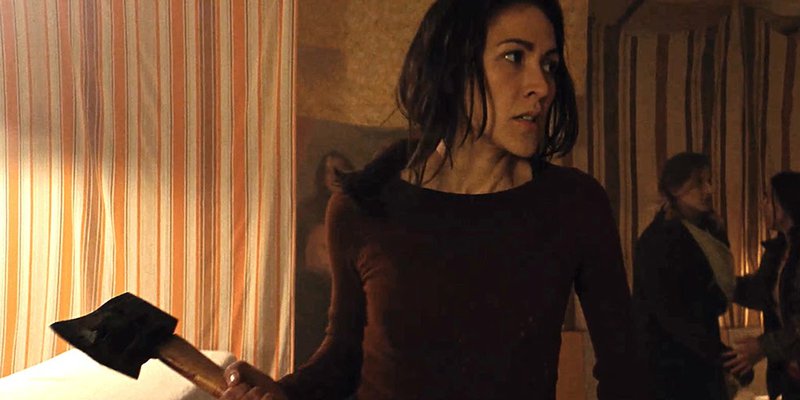 Fango: Do you think there is a difference, just in terms of how someone like Elle-Máijá or Michael reacted to that question versus how Forrest reacted to it? Do you think that the younger generation is feeling a little less political impetus? Or is it the burden of youth and not having explored the concepts enough?

JB: I think young people are, particularly early 20s, late teens, are in a better position to reconcile that history than, say, people of Michael's age or my age that have grown up with harsher climates. Like, we've experienced real violence, and I think today's climate is a lot more accepting. I mean, we're in the growing pains right now — people going out of their way to accept everybody, whatever the otherness of your being, you're finally given a platform, and you're seeing the growing pains and the kick back to that. So I don't necessarily think they want to ignore the politics, I just think they're much more willing to accept them and not look at them as contentious even though that century of film is there, and you have centuries and centuries of genocide, to put it bluntly. I think they're ready to move past all of that, and see the future, and I think that's one of the things that you need to do as a Native person. So I think what Forrest is saying is quite healthy in the sense that he's willing to let go of that history to move forward. I think that's what the ending of the film was about, you're letting go of the past and you're looking at this woman and this baby who represent an unknown future, but hopefully a positive one.

Fango: Why do you think horror was the right genre for this story?

JB: Because I think it's a horrific history. I just didn't really think that putting all that history into a dramatic context ... I didn't want to do it a disservice. It was the idea of doing a good zombie movie, and letting the politics happen. And I didn't want to put any speeches that spoke directly to that, that shared history. It was an attempt not to alienate anybody. But I think, to a certain extent, people wanted to hear it. I just don't think reliving that history is the way to go about it. I've always been an artist that likes to redefine and re-envision things. So that's exactly what it was. So it's kind of a revisionist history in the context of a zombie movie, and I did it so I could show a non-Native audience their history in a way that hopefully didn't alienate them.

Fango: What do you hope people are going to take away from this?

JB: A lot, honestly. I mean, you kind of speak about it just as a filmmaker, you're hoping people like your execution. If you're speaking about it as a Native filmmaker, you're hoping that people like the execution enough that they give other Native filmmakers a chance to express their ideas. If you're thinking about it as just a Native person, you're hoping that it helps a non-Native audience come to terms with their history, and kind of move past the defensiveness of dealing with it and just trying to find a way past it. I think that's the three beats I'd like to hit. And I think, for the most part I've succeeded. It was a lofty goal on a pretty limited budget. Kind of a lofty scope on a pretty limited time scale. I think this is going to be a part of a much bigger body of work. I'll be doing this til the day I die. And I think it's just going to be one spoke in a wheel that hopefully ends up helping prop up the idea of reconciliation or coming to terms with our shared history. 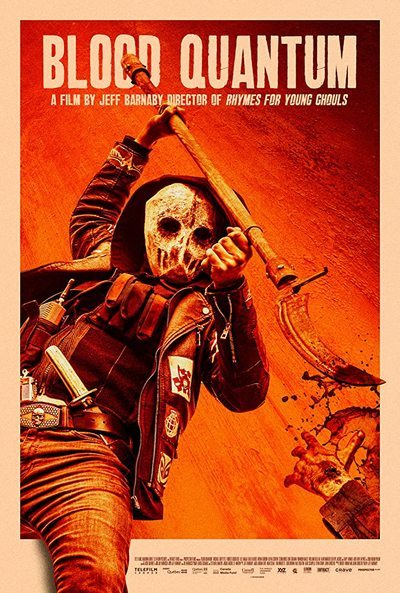 Blood Quantum is now available to stream on Shudder in the US and the UK.