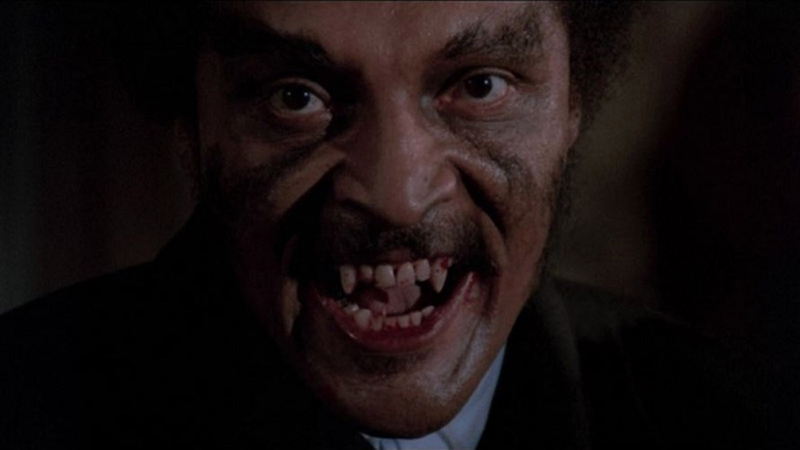 In 1972, two vampire films attempted to inject new blood into an old genre: Hammer's Dracula A.D. 1972 and Blacula. Both films had the same basic idea of transposing an ancient bloodsucker into a then-modern setting. Although one doesn't star Dracula, they are both built on the novelty of seeing a traditional horror figure preying on hip young people. The primary difference is that one of these movies captures the spirit of classic horror, and the other is Dracula A.D. 1972. 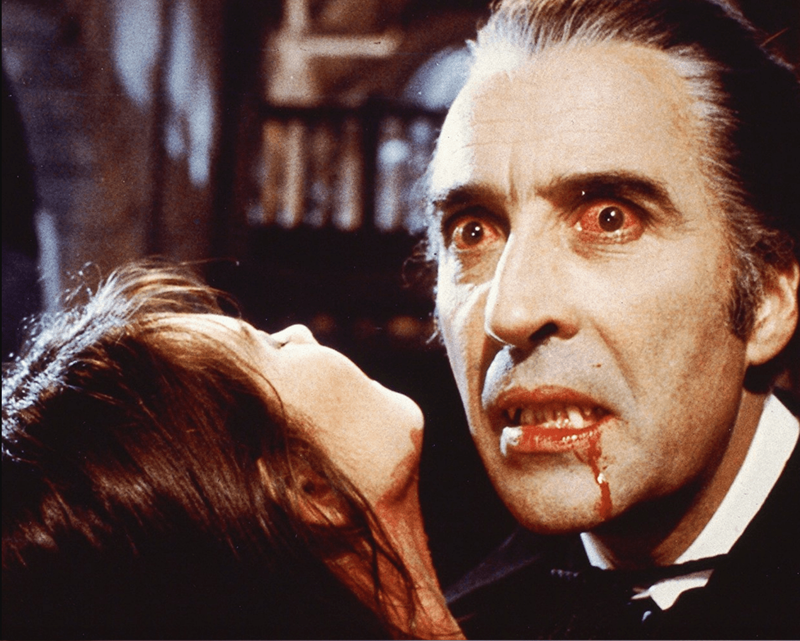 That's right, Blacula out-Hammered Hammer! Its outrageous title has made it something of a pop-culture punchline, but Blacula is a worthy creature feature in the classical style. While Dracula A.D. 1972 does very little to integrate the Gothic aspects with the cool youth culture flick it wants to be (Dracula spends most of his time in a Gothic cathedral, defeating the gimmick of a contemporary setting), Blacula builds a rather effective melodrama around the idea of a ghoul trapped in the wrong era. Blacula is not a spoof, nor is it embarrassed to be an old-fashioned terror tale. It sets out to be a serious monster movie with a tragic villain at its heart. And if you ask me, Blacula succeeds at its goal. Heck, I'd even call it the best vampire movie of its decade.

In 1780, Prince Mamuwalde travels from Africa to Transylvania to ask Count Dracula for his help in ending the slave trade. Unfortunately, this Dracula is not only a bloodthirsty monster but an unapologetic racist. The Count turns Mamuwalde into a vampire and curses him with the name "Blacula." Mamuwalde is imprisoned in a coffin hidden in a crypt below Dracula's castle. In an additional act of cruelty, Dracula traps Mamuwalde's wife Luva within the same crypt, where she eventually starves to death. Nearly 200 years later, Mamuwalde's coffin is discovered and shipped to Los Angeles by interior decorators Bobby McCoy and Billy Schaffer. When the decorators open the coffin, they inadvertently release Mamuwalde and become his first victims. At the funeral home where Bobby McCoy's body is kept, Mamuwalde spots Tina Williams, a woman he believes to be the reincarnation of Luva. Seeking both blood and the love of his afterlife, Mamuwalde stalks the streets of LA. 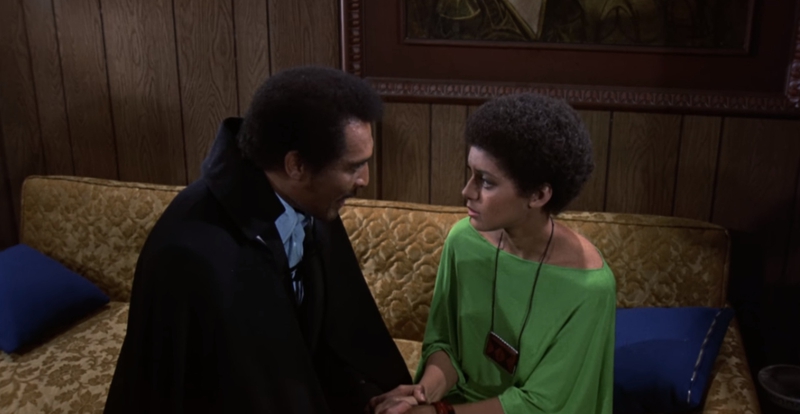 Now that's more plot than the average Dracula picture. Even the great vampire king usually doesn't get much of a backstory outside of a few vague hints. In the prologue alone, the filmmakers address racism, harsh historical truths, and establish its antagonist as more than just a sanguinary stalker. Social commentary, tragic romance, and morbid melodrama are all in one neat little package. Despite its B-movie exterior, Blacula is something of an epic, spanning centuries and continents. With a title as goofy as Blacula (that pun is hard to resist), this easily could've been a generic vampire flick capitalizing on the blaxploitation... and it nearly was.

Without a doubt, Blacula would've been something entirely different if it hadn't been for its star, William Marshall. Marshall was a Shakespearean actor with a stentorian voice and regal bearing. Before becoming Mamuwalde, Marshall understudied Boris Karloff as Captain Hook in the Broadway production of Peter Pan and played Othello at least six times. Harold Hobson of the London Sunday Times called Marshall's portrayal "the best Othello of our time." Marshall clearly had a great understanding of drama, and he utilized that for the development of Blacula. While the film was in its production stages, Marshall worked with the producers to give the vampire a dignity more common among Shakespeare's monarchs than B-movie vampires. Originally, the character was named Andrew Brown, a reference to the influential-yet-problematic radio sitcom Amos' n' Andy. It was Marshall's idea to make him an African prince and to give him that abolitionist background. 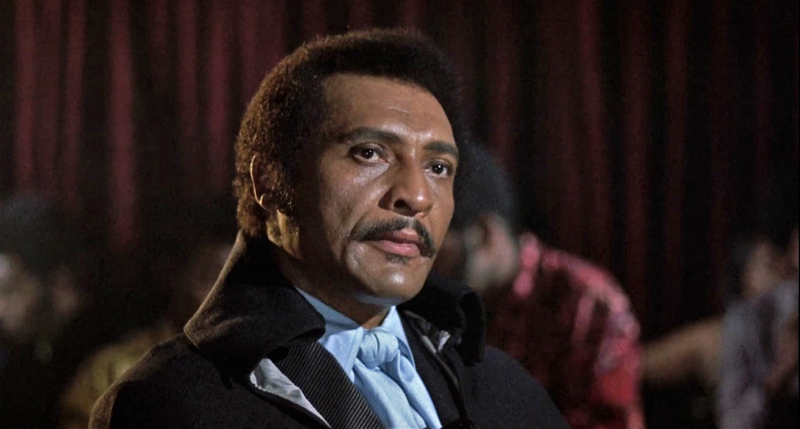 William Marshall deserves to be as recognized as Christopher Lee and Bela Lugosi for his performance. Some aspects of the film are dated, and the budget limits the effects, but I cannot say a single negative thing about Marshall as Mamuwalde. He's as eloquent as Vincent Price, as chilling as Max Schreck, and as heartbreaking as Lon Chaney. The vampiric Mamuwalde is undeniably a villain, but Marshall's complex portrayal never allows us to forget the hero he once was. Like all the great actors in those Universal Monster movies, Marshall finds the beauty in the beast. I firmly believe Marshall's Mamuwalde is one of the five greatest vampires in cinema history,

Beyond Marshall, Blacula has plenty to love. The acting is great across the board, and the drama hits all the right notes. Speaking of notes, Gene Page's funk score is as groovy as they come, while The Hues Corporation makes a memorable appearance. And the horror is really horrific! The slow-motion attack at the morgue has been the source of many nightmares. Director William Crain does an incredible job with atmosphere and suspense. Crain was one of the few black directors to direct blaxploitation films, and he made the most of it. Crain would go on to direct the underappreciated Dr. Black, Mr. Hyde. 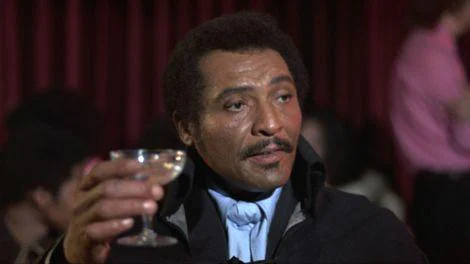 Blacula is not just great entertainment, it's also an important work of black cinema. The film was one of the top-grossing films of 1972 and was the first recipient of the Best Horror Movie award at the Saturn Awards. Its success lead to subsequent horror films with predominantly black casts. I think the film works as well as it does because it understands why monster movies speak to us. The best of them allow us to see ourselves in its creature. Monsters are not always innately evil, and they are often victims of an unjust society. Mamuwalde may end up a vampire, but he started as a noble man attempting to abolish an abhorrent institution. Wicked as he may be later on, there is something undeniably sad and human about the character. The fact that he was one of the few movie monsters to commit suicide only cements that. No matter how silly you find its title, Blacula is no joke.