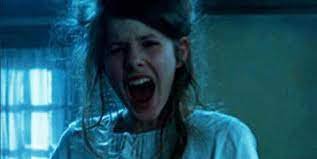 Editor's Note: This was originally published for FANGORIA on May 5, 2006, and we're proud to share it as part of The Gingold Files.

Ah, the 19th century. Life was simpler back then—but not for the Bell family of Red River, Tennessee, who became the victims of a haunting by an especially nasty ghost. As the publicity for An American Haunting has been keen to stress, their two-year ordeal ended in this country’s only documented case of a supernatural entity causing the death of a person. The story is a natural for the screen, and has already been adapted in a pair of homegrown independent features; now comes the bigger American Haunting, whose writer/director Courtney Solomon hasn’t seen fit to keep things simple either. To a tale whose basic elements should have been dramatic enough, he has applied overstated technique and narrative devices that work against the core material.

To begin with, this period film is bracketed by modern-day segments; such a device is too often used these days, as if contemporary audiences can’t be trusted to find their way into an old-time story without it. The opening scene sees a teenaged girl being pursued shrieking through wintry woods, into her house and to her bedroom, before whatever is chasing her recedes. After comforting the girl, her mother begins reading a journal found in the house’s attic, recounting the terrifying events that took place when the Bells lived there two centuries ago. In the film’s original cut, the entries were read in voiceover by a doctor friendly with the Bells; they’re now intoned by the mother, Lucy Bell, who has supposedly written them for her daughter Betsy. One has to wonder why Lucy would feel the need to recount the story for Betsy; you’d think being repeatedly assaulted by a vicious poltergeist is something the girl would remember on her own.

For it is Betsy who becomes the main target of the spirit’s wrath once the film switches to the story proper. After her father John (Donald Sutherland) gets into a land dispute with a local woman rumored to be a witch (Gaye Brown in a brief but memorably venomous turn), Betsy (Rachel Hurd-Wood) begins receiving nocturnal visits from the specter, which first just scares her and then gets physical, dragging her from her bed and across the floor, hoisting her in the air and slapping her around. John and Lucy (Sissy Spacek) are understandably terrified, and for about the first half hour the experience is rather frightening for the viewer too, as Solomon stages the attacks with blunt intensity, in-your-face camerawork and probably too much howling on the soundtrack. He also captures persuasive period detail, with Romania doing a nice job doubling for Tennessee and topflight cinematography (by the late Adrian Biddle of Aliens) and production and costume design. Hurd-Wood is both appealing and game to literally throw herself into her scenes of suffering, while Sutherland and Spacek fret convincingly as her parents.

The family can be helped by neither religion nor reason, the latter represented by Betsy’s teacher, Richard (James D’Arcy), who continues to insist on non-paranormal explanations for her plight (and may be taking more than a mentoring interest in the girl). As the movie goes on, it slowly but surely falls into metronomic plotting, as Betsy is attacked and everyone wrings their hands about it, followed by another attack and more hand-wringing, etc., and way too many of the scare setpieces wind up being revealed as bad dreams. (You haven’t heard this many “I just had/you were just having a nightmare!” lines since the last Freddy Krueger movie.) Solomon tries to pump up the interest with more camera trickery, including one admittedly impressive Sam-Raimi-on-steroids shot that flies all over the house and then out over the surrounding countryside, but after a while you just start wondering when the story is going to get to its payoff.

And then it does—abruptly, and with a revelation that turns the story on its head. Without revealing specifics, Solomon attempts a psychological twist on what has heretofore been a supernatural situation; yet while it’s intellectually intriguing, it just doesn’t work dramatically, and the explanation contradicts a good amount of what we’ve previously been shown. When the movie jumps back to the present day for its conclusion, it’s clear that Solomon intended the revelation to give the tale resonance with our current times, but it serves mostly to point up how gratuitous the framing device is. The filmmaker may have been attempting a statement about what truly haunts America these days, but shoehorning it into the Bells’ account deflates and negates a lot of the appeal of dramatizing this story in the first place.