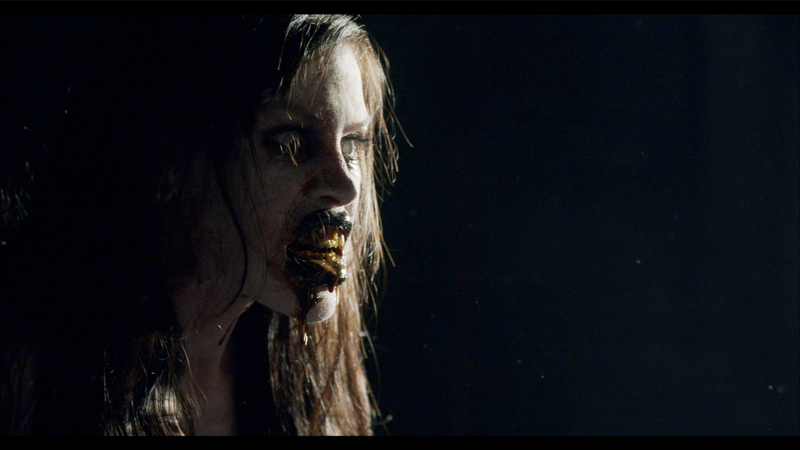 Allegoria is heading to Panic Fest for its world premiere and it will also be landing on Shudder this summer! The horror anthology follows a group of artists as their lives become unwittingly entangled as their obsessions and insecurities manifest five stories of monsters, demons, and death.

Writer and director Spider One says, “I couldn’t be more excited or terrified to release Allegoria. It’s my first feature and focuses on the very real horrors of ego, insecurity, and obsession in the tortured soul of every artist. I hope the audience will sympathize and in some instances take great pleasure in the tragic demise of these characters. The entire cast is stellar and elevated my script to a place I couldn’t have imagined.” The upcoming horror anthology stars Krsy Fox (Frank), Adam Busch (Buffy the Vampire Slayer), Bryce Johnson (Pretty Little Liars), and Scout Compton (Halloween).

Krsy Fox adds, “Playing the role of Brody was definitely one of the highlights of my career. Spider wrote a complicated heartbroken story of an insecure girl that the demons really get to. I remember trying to hold back my sadness for her in so many moments while filming. Producing this film the way we did was such a labor of love and I think the passion everyone had for this project really comes across. It’s gonna scare the hell out of a lot of people and I can’t wait for that! Also being such a huge fan of Shudder and RLJE and having them partner with us on the film is a dream come true.”

Allegoria makes its world premiere at Panic Fest and will be released on VOD, Digital, and streaming on Shudder August 2, 2022.