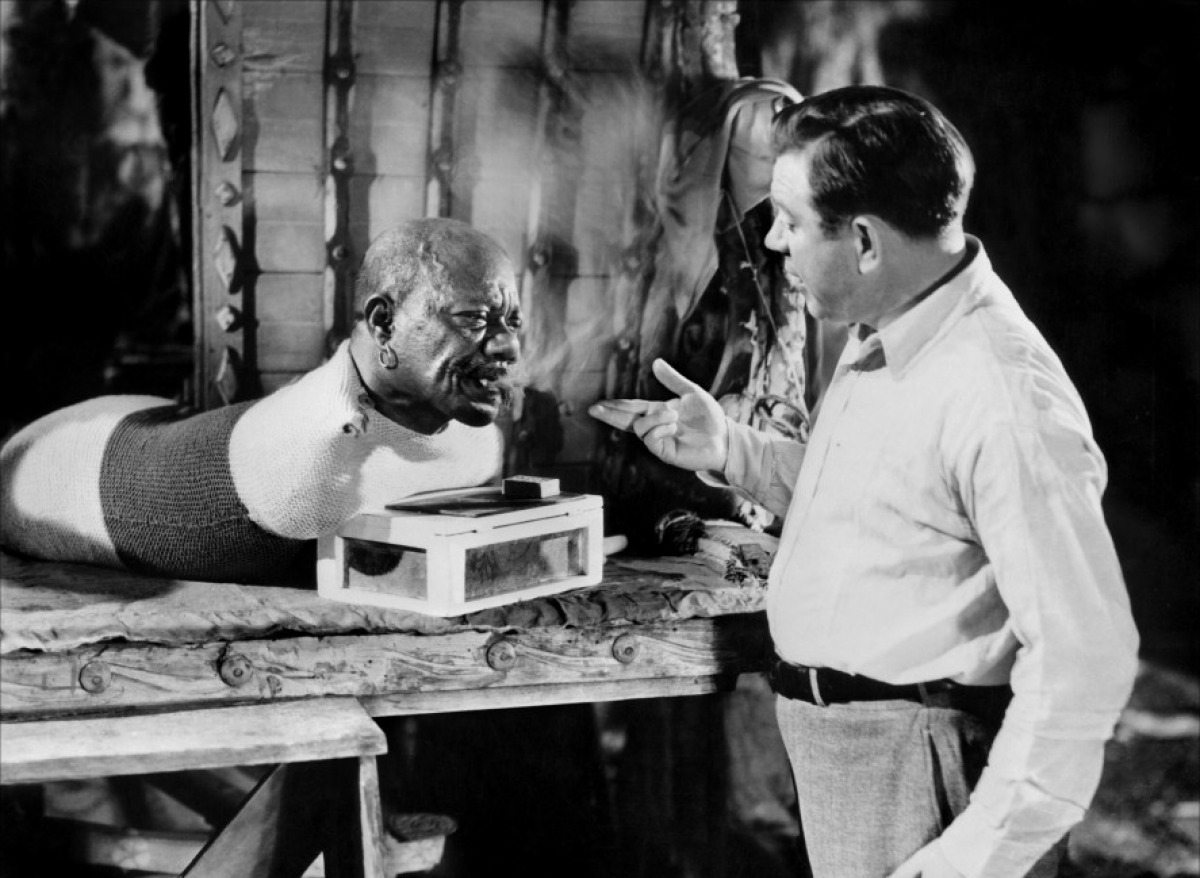 Horror and disability have always been bedfellows, from the time the first monster was created. To be disabled was to be a monster, something to avoid and destroy at all costs. The horror film has been a fascinating off-shoot because, for better or worse, it is the one genre that has been open about disability. Whether it’s Frankenstein’s monster or Leatherface, disability has always been first and foremost in the horror genre, allowing those with disabilities some level of deconstruction about the world of cinema and themselves.

When I was five years old I watched Mary Lambert’s adaptation of Pet Sematary for the first time. The character of Zelda, Rachel’s spinal meningitis-afflicted sister, terrifies me to this day. It was the first time I saw someone “like me,” and by that I mean disabled. Though Zelda was not disabled in the same way, the horror genre taught me about how I perceive my own disabled self and it’s led me through to examining the horror genre more fully with an eye towards disability. This article is by no means a definitive history of disability - such a thing would require a book all its own. Instead it seeks to look at familiar beats in the world of disability and horror to showcase how far we’ve come and how far we still have to go.

The most obvious iteration of disability in horror films is the monster, a character who dominated the world of silent cinema through the 1930s. These characters were physically frightening but were presented as childlike innocents, from the body of work of Lon Chaney, to Conrad Veidt’s wide-grinning Gwynplaine in the silent feature The Man Who Laughs (1928) to Frankenstein’s creature yearning for a friend in the Frankenstein franchise and Charles Laughton’s deformed Quasimodo in The Hunchback of Notre Dame (1939). All based on Victorian novels and presented in melodramatic fashion, these characters were terrifying because of how infantile they are. Frankenstein’s monster accidentally drowns little Maria because he believes she’s like a flower. These stories situated these characters as too simple to live, the victims of a cold and callous society.

They were only understood by those equally as kindhearted and pure, generally white women, whose goodness on the outside was matched by their kind hearts, balancing out the deformed monsters by their sides. This relationship dynamic would hit its peak in 1954 with the Creature From the Black Lagoon series, wherein the Gill-Man, an obviously deformed cross-breed of fish and man, falls for the beautiful Kay (Julie Adams). Creature is an interesting case in the relationship between able-bodied women and their monstrous paramours because the audience sees the two unknowingly interacting with each other in a way that feels romantic. You believe the Gill-Man cares more for Kay than do the two able-bodied men on the boat. It probably explains why Guillermo del Toro let the disabled creature and the deaf Eliza (Sally Hawkins) end up together in The Shape of Water (2017).

It wasn’t until the slasher era of the late 1970s and early 1980s that the monstrous disabled segued into the disabled monster. Where characters like Gwynplaine and Frankenstein’s monster were tragic figures of pity, the slasher often presented disabled people as bloodthirsty and terrifying. Characters like Leatherface of The Texas Chain Saw Massacre (1974) were regularly presented as the result of possible inbreeding, connecting disability with incestuous genes. Rape also became a common factor for mentally impaired villains, turning them into sex-starved assaulters because women weren’t kind to them. Others, like Jason Voorhees, were silent killers who persecuted those who were sexual, almost as a comeuppance for the life they couldn’t lead. There was little opportunity to empathize with them, instead portraying disability as something taboo and disgusting, terrifying. The victim now wasn’t the monster, but the poor final girl who would have once been kind to those same characters.

Disability in cinema remains mired in white male characters; interestingly, it’s only been within the last few years that the disabled characters in horror have transitioned from disabled men to disabled women, and those examples have done new things with physical limitations and female characterization. 2013’s Curse of Chucky has a female character who is disabled from birth and is, in the sequel, a sexual woman who is able to take care of herself. Even in Mike Flanagan’s 2016 Hush, the main character is a deaf woman who has her life sorted and must outsmart a ruthless killer.

They also situate women as not necessarily overcoming their disability, but overcoming male oppression in the guise of the killer. This latter component is particularly interesting because so many stories involving disabled characters make the story about disability. This new breed of horror film instead tells original stories where characters happen to be disabled. The best example of this is 2018’s A Quiet Place. Starring deaf actress Millicent Simmonds, what A Quiet Place does is that, for a majority of the feature, the narrative doesn’t dovetail with Simmonds’ deafness. The world has been consumed by monsters who are attracted to noise and Simmonds’ character is deaf. The two elements are not mutually exclusive (until director John Krasinski makes the unfortunate decision to unify them), but co-exist in the same universe.

These are the broad strokes of disabled representation in horror. There are more niche highs, like the world of Tod Browning’s Freaks to the upsetting lows of features like Twisted Nerve and The House on Sorority Row, with its mentally impaired killer. There remains the concern that able-bodied actors are nearly always playing disabled (nothing has trumped Tod Browning’s 1932 horror feature Freaks for its predominantly disabled cast), but what we’re seeing now in horror is a transition, an awareness of disability and a desire to explore it in new ways.

Kristen Lopez is a freelance film critic and pop culture essayist whose work has appeared on Forbes.com, MTV, The Hollywood Reporter, and TCM. Her work on disability in film has appeared on The Mary Sue, RogerEbert.com, and The Daily Beast. She is also the creator and host of the podcast Ticklish Business.