9 Of Our Favorite Final Mothers In Horror 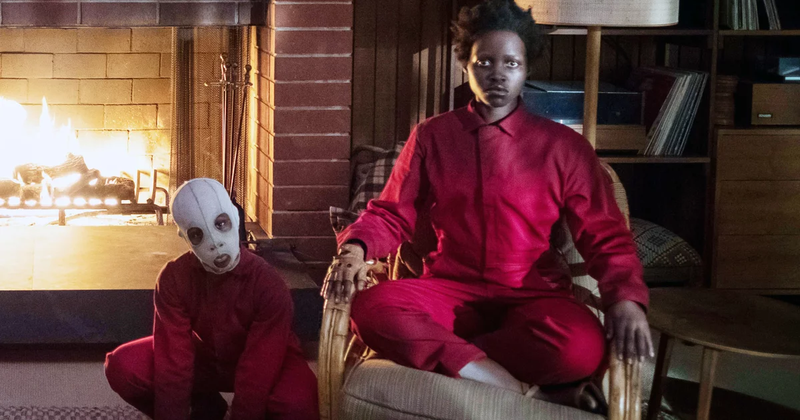 Editor's Note: This is not a comprehensive list of Final Mothers, just a sampling of some favorites. Your favorite may not be on the list, but I assure you we did not forget them and we do not love them any less. Enjoy!

Everyone knows about the horror movie staple character of the Final Girl. The typically female character who outlasts all of her friends and is the last girl standing, coming face to face with the movie's terrifying antagonist. But what happens when the final girl grows up and has children of her own? Coming up against hideous and terrible villains, all the while trying to protect not only herself but also her innocent and often defenseless offspring.

The Final Girl becomes the Final Mother. This evolved archetype of the Final Girl must employ every ounce of maternal instinct she has to keep her children alive. In movies that depict the Final Mother character, more often than not she must fight against her parental counterpart, whether it be a ferocious and abusive father or a monstrous and murderous mother. So to celebrate Mother's Day, and the difficult and terrifying journey of parenthood that many mothers undertake, here are nine fearless Final Mothers. 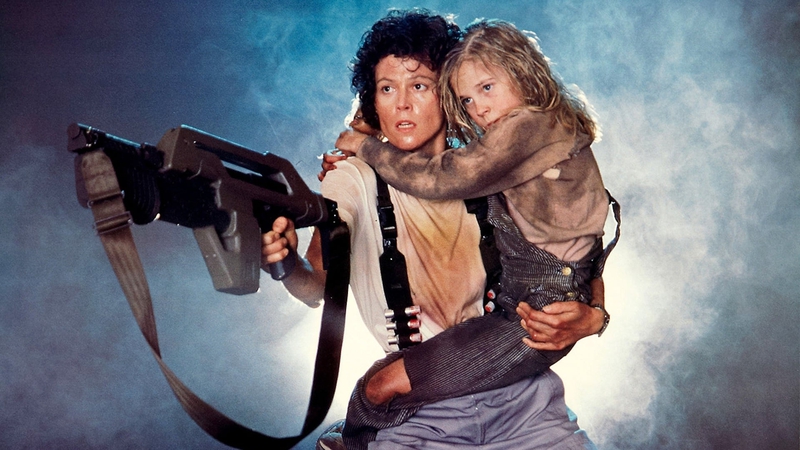 Directed by James Cameron, the sequel to 1979's Alien sees former final girl Ellen Ripley (Sigourney Weaver) come face to face with the Alien queen mother after rescuing a young girl called Newt from a moon colony that has been laid to waste by the alien brood. After destroying the queen's eggs and igniting the rage of the mother, Ripley takes on the role of Newt's fierce adoptive mom, putting herself in danger to save the young child. The interesting maternal take in Aliens is that both Ripley and The Queen are fighting it out to be the Final Mother, both with intense intentions to protect their young. 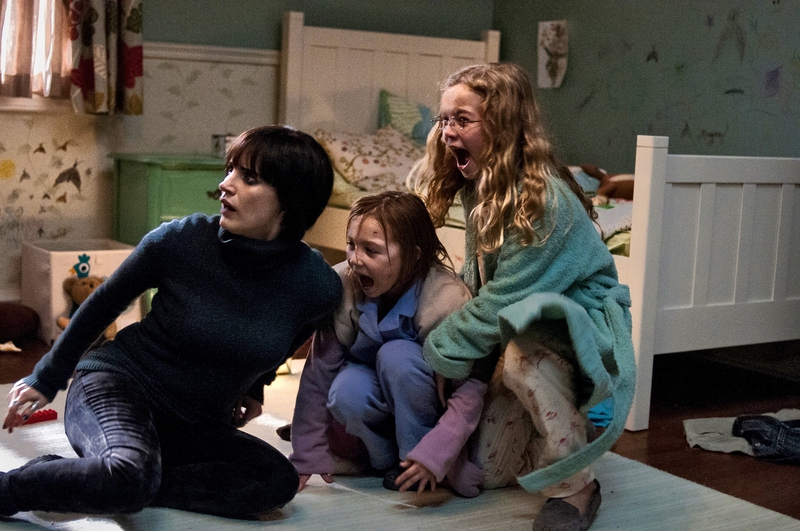 Starring Jessica Chastain as hesitant maternal figure Annabel who, after the discovery of her partner's previously missing nieces, is thrust into a motherhood role attempting to provide a safe and nurturing home space for the two young girls who have been living feral in the forest. As well as the usual parenting woes, Annabel must also attempt to deal with the forest entity the girls call Mama that has followed them into the home. Adapted from the short movie Mamá, Mama is Andrés Muschietti's feature-length directorial debut. With strong influences from gothic fairy tales and traditional folk stories, the film is a supernatural depiction of how deep the maternal instinct runs for both biological mothers and adoptive parents. 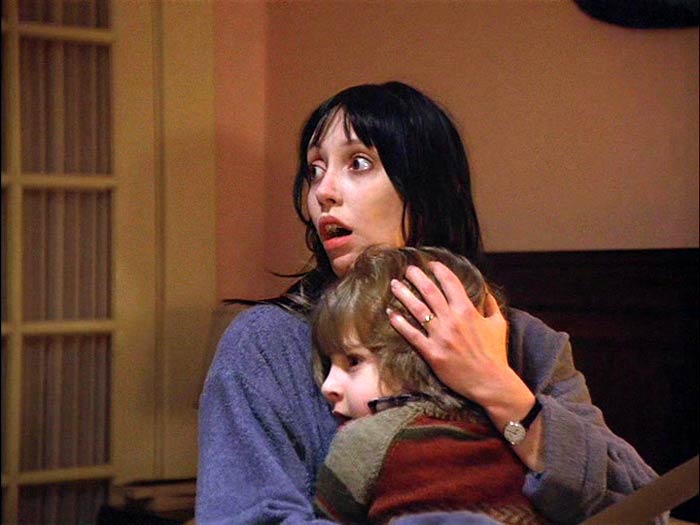 Possibly the original Final Mother, Wendy Torrance (Shelley Duvall), is the epitome of a maternal figure desperately fighting for the lives of both her and her child against familial evil. When Jack Torrance (Jack Nicholson) moves his family to the Overlook Hotel for the winter season, the isolation and the ghosts of the past soon cause the already fractured psyche of the patriarch to shatter, putting his wife and child in horrific danger.

Adapted from the Stephen King novel, The Shining portrays Wendy enduring her husband's verbal and eventual murderous physical abuse in an attempt to protect their young son Danny. Symbolizing the real-life domestic abuse situations that many mothers experience, Wendy's maternal instincts must trump any sort of love she has for her husband to save her child from his ferocious father. 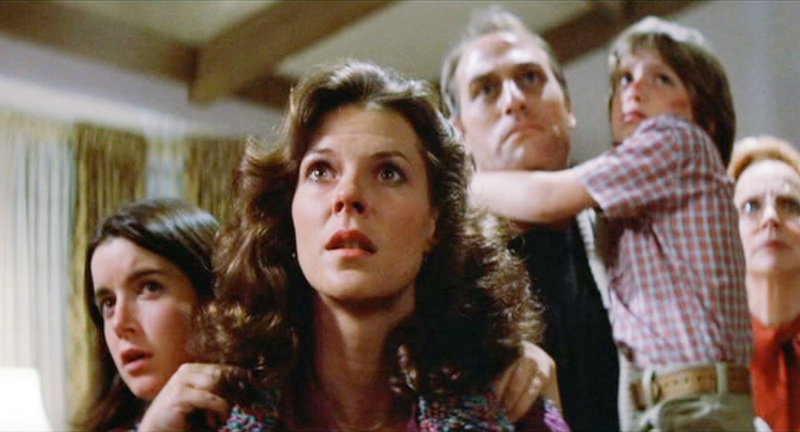 After moving into a brand new housing development, the Freeling family begins to experience strange occurrences that seemingly begin to center on the family's children. These occurrences start off as poltergeist-like phenomena, such as moving furniture and bending silverware, but the supernatural activity soon becomes malicious. Written by Steven Spielberg and directed by Tobe Hooper, Poltergeist portrays mother of three, Diane (JoBeth Williams), fighting against the malevolent specters that have abducted her youngest child Carol Anne.

The highest-grossing horror film of 1982, Poltergeist shows the lengths a mother will go to save her child from evil. Diane must journey to another dimension to pull her daughter out, and despite the house eventually being deemed as "clean" of all spirits, Diane once again bears the brunt of the Beast's attacks on her children in the final sequence. 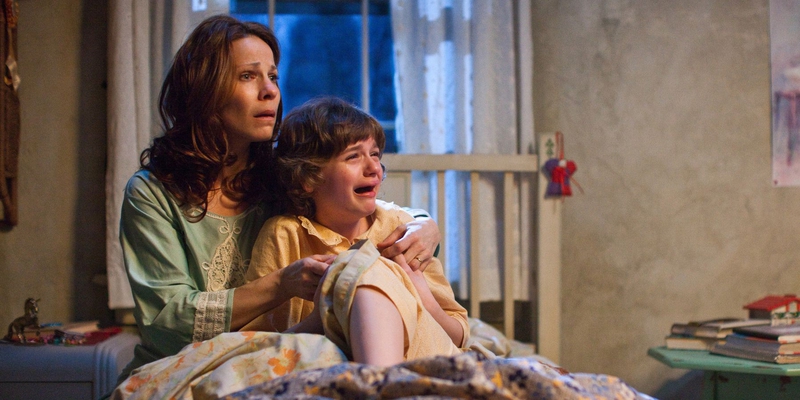 5. Lorraine Warren and Carolyn Perron in The Conjuring (2013)

In typical haunted house fashion, the Perron family moves their brood into an old Rhode Island farmhouse and soon begin to notice reoccurring paranormal events. After enduring increasingly violent attacks, Carolyn Perron enlists the help of demonic investigators Ed and Lorraine Warren. They soon discover the farmhouse is haunted by the spirit of the satanic witch Bathsheba, who sacrificed her week-old baby to the devil.

Bathsheba soon possesses the mother, focusing her abuse on Carolyn, putting the Perron children in extreme danger. Bathsheba also attempts to attack Lorraine's child Judy through the use of the Annabelle doll, and so Lorraine must exorcise the witch from Carolyn to protect both of their families. James Wan's The Conjuring depicts both the mother figure as a fierce protector and also the mother as a monster, committing the most unspeakable act of infanticide. 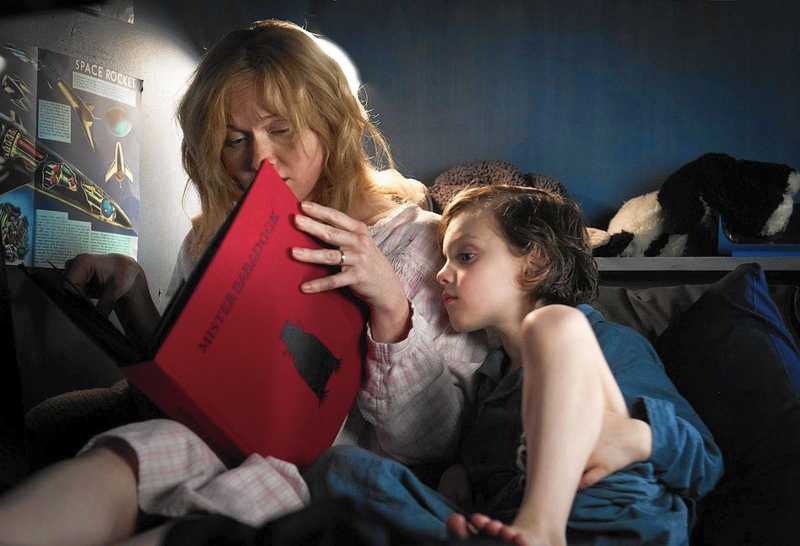 Sometimes the monster that the Final Mother must come up against is herself, and this is certainly the case in Jennifer Kent's The Babadook. After finding a terrifying children's pop-up book, Amelia and her son Samuel are haunted by The Babadook. This horrific phantom exacerbates the problems the widowed mother and son already experience. As Amelia eventually allows herself to become possessed by the spirit, she must battle against the murderous feelings coming from within to protect Samuel from herself. Touching on grief, parental depression, and psychosis, The Babadook is an almost perfect representation of what it's like to be a Final Mother, struggling against the very real horrors of parenthood. 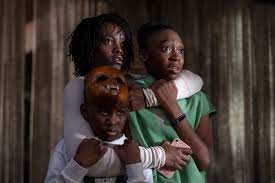 Director Jordan Peele's second horror movie, Us, depicts the story of mother Adelaide (Lupita Nyong'o) vacationing with her husband Gabe (Winston Duke) and their two children, Zora and Jason. Haunted by a childhood trauma she once experienced in the same seaside town, Adelaide is apprehensive about their trip. One night, the family is attacked by their doppelgängers, also known as "The Tethered." Adelaide must battle against her counterpart, Red, and save her children from certain death. With possibly the greatest use of the song "Got 5 On It," the film is an intense portrayal of the evils of class privilege, pitting two mothers symbolizing different classes against one another. 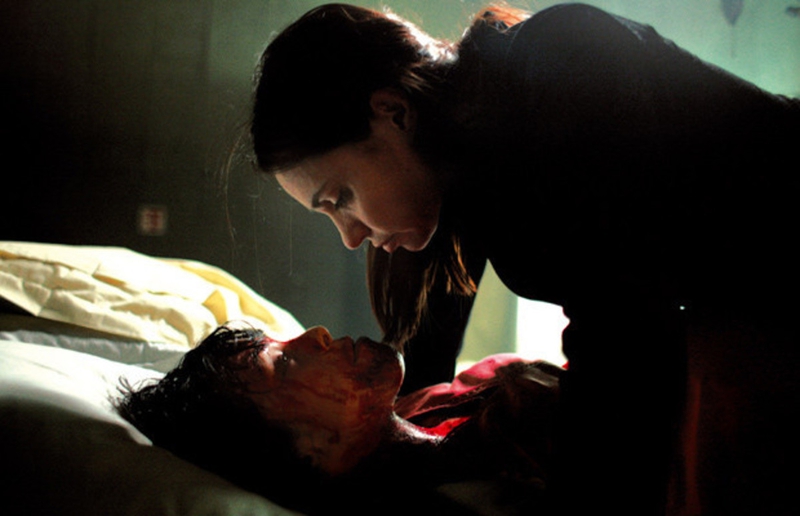 As part of the French Extremity subgenre of horror, Inside is one hell of a tense watch, not for the squeamish. Recently widowed and pregnant, Sarah suffers at the hands of a deranged woman who forces herself into her home and seems hellbent on taking Sarah's unborn baby straight from the womb. Bloody, traumatic, and sadistic, Inside is a battle royale between two women, of which only one will be crowned the Final Mother. 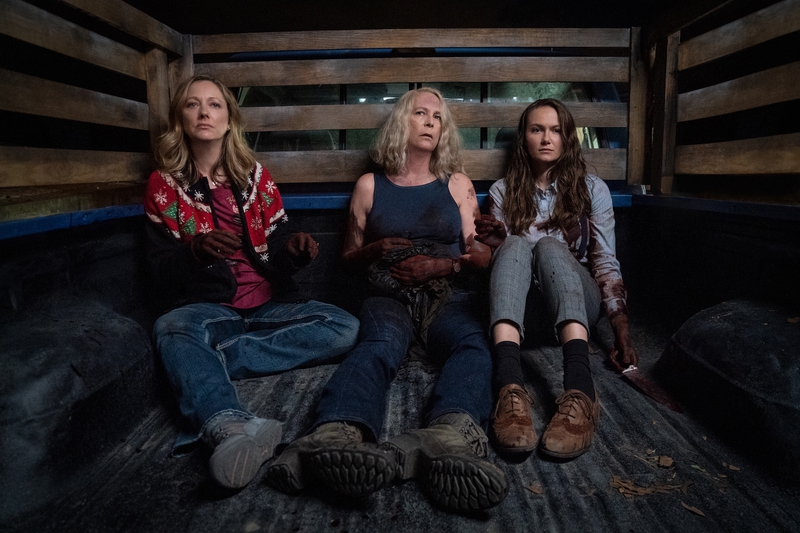 9. Laurie Strode in the Halloween franchise.

As the archetype of the Final Girl, it's no wonder that the OG Laurie Strode (Jamie Lee Curtis) became the paradigm of the Final Mother. Even in the initial Halloween (1979), audiences saw glimmers of Laurie's protective instincts as she fought to prevent Michael Myers from attacking the children she was babysitting. In all branches of the Halloween franchise timeline, Laurie has become a mother and has had to face off once again with Michael in an effort to protect her children, as well as coming to terms with her own PTSD. The evolution from ultimate fiercely protective babysitter to a matriarch with killer instinct makes Strode the Final Blueprint.