40 Years On The Road To THE DARK TOWER

"The man in black fled across the desert, and the gunslinger followed." 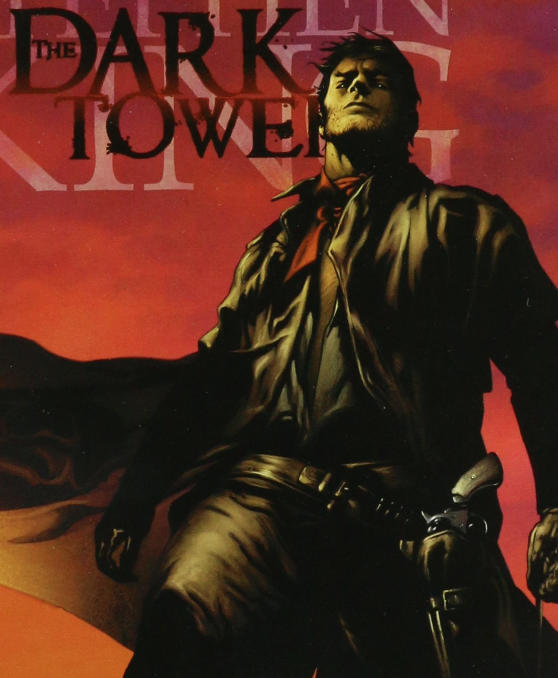 Fate, if such a thing exists, begins when it chooses. There's no predicting its arrival. Often, said arrival is less than subtle. Sometimes good things come to pass, sometimes bad; regardless, it is a wheel that turns, undeterred.

On June 19th, 1970, still four years from publishing his first novel, an author named Stephen King wrote the following sentence: "The man in black fled across the desert, and the gunslinger followed." In doing this, Stephen King sealed his fate, and became destined to write his magnum opus, The Dark Tower.

Now, 52 years later, King's eight-volume series sits on bookshelves across the planet; thousands of pages open a door to one of the most enchanting worlds this particular FANGORIA contributor has ever had the pleasure of visiting. Of course, we could celebrate the existence of The Dark Tower cycle every day, but this year is a bit different. This year, four of those volumes are celebrating milestone anniversaries.

In 2022, Volume 8, The Wind Through the Keyhole turns ten, Volume 4, Wizard and Glass, turns twenty-five. Volume 2, The Drawing of the Three, turns thirty-five, and finally, most importantly, and the reason that I'm here with you all today, Volume 1, The Gunslinger, turns forty.

So, how did King's short story turn into a novel that spawned seven sequels? Well, it's kind of an interesting story if you have a few minutes…

Considering that The Dark Tower was, at the time, quite a departure for King, its publication was severely limited, and it wasn't until the following year that people started to take notice. If you own any books, you've probably noticed that they'll usually list other titles by that author in the opening pages. In 1983, Stephen King had far fewer publications under his belt than he does today, and readers cracking open their fresh copies of Pet Sematary noticed something unfamiliar. In the list of King's other works, beneath Christine, was something called The Dark Tower.

Originally limited to 10,000 copies (in what was supposed to be the only pressing), The Gunslinger begins the epic story of Roland Deschain, the last gunslinger, and his journey across mid-world to the Dark Tower, an enormous, ashen structure that holds all of existence in place. 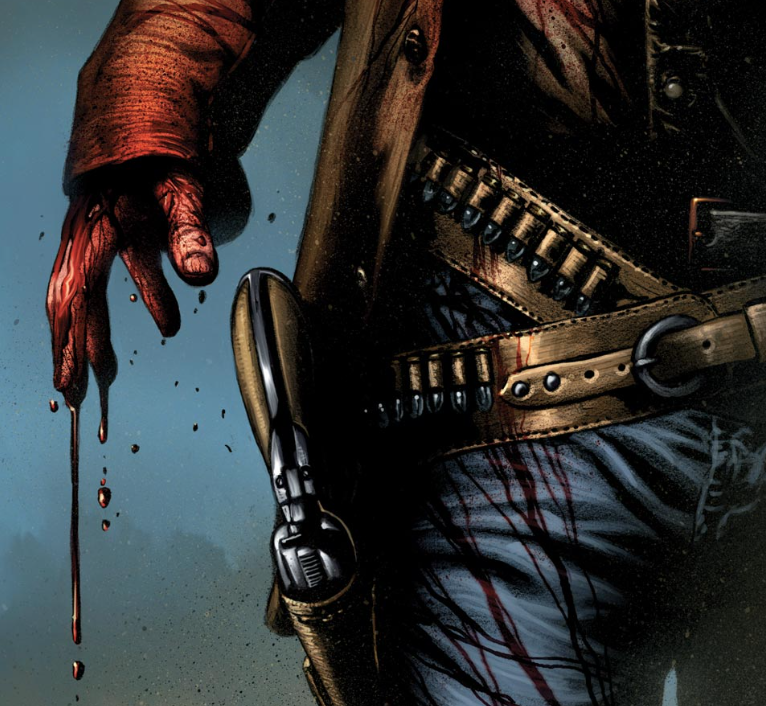 In his book, Road to the Dark Tower: Exploring Stephen King's Magnum Opus, King scholar, Bev Vincent writes: "In 1983, bookstores had no record of The Dark Tower. No one—it seemed—knew how to acquire this mysterious volume." Vincent goes on to write that Doubleday, who published Pet Sematary, received more than 3,000 letters inquiring how people could get their hands on a copy of a book they hadn't even published.

Much like how The Dark Tower series itself stands out from King's body of work as something that is wholly its own genre, The Gunslinger stands apart from the books that follow. King's first installment of Roland's journey is much grittier and meditative than the wild, Tolkienesque adventure which follows. Though there is never a moment where King isn't fully invested in the fantasy of it all, a stark lack of hope flows throughout The Dark Tower's first chapter. Considering it started at a time when King was also writing the novels that would be published under the pseudonym, Richard Bachman—King's earliest novels, written between 1967-1972, are by and large more nihilistic than anything published under his real name—the hopelessness shouldn't be surprising, but it is quite the contrast to the series as a whole (though I feel I should state that this does not mean that it's all sunshine and daisies and elves for the next six books).

Even now, The Dark Tower series proves to be a bit of an enigma when it comes to King's fanbase; it's not uncommon to encounter Constant Readers who have not taken the journey down the road to the Dark Tower. That's totally fine. Not everything has to be for everyone, but I believe out of all the people who do love these stories, none of us can claim it holds a larger place in our hearts than Stephen King himself.

In the afterword of The Dark Tower: Wizard and Glass, the series' fourth volume, King writes: "I have written enough novels and short stories to fill a solar system of the imagination, but Roland's story is my Jupiter—a planet that dwarfs all others (at least from my own perspective), a place of strange atmosphere, crazy landscape, and savage gravitational pull."

That gravitational pull caught me late in life, but it hasn't let go. Growing up a Stephen King fan with ADHD who struggled too much with reading to get much enjoyment out of it, I became hyper-fixated on cinema. It's far more under control these days, but for a long time, I couldn't get past the idea that reading was just too difficult for me.

But fate (or Ka, as we like to call it on this here road) is that wheel I mentioned earlier, and a few years ago, I was given a copy of The Gunslinger as a Christmas gift by a friend who had been urging me to take the journey for a long time. I started reading it that night, and a week later, I was starting volume 4. Not only was Mid-world opened to me, but the world of literature itself, in a way I'd never experienced. I read 100 books that year, about thirty-five of them by Stephen King, and haven't stopped since.

One of King's most famous quotes, "Books are a uniquely portable magic," is true both literally and figuratively. Not only can you bring them everywhere (even the toilet, which King handily points out in his memoir, On Writing), but they can fully transport you to a new world so vivid and utterly flushed with pure imagination.

So, dear Fango reader, on this day, June 19th, a day in which we remember events both fact and fiction; if you find yourself in need of escape to a world aside from our own—as there are other worlds than these— do consider this: "The man in black fled across the desert, and the gunslinger followed." And that's only the beginning.