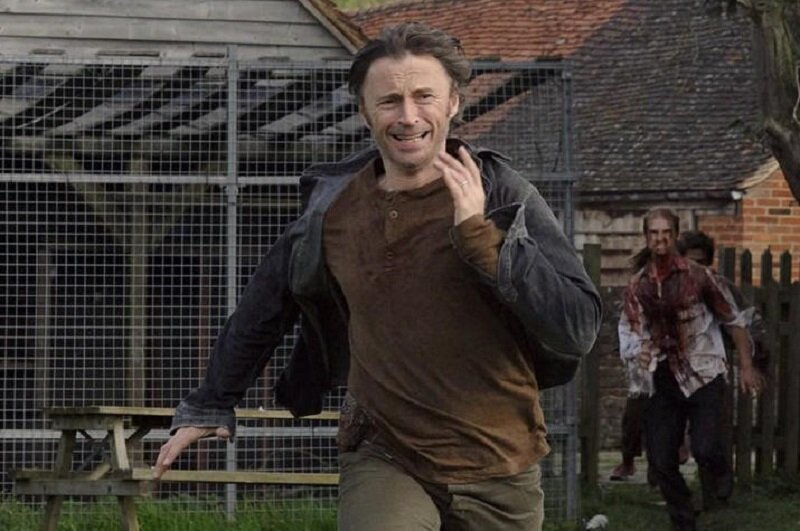 Editor's Note: This was originally published for FANGORIA on May 8, 2007, and we're proud to share it as part of The Gingold Files.

Sequels aren’t supposed to be as good as 28 Weeks Later, which does what more follow-ups should, and so few do: It uses the concepts introduced in its predecessor as the spine for a fresh dramatic story, instead of simply rehashing the elements that made the original work. In so doing, it manages at numerous points to be every bit as scary and intense as 28 Days Later, while maintaining an even bleaker and more uncompromising outlook. This is not the kind of cinematic second helping that hedges its commercial bets by scaling back the confrontational stuff.

28 Weeks Later was directed and co-scripted by Spain’s Juan Carlos Fresnadillo, who won significant acclaim for his 2001 debut feature Intacto. I admired that film’s technique but was left a little cold by it emotionally; not so here, as Fresnadillo and fellow writers Enrique López-Lavigne, Jesús Olmo and Rowan Joffe consistently and inextricably tie the horrific developments in to the protagonists’ emotions and actions. They also demonstrate a skill for quickly and deftly establishing the characters, beginning with a prologue that finds married couple Don (Robert Carlyle) and Alice (Catherine McCormack) holed up with a handful of other survivors of the “infected” plague in a boarded-shut house in the British countryside. Their quiet life of hiding is soon interrupted (a moment incorporating one of several nice visual surprises), leading to a frenzied attack by the rage-crazed, barely human attackers.

The upshot is that only Don is left to greet his teenaged daughter Tammy (Imogen Poots) and young son Andy (Mackintosh Muggleton), who were safely overseas when the infection broke out, after they arrive in District One, a settlement established by the U.S. military across the river from London. With the outbreak apparently over and all the infected dead, the rehabilitation and repopulation of Britain is beginning, and Tammy and Andy are the first children allowed back in the country. Faced with the difficult task of explaining what happened to their mother, Don lies about those circumstances—setting in motion a chain of events that inexorably, dreadfully leads to the virus getting loose again. I’m loath to reveal any more specifics, because Fresnadillo and his cohorts have a few unpleasant surprises up their sleeves, and don’t follow the polite rules of character mortality—or to put at as Joe Bob Briggs would, it satisfies the first rule of drive-in moviemaking: Anyone can die at any moment. I will say that those who might fall victim to that rule include Army soldier Doyle (Dahmer’s Jeremy Renner), military doctor Scarlet (Rose Byrne), helicopter pilot Flynn (Harold Perrineau, late of Lost) and overseeing General Stone (Idris Elba).

No matter what horrible turns befall the characters, however, the reversals of fortune are never gratuitous but rather part of a carefully woven narrative that consistently ups the ante and maintains our concern for these people. The performances are fine across the board, highlighted by Carlyle, who goes through the most significant arc within the storyline, and thoroughly naturalistic young newcomers Poots and Muggleton. The well-wrought characterizations insure that, despite their general plight being similar to that of the leads in 28 Days Later, one doesn’t get the wearying sense of having been through this territory before.

They also help maintain dramatic interest in a narrative that doesn’t pivot on one central character throughout. Fresnadillo and co. risked losing audience identification with this approach, but what they’ve done is told a story in which, in a sense, humanity itself is the protagonist threatened with a terrible fate. As its motley representatives struggle, often bloodily, to survive, the director emulates the jagged, jittery camerawork Danny Boyle employed the first time around, and which has been imitated to the point of annoyance in many subsequent films. It works here because Fresnadillo only utilizes it when called for—the chaotic action and infected attacks are separated by stretches of composed calm or tension—and maintains a coherence amidst the pandemonium that is only shattered when the people on screen have lost their bearings as well.

The explosions of violence showcase a series of extremely convincing and nasty makeup illusions created by Cliff Wallace and Creature Effects, ranging from the bloodstreaked eyes of the infected to a major splatter setpiece that is (no doubt coincidentally) identical to one of Grindhouse’s highlights, but no less effective for it. On what was undoubtedly not an expansive budget, the filmmakers—also including cinematographer Enrique Chediak and production designer Mark Tildesley—have crafted a remarkable vision of a blighted London that suggests a decimation of civilization in general, all set to a scarily expressive score by John Murphy. All of these craftspeople, excepting Chediak and also including editor Chris Gill, are returnees from 28 Days Later, and their efforts have resulted in one of the rare filmic returns to the well that is just as satisfying as the first trip, and stands as a worthy companion piece to its popular predecessor.