Don't Look In The Basement

Horror knows where a homeowner's darkest fears are stored. 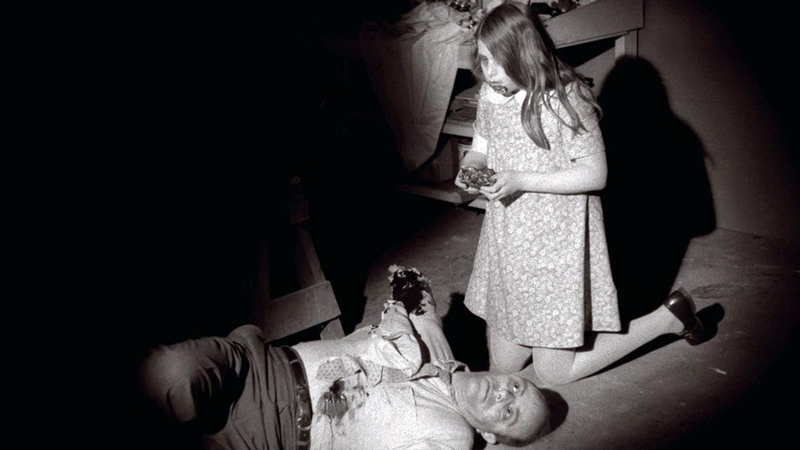 As I sit home for another d̶a̶y̶ ̶w̶e̶e̶k̶ month, finishing up roughly 18 months of such sitting, I’m picking up on my domestic migration patterns, and noticing the parts of the house to which I tend to gravitate. Some rooms get more use than others; the dining room has been turned into an untidy home office and as such sees more action than it did in the Before Times. Other rooms get less use, due to habit or subconscious behavior patterns, but my findings show a clear, curious conclusion: I just flat-out avoid the basement.

I love my house, and I’d go so far as to say I’ve been thriving in this quarantine. As editor of Fango I’ve worked from home since 2018, and what the pandemic has mostly meant for me is that I don’t have to travel anywhere for work anymore. I’m also saving money on restaurants, and avoiding crowds is very much second nature to me. Sitting at home is not a problem. But why do I hate the basement?

Maybe I was traumatized by the flooding that occurred our first year in the home, water seeping up through cracks in the foundation, leading to 3 am Shop-Vac sessions, much panicked mopping, and an eventual spend on a permanent drainage solution that was a bit of a sucker punch to the wallet. Or maybe I’m afraid of seeing a new architectural problem – why is that part of the wall crumbling? Was this beam always like this? I’ve got a real head-in-the-sand approach to home improvement; maybe I avoid the cellar out of mental health self-care.

Or maybe it’s because The Movies have taught me that the cellar is the most terrifying damn location in the house. Nothing good happens in cellars in movies. Dracula rising from his coffin in the dirt-floor catacombs beneath his castle. The last stand of The Incredible Shrinking Man’s eponymous hero, where ordinary homeowner nuisances like a basement flood and a household spider become lethal threats. The cellar is cemented as the cinematic Bad Place in 1960’s Psycho, as Lila Crane finds Mrs. Bates’ shriveled husk in the fruit cellar.

And it did not stop there. In Night of the Living Dead, the cellar – despite Harry Cooper being technically correct about it being the safest spot in the house – is where zombie Karen Cooper garden trowels her mom to death before gnawing off Harry’s arm. (After giving his protagonists more room to groove in Dawn of the Dead, Romero sticks EVERYBODY underground in 1985’s Day of the Dead. It ends badly.) 1973’s Don’t Look In the Basement knew what was up, and it put it right in the title. And 1981’s The Unseen is all about a deadly basement surprise. The People Under the Stairs weren’t the main threat of that Wes Craven film, but they were creepy nonetheless.

The cellar has become lazy shorthand for scary lately. Various Chainsaw sequels, when tasked with trying to make that iconic house of horrors even scarier, could only think to give it a basement. (Logical assumption, but Texans will tell you their houses almost never have basements.) The cliched underground space, with its sparse lighting and moldy environs, has become defanged by cinematic overuse. So can cellars still be scary in 2020? Or in real life? One corner of my basement holds provisions in case the occasionally threatened “supply chain interruption” happens, and I guess looking at that shelf is not what you’d call a safe feeling. Other sections of my basement contain unfinished projects, things I once had plans for but are not likely to ever get to, and that’s a sobering if not scary thought. But my basement is mostly a Museum of Me, housing the accumulation of decades of living: childhood items, work materials, things my deceased parents left behind. All reminders that not only can I not take it with me, but when I go, someone else is going to have a hell of a time sorting through all the debris I’ve amassed. Or maybe they’ll just put it in their own basement where they don’t have to think about it, an existential can kicked down someone else’s road.

I should probably clean the basement.