EXCLUSIVE: Mondo Rides Out this Halloween Season with Hammer Horror 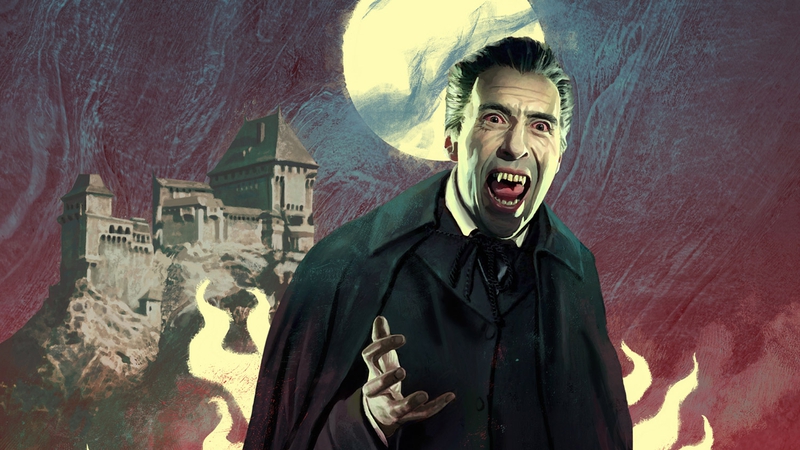 The cool people over at Mondo have given us an exclusive first look at two new Hammer horror posters, both starring Christopher Lee. These stunning and vibrant works are a perfect addition to anyone's horror poster collection and on your wall.

Both posters drop tomorrow, October 19, and feature Dracula: Prince of Darkness with art by J.S. Rossbach and The Devil Rides Out by Robert Sammelin.

Check out the artwork below with print details and some words from each artist about their piece. 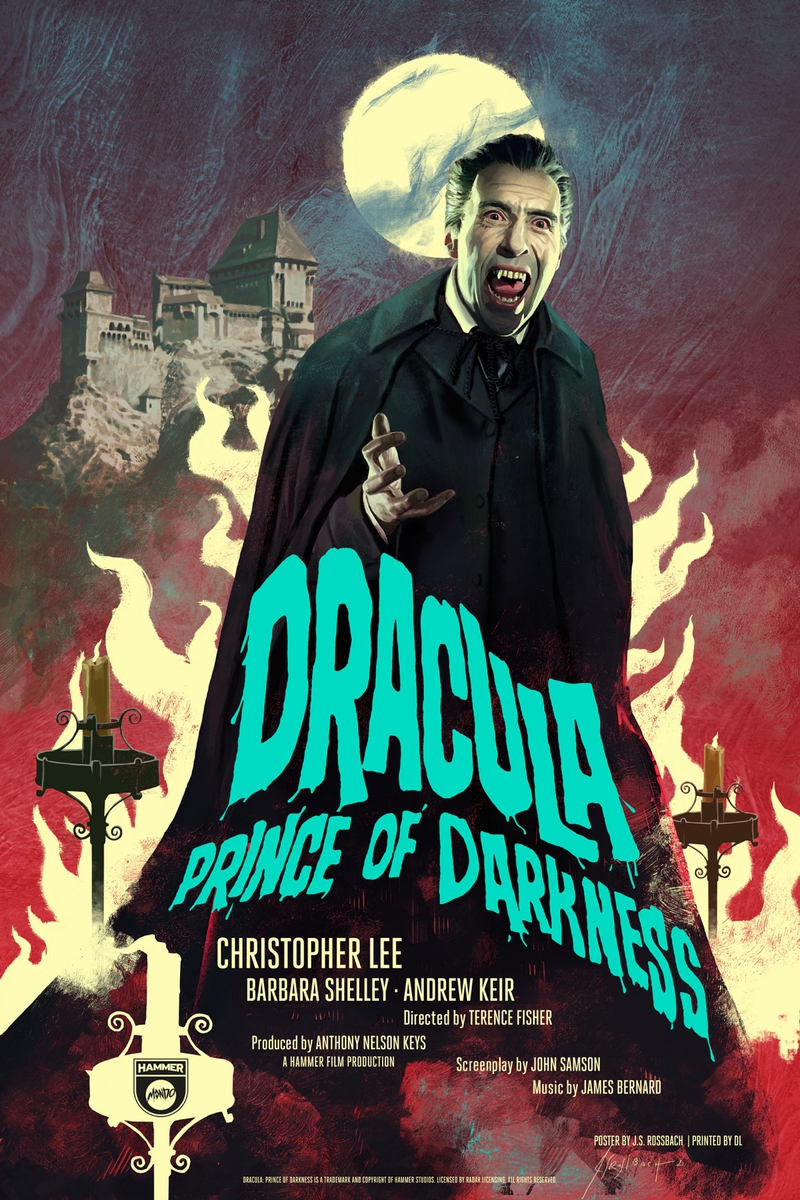 "I am a huge fan of Christopher Lee. He's the only Dracula I want to see, and I've seen all the sequels Hammer Films has produced with equal enjoyment. I am absolutely not objective when it comes to Hammer's Dracula series! I started my career illustrating role-playing games Vampire: The Masquerade, twenty years ago. It was really the subject that was most important to me as a young man, and I am still fascinated with vampires. So when Mondo gave me the opportunity to work on this cult film, I was thrilled, and I knew exactly how I was going to treat my subject. I wanted to pay tribute to Christopher Lee's iconic acting, to his charisma, but also to the posters of the time, which are so much more beautiful and illustrative than those of today." 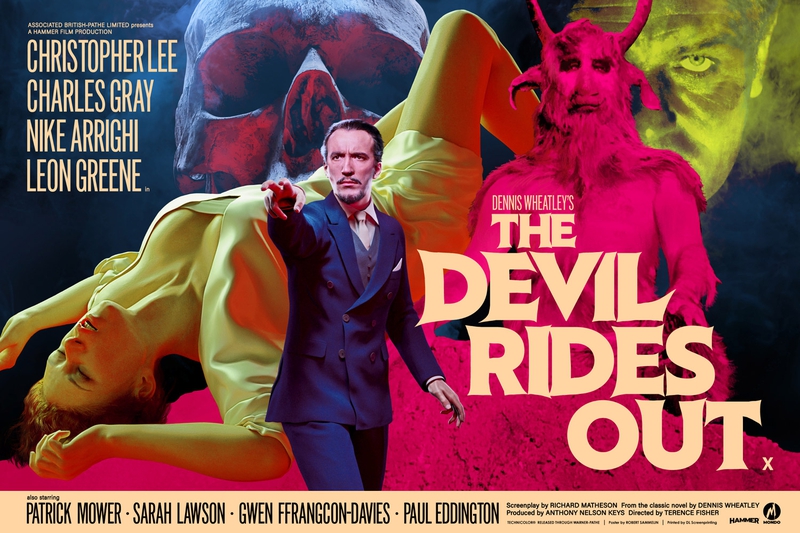 "I had never drawn Christopher Lee when we first started talking about Hammer posters, and for me, Lee is the embodiment of Hammer in a way. Capturing peoples' likeness isn't really a focus of my art, nor is it something I'm terribly good at, and as I absolutely adore The Devil Rides Out, I wanted to make sure I do Lee justice in this poster. Even though I'm a pen and paper person at heart, I had been experimenting with 3D for screenprinting a little and had the idea of sculpting parts of it so I could play with the era's convention of using publicity stills that you never saw in the film, mixed with key scenes or moments and capture close likeness by projecting Lee's face onto a sculpt of him - much like a composite effect seen in films these days. Lee was rarely the hero in films, and I thought it quite apt I'd try out new things for a film in the way he so wonderfully did."

Both posters will be available tomorrow at Mondo's The Drop at 11 AM CST. Don't wait; these posters will sell fast, as they should because they whip ass.