Without Parent Or Guardian

What's scary about horror if it doesn't horrify you? 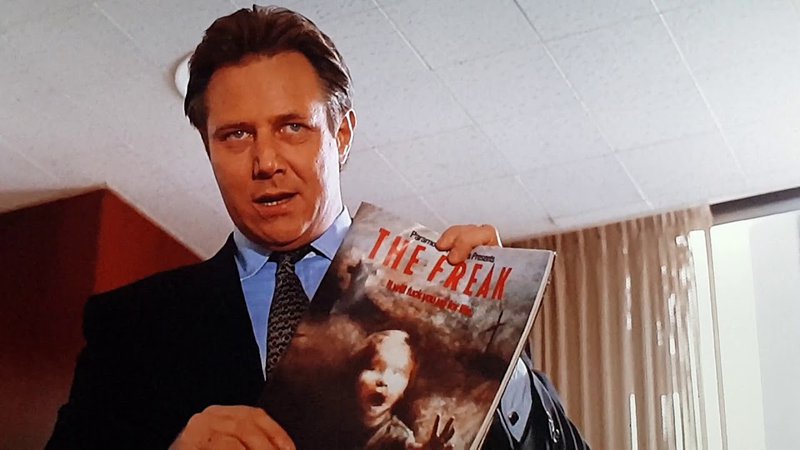 Poke around any half-dozen horror blogs and you’ll come across folks saying they watch horror for comfort, for solace, to help them process their trauma or to “feel seen.” Maybe they relate to the final girl for deeply personal reasons, or perhaps an older horror film takes them back to a happier time, one before job concerns and health issues. Somewhere in the last decade or so, horror has become a much more pronounced safe space for fans.

It’s an intriguing and curious evolution of, if not the genre, the way the genre is ingested. In the ‘70s and ‘80s, horror films were a kind of endurance test/rite of passage. Young, impressionable horror fans would push their limits and see just how much they could take. As a Twitter user so eloquently put it this week, “my favorite thing to do as a kid was to go to the video store and stare at the cover of a shitty horror movie called like ‘THE CRUMMIES’ and scare the piss out of myself thinking about what kind of disgusting satanic shit must be in that movie.” (Same, bud.) We would dare ourselves to watch something that (in a sentiment parodied in 1990's Crazy People) would "fuck us up for life." The agreed transaction between horror and fans was one of confrontation, and we showed up again and again for it. Eventually, one hopes, we picked up some critical thinking along the way and were able to recognize true talent and craft, but as an entry point, the wrongness was the point, and “no one under 17 admitted without parent or guardian” was an illicit enticement.

The only ones purportedly worried about keeping us horror fans safe and comforted back then were censors. The UK had its “Video Nasties” era, in which government offices edited or banned particularly egregious titles, and stateside we had parents’ groups doing a lot of performative hand-wringing trying to save us from this filth. Fango editor Tony Timpone would subject himself to the reactionary shrieking of talk show hosts crying to the heavens about what all this blood & guts was doing to the children.

With those censorial bodies a thing of the past, and with the MPAA rating system growing increasingly quaint (remember: in 1985 Romero couldn’t shoot a zombie in the head without being slapped with an X rating, leading to his films being released unrated; that’s a far cry from the weekly zombie mayhem happening on AMC in 2021), you’d think calls for censorship and content restriction would be a thing of the past. But more and more, we’re seeing an uptick in horror fans drawing their own lines in the sand. Increasingly, modern horror fans are vocal about what is and isn’t okay in horror, creating a de facto crowd-sourced code of conduct that must be somewhat baffling to outsiders. Sure, you can dress as Sexy Freddy for Halloween, but the idea of a horror movie villain harming a child is now so abhorrent as to be a non-starter. We will run out to buy Scooby-Doo-ified toy figures of cinematic serial killers, but a very large faction of fandom will turn off a movie if a dog dies in it. Character deaths, once a soul-shaking moment of, y’know, horror, must now have “agency.”

As we change what it is we come to horror for, is it possible that the backwash can be affecting the actual horror? We've seen the unofficial "good for her" subgenre being made a thing on social. Will there be an observer effect of horror movies catering to this niche? And if scary movies are your security blanket, what happens when horror does what horror was invented for and knocks you on your ass with an existential wallop? The disconnect can be startling. You can be all “Yassss Queen” on Twitter about the end of Midsommar, but are you at that point really empathizing with Dani Ardor’s absolutely horrific journey? (Last week I saw an enamel pin depicting the grisly suicide that opens the film, so your mileage may wildly vary.)

This is of course anecdotal, but it feels like fewer and fewer folks are turning to horror to have their boundaries pushed, to dare themselves to experience something extreme. There are exceptions - writer Zoë Rose Smith’s whole site is about subjecting herself to the most severe horror she can find - but for every one of her, there seem countless others who self-police (and then just police) what is and isn’t okay to show on film, and who seem to have no interest in horror being anything beyond comfort food. I’ve never been good with charts and graphs, but what does that disconnect look like in 10 or 20 years? What will horror look like when horror fans no longer want to be actually horrified?

This was originally published in FANGORIA's email newsletter, The Terror Teletype. Subscribe here!