The Grinch-centric horror parody of the year now has a trailer. 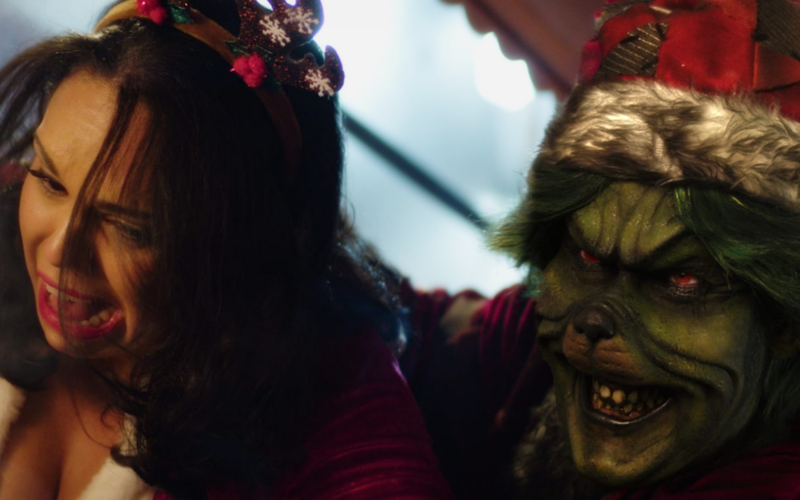 Last week we learned about The Mean One, the forthcoming horror-parody which serves as something of a murderous sequel to How The Grinch Stole Christmas. Yes, the Grinch we used to know was just a mean-hearted ol' bastard who didn't appreciate the festive spirit of the citizens down in Whoville, but the version of the Grinch we meet in The Mean One? Well, he's a bit more complicated.

Let's take a look at that trailer:

"In director Steven LaMorte's movie, [Terrifier 2 star David Howard] Thornton portrays a hairy, green-skinned grump in a Santa suit who viciously despises the holiday season from a mountain high above the town of Newville. Young Cindy You-Know-Who (Krystle Martin), whose parents were butchered by The Mean One 20 Christmases earlier, is returning to town to seek closure... but when the Mean One launches a new reign of terror that threatens to destroy Christmas, Cindy finds a bold new purpose — trapping and killing the monster."

So, The Mean One is clearly smudging the facts a bit in the hopes of ensuring that everyone knows this is a parody, and yeah, it appears to be working with a very limited budget ... but it's not as though there ain't an audience for this kinda thing. Assuming The Mean One hits theaters as planned on December 9th, we're betting folks will show up.

Stay tuned for more on The Mean One as further updates become available.