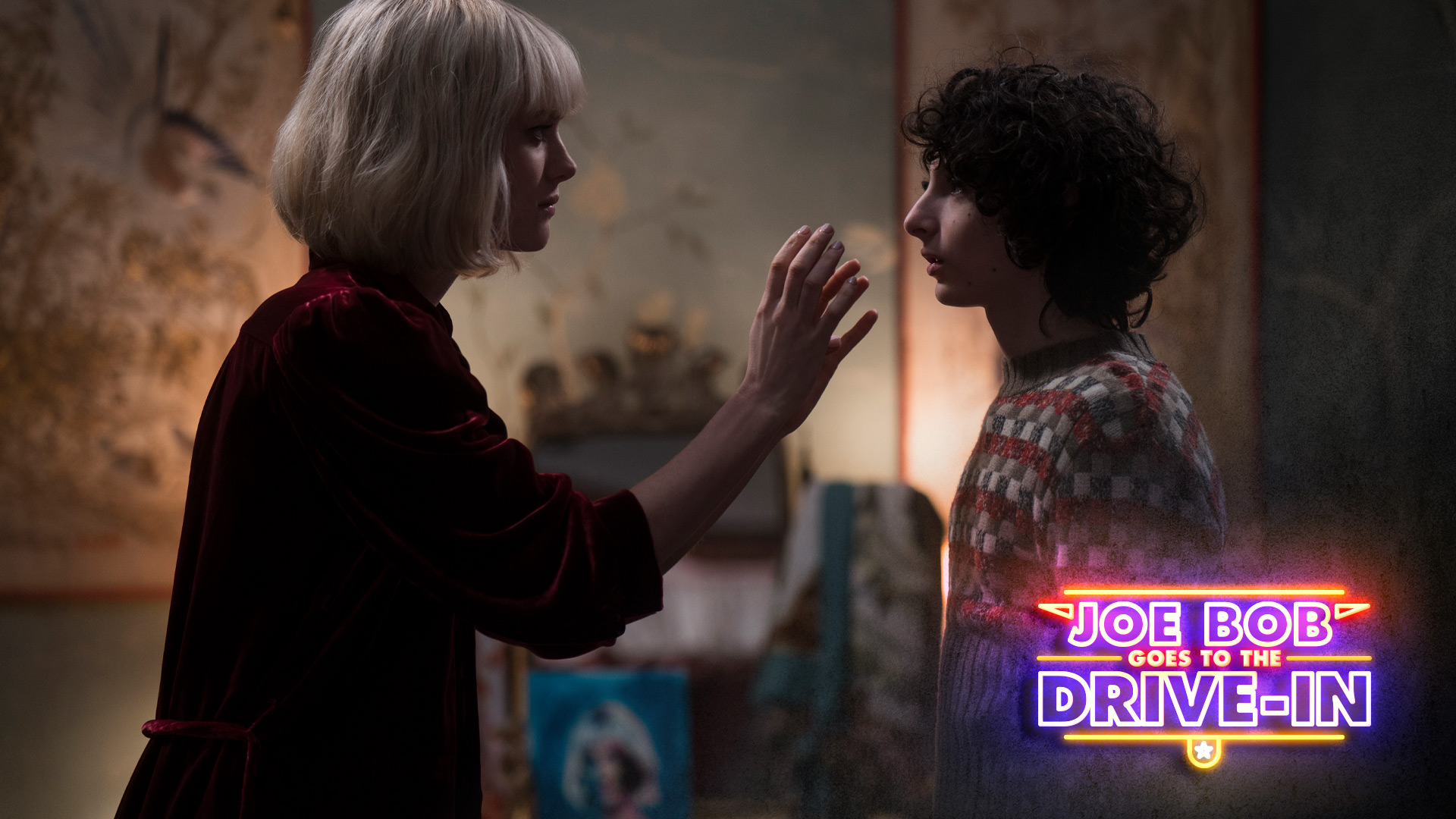 NEW YORK—It’s probably not a good sign that successive waves of “What the fuck?” coursed through the Lincoln Square Cinema as soon as the credits of The Turning started to roll, but then again, Henry James’ The Turn of the Screw has always been a “what the fuck” kind of story.

It’s one of those serialized novels 19th-century writers churned out to pay the bills, and that means that, once James launched it via Collier’s Weekly in 1898, he had three months to twist it, red-herring it, listen to the fan reaction, and play around with a bunch of narrative framing devices that made it unclear who was telling the story and how reliable the narrators were. The title itself means, “You think you’ve heard every type of ghost story? We’re gonna turn that screw a little tighter.” It's one of those tales that concludes with the feeling “And then again, maybe she was just crazy.” I don’t particularly like it, but it’s better than “it was all a dream.”

So the reason filmmakers like the story is that it’s open-ended.

And the reason audiences hate the story is that it’s open-ended.

I think there have been at least five attempts to put The Turn of the Screw on film, and each one has had to deal with an overwhelming problem: the novel is all about what’s going on inside the nanny’s brain and the one place movies can’t go is inside a character’s brain. Movies are all about external images, so creating the internal torment of the nanny becomes a challenge of production design, camera work, symbolism, meta-imagery, and the full tool kit of cinematic tricks. (Michael Winner, of Death Wish fame, is the only guy who had a practical solution. His The Nightcomers in 1971 simply moved all the action into the world of the dead people haunting the present. All the mischief, we find out, was caused by Marlon Brando, the toxic male horse trainer.)‍

The Turning has the richest tool kit we’ve ever seen. Floria Sigismondi, the Italian-Canadian director, is a mastress of the music video, marrying musical concepts to concrete camerawork. It was her suggestion to set the story in the year 1994 and soak the soundtrack with grunge and punk. Paki Smith, the production designer, has created the world of the haunted house itself with such lush perfection—statuary, balustrades, gothic corridors, a surrounding forest, grounds that seem wintry yet inviting—that I wanna live there. (It’s actually an 800-acre estate in Ireland called Killruddery House that’s been occupied since the 16th century by successive English bluebloods sent across the Irish Sea to boss the natives around, so it’s English, not Irish, conforming to the original James story that was set in Essex. And yet the production notes say it’s supposed to be Maine!) The cinematography, the costuming, the use of color—all draw you in and turn the creepy chateau into an irresistible temple of gorgeous doom. We completely understand why Mackenzie Davis, as Kate the nanny, wants to leave but can’t. We don’t want to leave this place either. We’re glad those creepy iron gates won’t open.

Anybody who loves Henry James or horror has already watched The Innocents with Deborah Kerr, so the lack of agreement on what that version means should have been ample warning that the Hayes twins, the writers of The Conjuring, were planning to Screw with us. The Innocents is beloved today, listed on all kinds of “Best” lists, the subject of academic studies, celebrated by film students, but in 1961—despite being released at Christmas by 20th Century Fox—it was not that big a deal. It was actually considered old-fashioned in a particularly British way, since Hammer Films had changed the rules for haunted-house stories and horror in general.

But the reason this latest attempt holds our rapt attention for 85 minutes and then falls apart at the end has to do with breaking its own rules, or not following the rules it sets up in the first place. It’s hard to talk about without spoilers, so I’ll just say this: there are supernatural events depicted that couldn’t possibly be known to Kate, indicating that the ghosts are real, and then there are moments when she sees the ghosts and no one else does, and then there are moments when the ghosts are not ghosts at all, they’re elaborate pranks played by the two mischievous kids. It would be possible to have all three levels of reality and still be true to the story, but only if they’re perfectly interlinked—and they’re not.

The supporting cast is so strong that it overwhelms our confused nanny. Barbara Marten, her face all sinew and furrow and stern judgment, steals every scene she’s in as the ice-cold housekeeper Mrs. Grose. Finn Wolfhard as Miles, the angelic-faced demon of an angry teenager, is a perfect mix of menace with moments of slight vulnerability—and you never know whether he’s acting or truly angst-ridden, which is the whole point. Brooklynn Prince as Flora, the seven-year-old, has the acting instincts of a veteran—she takes a difficult, multi-layered role that’s full of ambiguity and brings it off like any young child who’s just a little flighty from one moment to the next. Surrounded by these three harbingers of evil—four if you count Kate’s mentally ill mother, living in an assisted-care facility where she paints all day and lurks in the background of the story as a heavy-handed genetic explanation for what Kate is experiencing—our courageous nanny cracks, fights back, cracks again, considers leaving, and eventually orchestrates the attempted rescue but without our knowing which event actually gave her the backbone to do it.

When you have a haunted mansion, the root of the evil is normally confined to a certain room. In this movie it’s “the east wing.” Too many rooms. Too many explanations. Too much plot getting in the way of the story. Magnificent talent defeated by the ghost of Henry James.

Drive-In Academy Award nominations for Brooklynn Prince, as Flora, for saying “I don’t have any friends”; Finn Wolfhard as Miles, for saying “You shouldn’t be in here”; and Barbara Marten as the housekeeper, for saying “This is my job, you do yours.”