In other horror comedy TV news... 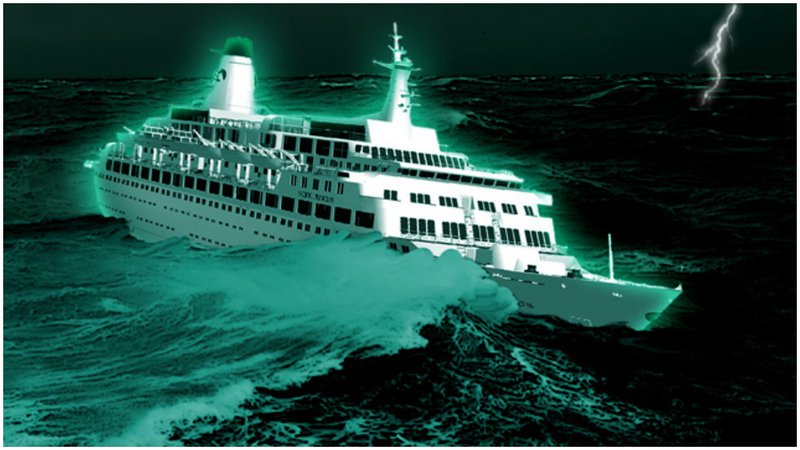 We've got some other horror comedy television news today, with the Variety announcement that "emerging talent" Ryan J. Brown's six-part miniseries Wrecked, set on a mega cruise ship, is heading to BBC Three. I dig the synopsis:

It follows 19-year-old new recruit Jamie as he joins the crew in search of his missing sister. She was working aboard the same vessel on a previous tour and never made it home. Jamie is initiated into cruise life and gets a crash course on the teen tribes within the staff who party hard and remain oblivious to the bloodthirsty murders taking place on board. Jamie is forced to turn detective and uncover the sinister truth.

But even more, I dig the way Brown talks about it:

“In ‘Wrecked,’ the kills are brutal, the laughs are loud, and the heartfelt moments land with real candor. I wanted to create a piece of genre entertainment that had the savvy teen sharpness of ‘Scream,’ the unsettling atmosphere of ‘The Shining’ and the strange upstairs, downstairs mythology of ‘Cabin in the Woods.’ At its core, ‘Wrecked’ is a tense coming-of-age story about a lost, gay kid from Sheffield propelled into uncharted waters of escalating paranoia and self-discovery.”

Scream meets The Shining meets Cabin in the Woods meets (okay, this part is all me) Below Deck? Yeah, okay, that's pretty compelling. If this vessel ends up being a Ghost Ship on top of that? Even better!