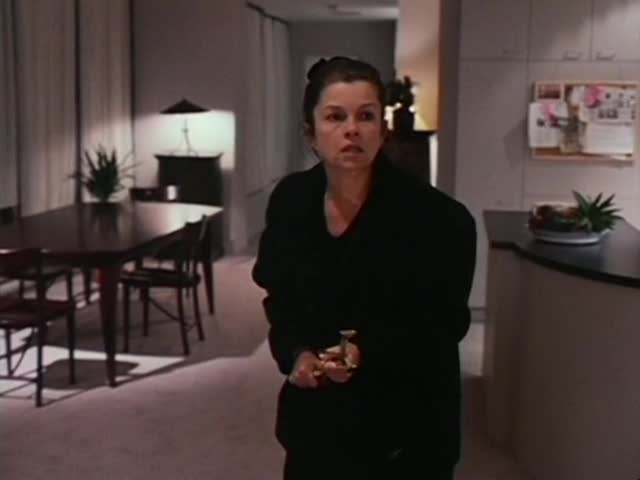 Canadian actor Sara Botsford is best known for her work in television shows such as Anne of Green Gables (2016), The Lizzie Borden Chronicles (2015) and the recent series adaptation of Holly Hobbie, but nestled in the bottom of her IMDb profile are two directorial credits. The primary one is an impressive seventeen-episode run from 2008 to 2015 of the series Those Damn Canadians, but more relevant to those of us with an interest in women-directed horror is Botford's 1997 feature, Dead Innocent; a home invasion story that straddles backlash politics and fears of encroaching surveillance technology in the domestic sphere. While Dead Innocent hardly set the world on fire upon its original release, in retrospect, it's a fascinating snapshot of a very particular historical moment, all told through the subgeneric lens of the home invasion film.

Co-written by Dolores Payne and Mort Pattigo (the only screenwriting credit for either of them), Dead Innocent stars the great Oscar-nominated actor Geneviève Bujold who, for horror fans, is no doubt most immediately familiar for her key role in David Cronenberg's Dead Ringers (1988) in which she co-starred with Jeremy Irons and, er, Jeremy Irons. Likewise for director Botsford herself. Dead Innocent was hardly her only foray into horror terrain, appearing on-screen across her career in films including Murder By Phone (Michael Anderson, 1982), Deadly Eyes (Robert Clouse, 1982), Tremors 4: The Legend Begins (S.S. Wilson, 2004) and Rupert Wainwright's 2005 remake of John Carpenter's The Fog. Bujold here plays successful defence lawyer Suzanne St. Laurent, who we soon discover is less successful in her role as a single mother. Her daughter Nicole is a grunge kid with a grudge and has no qualms letting her mother know how severely the parenting ball has been dropped, a lesson Suzanne will soon learn the hard way when her tech-heavy household is hacked into to assist in the abduction of Nicole. Through cameras, microphones and other surveillance technologies, Nicole's kidnapper gives Suzanne three rules: she is not to touch the cameras, she cannot leave the apartment, and she must not contact anyone, or harm will come to her daughter. Faced with these restrictions, the film's largely unseen villain confronts the apartment-bound Suzanne and forces her to question her career path's ethics.

As far as the surface experience of watching Dead Innocence, it's a fun ride; almost solely set in a single apartment. It relies heavily upon the dialogue-heavy screenplay and, of course, the quality of the performances (while Bujold's talent speaks for itself, for audiences today it is Emily Hampshire who plays Nicole who may be more familiar, most recently appearing in Chapelwaite, Schitt's Creek, and the series adaptation of 12 Monkeys). But with the benefit of hindsight, what makes Dead Innocent an even more fascinating viewing experience now 25 years since it was first released are the dual ways it engages with its two central themes: surveillance technology on one hand, and gender politics on the other. 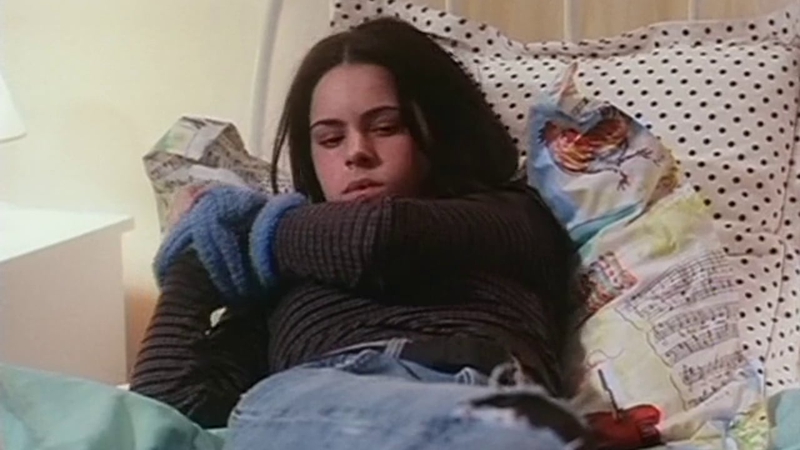 In terms of the film's central focus on the former, it is at first fun – almost kitsch in a way – to marvel at the analog-heavy world of technology that dominates the film and is so central to the narrative. Answering machines, beepers, this is hardly what we would see now as a cutting-edge world of technological advancement. But what is so fascinating about this film is that as the story progresses – and the threat increases – the technology becomes increasingly more 'modern' in relation to the time the movie was made. We see an odd appearance of an early cell phone, and discover that the cameras are remotely operated through wireless technology, working on cell phone frequencies. Today, of course, we take wireless technology for granted, and it certainly wasn't new at this time. In the context of the domestic space, Dead Innocent is an intriguing portrait in a broader sense of the kinds of anxieties that were bubbling away culturally about new technology as it became increasingly normalized in the home. Three years before the Y2K bug hysteria would grip the planet, Botsford's movie is like a snapshot of the tensions and fears surrounding the increasing ubiquity of technology that would soon become virtually epoch-defining.

But even more importantly, Dead Innocent is a frankly incredible film to watch in the context of what Susan Faludi examined in her 1991 book Backlash: The Undeclared War Against American Women. This book was a big deal at the time, where Faludi argued that by the late 1980s and early 1990s, there was a broad sense that the feminist agenda of the 1970s had failed women. Looking closely at media trends and representations of women in the late 1980s and early 1990s, Faludi presents compelling evidence that a widespread anti-feminist narrative emerged and that the goal of professional success – far from allowing women to excel – left them miserable, isolated, and even monstrous. A key example she offers is Fatal Attraction (Adrian Lyne, 1987), where independence and professional autonomy are synonymous with psychosis and violence; a case study that Faludi uses to support her point that the backlash to feminism portrayed across the media is an anti-feminist construction. It's a way of demonizing women who dare to try to juggle motherhood and a career.

On a surface level, then, Dead Innocent would at first suggest to be a part of backlash culture; yes, Suzanne is cold and negligent on the motherhood front, and the film's lesson is a wake-up call to her to not take her daughter for granted. But – and without giving away any spoilers here – the film very deliberately does not allow motherhood to be reduced to such a flat, two-dimensional reading. It's a film of all sorts of different kinds of women, different kinds of mothers, and different kinds of failures – and ultimately successes – that brings a much-needed complexity to the representation of women on screen at this time in particular. In the fallout of backlash culture (Faludi's book was huge, by the way – she was, for some time, a daytime chat show staple on the back of Backlash), Dead Innocent feels more like a critique or a response to Faludi's book than a simplistic demonstration of its central claims.

Backlash is hardly perfect, and it's important to note that in terms of race and class especially, there was even at the time of the book's release important and compelling criticism of it from other feminist thinkers. But so pervasive was Faludi as a figure in pop-feminism earlier in this decade especially, it's almost impossible to watch a film like Dead Innocent and not frame it through the lens of Backlash. And yet, like some of the most enduring horror films – many much better known than Dead Innocent – whether you are aware of the broader cultural context surrounding the film's time of production is ultimately neither here nor there; at the end of the day, it's just a banger of a genre film, and (like so many horror films directed by women) deserves a hell of a lot more recognition than it currently receives. 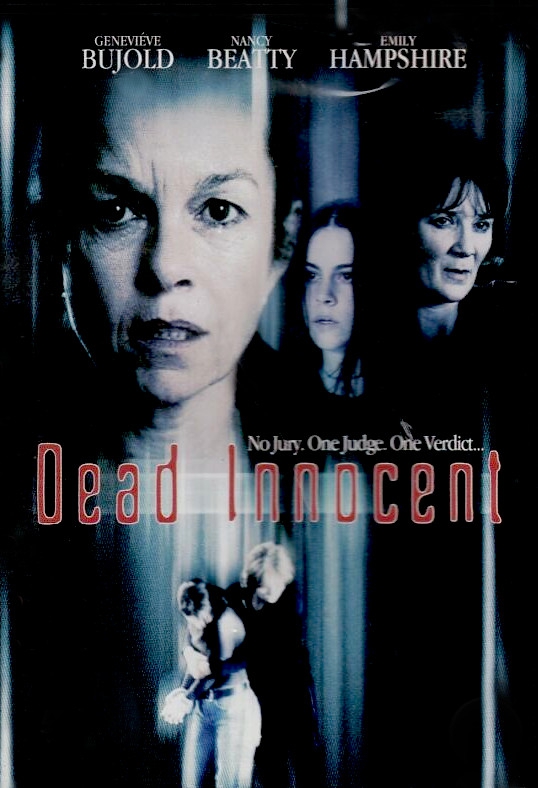