Where's Your Head At? These Are A Few Of Our Favorite... Beheadings.

Like any great story, The Green Knight begins with a beheading. While celebrating Christmas around the Round Table, King Arthur and his knights are interrupted by an oaken colossus in a coat of moss. "Oh, greatest of kings, indulge me in this friendly Christmas game," speaks the Green Knight. "Let whichever of your knights is boldest of blood step forth, take up arms and try with honor to land a blow against me. Should he land a blow, then one year and Yuletide hence, he must seek me out… and bend a knee and let me strike him in return. I will return what was given to me." 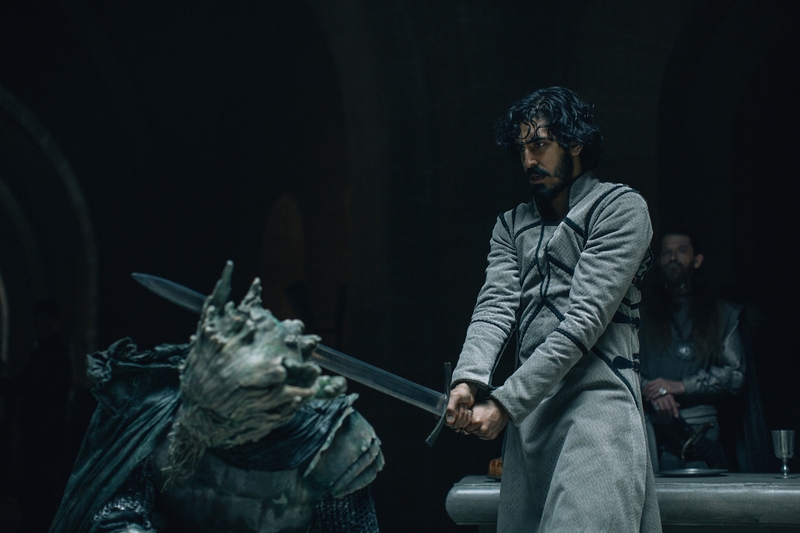 Gawain, longing for honor, takes up his uncle's sword and takes off the Green Knight's bonce. But when the decapitated Knight strolls over, retrieves his head, and rides away laughing, it's clear it's the young upstart who's lost his head here.

Ever since the mannequin met the axe in the 1895 short The Execution of Mary Queen of Scots, countless decollations have been featured in film. But outside the realm of historical accounts, the act is largely the preserve of the fantasy and horror genres. Here, decapitation serves as a plot device, an emotional catalyst, even a punchline.

"We see decapitated heads everywhere," horror scholar and Northumbria University media lecturer Johnny Walker tells FANGORIA. "We've all seen a deer's head mounted on a wall. It's a trophy, a symbol of dominance and victory, a symbol of power. If you can lay claim to somebody's head, their identity, their thoughts, everything that defines them as a person, that's the ultimate dick-swing." 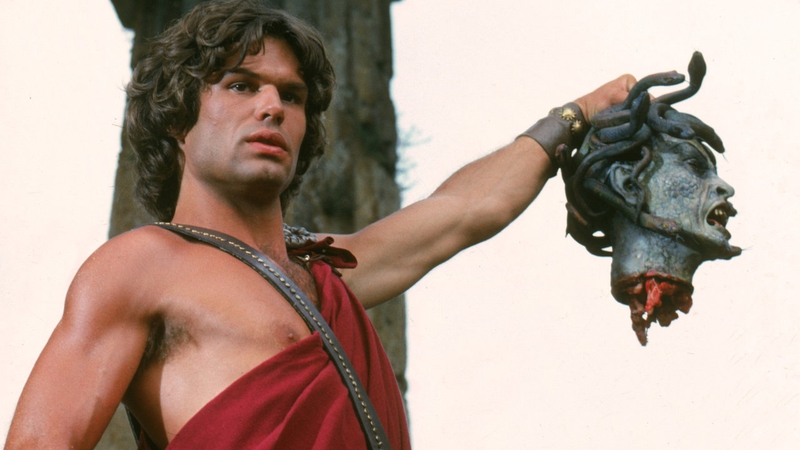 In Clash of the Titans, Perseus must claim the head of Medusa, the great Gorgon whose gaze turns men to stone, to overcome the Kraken. The severed head is not only a trophy, proving Perseus's worth to the watching gods, but also a quest item, a plot voucher that the protagonist must seize in order to save the day and further the story. Here decollation also becomes a mechanism, a means to an end that naturally engenders tension because it ensures close contact between predator and prey. The same is true of many zombies and vampires; decapitation is the most conclusive way to guarantee they stay down.

The immortal swordsmen in Highlander have the same quirk. The last remaining warriors vie to behead each other so that only one remains. Decapitation isn't just a game plan. It's an exhibition of mastery, of the superior species or the better fighter. If you can keep your head when all about you are losing theirs, your prize could be the enemy's crown. But not all such trophies are claimed voluntarily. In many zombie and vampire movies, the protagonist must turn their weapon on a loved one.

After being bitten in vampire siege flick 30 Days of Night, Carter asks Josh Hartnett's sheriff Eben, to kill him before he turns. Eben offs his head with an axe. It takes two blows. Here we get to the heart of what makes onscreen decapitations so unsettling. The horror is not so much physiological as existential, not so much end of life as an erasure of identity. To remove the head is to exorcise the personhood – the mind, the face, the voice – so that only the body, naked, indistinct, unidentifiable, remains. Perhaps the only thing more frightening than it happening to you is having to do it to someone you love. 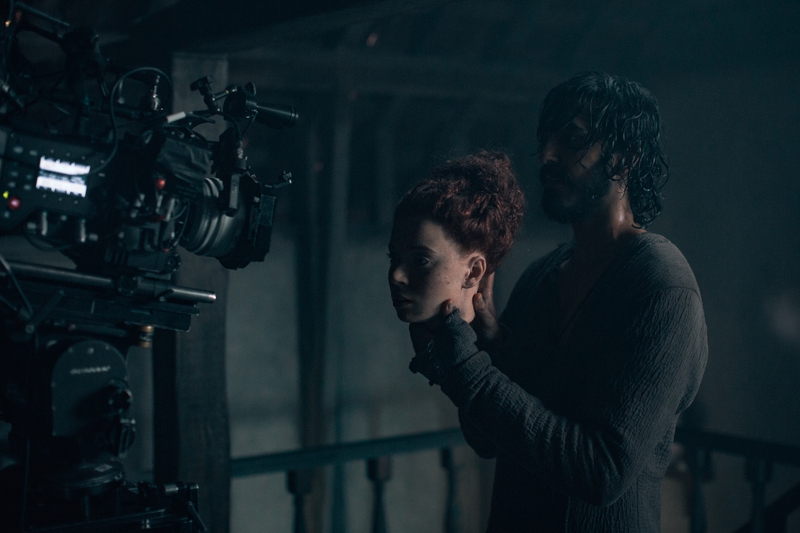 During Gawain's journey to confront the Green Knight, he meets the ghost of Winifred, a murdered woman. She exists out of time and place, unable to rest. Winifred asks Gawain to retrieve her skull from a nearby spring. "My lady, are you real, or are you a spirit?" he asks. "What is the difference?" comes the reply. "I just need my head."

Only when Gawain returns the skull and Winifred's identity symbolically restored can she live in peace. The sequence is a warning; this is the threat that hangs over Gawain's head too. "As will I before the year is out."

Beheadings don't always get the kind of ornate build-up or narrative significance they're given in Lowery's 2021 opus. Sometimes, as in The Omen and Hereditary, they come as shocking surprises. Such ghastly decapitations let the audience know what kind of movie they're in for, if they weren't already well aware. 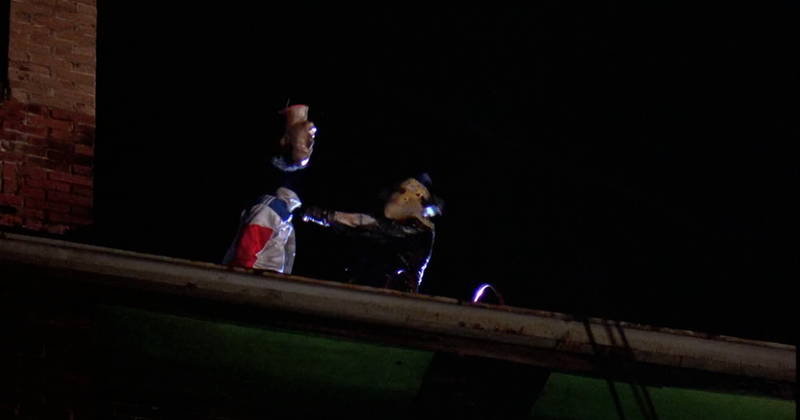 But beheadings aren't always upsetting. In Friday the 13th Part VIII: Jason Takes Manhattan, it comes as a literal punchline. Chased to a rooftop by Jason Voorhees, boxer Julius puts up a spirited fight, pummelling the undead icon until he's utterly spent. "Take your best shot," he says, out of breath. Jason delivers an uppercut that knocks Julius's noodle clean off his shoulders and into a dumpster below. It should be clear by the time the dumpster lid crashes down behind it that this is played for laughs. The sight of a head being flung from its shoulders can be cartoonish. In fact, it might even be slapstick, a genre with which horror and severed heads have a long history.

"Slapstick revolves around physical comedy, as opposed to situational misunderstanding or wordplay," slapstick savant and University of Minnesota professor Maggie Hennefeld tells FANGORIA via Zoom. "The spectator of slapstick expects some ultimate reassurance that the violence isn't real."

There is nothing real about a masked monster uppercutting a kid's noggin off. It's humorous because it's campy and excessive. That said, Julius's death is a bloodless affair. Reduced realism can mean reduced threat, therefore heightening the potential for humor. "That's part of the comedy," Hennefeld says, "how unmotivated and unrealistic the cause of decapitation appears." On the other end of the bloody spectrum, though, gallons of claret can prove comical too.

"Either extremity has the potential to become funny," Hennefeld adds. "If it's entirely bloodless, there's not much threatening about it, and it's fair game for comedy. But I often find body horror laughable, especially when it's so over-the-top, and there's an improbable amount of blood. It becomes funny in its very excess." 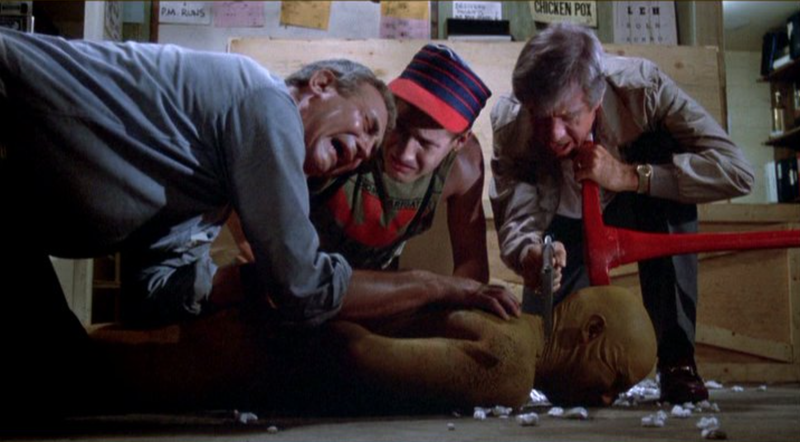 Smushing together the splatter and slapstick genres, splatstick was popularised by the gory and irreverent films of the 1980s and 1990s. In The Return of the Living Dead, the desperate protagonists bury a pickaxe in a zombie's cranium before sawing off its melon. Neither works. Re-Animator, meanwhile, features a lecherous disembodied head as its big bad. Braindead employs a lawnmower, 300 liters of fake blood, and a few severed heads to unforgettable effect. All are very funny.

Now we know why the Green Knight laughs as he scoops up his own head and careens out of King Arthur's court. Who better to find decapitation amusing than the guy picking his head up off the floor? Maybe Gawan shouldn't worry. Decollation didn't prove the end for the Green Knight. "Is this a trick?" Gawain asks of his abilities. In a word: yes. Characters reattaching their own heads can be traced back to the trick films of the silent era. 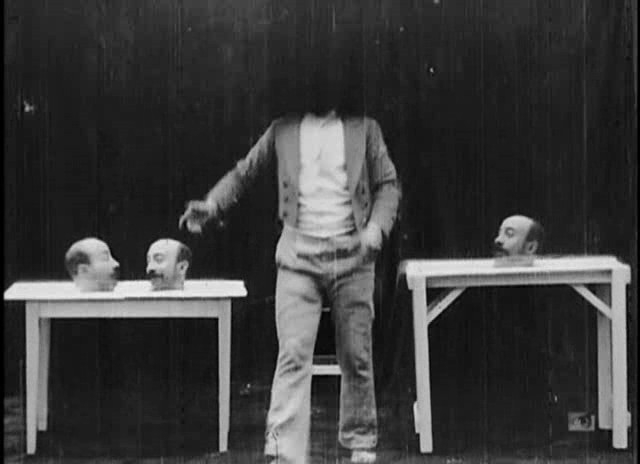 "In trick films," Hennefeld says, "it's just a gag, and decapitated heads are easily re-attachable." In Georges Méliès' 1898 film The Four Troublesome Heads, the illusionist juggles duplicates of his own head before one lands back on his neck. According to Walker, such playfulness is well suited to horror. "Beheading someone is regarded as one of the most extreme things you can possibly do," he says. "It's the ultimate symbol of human expiration. Inevitably, the bleakness of that, the ultimate truth of that scenario, is gonna be played with and subverted endlessly in horror because the genre is inherently playful and subversive."

When what should be a corpse reconnects its own severed head, the heroes often act like headless chickens themselves: when the old rules don't work, how do you respond? Gawain must answer the same question. Beheading is the ultimate symbol of expiration – except when it isn't. 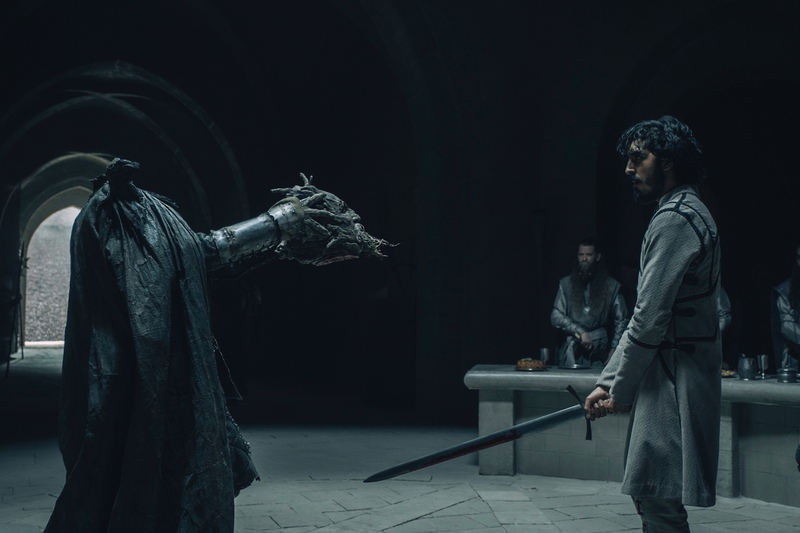 For Gawain, it is. For every action, there is an equal and opposite reaction. The Green Knight begins with beheading, and its entire two-hour runtime is the prelude to another. Decapitation is not only a neat narrative bookend but the device around which Lowery's elegiac tone poem is constructed. When Gawain finally arrives at his inevitable, reciprocal fate, he asks, "Is this really all there is?" The audience may be asking the same question, grasping for meaning, or a get-out clause. The Green Knight responds, "What else ought there be?"

We'll all face death eventually. When all's said and done, Gawain gets a good deal. May all our ends be as swift and merciful as the blade. As the horror genre shows us, there are far worse ways to go.