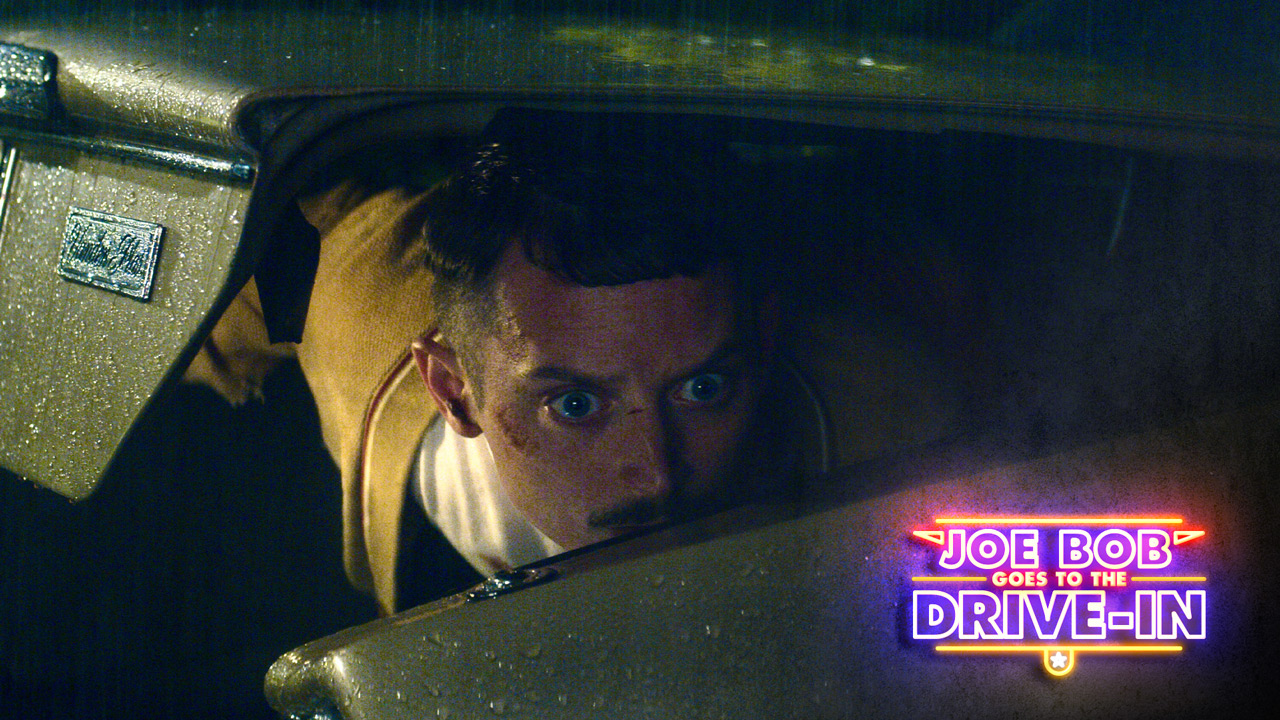 DALLAS—Come to Daddy, now playing at your neighborhood zinc bar, the one with French-speaking bartenders in pastel bodystockings, is one of those arthouse genres that I call International Coded Clusterfuck.‍

International because these movies exist as part of a wide-ranging system of national film boards, tax incentives, and film festivals that make it possible to finance projects in mind-bogglingly complicated ways. (This one is a New Zealand-Canadian-Irish co-production with an American star and El Lay-based production company.)‍

Coded because they use an intellectual film-school language that pretty much says “We don’t need you” to the working-class audience that supports most movies. (Here’s Come to Daddy cinematographer Daniel Katz talking about the film: “[I was delighted] by the script’s own genre-bending rules. One part a retro seventies British exploitation chamber piece, one part J-Horror misdirect, and, finally, a full-throttle, get-in-your-face revenge thriller.” Thanks, Dan, I’m gonna go to Fandango right now and reserve 70 seats for my New Age theosophy class.)‍

Clusterfuck because these are films made at mutual admiration committee meetings (director/producer/festival director/marketer) to which the audience is not invited. (One of the participants in this one is Unit9, a “global production studio”—man, that’s a lot of floor space—with offices in London, Los Angeles, New York, Florence, Berlin, and “Poland.” Note that none of those places are in New Zealand, Canada, or Ireland.)

Nowhere Productions, the Los Angeles company that developed and financed it—or, based on the 97 distribution logos at the start of the movie, arranged the financing—calls it a “black comedy thriller,” which is, of course, an oxymoron designed to sound cool when you’re sharing a lonkero with Lars at the Night Visions Festival in Helsinki.

The movie opens with Elijah Wood, a cropped-hair nerd with a fancy suitcase indicating he has a few bucks, getting off a bus on a lonely highway in the middle of a forest, then setting off through the forest and emerging at an isolated seashore where an old house on stilts commandeers the coast, jutting out over the rocks like a five-star mortuary. Since there’s no bus route in the world, and no itinerary in the world, that involves being dumped in a forest, I think we’re supposed to note the unreality of the story from the very first moment.

Wood is a nervous, confused under-achiever who has journeyed some distance to reunite with the father who abandoned him and his mother 30 years ago, but what he’s walked into is a haunted-house movie, a mistaken-identity movie, a torture-porn movie, a ticking-bomb movie, a dungeon-escape movie, and a body-horror cartoon that could best be described as psychological memory-horror, as the naïve Wood moves through an educational process in which he discovers all the guilty secrets about his father, his mother and himself, while becoming more and more violent in the process.

The international cast is superb, beginning with Canadian veteran Stephen McHattie as a grizzled sadistic alcoholic who may or may not be Elijah Wood’s father, American character actor Martin Donovan as the nasty thief running from his past who also may or may not be his father, Jamaican-British-Canadian Garfield Wilson as the creepy investigating cop, plucky New Zealander Madeleine Sami as the sympathetic assistant coroner who explains why a dead body has to be zipped into a body bag and kept at home for a while, and Northern Ireland’s Michael Smiley as a would-be killer straight out of Reservoir Dogs. (All the violence in the movie is, alas, Tarantinoesque. Sigh.)

Come to Daddy is the directorial debut of Ant Timpson, a New Zealand producer responsible for Deathgasm and The Greasy Strangler, and he apparently majored in Dealmaking and Production Design. He says this is a personal film about his own father, but . . . let’s hope he’s just saying that to make for a cool hipster story, since the third act involves carrying out more than one murder to atone for his father’s sins.

Because this is an International Coded Clusterfuck, I don’t think I’m giving anything away when I tell you three details about the climactic scene:

One character has a spindle driven through both cheeks.

A second character has a giant hole in his head.

The second character says that he couldn’t get an erection with the first character’s prostitute mother because she reminded him of Lord Michael Heseltine, the Conservative British Member of Parliament who served from 1966 to 2001.

I’m sure they loved that moment at the Strasbourg European Fantastic Film Festival, but even if I concede that we’re not in a real place, that we’re in the mind of Elijah Wood searching for the father he never knew, that’s such a big smug “we’re so much cooler than you” message for the horror audience that it amounts to condescension—and I hate condescension. Elijah Wood carries this movie by making each successive unbelievable episode, believable, but it’s too self-consciously slick to be beloved by anyone except cineastes and other species known by French words.

Barbecue fork to the face.

Spindle through the face.

Spike to the cranium.

Drive-In Academy Award nominations for Stephen McHattie as the alcoholic old man with a cleaver who says “I once accidentally kicked a guy’s ear off, I could see right into his skull”; Elijah Wood, as the social climber with a hole in his heart, searching for love; Garfield Wilson as the cop who says “Bad guys have eyes look like raisins”; Michael Smiley as the killer with a flaming crossbow; and Madeleine Sami as Gladys Klondickle, Deputy Coroner, who believes in talking to the dead.

Two and a half stars. Joe Bob says check it out.