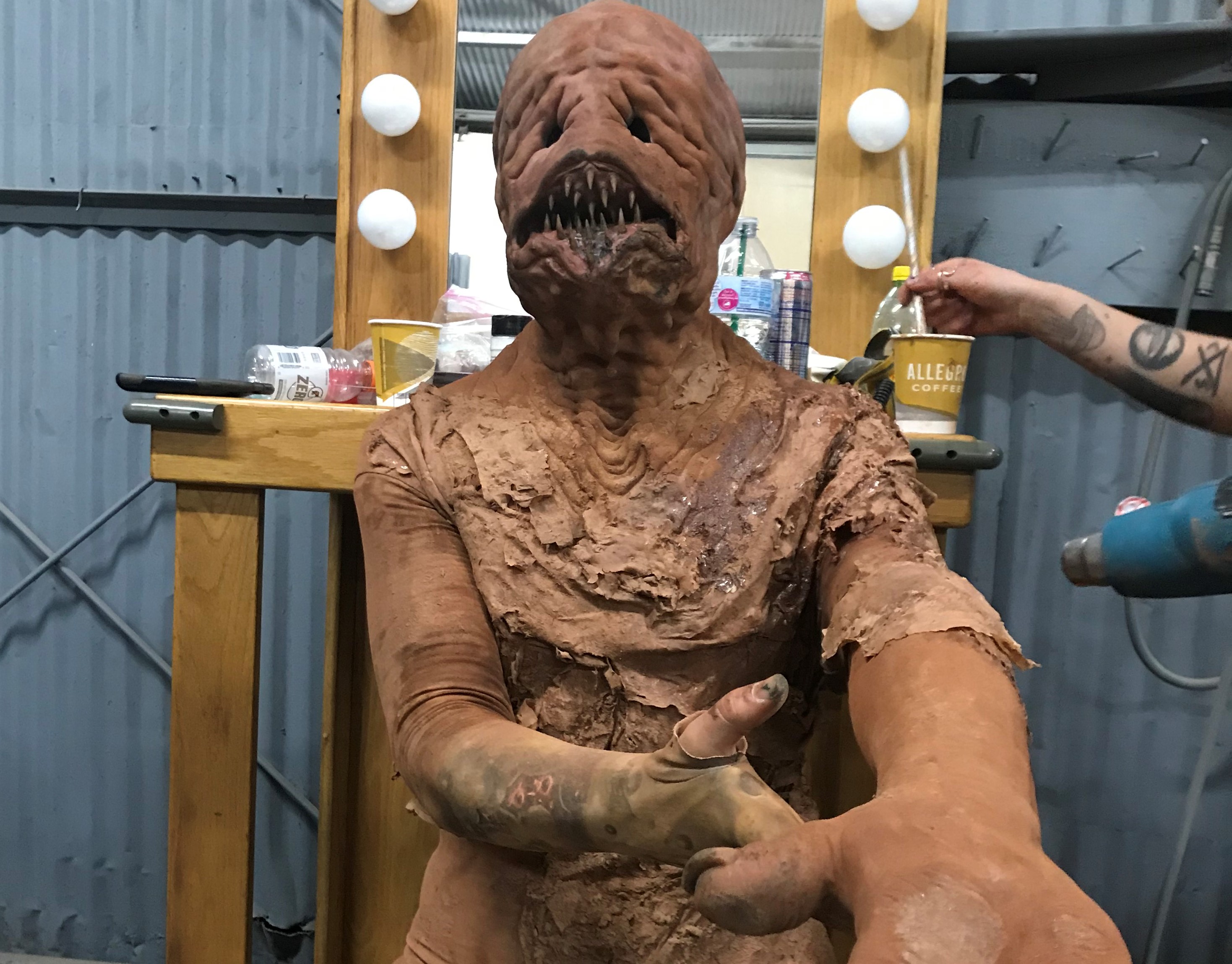 In this last of a series of three articles, filmmaker Gregory Shultz writes about his experience making Night Crawl, a genre short which plays at New York Horror on Dec. 7.

hen I was 13 years old, I met George A. Romero at a screening of Creepshow in Kansas City, Mo. I was too nervous to talk to the towering horror icon. I was there with my uncle, Bob Shultz, a film critic who conducted the Q&A. When I was 12, Dawn of the Dead blew my head open like a blast from a shotgun.  I had always loved scary movies, but that’s when it really sunk in that making them was a thing. Romero caught me just staring at him like a zombie and waved at me as if he was asking, “What’s wrong with this kid?” He signed a poster and bounced.  The poster read, “Stay Scared. George A. Romero.” I certainly did.

I think about this more and more as I hope for a better future for horror. Being on the festival circuit with our short Night Crawl has made me realize how many people like me are out there who just want to be scared. I feel connected to everyone at horror festivals. It’s like being around family. Telluride Horror Show is a great time that I suggest any horror fan try to attend: a small mountain town packed with horror fans. It’s incredible. Audiences today have seen it all, though. It’s difficult to whip something at them that feels fresh. I’m on a quest to figure out what people are actually afraid of anymore. I’m curious to know if monsters still pack the bite they once did.

Part 1 of 3: Filmmaker Gregory Shultz Has Always Had a Dream of Making Nightmares

The problem with filmmaking is it’s an expensive hobby. A painter can paint whenever he likes, a filmmaker not so much. It takes an army, and anyone who says otherwise is probably making something boring. Like when you hear Francis Ford Coppola say all you need is a van to make a movie. I’m sure all he used was a van to make Apocalypse Now. Yeah, everyone has an iPhone with a camera, but the camera is a small piece of the puzzle. Being able to control an environment always takes a huge coordinated effort. Most of filmmaking is just trying to control your little world. You’re saying next Tuesday, when I stand here, I will see a cave with a monster attacking a prisoner and the light will look just so.  Nothing wants your movie to happen so you have to force it into submission every step of the way. I will say that some of the best moments come out of a failure to control. You have to catch those and make viewers think it was the plan all along.

Night Crawl was my experiment in executing an effective monster tale. Directors often trash the jump scare. It’s not so easy. I think a good one takes skill.  I’m not saying it was a success, but I know I’ve gotten at least a few people airborne.  I’ll keep trying. I’ve found that horror is comedy’s evil twin sister. Somehow an effective scare can often have the same beats and rhythms of a good joke.  If you can get the audience on your rhythm, you can really make them squirm.

Part 2 of 3: Keeping It Real With the Sets and FX of 'Night Crawl'

The current state of horror seems to be in great shape. The best horror films always come at times of political upheaval. Without going too much into it, I think we’re there. I have high hopes for what the ‘20s will bring to horror cinema. I’m calling it now that it’s going to be just as good as the ‘70s. The runway of films that have been made in the last five years seems to be leading to a new era. Movies like The Witch, Hereditary, and Get Out are making huge waves among critics. IT was the most successful horror movie basically ever. It would be great if studios threw some money at horror so we can stop looking back at great films and start looking forward. I’d like to be there when this horror wave happens. Like Bodhi at Bells Beach, I’ll surf it to the grave.

At the moment, we are working on another short. A medieval witch picture called From Satan, With Love. It will be more of the same style as Night Crawl - all built sets on a stage, miniatures, and lots of practical effects. I’ll never be the filmmaker who says we did it as practically as we could. I treat making films almost like theater. What you see in the frame will always be what was there, even if it’s laughable at times.

On Dec. 7, Night Crawl will be playing at the New York Horror Film Festival.  Check it out online. Turn the lights off and the sound up. Enjoy our creature feature, but especially, don’t forget to stay scared!‍