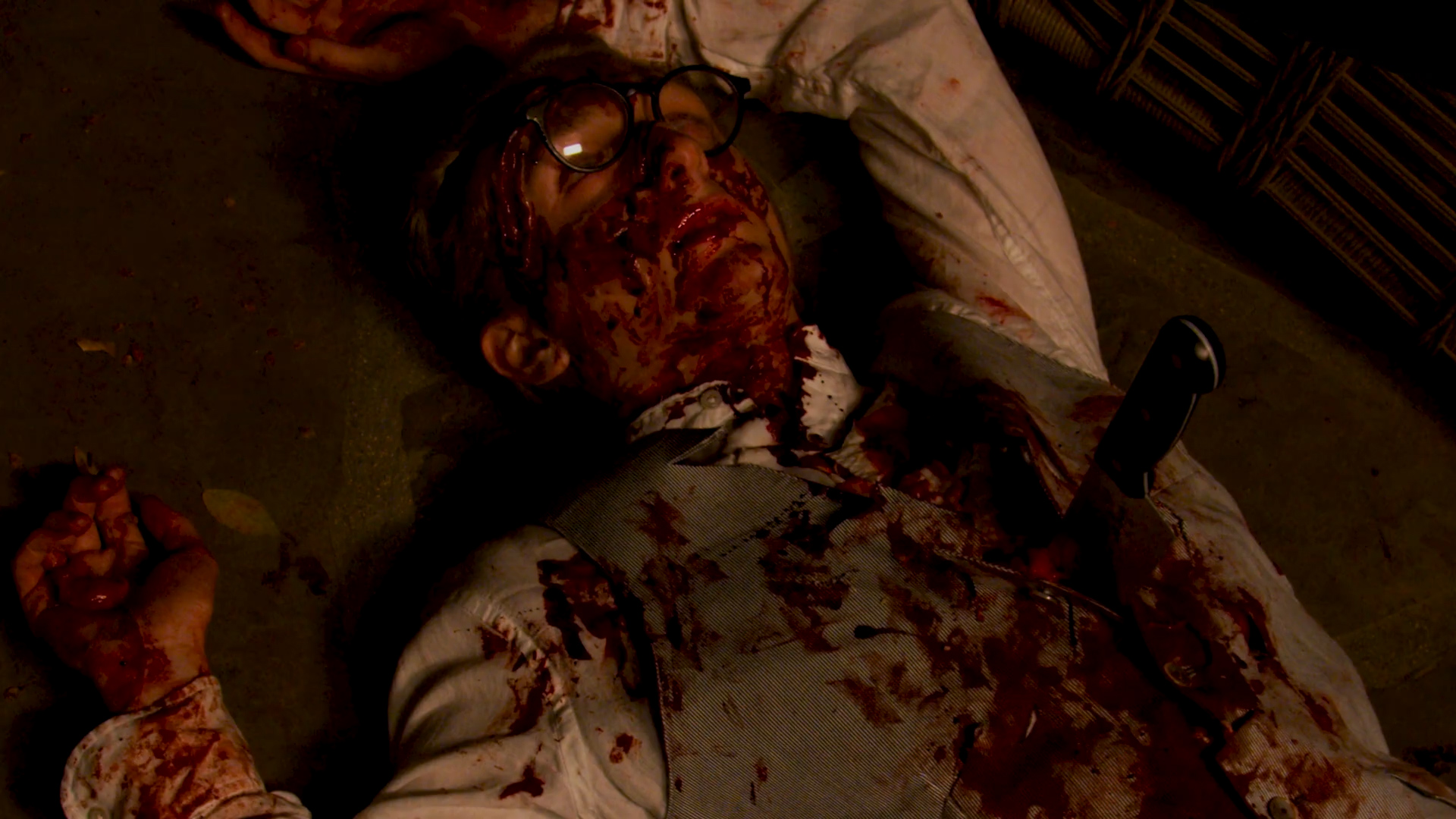 When I first heard the song “Dead Brother” by the band Love Ghost, I thought “what a great opportunity to delve into the psychotic state of a madman.” I’ve known Finn Bell, the lead singer/songwriter, since he was born. Over the years I’ve taken Finn and his father Dan to different horror screenings and events, so it makes perfect sense that they’d ask me to direct a nightmarish music video.

I met with Finn, who is an avid horror fan, to discuss how his dream inspired the song. He shared some of the visuals and ideas he imagined and then I wrote a treatment that incorporated the feel he wanted with a hybrid of genre elements. Realistically I thought we could achieve our goal of a one-day, indie shoot; an East of Eden meets Henry: Portrait of a Serial Killer.

The budget dictated that it would be a pure “Friends and Family” shoot. We cast Kyra Gardner, who I’ve also known since she was a tyke, as the love interest. I met her father, legendary FX Artist Tony Gardner, 16 years ago, when he covered me in prosthetics and fur during my tenure as the Geico Caveman. Oddly enough, Dan Bell also worked with Tony in Sam Raimi’s Darkman, portraying one of Liam Neeson’s foes back in the day. Along with my wife and daughter doing costumes, Jude Bell handling the food styling and catering, the shoot became a family event.

Hassan Abdul-Wahid, the camera operator on the last two Rob Zombie films, was my DP and he brought a few key crew members. My longtime collaborators Josefine Wissenberg, Marc Cohen and Nic Capelle filled the roles of make-up artist, editor and post-production master. Our cast was composed of veteran actors - all friends who generously helped out. Among them was Don Preston, Frank Zappa’s renowned keyboard player. I’ve learned over the years that these ambitious shoots can only be pulled off when you surround yourself with friends and family. It’s what still keeps me passionate about indie filmmaking today.

We set the story in one location, creating a dream-like world with borrowed fog machines and slow-motion steadicam moves. We relied heavily on the costumes and stylized make-up to help create the surreal recollection of the events by the narrator. I scheduled the band’s performance for the end of the long day so Finn would have experienced his character’s bloody, confessional state of mind. Watching the monitor, witnessing Finn’s hypnotic channeling of a madman, I knew this performance would be the thread that would be woven through the entire video.

I’m so proud of how “Love Ghost” has evolved over the short time since these young teens began, and how these young artists approached the shoot like pros. And now with the help of my FANGORIA family, “Dead Brother” will be premiered to the world.

A native of Chicago, Jeff Daniel Phillips' artistic pursuits began with his studies of Fine Arts abroad in Italy and evolved into filmmaking at the University of Southern California where he received degrees in both. After graduation, Jeff amassed over ten years experience as a production designer, art director and prop master for film, television, music videos, commercials and print ads. During his studies, Jeff also developed a love of acting and on the small screen has appeared in HBO’s Westworld and Marvel’s The Gifted. He originated the role of the Geico Caveman, playing the role for eight years. In films, his work can be seen in such films as Zodiac, Becoming, Lords of Salem, Satanic Panic and 3 From Hell.