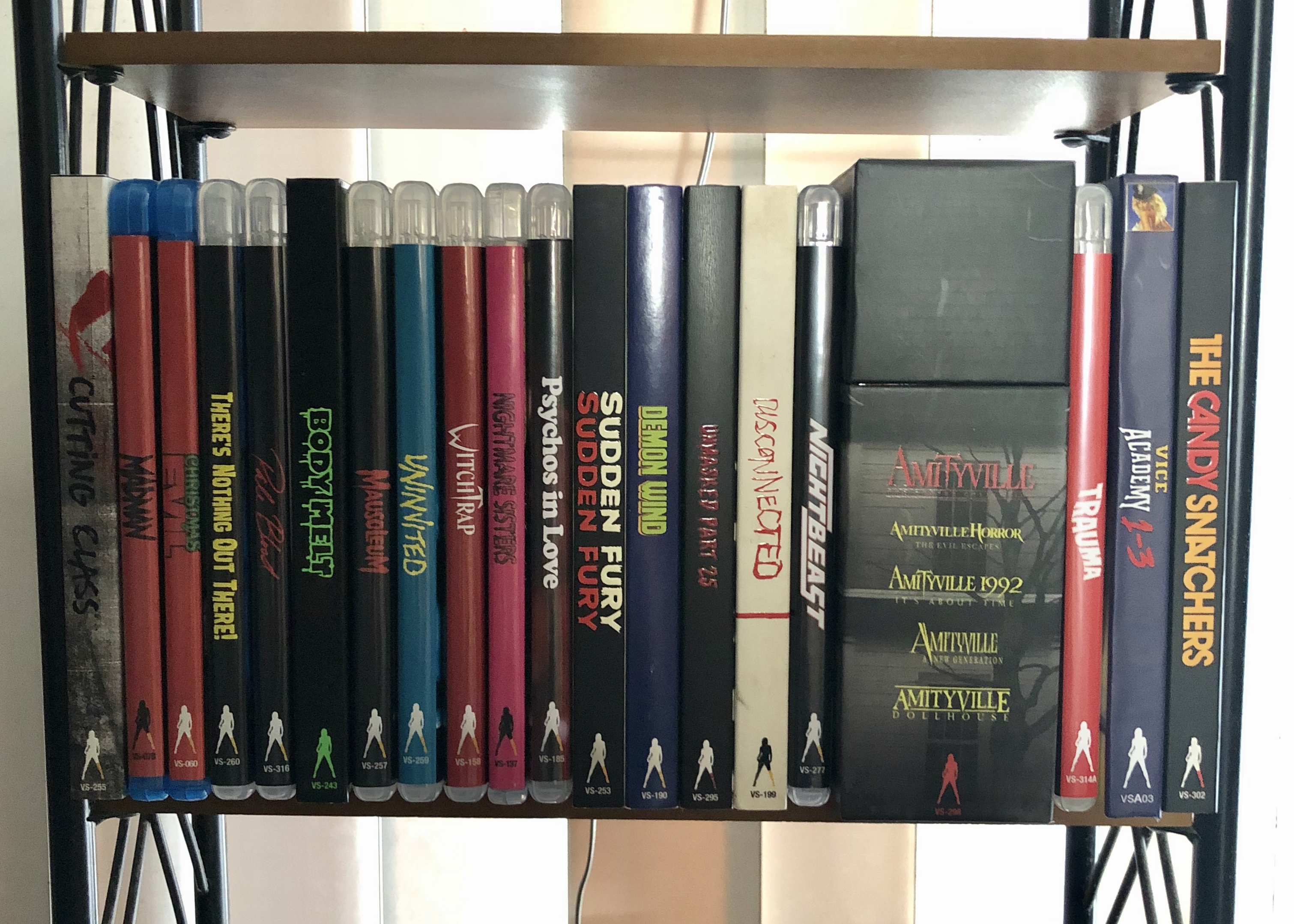 ardcore collectors of physical media have buying patterns down-pat. There are some new releases and special editions for which we just can’t wait. Certain titles are instant pre-orders, especially the limited editions. But then there are those spots on our calendars for which we save several months in advance: Criterion’s half-off sale with Barnes & Noble; Christmas season; Black Friday. Specialty genre label Vinegar Syndrome, has laid claim over the now-annual “halfway to Black Friday” sale where the majority of their titles are 50% off, and they usually surprise us with a few new previously unannounced movies.

Since I tend to consume everything I can, a lot of friends come to me right before these sales. What’s the best of the bunch? What are the essential must-owns? I figured this list was also worth sharing with our devoted FANGORIA readers.

There are different tiers to these recommendations, so let’s start with what I consider to be essential must-owns in Vinegar Syndrome’s discography.

You’re going to want to start with the 1989 slasher cult classic Cutting Class, which features the second movie appearance from a young Brad Pitt, Donovan Leitch Jr. (The Blob 88) and Jill Schoelen (Popcorn, Phantom Of The Opera 89). It’s a pretty wacky high school murder who-dun-it. The way that Jill Schoelen’s father disappears and reappears in the movie is pretty unintentionally hysterical, but overall, this is just a fun VHS-era gem for those that love slashers. There’s also Madman, the 1981 “Cropsy”-inspired flick from late director Joe Giannone that introduced Madman Marz. You may have caught this on a recent episode of Joe Bob Briggs’ The Last Drive-In on Shudder, but you’ll want this pristine Blu-ray that includes a feature-length documentary on the making-of and enduring cult history of Madman!

Christmas Evil is a legitimate holiday-set drama following the mental deterioration of a dangerously disturbed man (in a Santa costume, of course), played by singer Fiona Apple’s dad, Brandon Maggart. You also can’t go wrong with There’s Nothing Out There, a fun comedy-horror piece that opens in a video store and eventually lands in cabin-in-the-woods territory when a feisty little green alien attacks a group of horror-savvy teens! Writer/Director Rolfe Kanefsky has been pounding the pavement with dozens of genre fare since this debut, but this disc could be the most stacked special edition in Vinegar Syndrome’s entire library, boasting bonus features, commentaries, documentaries and more.

If you’re just looking for fun stuff that’s worth checking out, the recent 1990 Los Angeles-set New Wave-influenced vampire tale Pale Blood might be up your alley. It has Wings Hauser and Darcy DeMoss! The Australian gore cult classic Body Melt is definitely a surprising splatter-filled gem waiting to be discovered. You want to get nuts? Let’s get nuts! Early ‘80s video-store favorite Mausoleum features some killer practical FX from the late, great John Carl Buechler and is so bonkers that it has to be seen to be believed. George Kennedy and Clu Gulager star in Uninvited, a boat-set ‘80s horror flick with a cat that vomits out a monster cat that kills people. If you love the original Night Of The Demons, you should definitely check out director Kevin Tenney’s underrated follow-up Witchtrap. In David DeCoteau’s Nightmare Sisters, scream queens Linnea Quigley, Brinke Stevens and Michelle Bauer start out as college nerds and transform into nude sex-starved succubi. In equally bizarre horror-comedy territory is Gorman Bechard’s romantic Psychos In Love! If you want to drop the laughs and just watch something with that serious ‘70s exploitation grit, look no further than Sudden Fury, a suspenseful thriller in which a good Samaritan is pushed too far.

So, the next discs fall in the silly category and may not necessarily be great genre offerings, but they are all entertaining and will be a blast with a small group of friends. (From an appropriate distance, of course.) Part Evil Dead and part what could easily be the main inspiration for Cabin In The Woods, it’s the 1990 stunner Demon Wind! Spoiler alert: That demon on the lenticular cover is not in the movie, but karate-kicking beer cans is! The long sought-after Spookies finally arrived on Blu-ray late last year; a film from two completely different directors with different visions in mind somehow magically fuses into this crazy little fever dream.

Unmasked Part 25 is a British-made Friday The 13th spoof that somehow becomes less spoof and more serious character study about a deformed serial killer that falls in love with one of his would-be victims, who also happens to be blind. There is nothing quite like a confused hockey mask-wearing killer wandering the streets of London, confused and slightly heartbroken. Speaking of Psychos In Love director Gorman Bechard, another oddity in his filmography is 1984’s Disconnected, which features twin girls played by the same actress, Frances Raines, the grand-niece of legendary Claude Raines! One of the twins works at a video store frequented by a serial killer that she starts dating. And then it gets weird. And hey, did you love Panos Cosmatos’ masterpiece Mandy? Remember that bizarre movie that Nicolas Cage is watching at one point while on the couch with his love? That’s Nightbeast, the 1982 sci-fi horror flick that a 16-year-old JJ Abrams worked on as his first on-set feature experience. And of course, Vinegar Syndrome has lovingly restored Nightbeast to all its former glory.

If you want the best bang for your buck, look into a few box sets. Amityville: The Cursed Collection is a good collection of four of the latter Amityville sequels, some of which feature familiar faces like Patty Duke, Megan Ward, David Naughton and Terry O’Quinn. All have special features, including a video interview with the director of each sequel. I just started diving into the recently released Forgotten Giallo collection, and it has some never-released-in-America Spanish horror gems, such as Trauma, a 70’s style giallo riff on Psycho. From what I’ve heard, Vinegar Syndrome is running pretty low on its Vice Academy and Angel collections.

Look, tastes are different. These are mostly examples of the films that I am stoked to have in my home collection. Watch the trailers to the ones you’re contemplating putting in your cart for the upcoming sale. Meanwhile, you can also listen to Vinegar Syndrome’s recent appearance on the Shock Waves podcast for even more guidance and suggestions. (Such as The Candy Snatchers.)